GOP senators in sync on impeachment

Republicans say they have the votes to approve rules like the ones used for Clinton. 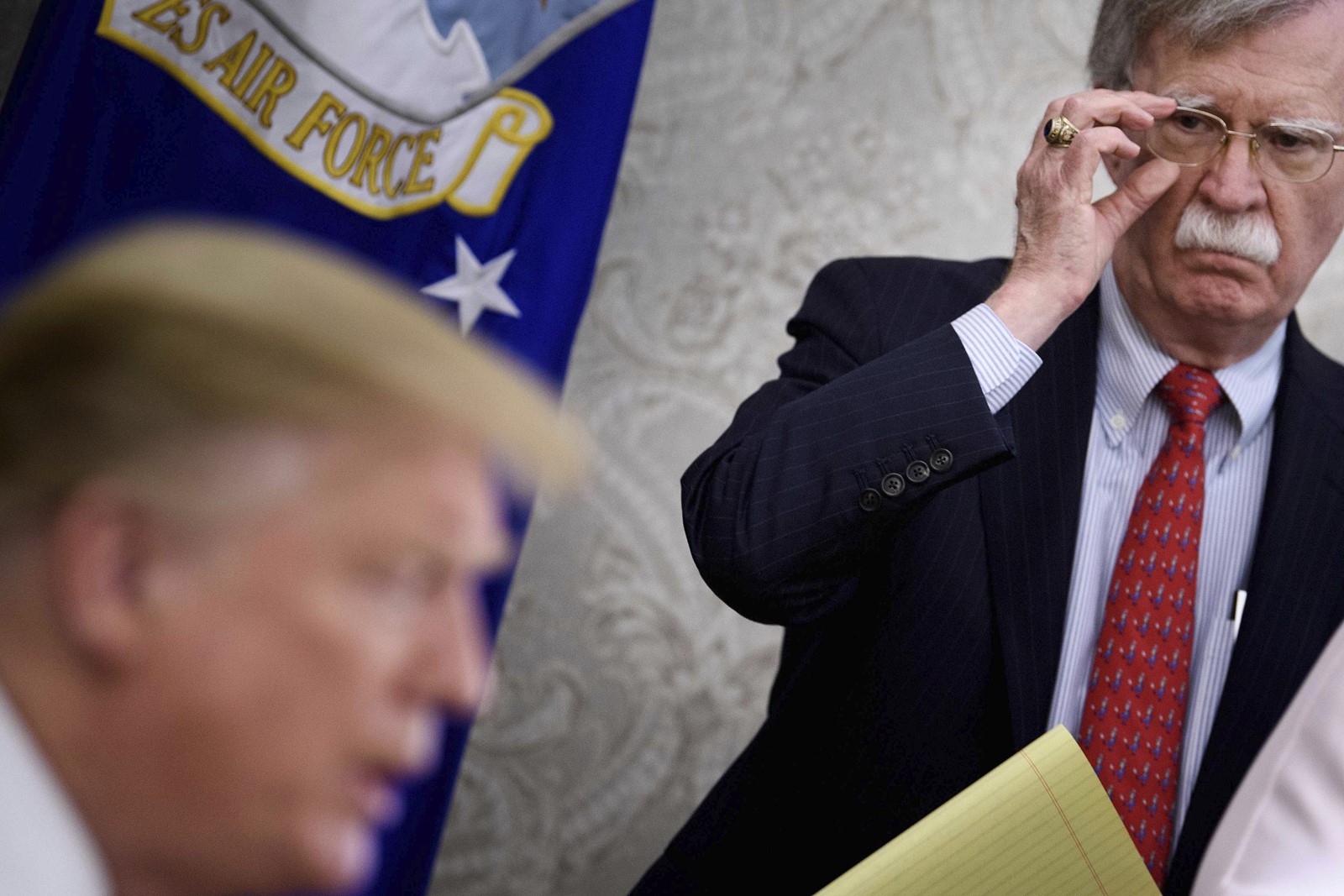 THEN-NATIONAL security advisor John Bolton with President Trump in May. Republicans in the Senate have spurned, for now, an offer for testimony from Bolton in Trump’s upcoming impeachment trial. (Brendan Smialowski AFP/Getty Images)
PREVIOUS IMAGE

Republican leaders said Tuesday that they have the votes to approve a package of rules — without Democratic support — that will govern the impeachment trial of President Trump, punting a decision about whether to call witnesses until after the trial is underway and spurning for now an offer for testimony from former national security advisor John Bolton.

Senate Majority Leader Mitch McConnell (R-Ky.) said the GOP rules package — expected to be passed once the Senate impeachment proceeding begins — would be based on procedures used during the 1999 trial of President Clinton.

Those rules were approved by the Senate unanimously, a point McConnell repeatedly stressed. But importantly, the 1999 rules were the byproduct of bipartisan negotiations, while McConnell is now planning to move forward without any Democratic votes. Because the rules determine how the trial is conducted and what evidence is allowed, both sides view them as crucial.

McConnell’s pledge all but guarantees a combative, partisan Senate trial to determine whether the impeached president should be removed from office.

When the trial begins is unclear. House Speaker Nancy Pelosi (D-San Francisco) has delayed handing the articles to the Senate in hopes of pressuring McConnell to make concessions on trial rules. McConnell has rebuffed the effort.

The rules McConnell is planning to adopt would allow the trial to begin with arguments from both House Democrats, acting as prosecutors, and Trump’s defense team. Senators would be allowed to ask written questions through Chief Justice John G. Roberts Jr., who would come to the Capitol to oversee the trial.

After those opening statements and questions — a process expected to last two weeks — the Senate would vote on whether witnesses and documents are needed, or whether the trial would end.

Republicans appear to be uniformly backing McConnell’s plan. Sen. Mitt Romney (R-Utah) — one of the Republicans most likely to break from his party — said he wants to hear from Bolton, but expressed support Tuesday for McConnell’s plan to start the trial and decide on witnesses later.

Democrats have blasted that idea, arguing that it sets up an opportunity for Republicans to deliver a “mock trial” to the public while still delivering a victory for Trump. They say that instead of hearing from witnesses later, Republicans are setting up a scheme in which they’ll merely try to end the trial after hearing arguments from lawyers.

Senate Minority Leader Charles E. Schumer (D-N.Y.) promised that Democrats would be able to force votes on witnesses, arguing that public sentiment supports requiring the trial to include witnesses and documents that the White House has refused to hand over.

In particular, he wants to hear from Bolton — who said this week that he would testify before the Senate if he is subpoenaed — as well as acting White House Chief of Staff Mick Mulvaney.

“We will not let them avoid the vote,” he said of Republicans. “They can delay it. They can’t avoid it.”

McConnell said that the Senate would “get around to the discussion of witnesses.”

“All we’re doing here is saying we’re going to get started in exactly the same way that 100 senators agreed to 20 years ago,” McConnell said.

So far it is unclear when Pelosi may hand over the articles, which she has held since the House voted to impeach the president in mid-December.

The Senate can’t act on setting up the rules before she does so.

Pelosi indicated in a letter Tuesday night that she is not going to hand them over quickly. She said McConnell — who earlier said the language in his rules would be “similar” but not exactly the same as the Clinton rules — must release the exact text.

“It is important that he immediately publish this resolution, so that, as I have said before, we can see the arena in which we will be participating, appoint managers and transmit the articles to the Senate,” Pelosi said.

McConnell has not budged from his position in face of Pelosi’s delay. Democrats on Tuesday framed her move as successful because it highlighted what they see as the partisan process Republicans are pursuing in the Senate, and increased the political pressure on wavering Republicans.

“I have a great faith in the decision she will make,” Schumer said.

But some Democrats began to signal Tuesday that perhaps the time has come to transmit the articles and get the Senate trial underway.

“It’s just a question of whether there’s any leverage to be had this week and next week by holding the articles,” said Sen. Christopher S. Murphy (D-Conn.). “I think the leverage exists once the voting begins. I’d rather get to that voting sooner rather than later.”