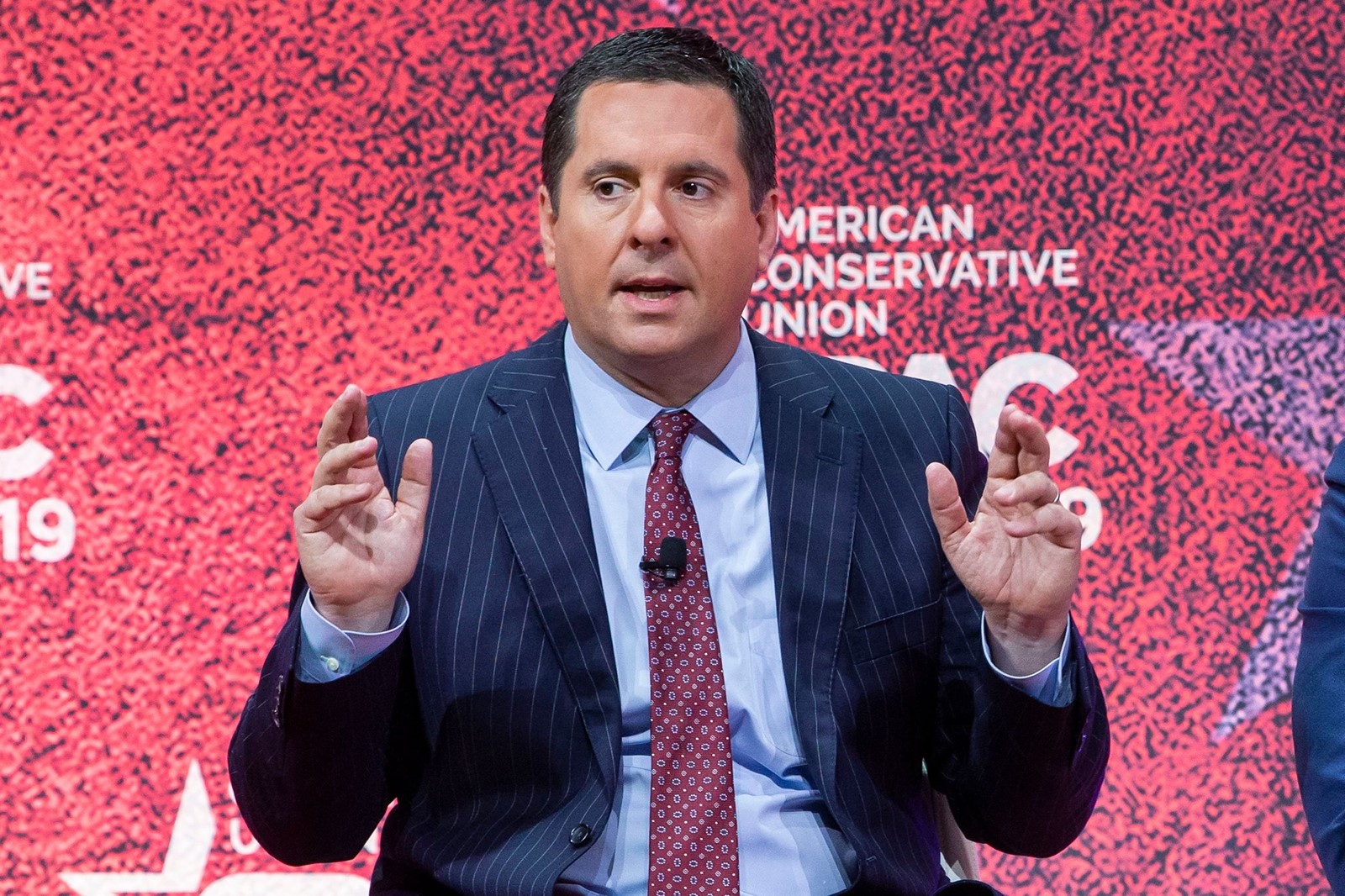 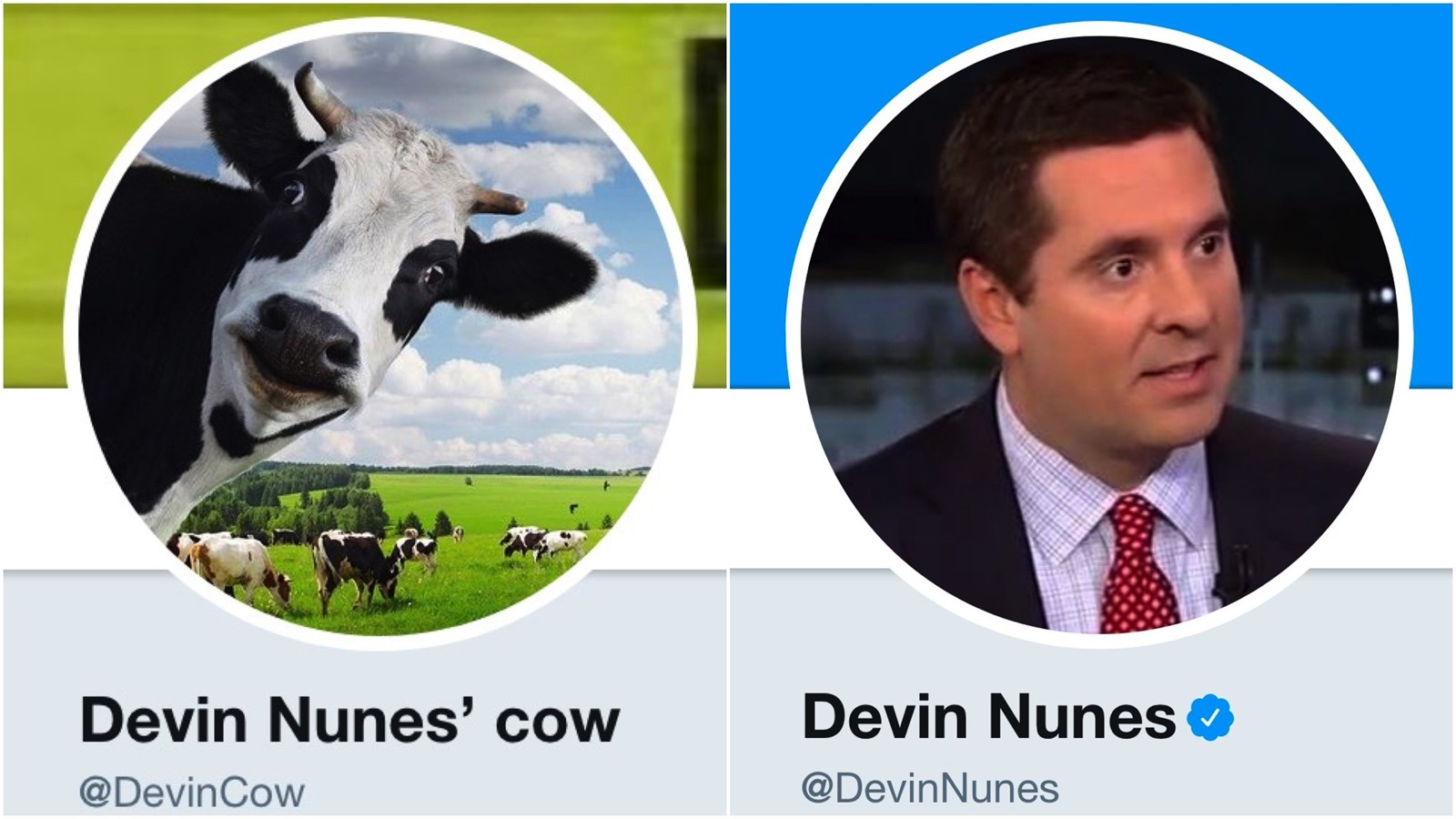 I get it, Devin Nunes.

Your feelings are hurt.

You don’t like being called names, or being told that you belong in prison.

But when a person has a public profile — even a teensy one like mine — attacks will follow. Vilification comes with the territory. (As does praise, but whatever.)

Criticism, even unfair or vile criticism, is a small price to pay for the honor of being a congressman, or a newspaper columnist.

I’ve been the butt of countless jokes and insults. I have been called a “caterwauling, ululating, operatic diva.” I have been invited to kill myself to make the world a better place, been accused of being an anti-Semite and a man-hating feminist.

I have been called “Satan’s Little Whore.”

Does it sting? Maybe for a minute.

But sticks and stones, baby. Suck it up. Somehow, as you grew up on your family’s Tulare County dairy farm, you never managed to internalize that ego-preserving message. If you want to be a national political player, you have to brush off the insults, the name-calling and the jokes about your intelligence.

Instead, you are a thin-skinned public figure, willing to dish out nasty criticism about your enemies — real or perceived — but unable to take the slings that are inevitable in your line of work.

In October, you printed a 40-page pamphlet attacking your local newspaper, the Fresno Bee, which, until 2018, had endorsed you every time you ran for office. You purported to reveal its “dirty little secrets.” You called out its reporters by name, accusing them of “glamorizing” your opponents by covering political demonstrations at your office. Taking a page from President Trump, you vilified the paper as “fake news.”

And yet, Devin, you can’t bear being made fun of by a fictional cow. On Twitter.

You’re not just in a beef with a cow, you’re snorting mad at the platform itself. You want Twitter and your tweeting tormentors to pay you at least $250 million, plus punitive damages of $350,000.

Devin, you realize that when you filed your defamation suit, the sassy bovine had only 1,204 Twitter followers. As of Thursday evening, it had 610,000 followers, and the number is growing by the hour.

I love nothing more than curling up with a colorful lawsuit.

U.S. Rep. Devin Nunes is suing not just Twitter and whoever is behind @DevinCow, but a Republican political operative named Liz Mair, who frequently posts derogatory tweets about him. Also named in the suit: whoever is behind @DevinNunesMom, which was full of vulgar sexual insults and has since been suspended by Twitter. (Nunes has a mom, after all, and someone was impersonating her.) Mair has said she will not comment on the lawsuit, but is seeking donations for her legal fees.

The 40-page lawsuit is a compendium of the most insulting tweets. Some are funny; most are brutal; and many are so over the top you can’t take them seriously.

@DevinCow often calls Nunes a “treasonous cowpoke” and has a propensity for terrible livestock puns: “He’s udderly worthless.” “Devin is whey over his head in crime.” And so on.

Nunes claims this constitutes “an orchestrated defamation campaign of stunning breadth and scope, one that no human being should ever have to bear and suffer in their whole life.” (.)

The purpose of the “defamation campaign,” the lawsuit claims, “was to cause immense pain, intimidate, interfere with and divert Nunes’ attention from his investigation of corruption and Russian involvement in the 2016 Presidential Election.”

Democrats on the House Intelligence Committee regularly accused Nunes, who was chairman until this year, of obstructing the inquiry in order to protect the president.

He was widely mocked for that infamous midnight visit to the White House in which he slipped away from his own staff to share intelligence information with Trump’s staff before showing it to his Republican or Democratic committee colleagues. For this, his fellow Republican, Sen. Lindsey Graham, compared him to the bumbling Inspector Clouseau.

Nunes also had to briefly step down from his chairmanship while the Congressional Ethics Office investigated whether he had made unauthorized disclosures of classified information.

And by the way, never mind that California’s resounding blue wave, which helped Democrats take control of the House, cut into Nunes’ support in November. He is blaming Twitter for causing him to beat his midterm opponent, Democrat Andrew Janz, by a of victory than he had expected.

If Nunes really thinks that a bunch of Twitter trolls conspired to keep him from fulfilling his solemn obligation to the American people, he needs to put his hands in the air and step away from his Twitter feed.

Considering that Nunes was one of Trump’s earliest and most faithful supporters, you have to smile when his lawsuit quotes Supreme Court Justice Potter Stewart on the perils of false accusations: “Surely, if the 1950s taught us anything, they taught us that the poisonous atmosphere of the easy lie can infect and degrade a whole society.”

Or that Nunes would invoke Shakespeare to portray himself as a victim: “He that filches from me my good name robs me of that which not enriches him, and makes me poor indeed.”

In 2017, it has been noted by many delighted critics, Nunes was a co-sponsor of a Republican bill called the “Discouraging Frivolous Lawsuits Act.”

The bill, which has languished in a subcommittee, would have amended the Clean Water Act. It would have made it for water polluters to poison the water supply by preventing the EPA from taking certain actions, and for citizens to sue polluters. It would also have forced whoever lost to pay for both sides’ legal costs.

Is Nunes’ defamation lawsuit frivolous? Seems like it. Legal experts say he is almost certainly going to lose.

Devin, I know it’s not fun to be mocked, even by a parody account.

But with this silly lawsuit, all you’ve done is make yourself look foolish.

And created a celebrity out of a once-obscure, snarky cow.