Amid misfortune, the seeds of hope

Thieves stole a gardener’s truck, but kindness prevailed in the end 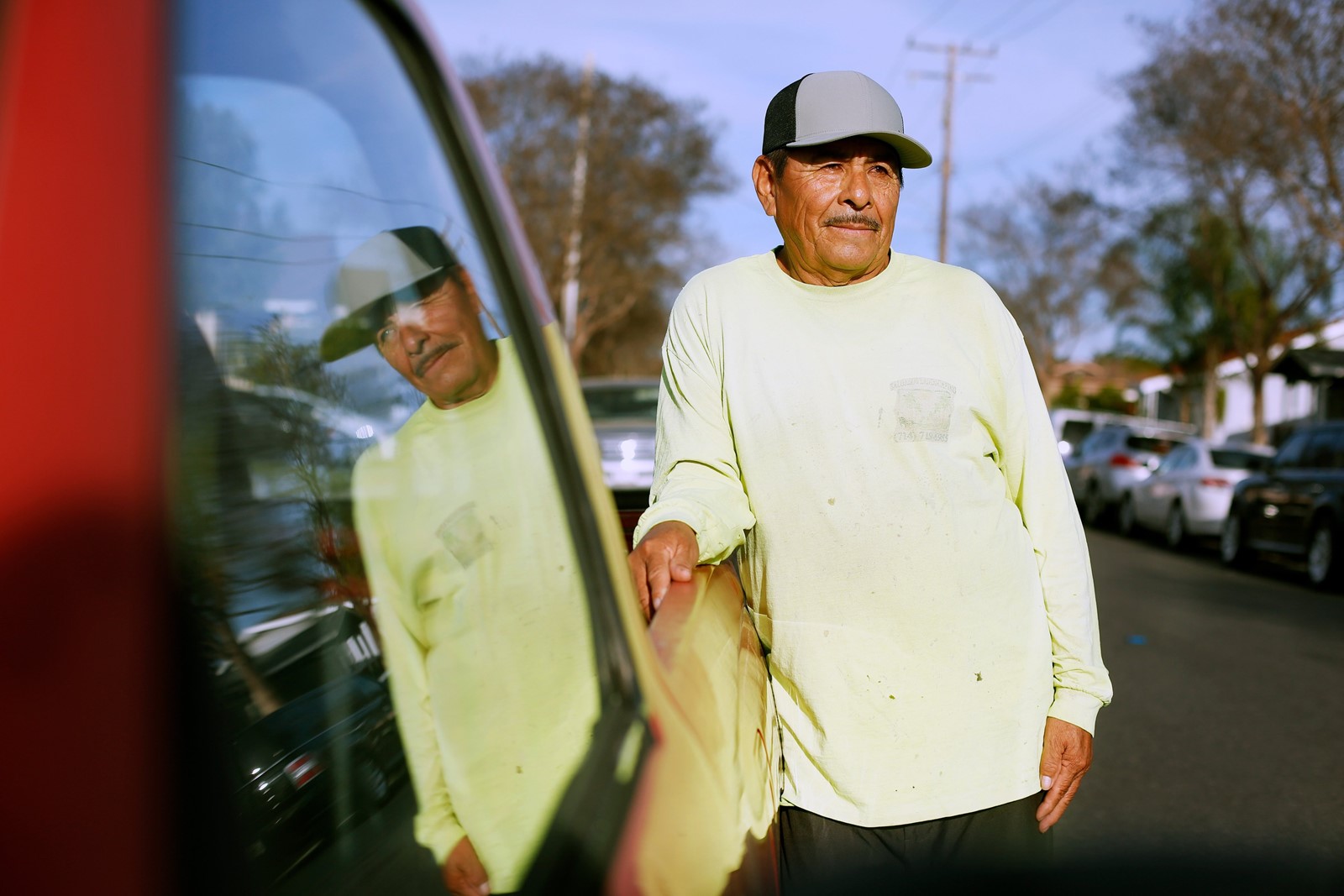 FIVE YEARS AGO, Adrian Salgado came to California to join his five children and six grandchildren. He soon began working with his sons as a gardener. (Dania Maxwell Los Angeles Times)
PREVIOUS IMAGE

Then the 65-year-old gardener got swept up in a drama, like the ones he sees in his old Mexican action movies — and his face was broadcast all over television:

It was a gripping tale with a surprisingly happy ending. But the most remarkable part of the story didn’t come until later, far from the cameras, the day after Salgado was robbed.

The morning of the theft, Salgado was sure “the bad guys won.”

He was in Santa Ana, about to drive away from his fourth house, where he’d just pruned all the roses, when called out to him: “I have your check,” she said.

Salgado returned seconds later to find that his truck — and everything in it — had vanished. His lawn mower, leaf blower, trimmer and rake. His cellphone and wallet and $1,000 cash — a month’s worth of work.

The gardener bolted down the street in his dusty work boots. other gardeners shouted and pointed.

By the time Salgado reached the entrance of the gated community, it was too late. His little red truck, the one he called , was gone.

The call came in to the Santa Ana Police Department around 10:30 a.m. About 10 officers were dispatched to find the 1997 Toyota Tacoma. Using Salgado’s cellphone, cops on motorcycles and in vehicles trailed the suspects through Santa Ana, Newport Beach and Westminster. They closed in on the pair in Garden Grove.

Police said Alan Babauta, 22, and Caroline Nguyen, 31, each had $500 in their pockets when they were apprehended, but both claimed the cash was theirs, so officers couldn’t return the money to the gardener. The two were charged with auto theft and possession of stolen property.

Salgado arrived on the scene to find the used pickup truck his sons gave him nearly a decade ago, ransacked.

His tools were gone. The Virgen de Guadalupe pendant his wife Maria hung from his rearview mirror to protect him was cast on the floor. His wallet was torn and gutted on the passenger seat.

Missing from it was all that hurt Salgado most. His photo of his mother, Agripina. His photo of his father, Antonio. His Mexican 500-peso note, so faded and wrinkled you could hardly make out the amount; the one he’d earned at his first job at age 13 laboring in a Mexican mine.

Salgado spent years excavating mines for precious stones and metals. He’d tell Maria his adventures, knowing this was the closest they’d come to such coveted treasures.

The two had five children — two boys and three girls. his father would tell him.

Salgado promised he would. But not the way his father taught him — not with threats, aggression and beatings. “I wanted them to learn about the value of hard work independently — with respect,” he said.

One by one, all five children grew up and left the Mexican state of Guerrero for Orange County. Fifteen years ago, the kids sent for their parents so that “our wouldn’tfeel alone out on the ,” said son Cesar Salgado.

When Adrian Salgado arrived in Santa Ana he didn’t know what to do with himself. “I felt useless,” he said.

But sitting is not something Salgado knows how to do.

So he grabbed a rake and joined his sons as a gardener. Out on the fresh-cut lawns, among the petunias and gazanias, Salgado felt proud and free. “My houses are the best houses on the block,” he said.

Everyone teases him on rainy days because he turns into a “grump.” He keeps close watch on the sky, waiting to jump into .

The family lives together on a modest street lined with trucks: trucks filled with big ladders, toolboxes, paint cans and lawn mowers.

They share a peach stucco house with five bedrooms — Salgado and Maria, their five adult kids, their spouses and six grandchildren.

It’s a busy, action-filled home where everyone pitches in with the monthly rent, the bills and the groceries.

The day of the theft, nearly all the kids rushed home from work to be with their father. They cried when when they heard how compassionately the Santa Ana police had treated him.

Back at the scene where was recovered, officers couldn’t help but see more than a victim in the old Mexican man standing by his empty red truck.

“We were all looking at each other feeling like this could have been our pops,” Sgt. Michael Gonzalez said.

Many officers dispatched on the call were the sons and daughters of immigrants — mechanics, construction workers, landscapers.

One by one they decided to pitch in to buy Salgado new equipment. The police union also helped. Seven officers escorted Salgado to Home Depot and the store gave $100. One customer reached into her purse and donated another $40.

Salgado thanked them all, then he drove off in . Everyone thought he’d head home and get some rest, Sgt. Gonzalez said.

But the gardener headed to his gardens.He had three more to tend to before sundown.

That evening when Salgado came home, he figured the drama was over. Slowly, he told himself, he’d save up to replace all his original equipment, worth more than $3,000.

The next morning, the gardener’s phone rang. “Come to the police station,” the caller said. “We might have something for you.”

It turned out a man had called and said he found a pile of gardening tools in his backyard. He said his grandson, Alan Babauta, had dumped them there the previous morning.

Joaquin Babauta was mortified that night to see his grandson’s mugshot on the news — to hear about the gardener’s misfortune.

“I could not believe it,” Babauta said. “I tell my children and my grandchildren: ‘Never steal. If you need something, ask. If you don’t get it, you must work for it.’ ”

Joaquin loaded his Dodge Ram truck with Salgado’s tools and drove to the police station. He found the gardener on the curb, anxiously and quietly waiting for him.

The two men stood face to face as a police officer translated for them. They were so different — one from Guam, one from Mexico — yet so similar. Two grandfathers living just 10 miles from each other.

Joaquin had spent 43 years working more than a dozen jobs in the Navy. He stocked warehouses, maintained ships, served food and drove trucks and forklifts. He got his first job at 16, back in Guam, as a longshoreman unloading ships all night until 7 a.m. He showed up at the station wearing his old blue Navy jumpsuit and well-worn work gloves.

“I’m very sorry,” he told Salgado, choking up as he tried to find the right words. “I know it’s difficult for you to start over and buy new equipment.”

“Thank you,” Salgado told him.

The men hugged and smiled for a photo and then with help from police, the two unloaded the lawn mower, leaf blower, trimmers and rakes so that Salgado could put them all back where they belonged.