Employers wake up to pluses of office naps

Some are offering quiet spaces, or even sleeping pods, for workers 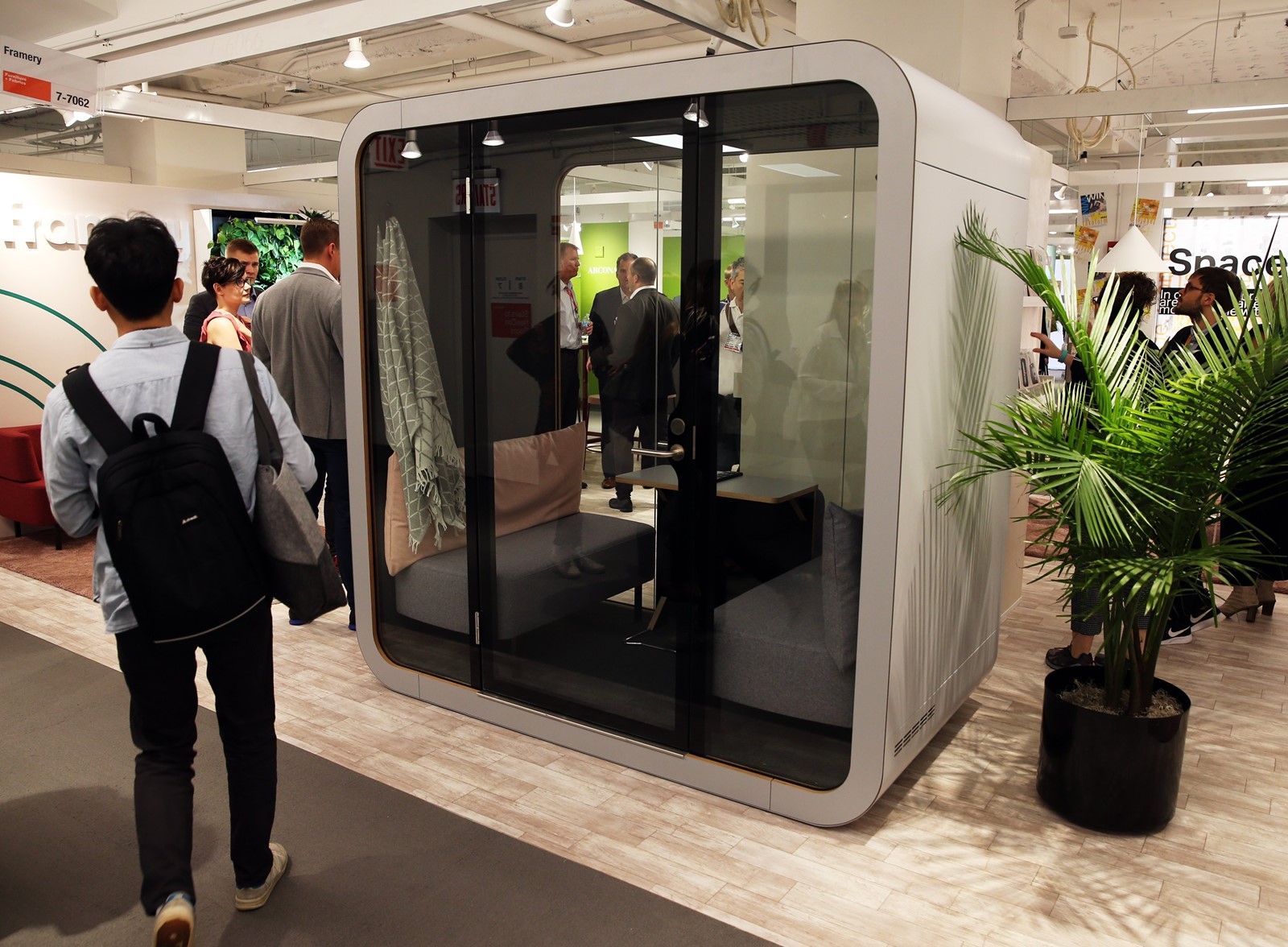 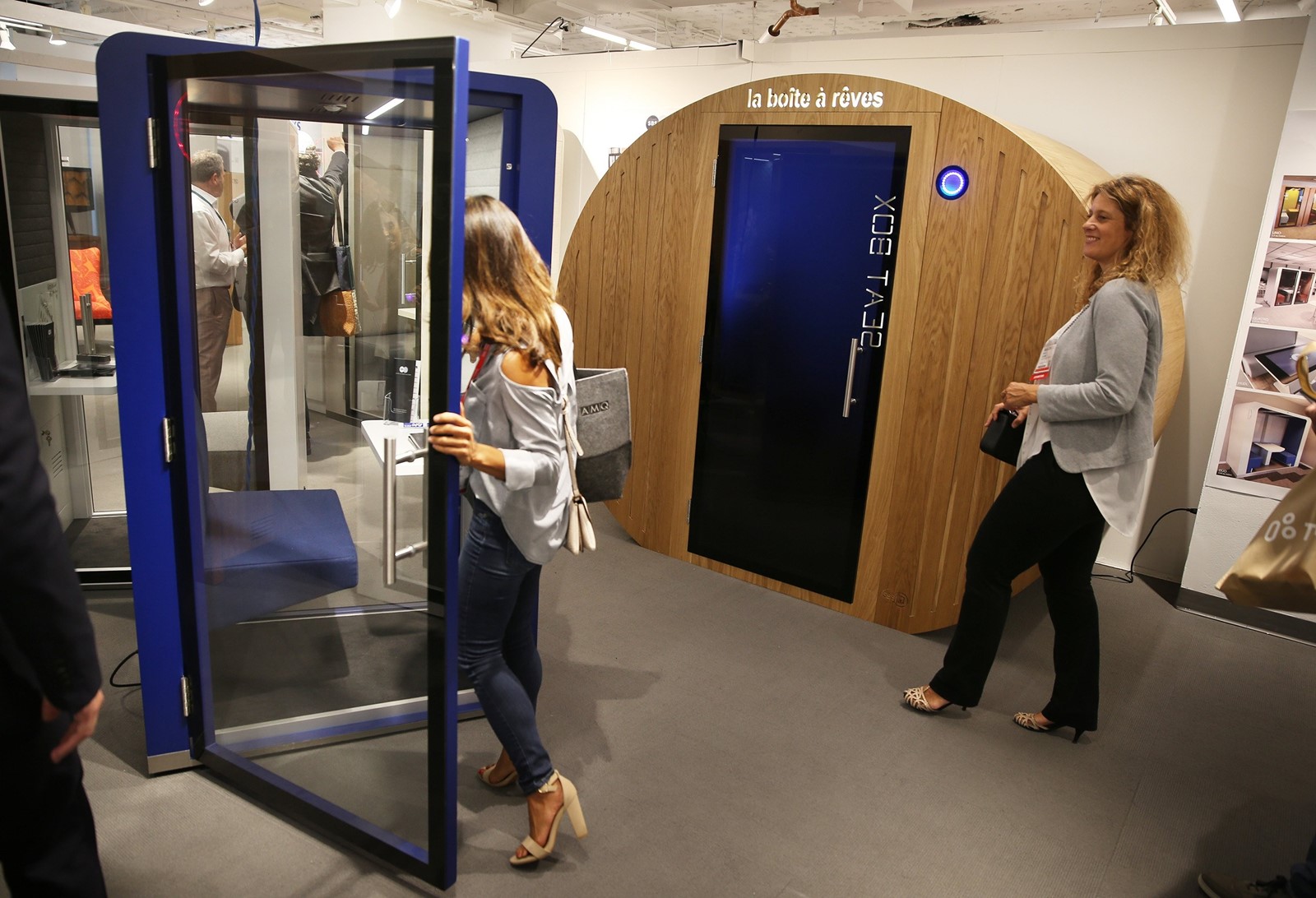 Sleeping on the job has long been frowned on, but office napping may finally be climbing out from under the desk.

A small but growing number of businesses are encouraging sleep-deprived employees to grab 40 winks during the workday, providing rooms — or, in some cases, high-tech napping pods — to get the job done right. Benefits include a more productive workforce and, hopefully, the end to stealth sales-meeting snoozes.

A third of U.S. adults are not getting the recommended seven hours of sleep per night, according to the Centers for Disease Control and Prevention, contributing to problems including health issues and mistakes at work. Sleep deprivation costs the U.S. $411 billion in annual economic losses, according to a Rand Corp. study, with the equivalent of about 1.23 million working days lost each year to insufficient sleep.

Cutting-edge businesses such as Google have been providing napping spaces for employees for about a decade, but it remains a vaguely guilty endeavor in many workplaces, and a firing offense in others. In some corporate cultures, being sleep-deprived is a source of pride.

“There’s kind of a badge of honor for how little you sleep in this world,” said Sara Mednick, an associate professor of cognitive science at UC Irvine and author of a book on the benefits of napping. “The idea of napping in front of people while they’re all working really hard — there’s not a lot of respect for that.”

But corporate culture has been slowly changing in the two decades since surreptitious office shut-eye was explored in the 1997 “Seinfeld” episode “The Nap,” in which George Costanza gets trapped for hours in the cozy napping nook under his desk while his boss camps out in the office awaiting his return.

Eastlake Studio, a Chicago architecture and interior design firm that works with office buildings and with individual tenants, is seeing increased demand for designated quiet spaces where napping is a contemplated use.

“They’re just looking for places where people can go get reenergized,” said Tom Zurowski, founding principal of Eastlake. “Certainly that need to just get away from all the noise and maybe take a nap is one of the options they want to provide.”

His company has yet to create a designated napping room with a bed, but it has done spaces with couches, recliners and even massage chairs that are intended to help employees throttle down.

Sleeping at the office is still far from gaining widespread acceptance, however. And with 40% to 50% of adults napping on a regular basis, UC Irvine’s Mednick said, people are coming up with some creative ways to sneak in a workday snooze, such as going to their cars, a park bench, the library or a coffee shop to nod off discreetly.

Office napping carries much less of a stigma in other parts of the world. In China, for example, workers often take a break after lunch and put their heads on their desks for an hourlong nap, according to the National Sleep Foundation.

Still, there’s enough demand for places to nap at work that a number of manufacturers have developed pop-up sleeping accommodations for offices.

Two European manufacturers were among those unveiling new nap pods to the North American market last month at the annual NeoCon commercial interiors show in Chicago.

The windowless, soundproof pod features 12 light and sound atmospheres programmed to gently guide the user through a 15-minute power nap, controlled by a touch screen. It also includes a small bed.

The Dream Box made its debut in Europe last year, selling to companies such as L’Oreal and cloud computing firm OVH, said Galia Jacobs, a spokeswoman for Silence Business Solutions.

Framery, an 8-year-old Finnish company, introduced its own napping pod at NeoCon, a variation on its glassed-in, soundproof meeting pod. The $20,000 NapQ features two cushioned chairs that transform into a bed. A possible drawback: The napper is fully visible inside the pod.

“You can equip it with some kind of curtains to have some visual privacy as well,” said Samu Hallfors, chief executive of Framery.

Hallfors began developing the napping pod two years ago at the suggestion of clients.

“The whole product is based on customers asking for a place to have a nap,” he said. “We built a space that’s as comfortable as it gets in a small package. So basically, all the ventilation and lighting and ergonomics are based on the research we did to provide the most comfortable place to take a nap during the workday.”

A former football player at the University of Florida and regular work napper, Ritten sprawled out across the bed and closed the door. An external red light indicated the pod was occupied as Ritten put it through its paces.

Several minutes later, the door opened, and Ritten emerged with a smile on his face. “It could be useful,” he said.

While playing college football in the 1980s, Ritten had a coach who preached the restorative powers of a post-lunch nap. Ritten has carried that daily routine with him into the business world.

The flooring company’s designated nap area is a small TV room with a couple of couches and chairs. Ritten sneaks in daily 15-minute afternoon naps, with phone calls and other interruptions usually providing a wake-up call before an alarm sounds.

“We’re there early. We go home late,” Ritten said. “Sometimes you just need that little time to recharge and turn a light out and close your eyes for a minute.”

He liked the ambience and privacy of the napping pod, but the $19,000 price tag was a rude awakening.