A closer look at remarks on the election, veterans and Russia inquiry 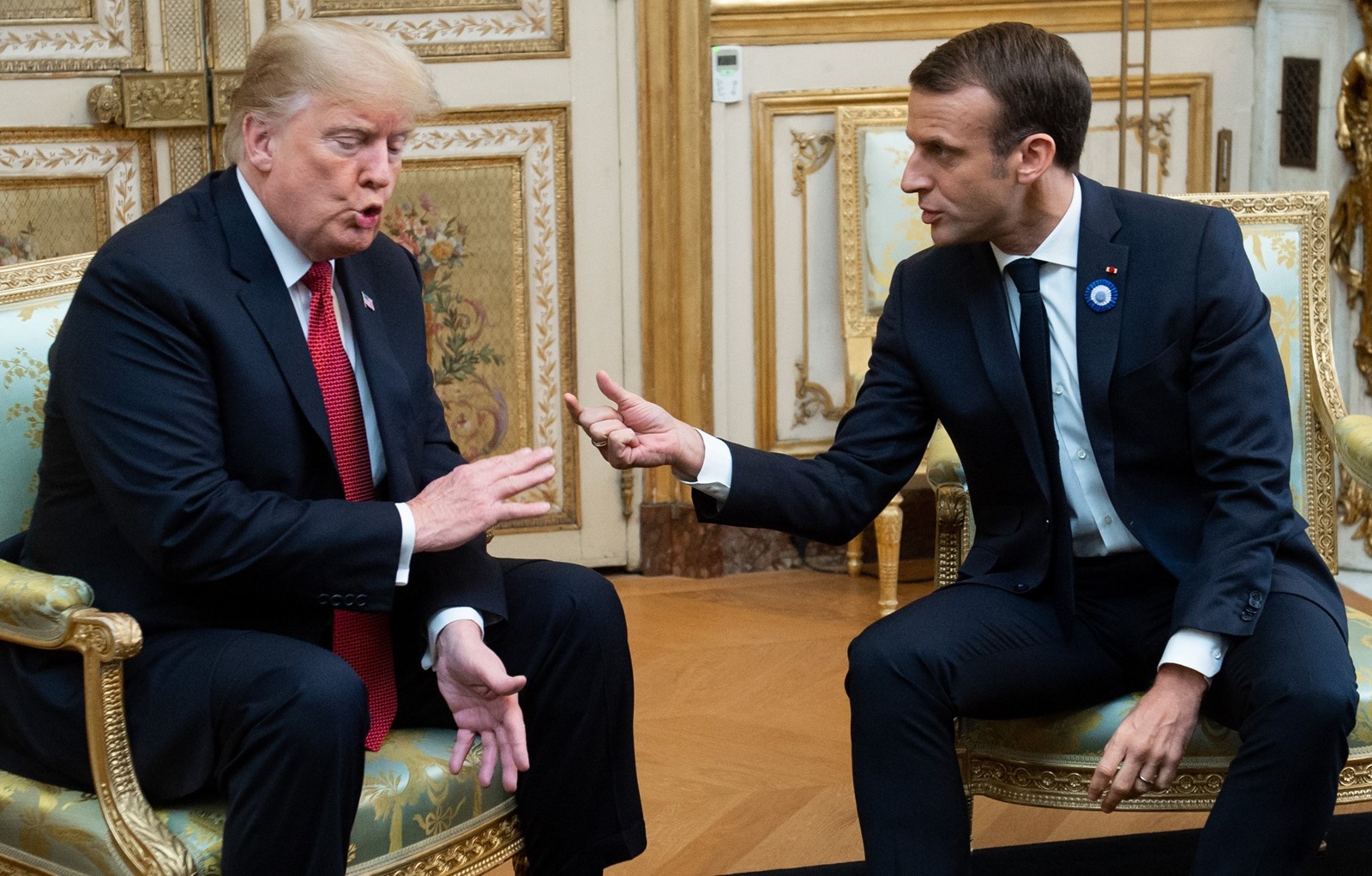 PRESIDENT TRUMP and French President Emmanuel Macron in Paris this month. Trump incorrectly said that Macron had suggested Europe build its own military to protect itself from the U.S., China and Russia. (Saul Loeb AFP/Getty Images) 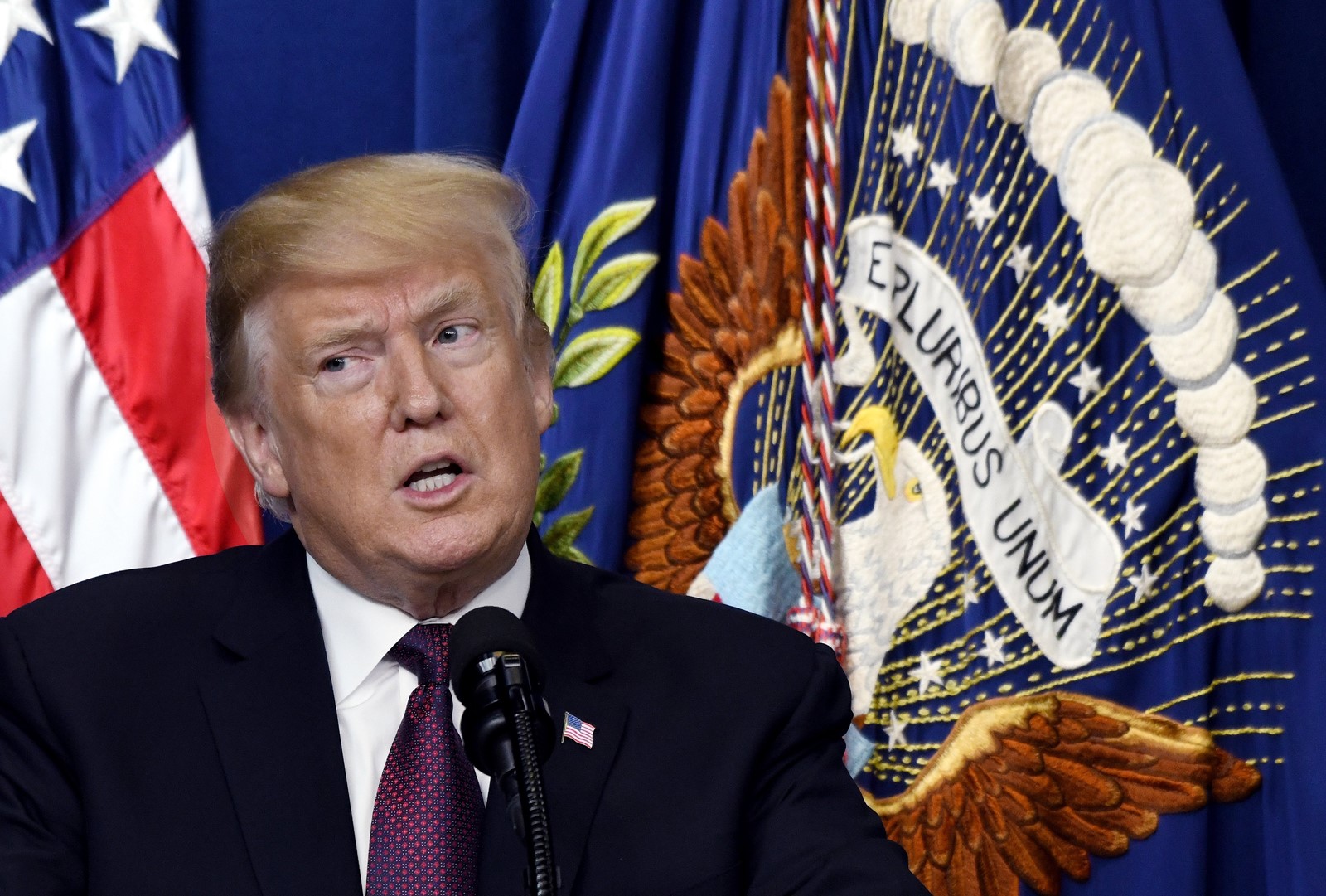 FOR VETERANS, “there is no more waiting” for medical care, the president said, touting reform legislation he signed. But long waits persist for veterans. (Olivier Douliery Abaca Press)
PREVIOUS IMAGE

In a week honoring the sacrifice of America’s warriors, President Trump appeared to claim that he visited Arlington National Cemetery on Veterans Day last year and asserted that veterans, thanks to him, no longer faced long waits for medical care.

Capping the weekend, the president also misspelled the name of a Democratic lawmaker in an unfortunate way and didn’t bother to correct himself.

A look at Trump’s recent statements and tweets, compared with the facts:

The facts: Not so. He’s presuming Republican Sen. Cindy Hyde-Smith of Mississippi will defeat Democrat Mike Espy in a runoff election Nov. 27. If Espy wins, Republicans will have picked up only one seat and have a 52-48 edge. It’ll be 53-47 if she wins.

The facts: The correct name of the Democratic lawmaker is Adam B. Schiff.

Mueller’s appointment to lead the investigation into 2016 election interference and possible ties between Moscow and Trump’s campaign was not put to the Senate because special counsels are appointed by the Justice Department. His appointment is not in legal dispute.

Trump, on his decision not to visit Arlington National Cemetery last week to commemorate Veterans Day: “In retrospect, I should have, and I did last year and I will virtually every year. But we had come in very late at night and I had just left, literally, the American Cemetery in Paris, and I really probably assumed that was fine and I was extremely busy because of affairs of state — doing other things.” — interview with “Fox News Sunday.”

The facts: While Trump has visited Arlington National Cemetery twice during his presidency on Memorial Day, he did not do so last year on Veterans Day. He was in Asia at the time.

Trump: “In June, I proudly signed into law the most significant VA reform in half a century, called Veterans Choice.... Now if a veteran cannot get the treatment they need from the VA in a timely manner, they can see a private doctor. They don’t have to wait 12 days or 20 days.... There is no more waiting on lines.”

The facts: He continues to spread a misleading claim about veterans now receiving immediate medical care because of his improvements. In fact, the care provided under the Veterans Choice program is not as instantaneous as Trump suggests nor will it necessarily be the biggest overhaul at the Department of Veterans Affairs in decades.

Trump signed legislation in June to expand the private-sector Choice program, which was first approved in 2014 during the Obama administration after a scandal at the Phoenix VA medical center in which some veterans died while waiting months for appointments. The current Choice program allows veterans to see doctors outside the VA system if they must wait more than 30 days for an appointment — not “12 days or 20 days.” But many are waiting much longer than the program prescribes.

How much Choice will be expanded under his law will depend on yet-to-be-completed regulations that will determine eligibility for veterans as well as available money for the program. The VA has yet to resolve long-term financing because of congressional budget caps that could put money for VA or other programs at risk of shortfalls next year. The program’s success will also depend on an overhaul of the VA’s electronic medical records to allow seamless sharing of records with private physicians, expected to take up to 10 years.

Meanwhile, the current Choice program isn’t always timely. A report released this year by the Government Accountability Office found that despite the Choice program’s guarantee of providing an appointment within 30 days, veterans waited an average of 51 days to 64 days.

Trump: “Veteran unemployment has reached its lowest level in nearly 21 years, and it’s going to be better.”

The facts: The veteran unemployment rate fell to 2.9% in October, the latest data available, but that is still higher than the 2.7% rate reached in October 2017, also under Trump. That was the lowest joblessness rate for veterans in nearly 17 years.

Veteran unemployment has fallen mostly for the same reasons that joblessness has dropped generally: strong hiring and steady economic growth for the last eight years.

In any event, it’s impossible for Trump to claim an achievement not seen in 21 years on veteran unemployment. The data on joblessness for veterans go back only 18 years, to 2000.

Trump: “Emmanuel Macron suggests building its own army to protect Europe against the U.S., China and Russia. But it was Germany in World Wars One & Two — How did that work out for France? They were starting to learn German in Paris before the U.S. came along. Pay for NATO or not!”

Trump: “President Macron of France has just suggested that Europe build its own military in order to protect itself from the U.S., China and Russia. Very insulting, but perhaps Europe should first pay its fair share of NATO, which the U.S. subsidizes greatly!”

The facts: Macron, the president of France, never suggested assembling a European army to stand against the United States, its steadfast military ally. Instead, he joined German Chancellor Angela Merkel in proposing a continental army that would give Europe more responsibility for its own security, supplementing NATO.

Trump has repeatedly pushed NATO members to spend more on their own military capabilities to relieve pressure on the U.S. to protect Europe. A European army would be aimed at doing that, though in theory outside the NATO umbrella.

Macron said in a radio interview before Trump’s arrival in France that Europe should be able to defend itself more than it can now, without relying solely on the United States.

Trump: “On Trade, France makes excellent wine, but so does the U.S. The problem is that France makes it very hard for the U.S. to sell its wines into France, and charges big Tariffs, whereas the U.S. makes it easy for French wines, and charges very small Tariffs. Not fair, must change!”

The facts: Yes, U.S. wine is desired in France.

Trump, who’s been in the wine business, is wrong about France applying tariffs. The European Union does.

He’s right about a disparity in wine duties.

The gap in duties is narrower for red wine with an alcohol content of 14.5%

Bulk wines are another story. The U.S. tariff is double the EU one, a break for American producers because bulk wine represents 25% of the volume of U.S. wine coming into the EU, according to the French wine exporter federation. The value of wine imported by France has jumped 200% over a decade. Meantime Americans are the top consumers of French wine exports.

Trump: “The disgrace is that, voter ID. If you buy, you know, a box of cereal, if you do anything, you have a voter ID.... The only thing you don’t is if you’re a voter of the United States.”

The facts: He is meaning to say that shoppers use a photo ID to make certain purchases, so it should not be a burden to show a photo ID for voting. But as shoppers know, no photo is required to purchase a box of cereal or other items at a grocery store when using cash or to make routine purchases with credit or debit cards.

Identifications are required to purchase limited items such as alcohol, cigarettes or cold medicine and in rapidly declining situations in which a customer opts to pay with a personal check.

According to the National Grocers Assn.’s most recent data, the use of checks as a percentage of total transactions dropped from 33% in 2000 to 6% in 2015, due in part to the popularity of debit cards.