Congress’ cesspool of threats and extremism

At a time of political violence, Kevin McCarthy bears responsibility for tolerating the hate. 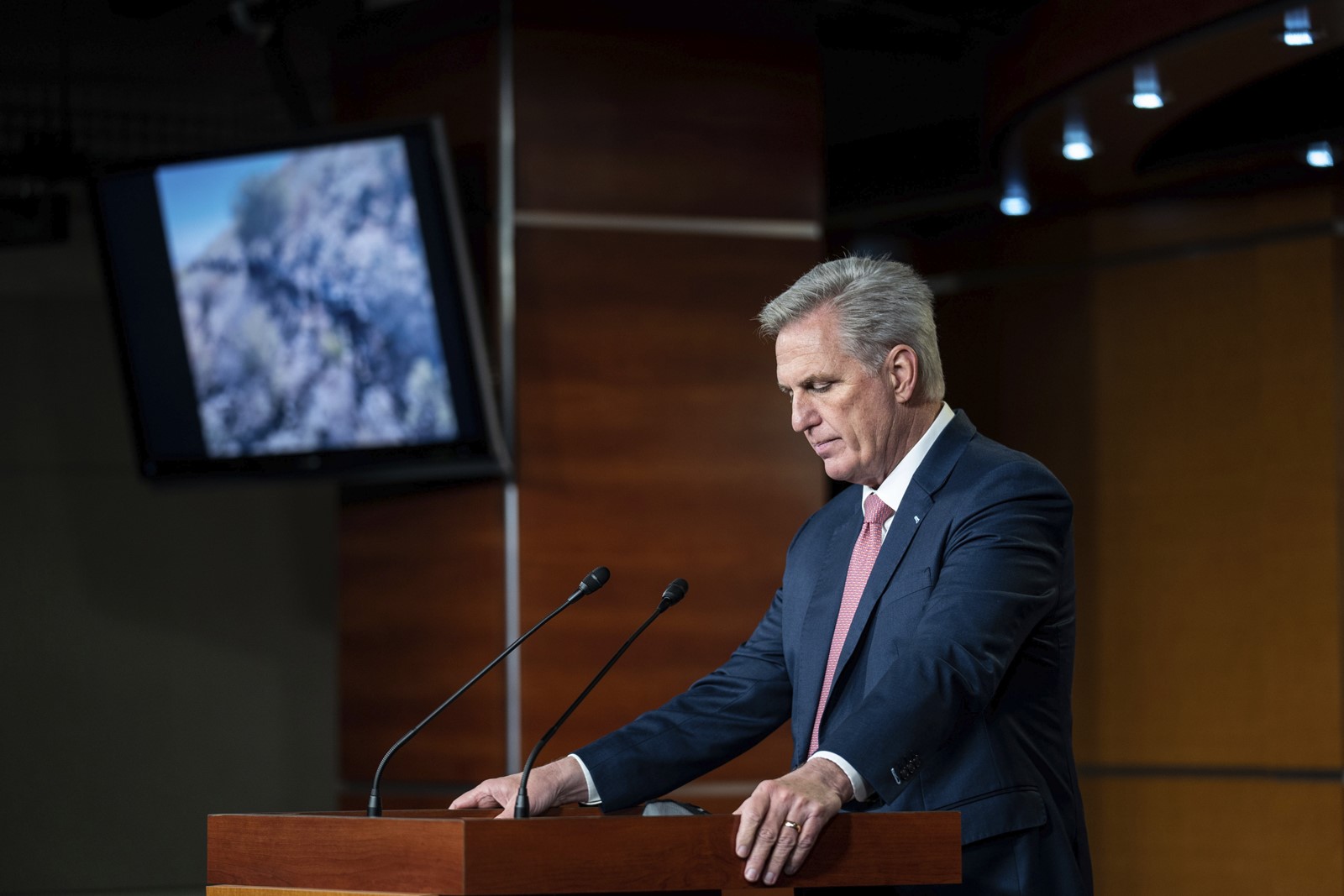 Kevin McCarthy live with himself?

How does the mis-titled leader of the House Republicans look at himself in the mirror, knowing as he must that the real powers in his party are the gun-toting bigots, Trumpian conspiracists and insurrection sympathizers he’s enabled, like Reps. Lauren Boebert of Colorado and Marjorie Taylor Greene of Georgia? And knowing that he’s empowered them by his refusal to act against their repeated outrages, and his complicity in shunning principled conservatives who do speak out, like Reps. Liz Cheney of Wyoming and Adam Kinzinger of Illinois.

Is McCarthy so intent on becoming House speaker, if Republicans win a majority in the midterm election, that he’ll do nothing to risk the wrath of these people, fearing that Donald Trump could doom his dream?

The answer, of course, is yes.

Yet should the not-unthinkable happen — an act of political violence against a lawmaker — McCarthy would bear some responsibility for his part in tolerating extremism and hate.

Books and studies document a rise in Americans’ comfort with political violence, especially on the right, reflecting the polarization Trump turbocharged. A survey in late January found that 56% of Republicans agreed that “the traditional American way of life is disappearing so fast that we may have to use force to save it,” compared with 22% of Democrats and 35% of independents. In recent years, the government has identified far-right domestic terrorists as a growing danger. “There is no doubt about it,” FBI Director Christopher Wray told the Senate in September, “today’s threat is different from what it was 20 years ago.”

Far from unthinkable, the peril of bloodshed is one that McCarthy should be reminded of each day in the House, and not only because of the insurrectionists’ siege just 11 months ago. Often at his side is Minority Whip Steve Scalise of Louisiana, who was nearly killed four years ago when a left-wing fanatic shot at Republicans practicing for a baseball game. But gone is Gabrielle Giffords, the Democrat from Arizona who resigned from Congress after she was shot in the head a decade ago as she met constituents outside a Tucson-area grocery store; the aggrieved assailant killed six people and wounded 13, including Giffords.

So you’d think McCarthy would be moved to act when Democratic Rep. Ilhan Omar of Minnesota is fielding death threats in the wake of the latest of many anti-Muslim attacks against her from Boebert and Greene. Omar played one menacing voicemail for reporters at the Capitol on Tuesday: “There’s plenty that would love the opp to take you off the face of the earth.... You’re a f—ing traitor; you will not live much longer, b—.”

In separatevideos reported over the last week, Boebert is shown regaling small audiences with stories about getting into a Capitol elevator with Omar of “the Jihad Squad,” she jokes, before segueing to a sickening punch line about how she didn’t worry because Omar didn’t have a backpack. Her audiences, one in Colorado and the other on Staten Island, loved it. To the New Yorkers, Boebert added that both Omar and Rep. Rashida Tlaib, a Michigan Democrat who is also Muslim, “are just black-hearted evil women who want to destroy —.” Her ending is obscured by the audience’s applause.

Yet McCarthy has declined to publicly condemn Boebert for her Islamophobic slurs. Another House Republican, Rep. Nancy Mace of South Carolina, had the guts to do so. That provoked Greene, Boebert’s ally, to call Mace “trash”; Mace countered with tweeted emojis that Greene is “bats— crazy.” What did McCarthy do? He reportedly told them to “stop it” — as if each woman is equally blameworthy.

This comes just after McCarthy displayed his spinelessness last month by leading the Republicans’ opposition to the House’s censure of Rep. Paul Gosar, the Arizona Republican who posted an animated video showing him wielding swords to kill Rep. Alexandria Ocasio-Cortez, a New York Democrat, and threaten President Biden. Similarly, in February, McCarthy opposed House Democrats’ move to strip Greene of her committee assignments for past incendiary social media posts, including indications of support for assassinating Rep. Nancy Pelosi and other top Democrats.

Omar says Boebert made up the elevator stories. That rings true, since the details of the story changed from one telling to the next.

When Boebert seemed to apologize last week, not to Omar but “to anyone in the Muslim community I offended,” her friend Greene tweeted on Saturday, “Never apologize to Islamic terrorist sympathizers, communists, or those who fund murder with our tax dollars. @IlhanMN and the Jihad Squad are all three and are undeserving of an apology.”

On Monday, Boebert indeed refused to apologize directly to Omar when the two spoke by phone, a call that went badly by both women’s accounts. Boebert took to Instagram: “Never sympathizing with terrorists. Unfortunately, Ilhan can’t say the same thing, and our country is worse off for it.”

Each monstrous utterance like that brings on more threats to Omar and other lawmakers who, unlike McCarthy and other congressional leaders, don’t have security from the haters and the radicalized extremists throughout the nation.

At private companies, employees would be fired for such bigotry. Boebert and her ilk deserve expulsion from the House.

Don’t try suggesting that to McCarthy. He needs their votes to become speaker.