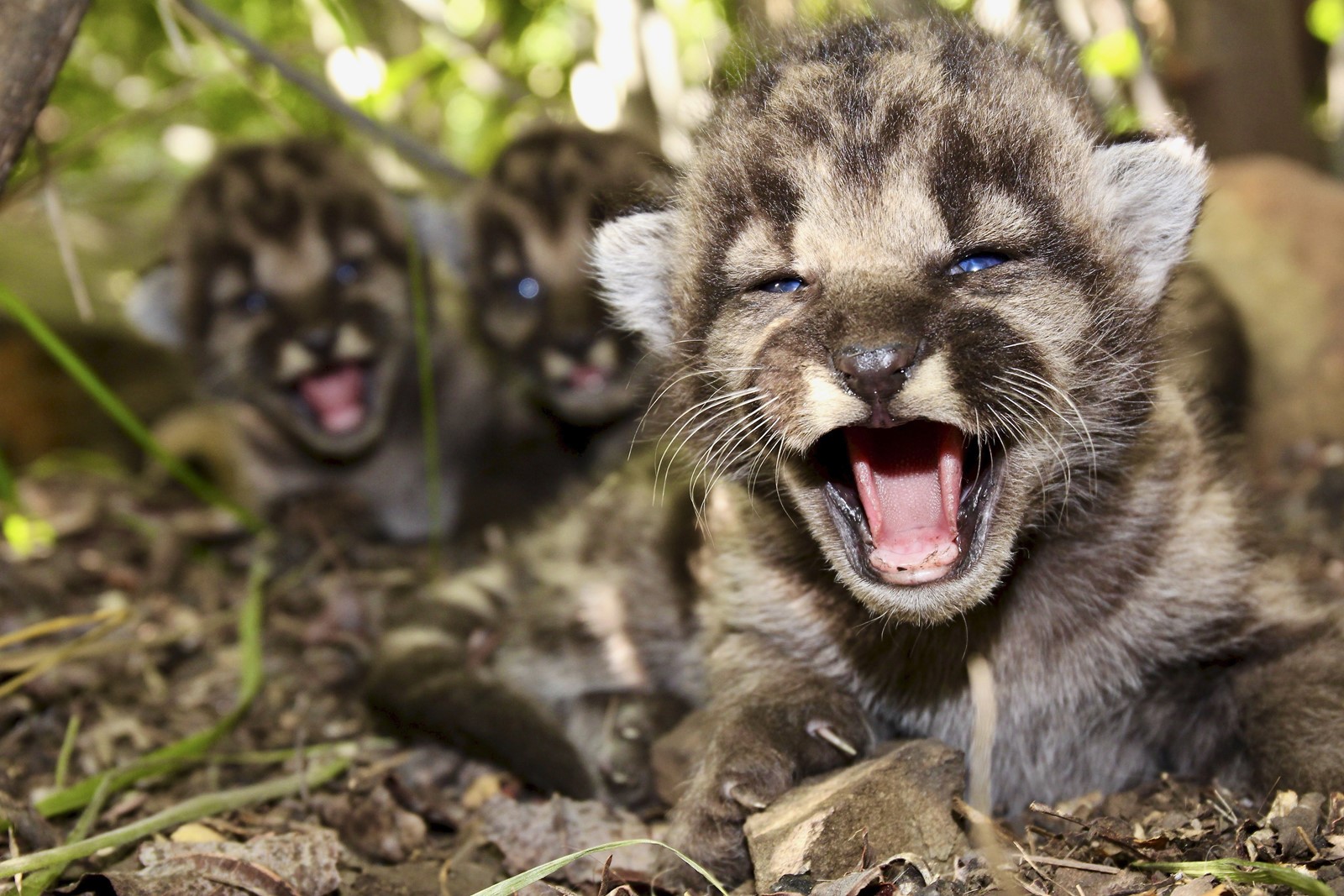 A GROUP OF MOUNTAIN LION kittens takes shelter in the Santa Monica Mountains in May. (Associated Press)
PREVIOUS IMAGE

A mountain lion baby boom has occurred this summer in the Santa Monica Mountains and Simi Hills west of Los Angeles.

Thirteen kittens were born to five mountain lion mothers between May and August, according to the Santa Monica Mountains National Recreation Area.

It’s the first time so many mountain lion dens have been found within such a short period during the 18 years in which the region’s cougar population has been studied by the National Park Service.

The most dens found previously in one year was four, spread across 10 months in 2015.

While the mothers are away, biologists visit dens to perform health checks on kittens, determine sex and apply ear tags.

“This level of reproduction is a great thing to see, especially since half of our mountains burned almost two years ago during the Woolsey fire,” wildlife biologist Jeff Sikich said in a statement. “It will be interesting to see how these kittens use the landscape in the coming years.”

The study is looking into how the big cats survive in habitat fragmented by urbanization amid threats including lack of genetic diversity, roadway deaths and poisons. They largely avoid people.