A closer look at Bloomberg

What are the leading obstacles for the three-time New York mayor? 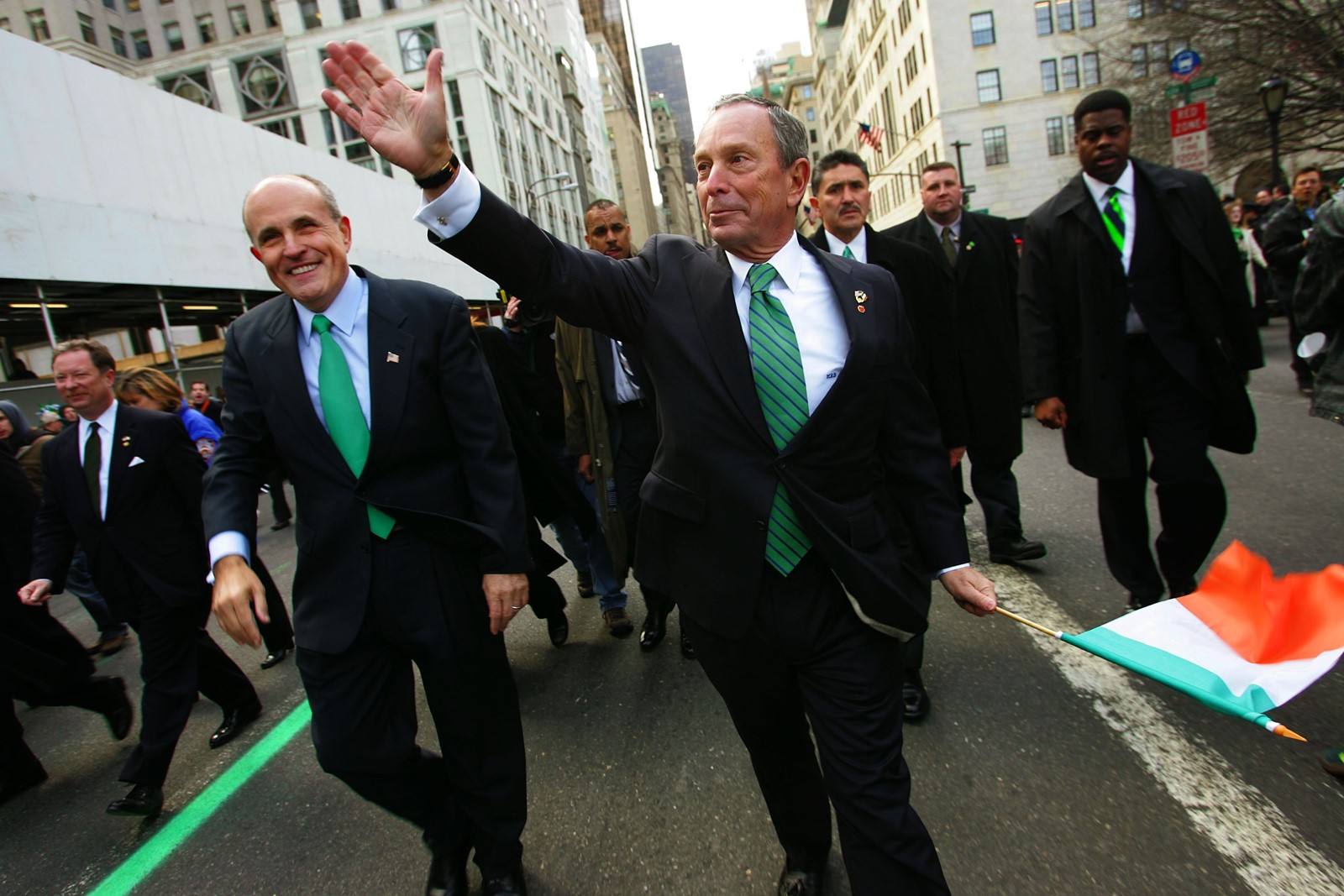 Billionaire Michael R. Bloomberg announced his run for president on Sunday and immediately demonstrated the power of his wealth by launching a massive television ad campaign that cost tens of millions of dollars.

The former New York mayor joins a crowded field of Democrats that has been jostling for months over the direction of the party and who is best positioned to take on President Trump next year. He has already been attacked by his rivals over his wealth and has fended off accusations that he is trying to buy the election. Bloomberg’s affluence is the primary reason his candidacy is getting the attention it is.

Here’s a look at the man, the money and the message:

Bloomberg, 77, is a businessman and the former three-term mayor of New York. His estimated net worth is $54 billion, making Bloomberg one of the richest men in the world. He has spent large amounts of money on his favored political causes, such as fighting climate change and supporting education reform. In 2018, he donated $95 million to federal candidates, political parties and committees.

Bloomberg previously flirted with and ruled out presidential runs, including earlier this year. But on Sunday he publicly declared his candidacy as a Democrat and began a $37-million weeklong ad blitz that same morning.

After graduating from Harvard Business School, Bloomberg went to work as a Wall Street banker at Salomon Brothers. He eventually made partner, but was laid off in 1981.

He owned $10 million worth of equity in the firm, which he used to start a business that provided news, analytics and data to financial companies through terminals at a premium cost. The company, which was named after its founder, grew to include a news wire service, radio stations and other media.

“Whatever it takes to defeat Donald Trump,” Bloomberg advisor

They most certainly do. Bloomberg spent at least $268 million altogether on his three mayoral campaigns, according to the New York Times.

The answer is, poorly. There is a long list of wealthy candidates of both parties who made a lot of political consultants rich but failed to win office.

Perot, who ran as an independent in 1992 and Forbes as a Republican in 2000, each spent the equivalent of a little over $110 million in today’s dollars, modern-day records. Bloomberg and Tom Steyer could easily break those records if they keep spending at the same pace. In the 2010 gubernatorial race, Whitman, a Republican, spent a record-breaking $144 million of her own money — and lost to Democrat Jerry Brown by 13 points.

There are exceptions — Democrat J.B. Pritzker shattered Whitman’s record by spending $171.5 million of his fortune on his successful 2018 campaign for Illinois governor. Republican Rick Scott spent $63.6 million of his own money to become a U.S. senator representing Florida that same year.

The question is whether Bloomberg will prove the exception or the rule.

Yes — see California’s very own hedge-fund-manager turned environmental activist Steyer. In the first three months Steyer was in the race, he spent $47 million largely to meet donor and polling qualifications to appear on the Democratic debate stage. He has spent untold millions of dollars since then, but remains a low-single-digit afterthought in the polls.

Steyer has a fraction of Bloomberg’s wealth.

Bloomberg isn’t the only candidate who was once a Republican. Sen. Elizabeth Warren of Massachusetts was a registered Republican until the mid-1990s, a point that has been criticized by former Vice President Joe Biden.

A top advisor said this month that Bloomberg had grown increasingly worried that no one in the Democratic field — more than a dozen candidates before Bloomberg jumped into the race — would be able to defeat Trump.

Bloomberg’s decision also comes after months of questions about Biden’s shaky front-runner status, and at a time two other candidates at the top of the polls — Sens. Warren and Bernie Sanders of Vermont — offer economic policy that Bloomberg finds entirely too liberal. (Earlier this year he invoked the crisis in Venezuela as he trashed Warren’s wealth tax proposal.)

The rest of the Democratic field has been courting voters for months, answering questions at town halls and visiting coffee shops in Iowa, New Hampshire, Nevada and South Carolina. Those four states are the first to vote for the presidential nominees in both parties, giving their voters outsized influence.

Bloomberg has already conceded that he entered the contest too late to compete in those states, so instead he plans to focus on Super Tuesday, when more than a dozen states including California hold their primary elections.

Bloomberg’s unusual strategy comes with many challenges. He will have to blunt the momentum of candidates who do well in the early states, while simultaneously campaigning in multiple states with expensive media markets.

But Bloomberg, with an unlimited campaign war chest, can do something no candidate has done previously — mount an all-out coast-to-coast television campaign.

Bloomberg’s campaign website brags about the decrease in crime in New York City while he was mayor. But a pillar of his administration’s approach was stop-and-frisk, a policing technique that has been widely blamed for racial profiling of black and brown residents. Bloomberg stood by the policy until last weekend, when he apologized for it at an African American church. Successful Democratic presidential candidates need the support of minority voters in primary and general elections.

Bloomberg has a history of making crude remarks about women, both in business and when he was mayor. A Bloomberg spokesman told the New York Times this month that the billionaire now views some of his past statements as “disrespectful and wrong.” These chapters of his life — notably on Wall Street during the 1970s and 1980s — are certain to be reexamined in the post #MeToo era.

Bloomberg’s business ties will also be under the microscope — already, media critics are outraged because the editor in chief of Bloomberg News announced over the weekend that its reporters would not scrutinize Bloomberg’s wealth, foundation or family nor those of his Democratic rivals as they continued investigating the Trump administration.

In addition, Bloomberg’s fortune is a particular problem in this year’s election, when much of the Democratic debate is about income inequality, the gap between the haves and have-nots, and the ability of the rich to use loopholes to aggregate more and more of the nation’s wealth.