They owe their gavels to Trump

Federal judges appointed by the president are starting to leave their mark, pleasing Republicans. 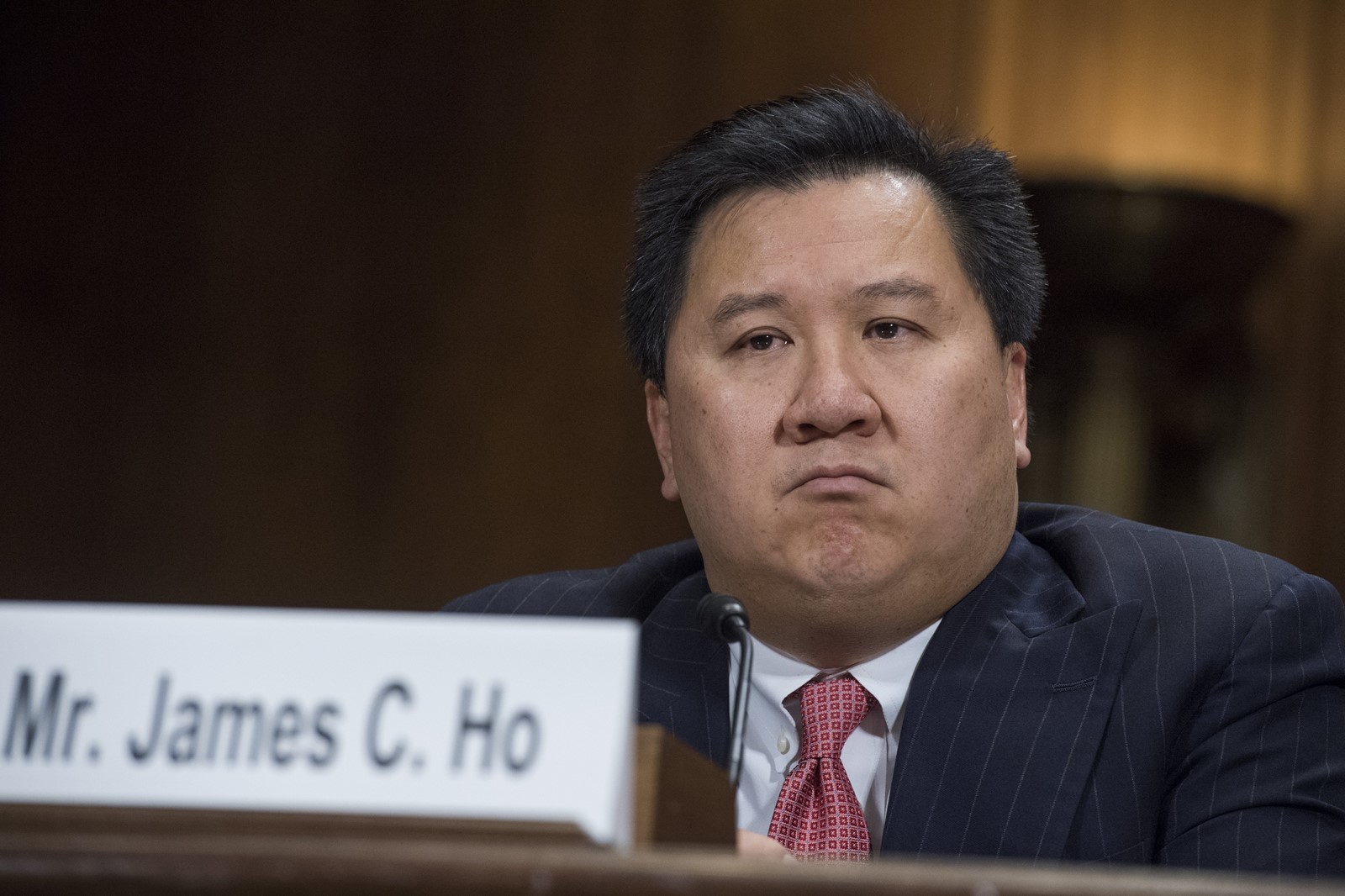 In 2015, Donald Zimmerman, a conservative city councilman in Austin, Texas, tried a novel strategy to win reelection: suing his own city.

A federal judge disagreed. After Zimmerman appealed, the full U.S. 5th Circuit Court of Appeals declined to hear his case, with one judge writing a dissent.

That was James C. Ho, newly appointed to that court by President Trump. He argued that not only did Zimmerman have a case, but that all donation limits in the U.S. should be abolished.

“The 1st Amendment protects the freedom of speech, and that freedom emphatically includes the right to speak about who our elected leaders should and should not be,” he wrote, concluding: “The 1st Amendment therefore protects campaign contributions.”

As Washington prepares for a Senate showdown over whether Brett Kavanaugh will join the Supreme Court, Trump has already put his stamp on the judiciary with the lifetime appointments of at least 43 federal judges. Ho was confirmed by the Senate in December by a 53-43 vote.

Trump’s total of 22 successfully appointed appeals court judges — as of last month — is more than either of the last two presidents at this point in their terms, according to an analysis last month by the Pew Research Center.

“The real kind of big news is the sheer amount of change that’s happening on the court of appeals,” said Harsh Voruganti, founder and editor of the Vetting Room, a website that tracks judicial appointments. “I think we’re going to see a fair amount of change in jurisprudence.”

Trump has reportedly received input in selecting nominees from right-leaning groups such as the Federalist Society. While conservative groups have celebrated his picks, liberal court-watchers are worried.

“What we’ve seen in only a very limited amount of time is deeply disturbing, and confirms concerns that we had before these individuals were approved by the Senate,” said Daniel Goldberg, legal director for the Alliance for Justice, a liberal-leaning judicial advocacy group.

He singled out Ho and his campaign finance opinion as an example.

During the confirmation process, senators had pressed Ho on a 1997 article in which he supported abolishing “all restrictions on campaign finance.”

In a written response, Ho said he had to demur on “stating a personal view on these issues” because he might hear campaign finance cases in the future.

But he promised: “If confirmed to be a federal judge, I would respect and enforce the campaign finance laws enacted by Congress, consistent with the precedents of the U.S. Supreme Court.”

To Goldberg, it was classic evasion — a judicial nominee trying to present a more politically neutral image in front of skeptical legislators.

“You see nominee after nominee come before the Senate Judiciary Committee, try to run away from their past, and [pretend] the minute they put on their robes, they become a robot and forget all their ideological leanings and everything they’ve dedicated their lives to over the last 20 or 30 years,” Goldberg said.

Another liberal advocacy group, People for the American Way, has launched a blog series called “Confirmed Judges, Confirmed Fears” to track the decisions and votes made by Trump’s judicial appointees.

The group cited a recent ruling by a 5th Circuit Court panel, in which Trump appointee Don Willett voted with a 2-to-1 majority to give the presidency broader powers to fire the head of the Federal Housing Finance Agency.

The decision was notable for relying on a theory advanced by Kavanaugh.

The group also flagged another opinion by Ho involving a Texas law that requires abortion clinics to bury or cremate fetal remains rather than disposing of them as medical waste.

As part of that lawsuit, the group of clinics sought internal records from the Texas Catholic Conference of Bishops over its support of the state’s policy and its offer to cover burial costs.

In a concurring opinion, Ho called abortion a “moral tragedy” and wrote, “It is hard to imagine a better example of how far we have strayed from the text and original understanding of the Constitution than this case.”

He called Ho “a rock-ribbed conservative when it comes to the law,” and said he could “understand why the left has flagged him.”

But he said a judge’s personal riffs are not the binding opinions that matter from a legal point of view and pointed out that Ho is still bound by Supreme Court precedent, even if he disagrees with it.

“At the end of the day, all judges have to follow [Supreme Court rulings] on abortion whether they like it or not,” Levey said.

Still, Ho’s dissent in the Austin campaign finance case was cited in a request by Zimmerman for the case to be heard by the Supreme Court.

“If you can get a split decision from a court of appeals,” said his attorney, Jerad Navjar, “that is significant, and that certainly helps in getting the case looked at by the Supreme Court.”