Obama is back. It’s about time 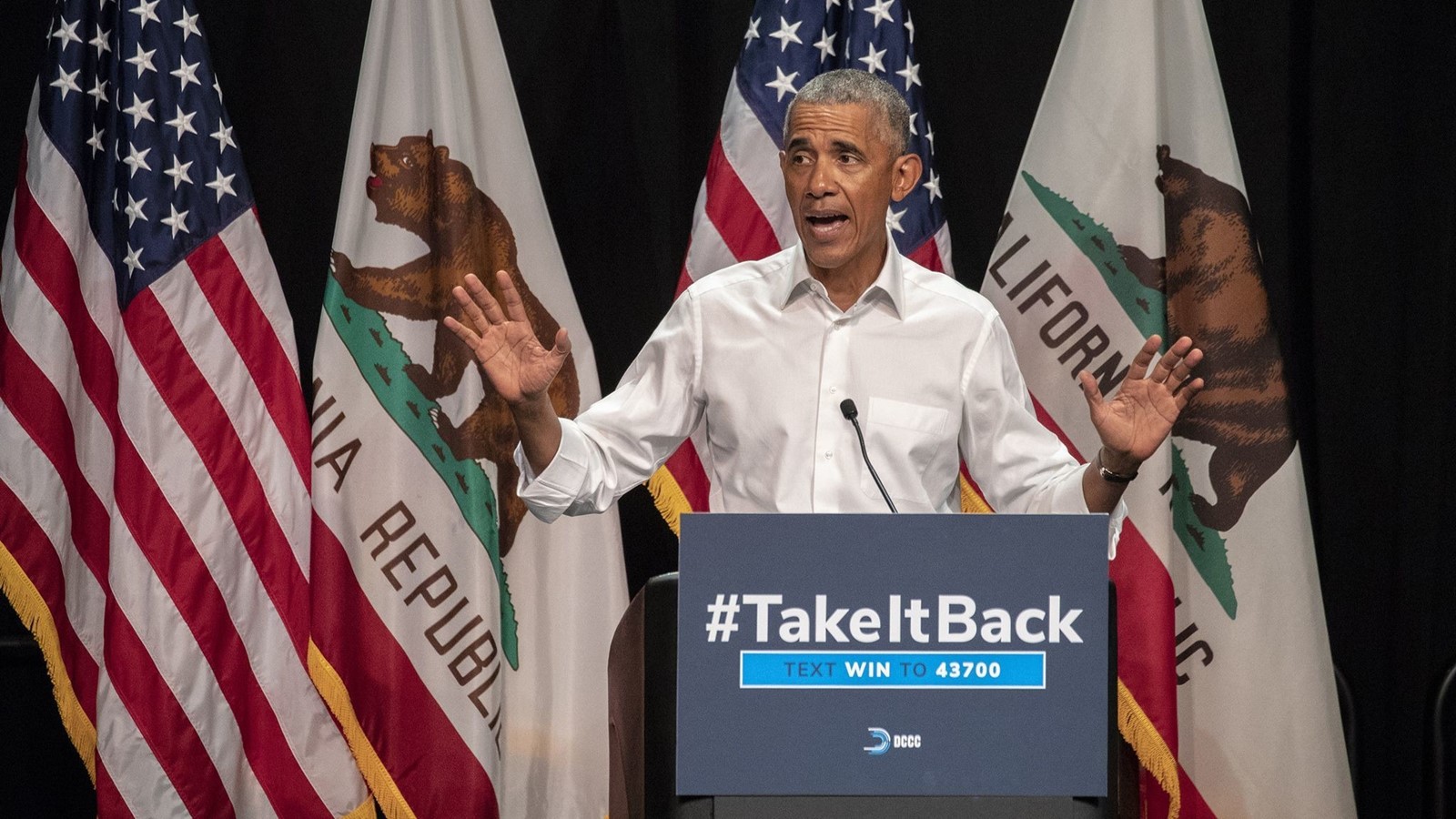 After more than three years of relative self-restraint while President Trump lambasted his character and eviscerated his policies, former President Obama has waded back into politics just in time for the presidential campaign.

In a videoconference with some 3,000 former aides last week, Obama slammed Trump’s response to the coronavirus crisis as an unbridled catastrophe, criticism he knew would leak.

Obama acknowledged that the pandemic “would have been bad even with the best of governments,” but added that it “has been an absolute chaotic disaster when that mindset — of ‘what’s in it for me?’ and ‘to heck with everybody else’ — when that mindset is operationalized in our government.”

“We are getting great marks for the handling of the coronavirus pandemic,” the president replied on Twitter. “Compare that to the Obama/Sleepy Joe disaster known as H1N1 Swine Flu. Poor marks, bad polls — didn’t have a clue!”

For those who have forgotten, the H1N1 influenza hit America in 2009 soon after Obama and his vice president, Joe Biden, took office. Over the next year, 12,469 Americans died from the disease.

More than 82,000 Americans have died of COVID-19 in the last three months. It’s an odd comparison for Trump to choose.

That wasn’t the only scuffle. Obama also took aim at Atty. Gen. William Barr’s decision to ask a judge to drop charges against Trump’s first national security advisor, Michael Flynn, who had pleaded guilty to lying to the FBI.

Obama said Barr’s decision undermined the integrity of the Justice Department. “Our basic understanding of the rule of law is at risk,” he warned.

“OBAMAGATE!” Trump roared back (on Twitter, again), reviving his crackpot theory that Obama concocted a conspiracy to destroy his presidency by launching the Russia investigation that indicted 34 people, including Flynn.

So much for comity between presidents and their predecessors.

Actually, that tradition has been violated before. Theodore Roosevelt called William Howard Taft, whom he had hand-picked to succeed him, a “fathead.” Jimmy Carter, George H.W. Bush and Bill Clinton all found something to criticize in the policies of those who followed.

Still, Trump has scored a dubious achievement: Alone among recent presidents, he has drawn criticism from all his living predecessors, Carter, Clinton, George W. Bush and Obama.

His brawl with Obama has been brewing for years. Long before Trump launched his 2016 campaign, he claimed falsely that the first African American president wasn’t born in the United States.

Candidate Trump said Obama was “perhaps the worst president” in history. He blamed Obama for a long list of purported sins, from the 2015 deal that successfully rolled back Iran’s nuclear program to allegedly being responsible for Trump’s own failure to deploy widespread testing for the coronavirus.

The surprise is how rarely Obama responded. But now, it appears, his gloves are coming off.

After Trump alleged Monday that his predecessor had committed crimes but refused to tell reporters what they were, Obama issued an instant and acid response: “When even [Trump] can’t explain his own conspiracy theory, you know the White House has fallen on tough times.”

All this matters because it could change the trajectory of the 2020 presidential campaign.

Obama’s refusal to endorse Biden until he had locked up the Democratic presidential nomination gave some supporters heartburn. But Obama is backing him now, and Trump has given him more reasons than ever.

People who have talked with Obama say he’s eager to get involved. He’s giving Biden strategy advice by phone and is recruiting former aides — including those on the conference call — to help.

“President Obama believes this election is too important for anyone to sit out,” his spokeswoman, Katie Hill, told me Tuesday. “He looks forward to campaigning aggressively this year for Biden.”

Obama is exactly the wingman Biden needs. The former vice president is running as the candidate of restoration, to return the country to the relatively placid days of what he calls the “Obama-Biden administration.”

Obama can testify to Biden’s fitness for the job as no one else can. He can help Biden energize African American voters, an important part of the coalition that won two presidential elections. He may be able to help the 77-year-old Biden draw more young voters and bring a dose of excitement to his campaign.

If the race is just Trump vs. Biden, Trump stands a chance. If it’s viewed as Trump vs. Obama, the incumbent has a bigger problem. In a 2018 poll, 56% of Americans said Obama was a better president against 37% for Trump.

Unlike Trump, who can commandeer Air Force One, Biden is stuck campaigning from his home in Delaware, a state still under a shutdown order. His campaign aims to deploy an army of surrogates to try to energize the unruly constituencies of the Democratic Party, with Obama as Surrogate No. 1.

It just might work. By November, Trump may regret his strange, endless grudge match with Barack Obama.