U.S. views the Made in China 2025 plan as a central threat 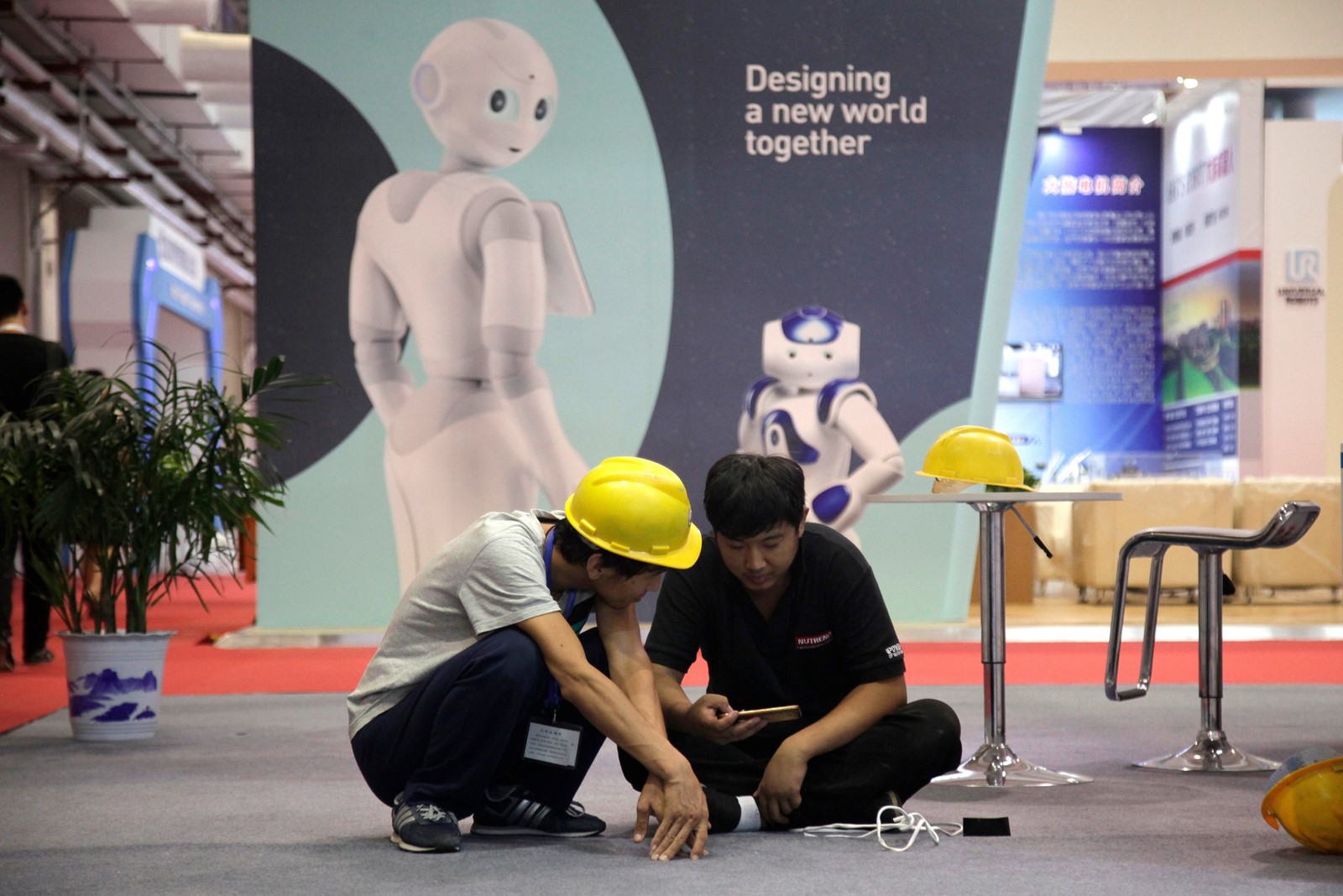 WORKERS prepare for the World Robot Conference in Beijing last year. Made in China 2025 aims to transform the country from a labor-intensive economy into one focused on products like robots and electric cars. (Fu Ting Associated Press) 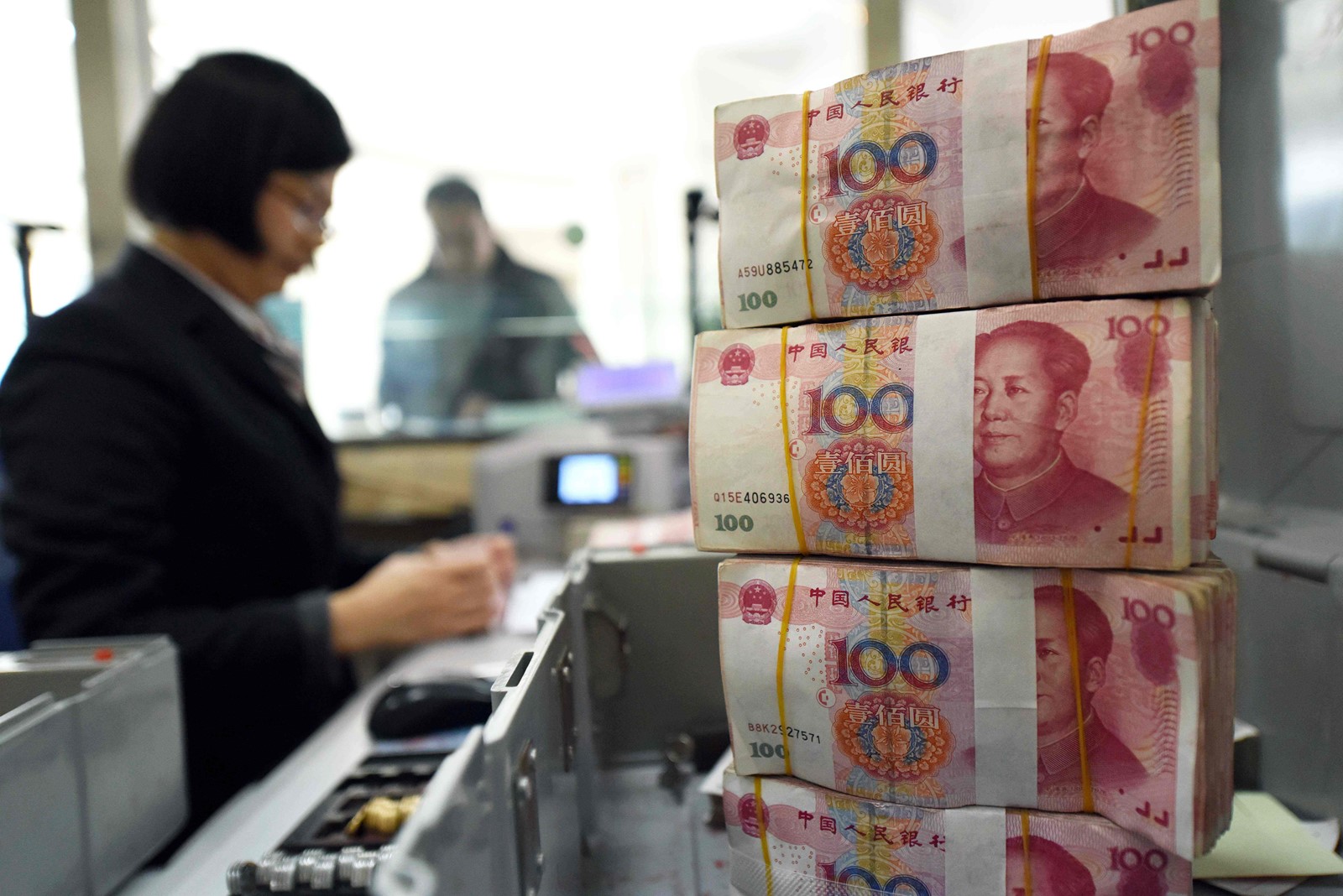 China unveiled its plan to dominate the world’s most crucial technologies with little international fanfare, another vague, guiding principle in the labyrinth of Communist Party bureaucracy.

Three years later, it’s at the core of a trade dispute with Washington that threatens to upend the global economy.

Made in China 2025 is a blueprint for transforming the country from a labor-intensive economy that makes toys and clothes into one that engineers advanced products like robots and electric cars. The Trump administration views it as an attempt to steal U.S. technology and control cutting-edge industries.

Officials aimed to temper the initiative this month when they announced potential tariffs on $50 billion in goods. But Chinese leaders consider the plan key to the country’s development and refuse to alter its course.

“China is trying to achieve a clear goal and America wants to stop it,” said Andrew Polk, cofounder of Trivium/China, a Beijing research firm. “And that’s where the competition is.”

Here’s what Made in China 2025 is all about and what it means for the trade war:

The plan funnels billions into 10 industries, including biopharmaceuticals, aerospace and telecom devices. It calls for 70% of related materials and parts to be made domestically within a decade. A separate document details China’s strategy to lead in artificial intelligence by 2030.

Officials modeled Made in China after a German initiative called Industrie 4.0, which envisions greater automation in manufacturing and “intelligent factories” that operate with wireless sensors. They didn’t have much choice. The world’s biggest population is aging and rising wages are sending low-tech factories to other countries.

“The labor supply is decreasing,” said Ashley Qian Wan, China economist for Bloomberg Economics in Beijing. “And that’s going to be a big problem for China.”

When President Kennedy vowed in 1961 to send a man to the moon, more than 30 million people in China had just starved to death. People’s Republic founder Mao Tse-tung closed universities for a decade whereas researchers in Silicon Valley invented the internet. China sees itself as simply trying to catch up.

The country developed its first bullet train last year, a vehicle with a maximum speed of 248 mph named Fuxing or rejuvenation. Engineers also built the country’s first homegrown jetliner, an initial step toward filling Beijing’s crowded airport with planes from China rather than America’s Boeing or Europe’s Airbus.

Officials portray the initiative as transparent and open to foreign companies. They dispel notions that it will monopolize domestic markets. America’s dismissal of the plan reinforces a party narrative that the U.S. seeks to undermine China’s resurgence.

“We have good reasons to question the legality and legitimacy of many actions taken by the U.S. on the grounds of national security, like its plan to impose high tariffs on many industries of Made in China 2025,” Chinese Foreign Ministry spokeswoman Hua Chunying told reporters this month. “Clearly, they are targeting something else.”

The Trump administration frets about the way China aims to achieve its 2025 ambitions. American businesses have long complained about the sacrifices they make to operate in the world’s largest market, including requirements to partner with domestic companies and hand over trade secrets.

Officials fear these techniques will make it impossible for U.S. companies to compete in the world’s most critical fields. They also worry massive Chinese government subsidies will lead to a global glut of products that push down prices and hurt U.S. businesses.

“There are things China listed and said, ‘We’re going to take technology, spend several hundred billion dollars, and dominate the world,’ ” U.S. Trade Representative Robert Lighthizer told senators at a March hearing. “And these are things that if China dominates the world, it’s bad for America.”

“Consensus is growing in Washington that the U.S. is in a race with China for technical leadership,” Arthur Kroeber, managing director of Beijing research firm Gavekal Dragonomics, said he recently told clients. And some, he added, think that “economic cold war is the answer.”

President Xi Jinping recently told a room full of global investors that China would further open its economy. Officials last week said they would phase out rules that require automakers like General Motors to find a local partner before opening factories in China. They plan to end foreign ownership requirements on electric vehicle makers this year.

This wouldn’t mark the first time authorities vowed to shed their protectionist shield. The European Union Chamber of Commerce in China complained last year that foreign businesses were suffering from “promise fatigue.”

The problem is China’s high-tech ambitions include “plans to use instruments such as subsidized credit and market access restrictions,” said David Dollar, a senior fellow at the Brookings Institution and former U.S. Treasury official in China. “It makes sense for the U.S. to oppose this practice.”

But Chinese officials see an irony in efforts that try to maintain America’s chokehold on innovation. Hua, the Foreign Ministry spokeswoman, likened the U.S. to a “bully — only it can have high tech and others cannot.”

Neither side looks willing to bend. Recent talks to de-escalate the trade dispute reportedly collapsed over the 2025 plan.

“China views the overall system as inherently unfair because it was created by the current dominant power,” Trivium/China’s Polk said. “America should stop complaining and start designing its own industrial policy to counter China.”