City of South Gate hopes to return to its ‘wild side’ 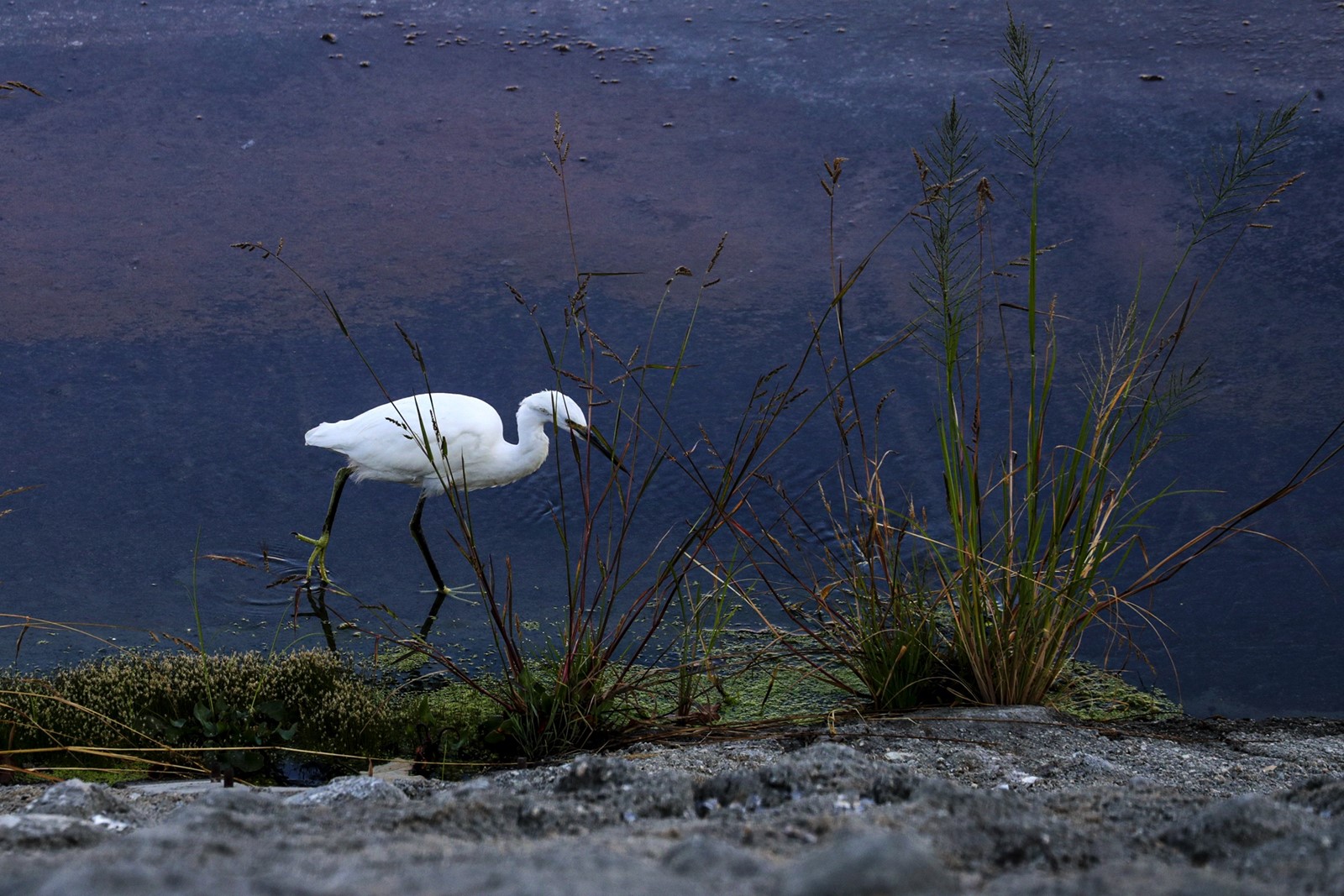 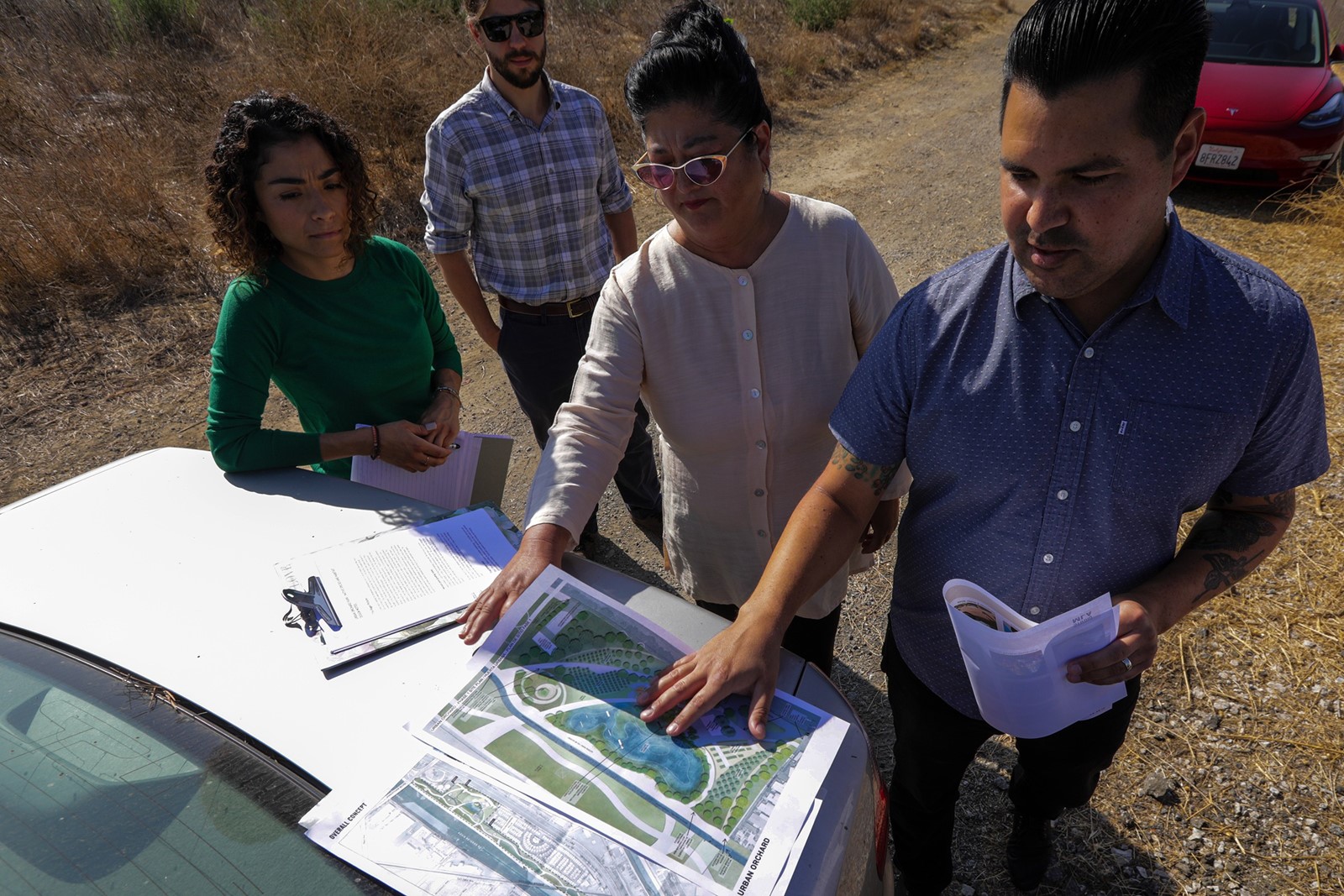 The city of South Gate plans to transform a weedy and rutted field overlooking an industrialized stretch of the Los Angeles River into a sylvan retreat boasting a nursery for rare native fish that thrived before the explosive growth of Southern California after World War II.

The $20-million Urban Orchard Project is slated to sprout on 7 acres of undeveloped city property sandwiched between the 710 Freeway and the river and surrounded by electrical power-line towers, truck yards, mobile homes, manufacturing plants and some of the most densely populated neighborhoods in the state.

The idea is to mimic conditions that once existed in L.A. in order to rear native rainbow trout and arroyo chubs, a tiny California species of special concern, in wetlands and a recirculating 300-foot-long stream that would be roughly 2 feet wide and 3 feet deep.

“It’s a neglected landscape reclaiming its wild side,” Robin Mark, Los Angeles program manager for the nonprofit Trust for Public Land, which is partnering with South Gate on the project, said during a recent tour of the property. “Our goal is to showcase new ways to consider the potential value of undeveloped land along the concrete L.A. River channel.”

Nodding toward the thorny expanse of waist-high weeds, she added, “A few years from now, this place will be teeming with insects, birds, rare fish, biologists and visitors from throughout the region.”

The trout and chubs will forage and lounge in a sanctuary of potable and treated water contoured with pools, riffles and waterfalls designed by biologists at Stillwater Sciences, a consulting firm.

Some of the fish raised at the park, which is scheduled to open in late 2021, would be reintroduced into suitable habitat throughout Southern California.

If all goes according to plan, South Gate, a now overwhelmingly Latino suburb whose manufacturing might after World War II produced the General Motors cars and Firestone tires that shaped America’s highway system, would become the first city in California to operate a nursery for at-risk fish attached to a new park.

The project is sorely needed. An estimated 60% of South Gate residents live within walking distance, or a quarter-mile, of a park, compared with 87% of Santa Monica residents who live that close to green space, according to a recent survey by the Trust for Public Land.

A native fish farm does not come easily, or cheaply, on a field that edges up to the 710 Freeway.

Funding includes about $8 million from the State Water Resources Control Board for infrastructure, more than $2 million from the San Gabriel and Lower Los Angeles Rivers & Mountains Conservancy for landscape designs and $25,000 from the Trust for Public Land for community outreach.

Additional funds are expected from state and federal programs.

“This project began as a simple proposal to build a new stormwater drainage and groundwater recharge system on the property,” South Gate City Manager Michael Flad said. “But with an open mind, we started entertaining possibilities ranging from playgrounds to koi ponds.

“Eventually,” he added, “it was an alignment of potential funding combined with the encouragement of our partners and the courage of our City Council that made us move in this ecological direction instead of toward more apartment units.”

That message resonates in many communities shouldering riverbanks along the L.A. River, which was transformed in the 1930s into a flood-control channel to protect the burgeoning flatlands from frequent catastrophic floods.

Nearly the entire 51-mile river bottom was paved with concrete, except for a few places where the water table was too high.

The South Gate Urban Orchard project is one of dozens of efforts to restore habitat and create people-friendly landscapes along the non-erodible channel — which was designed to convey flood waters from watersheds to the Pacific Ocean.

Whether the effort succeeds remains to be seen, but Jennifer Pareti, an environmental scientist with the California Department of Fish and Wildlife, said: “The fact that this project was born in a field of weeds is a huge step in the right direction. To say it is greatly needed is an understatement.”

Wendy Katagi, senior manager of ecosystem restoration services at Stillwater Sciences, said the project could serve as a pilot for future efforts aimed at “bringing back threatened and endangered species, and seeing them delisted and thriving in our watersheds again.”

Native rainbow trout and arroyo chubs were once abundant across Southern California. Today, they are found in the headwaters of the San Gabriel River in the Angeles National Forest, Big Tujunga Creek in the Los Angeles River Basin, portions of the Santa Ana River and parts of the Santa Clara River system in Los Angeles and Ventura counties.

Rainbow trout are found in cold-water tributaries of the Pacific Ocean and can grow to almost 4 feet in length. Arroyo chubs are chunky diminutive fish with a greater tolerance for warm water.

Katagi said that chubs may be no bigger than a thumb and are not very flashy, but they feast on mosquitoes and algae and adapt easily to most conditions, except for extreme drought, mudslides and urban development.

“We’re putting our heart and soul into this project,” she said, “because it will prove that we can recover these species and then bring them home to the streams they evolved in.”