The diminishing value of a Trump endorsement 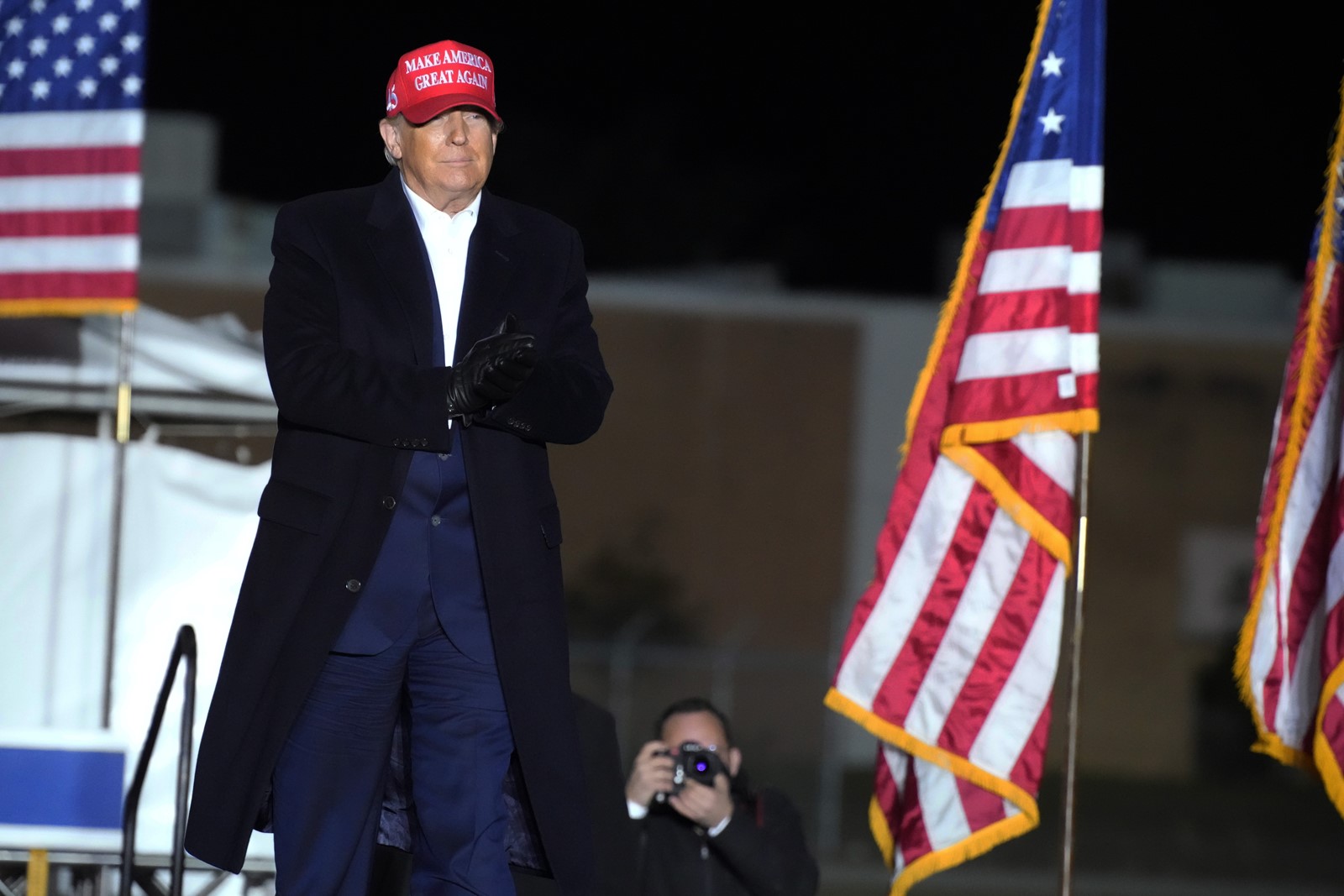 Running for governor as a disciple of Donald Trump, Janice McGeachin has done almost everything short of surgically attach herself to the former president.

It’s not just that Trump is omnipresent in her advertising, or that McGeachin mimics his flame-throwing rhetoric. She’s also modeled Trump’s flamboyantly defiant behavior, challenging Gov. Brad Little, a fellow Republican, in the upcoming primary and, as lieutenant governor, acting to overturn his policies when he left Idaho.

The reward for McGeachin’s performance is Trump’s “Complete and Total Endorsement,” which followed her pilgrimage to Mar-a-Lago and makes Little one of only two Republican governors in the country seeking reelection to be openly opposed by the ex-president.

Not that the endorsement — make that seems to be doing much good. Less than two months before the May 17 primary, McGeachin (pronounced Mick-GHEE-hin) is fighting for credibility and traction in a race that polls show her losing badly.

She is not alone in facing those difficult straits.

Trump coaxed former Georgia Sen. David Perdue into the Republican primary against Brian Kemp after the governor committed the heresy of refusing to overturn Joe Biden’s victory in the state. But Perdue is also struggling ahead of the May 24 GOP primary, as are candidates Trump endorsed in Senate primaries in North Carolina and Alabama.

All of which suggests Trump’s sway over Republican voters — and, by extension, the Republican Party — is diminishing the further he gets from the White House.

In a separate measure, a Quinnipiac Poll last month showed, by a 52%-36% margin, Republicans sided with Mike Pence over Trump on the question of whether the former vice president could have overturned the 2020 presidential election, as Trump urged.

Of course, much could change before Republicans vote in May. But if Idaho — a state Trump won by nearly 2-to-1 over Joe Biden — is any indication, it will take more than a blessing from the former president to boost his preferred candidates into office.

Issues matter and so, most especially, does the quality of each candidate.

Little, 68, an affable third-generation rancher and former head of the Idaho Assn. of Commerce and Industry, is a living embodiment of the business-oriented pragmatic conservatism that has long held sway here.

As governor, he’s cut taxes and regulations and kept a light hand during the COVID-19 pandemic, which allowed businesses to stay open during the worst outbreaks but pitched the healthcare system into crisis for several months.

His reelection strategy essentially amounts to doing his job and ignoring McGeachin.

On Tuesday, Little appeared in the governor’s ceremonial office — marble columns, gold drapery, big Western oil paintings — to announce “a new online, one-stop shop” to find public meeting information for the state’s executive branch agencies. Standing before a bank of cameras, Little also worked in a lighthearted reference to his aggressive deregulation efforts, saying anyone who didn’t know his record was “living on a foreign planet.”

For her part, McGeachin, 59, was a mainstream conservative during a decade in the Legislature before transforming herself — like many seeking opportunity and advancement in the Trump era — into an acolyte of the man she calls “the greatest president of our lifetime.”

Her campaign has consisted largely of attention-seeking stunts, with COVID-19 the wedge she’s used to break from Little. (The two were elected separately, not as running mates.)

On two occasions when the governor left the state, McGeachin used her temporary authority to issue executive orders prohibiting localities from enforcing mask mandates and testing and vaccine requirements. Little immediately reversed her actions and secured an opinion from the state attorney general limiting McGeachin’s powers in his absence.

She has been defending her decision to address a white supremacist gathering in Florida — which put her in the company of extremist GOP Reps.Marjorie Taylor Greene and Paul Gosar — and gone on the attack against authorities over a mistreated 10-month-old being taken from his family and put in protective custody.

(The child is the grandson of a campaign consultant for Ammon Bundy, the militant right-wing activist, who is running for Idaho governor as an independent. McGeachin called the action “medical tyranny.”)

For years now, Idaho has been one of the fastest-growing states in the country, experiencing a boom that’s not only carpeted the landscape with new subdivisions but also changed the tenor of its politics.

Some of the new arrivals are conservative refugees from blue states like California, who thrill to the pugnacious style of politics that Trump personifies and others emulate. Their influence can be seen at the local level and, increasingly, when legislators gather beneath the Capitol dome.

But there remains a significant portion of the Republican Party that prefers a more practical and achievement-oriented approach.

During Trump’s presidency it was common to hear supporters say they liked his policies even if they didn’t much care for his personality or provocations.

A primary victory by Little would suggest that given the chance to have one without the other — the accomplishments without the antics — a majority of Republican voters will take it.

That could have implications not just in 2022, but if Trump seeks the GOP nomination again in 2024.