Going to Burning Man on the company’s dime 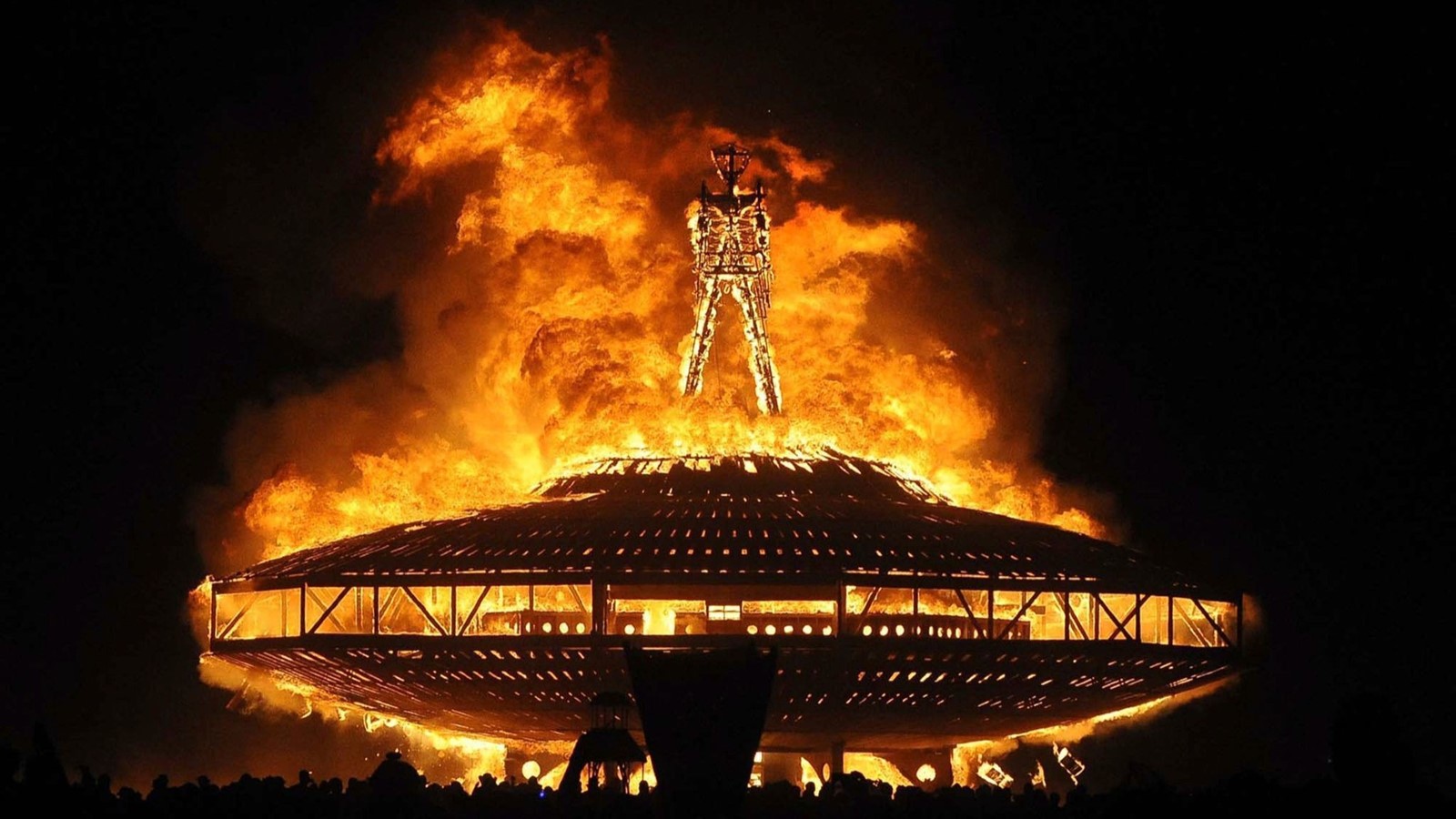 SOME companies allow employees to attend Burning Man in Nevada and expense it. Above, the 2013 event. (Andy Barron Reno Gazette-Journal)
PREVIOUS IMAGE

When heading to Burning Man, the nine-day bacchanal-cum-art installation in the Nevada desert, people tend to bring along their friends, lovers or drinking buddies. Others go with their co-workers — and they expense it.

Shane Metcalf, co-founder and chief culture officer of 15Five, this year decided to let employees at his software company who had never been to Burning Man file the $425 tickets on their expense reports. The idea, he said, is to help foster creativity and communityat work.

The festivities have been formative for him. “What are the things that have contributed to our own heroes’ journey?” is the question he recalls discussing with his co-founder, Chief Executive David Hassell. “Burning Man is one,” he said, adding that it allowed them to cultivate an “integrated, authentic self expression.” Thus was born the reimbursed-tickets plan.

Although many companies in the San Francisco Bay Area resign themselves to lowered output and high levels of employee absence this time of year, a few are encouraging their staff to hit the Playa, as regulars call the stretch of desert where the 60,000-person event takes place through Sept. 3. Sometimes, it’s essentially mandatory.

That’s what happened toSantiago Genochio, an events planner based in Britain. When he joined social network Faceparty in 2007, one of his first tasks was to buy Burning Man tickets, rent trucks and RVs to build a camp, and arrange for travel from London to Nevada for about a dozen people — pretty much the whole staff at the time, minus some IT workers who had to stay behind.

“It was very interesting, being there with a group of people who wouldn’t have been there on their own steam,” he said. Some of the more skeptical staffers ended up enjoying it the most. Genochio himself had gone several times before and was delighted to return at the expense of his new employer.

As a team-building and creativity-fostering exercise the trip was “amazing,” Genochio said. But the company didn’t get much chance to benefit. Faceparty, facing stepped-up competition from other social networks, fell on hard times financially, with most of the staff cut the following year.

Dr. Bronner’s Magic Soaps, an organic-products company near San Diego, sends employees each year, from Cosmic Engagement Officer (or CEO) David Bronner on down. This year, the company is paying the way of about 11 employees because they went early and built the 320-person camp where Bronner and others stay.

“They are cranking huge overtime, and we only cover base normal weekly wage,” Bronner said. “The rest is their contribution.”

Most of the other people at the camp don’t work at Dr. Bronner’s and all pay fees to use the facilities and share meals. Those fees are donated in full to the Zendo Project, a nonprofit that helps people manage the effects of psychedelic drugs.

Still, as many companies clamp down on rituals as banal as holiday parties for possible human resources violations in light of the #MeToo movement, the unconventional interactions possible at Burning Man cause some CEOs to react in horror at the prospect of a company-sanctioned trip.

Metcalf of 15Five said his employees can handle the free-spirited environment with integrity, and besides, Burning Man isn’t the only place where someone inclined to indulge could overdo it. “People are having sex all the time, even when they’re not at Burning Man,” he said.