Newsom is weaker. Too late for GOP? 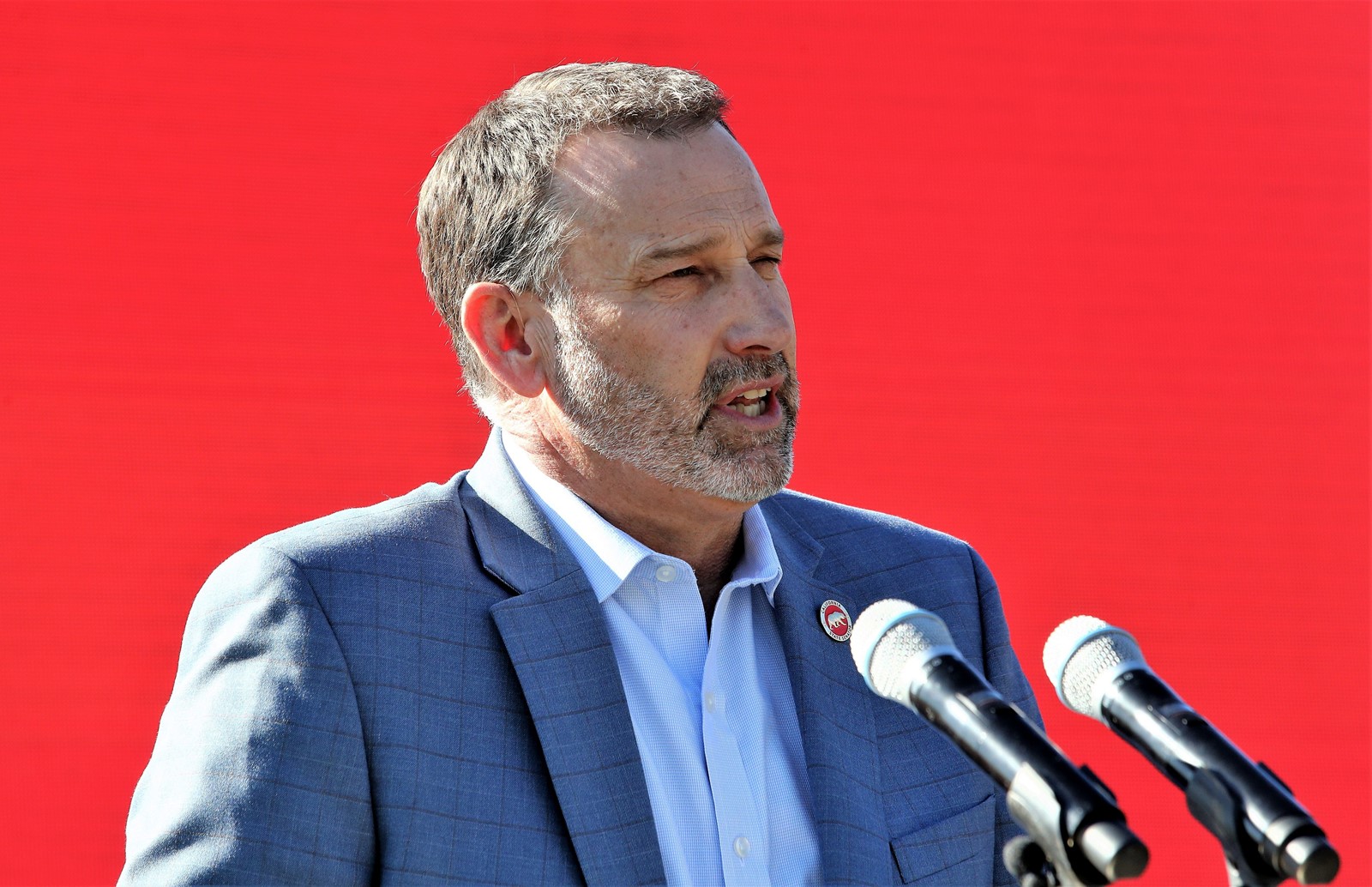 STATE SEN. Brian Dahle (R-Bieber) is considered the GOP front-runner in the gubernatorial race, but he is little known outside his isolated district. (Mike Chapman Record Searchlight)
PREVIOUS IMAGE

The crime issue is teed up for her — and would be for GOP gubernatorial aspirants if they hadn’t buried the ball in the rough last year.

To use a golf analogy, the ball’s teed up for the Republican Party to contest Gov. Gavin Newsom. But it already swung weakly last year and shanked to the right.

There won’t be a mulligan — no do-over — on the foolish recall attempt that Newsom crushed by about 24 percentage points.

“After the recall, the ball’s definitely lying in the deep rough,” says Republican consultant Rob Stutzman, an avid golfer.

Newsom should be vulnerable on the issues of crime and homelessness, two separate polls showed this week. But there doesn’t appear to be a competitive Republican candidate around to take a good swing because the party wasted its shot in the recall effort.

Former San DiegoMayor Kevin Faulconer was warming up to challenge Newsom’s reelection bid this year. The Republican moderate theoretically could appeal to Democratic centrists, as he did in San Diego. But Faulconer felt compelled to enter the recall race and got swamped by right-wing talk show host Larry Elder.

Many Democratic voters ignored the contest to replace Newsom if he was recalled, leaving the irrelevant choice mainly to Republicans. And they overwhelmingly preferred the conservative who advocated zero minimum wage, opposed abortion rights and suggested that descendants of slave owners be paid reparations for loss of their ancestors’ property.

Elder was the showcase Republican. And his far-right positions probably tarnished the party image even further among Democrats and independents.

Faulconer lost to Elder by 40 percentage points. And that most likely cooled investor interest in helping to finance another Faulconer gubernatorial bid.

Elder quickly decided not to run again this year. But Faulconer has been seriously considering it, assessing whether he can raise enough money to be competitive. He probably can’t. But if the awful campaign grind is bearable, he might as well take a swing.

Newsom already has $25 million stashed and has unlimited potential for raising all he desires from interests, especially after his recall romp.

March 11 is the deadline for entering the race.

But Dahle is little known outside his isolated district. And it’s very doubtful he’ll have enough money to get known.

Underlying the GOP’s debilities, of course, is its small voter registration that has plunged over the years. Democrats outnumber Republicans nearly 2 to 1 in California.

But ordinarily with poll numbers like Newsom’s, even a Democratic governor would be sweating.

After several years in relative political dormancy, except as a sentencing reduction issue for Newsom and other liberal Democrats, crime has resurfaced as a hot campaign topic. It could affect state and local races — from governor to mayor and district attorney — in California and across the country.

A poll by the UC Berkeley Institute of Governmental Studies co-sponsored by the Los Angeles Times found that registered voters’ approval of Newsom’s job performance has plummeted from 64% to 48% while disapproval has climbed from 36% to 47% since September 2020.

Those figures make things look worse for the Democrat than they probably are. Since the recall election last September, his approval has dipped only 2 percentage points and disapproval has risen 5.

But voters are unhappy with Newsom’s handling of crime and homelessness. When people get angry about crime, as happens cyclically, it historically has benefited law-and-order candidates, mainly Republicans. And we may be there again.

Only 20% of surveyed voters believe Newsom is doing a good job on crime, while 51% think he’s doing a poor job.

Worse, just 11% say he’s doing a good job on homelessness, an issue Newsom owns after all his rhetoric and the billions the state has spent trying to get people off the street. A whopping 66% says he has done a poor job.

“The homeless issue is out of control,” Newsom told reporters in May 2019. “It’s a stain on the state of California.”

In February 2020, he devoted his entire State of the State address to homelessness. Unprecedented.

But then almost immediately the pandemic struck, and priorities understandably changed.

Tent encampments still blight cities, however, and many voters equate them with crime.

Another Newsom vulnerability is Proposition 47, a 2014 sentencing reduction initiative that he has strongly supported. It lowered some theft and drug felonies to misdemeanors. But 59% of those polled said it should be amended to allow certain property crimes to again be prosecuted as felonies.

More than half the voters said the state is off on the wrong track — always a warning signal for incumbents.

“The view that crime is a big problem is on the rise across a wide range of regional, demographical and partisan groups,” the institute reported.

“This view is highest in Los Angeles.”

Stutzman, a veteran political strategist, says crime “is the type of issue that leads to big shake-ups.”

He’s counting on it, managing the campaign of Sacramento County Dist. Atty. Anne Marie Schubert against Democratic Atty. Gen. Rob Bonta. She has left the GOP and is running as an independent to be the state’s top cop.