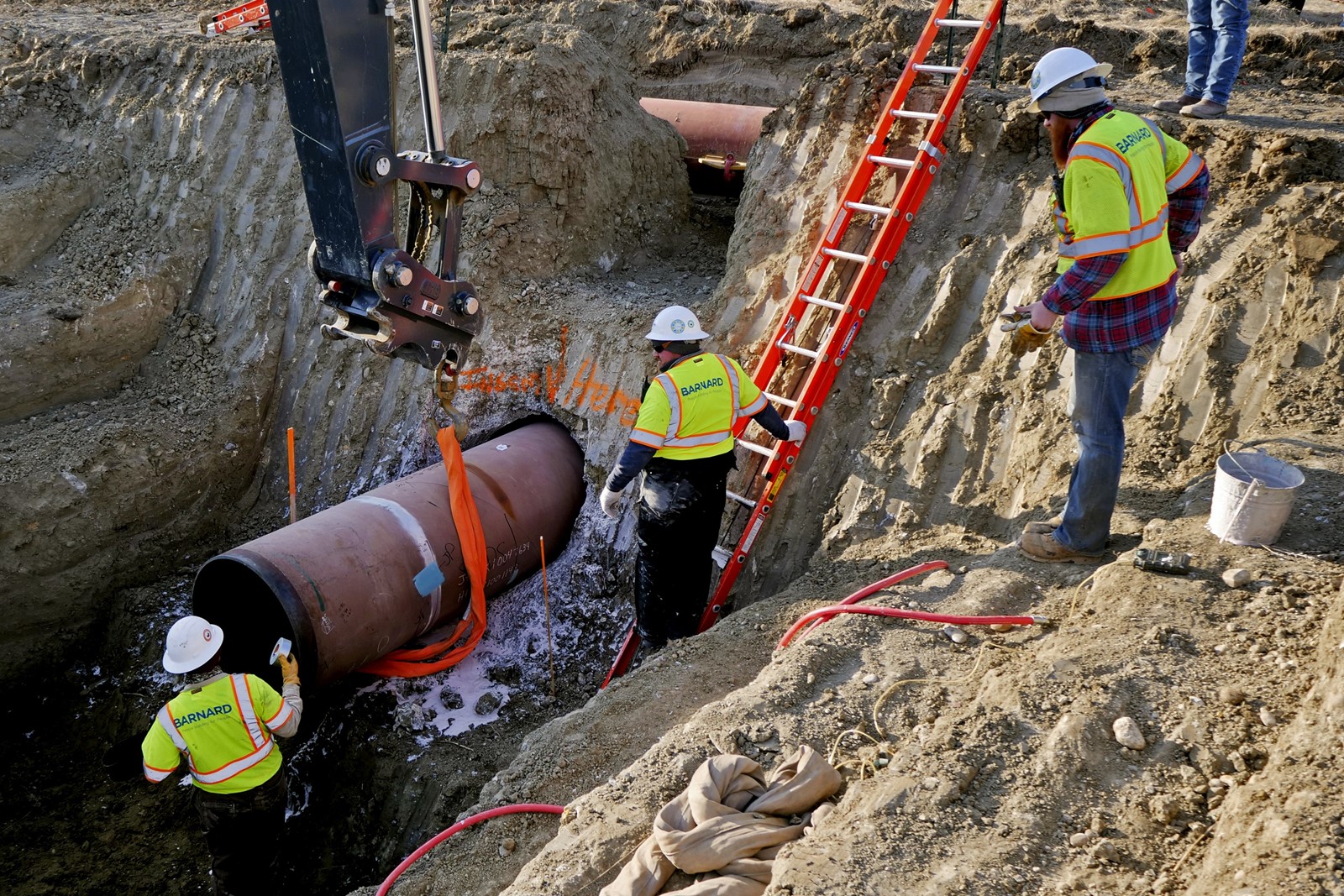 Federal courts have delivered a string of rebukes to the Trump administration over what they found were failures to protect the environment and address climate change as it promotes fossil fuel interests and the extraction of natural resources from public lands.

Judges have ruled administration officials ignored or downplayed potential environmental damage in lawsuits over oil and gas leases, coal mining and pipelines to transport fuels across the U.S., according to an Associated Press review of more than a dozen major environmental cases.

The latest ruling against the administration came Thursday when an appeals court refused to revive a permitting program for oil and gas pipelines that a lower court had canceled.

Actions taken by the courts have ranged from orders for more environmental analysis to the unprecedented cancellation of oil and gas leases across hundreds of thousands of acres in Western states.

“Many of the decisions the Trump administration has been making are arguably illegal and in some cases blatantly so,” said Mark Squillace, associate dean at the University of Colorado Law School and a specialist in natural resources law. “They’ve lost a lot of cases.”

Some of the most far-reaching rulings have come from U.S. District Judge Brian Morris, an appointee of President Obama posted in Montana.

He also struck down the nationwide permitting program for new oil and gas pipelines in a lawsuit against the controversial Keystone XL pipeline from Canada.

The rulings brought cheers from environmentalists who have looked to the judiciary to check President Trump’s ambitions. But Morris was denounced by oil and gas industry representatives and allies in Congress as an “activist judge” inserting his own agenda into cases.

The ire directed at Morris, a former clerk for the late conservative Chief Justice William H. Rehnquist, appears to be politically driven, legal analysts said. Federal judges in other states — including appointees of both Democratic and Republican administrations — have also ruled against Trump.

In Colorado, Judge Lewis Babcock, a Reagan appointee, sided with conservation groups and said the administration’s review of 171 proposed natural gas wells didn’t look closely enough at the cumulative effect of drilling on climate change and the area’s mule deer and elk populations.

In Idaho, a magistrate judge canceled more than $125 million in oil and gas leases on public lands that are home to sage grouse, after determining the Trump administration illegally curtailed public comment.

Administration officials said the courtroom setbacks had not stopped them from paring back burdensome regulations to create jobs and save taxpayer money while still upholding environmental protections and public health.

Kathleen Sgamma with the Western Energy Alliance, which lobbies for oil and gas companies, said a better measure of the administration’s success is the growth in U.S. energy production under Trump. The U.S. overtook Saudi Arabia in 2018 to become the world’s largest oil producer.

“The big picture is the administration’s ‘energy dominance’ agenda has been hugely successful,” Sgamma said.

Trump deserves praise for recognizing that regulations hampered the industry’s growth and needed to be eased, she added.

In the Keystone XL case, Morris ruled that the U.S. Army Corps of Engineers had never justified use of a blanket environmental permit for construction of oil and gas pipelines through wetlands, streams and other waters. The Army Corps suspended the permitting program, affecting thousands of projects.

U.S. Rep. Greg Gianforte, a Montana Republican, called the ruling “a massive overreach by an activist judge” that went beyond the court’s authority.

Government attorneys filed an emergency appeal to block Morris’ ruling, but the rejection of it Thursday by a two-judge panel of the U.S. 9th Circuit Court of Appeals means the issue could drag out for months before a final decision.

A longtime colleague of Morris who served with him on Montana’s Supreme Court said his detractors should look more closely at his record. “He follows the rule of law,” said retired Justice Mike Wheat.

Attorneys who sue on behalf of environmental groups have long sought out venues they believe favorable, but it hasn’t always worked out.

In March, an Obama-appointed judge in California upheld the Trump administration’s repeal of a 2015 rule regulating fracking, or hydraulic fracturing, for oil and gas.

Last week, on the same day Morris canceled oil and gas leases on more than 300,000 acres of public lands in Montana and Wyoming, he ruled for the administration in a coal mining case brought by environmentalists and the Democratic attorneys general of California, New York, New Mexico and Washington.

The judge had initially ruled against the administration and said its lifting of an Obama-era moratorium on coal sales was flawed. But he accepted the Interior Department’s subsequent justification that the move had a negligible effect on climate-changing greenhouse gas emissions.

That case illustrates a growing frustration among environmental activists: While judges have ruled against Trump on climate change and other issues, that hasn’t stopped the administration from issuing flawed or incomplete environmental analyses, then pushing forward until challenged in court again.

“It’s like they are creating a whack-a-mole game that we have to play,” said Jeremy Nichols with WildEarth Guardians.