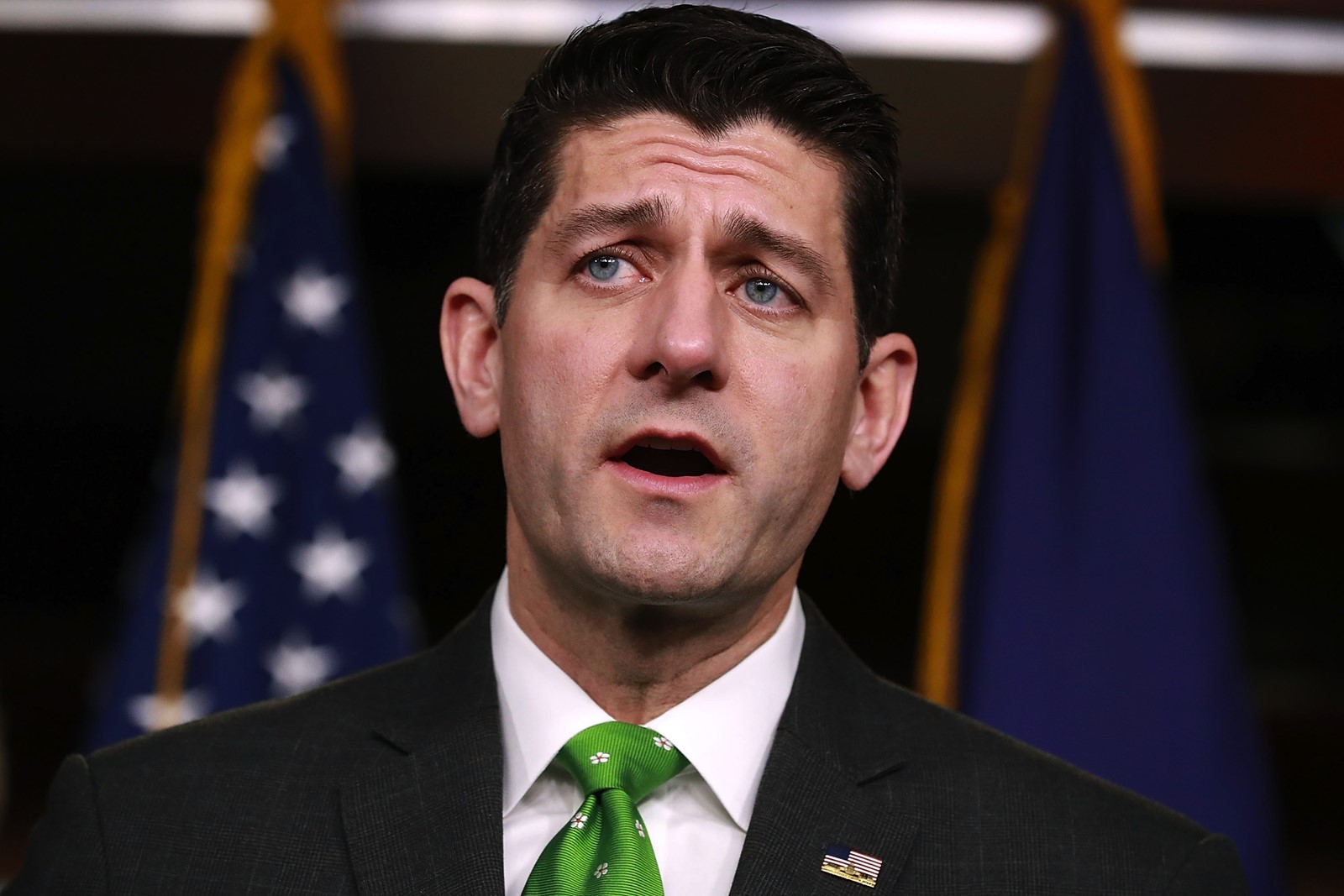 HOUSE SPEAKER Paul D. Ryan gets credit for being consistent in his desire for tax cuts, when he should be criticized for never wising up to the harms he was inflicting on the poor. (Chip Somodevilla Getty Images)
PREVIOUS IMAGE

in defense of liberty is no vice!” Barry Goldwater declared in his speech accepting the Republican Party’s nomination for president in 1964.

Today we go further: Not only is extremism not a vice, it is often regarded as the only virtue, and waffling the only sin.

If you stick to your beliefs, the logic seems to go, you’re admirable, regardless of the substance of those beliefs. If you flip-flop or compromise or simply change your mind, you deserve criticism.

Much of the commentary about House Speaker Paul D. Ryan (R-Wis.) over the years, and especially since his announcement that this would be his last term in the House, has demonstrated this acclaim for “principle” devoid of context. Ryan has long been lauded by pundits for his supposed wonkish commitment to policy detail, but he’s also been celebrated as a straight shooter — openly committed to conservative principles even when those principles are unpopular.

As the NBC political reporter Jonathan Allen recently commented on Twitter: “I’ve read a lot of snarky stuff about Paul Ryan. But he ran honestly, beating the drum of his belief in tax cuts and a complete reimagination of the social safety net as something much smaller. He didn’t hide. He put his ideas on paper and articulated them. There’s honor in that.”

Allen’s tweet was roundly mocked, mostly on grounds that Ryan is often less than honest about his positions. Ryan has branded himself as a deficit hawk, for example, even though his entire political record shows that he doesn’t actually care about deficits as long as he gets to cut taxes. But even if Ryan perfectly honest about his intentions to squash the poor to the benefit of the rich, that shouldn’t draw praise.

Think about it: If you were walking down the street and someone suddenly started punching you in the nose, you wouldn’t think better of the person if he said: “My sincere belief in nose-punching compels me to whack you in the face again and again.”

My grandparents were excluded from some organizations because of their religion. I wouldn’t think better of the people who excluded them had those people declared: “We think Jewish people are inferior and disgusting and we don’t want to associate with them.”

Yet we consistently give people credit for consistency even when they are defending the worst possible ideas.

Robert E. Lee is often referred to as a “man of honor,” as if risking his life to defend slavery was admirable. The entire Confederacy is frequently cast as a stirring fight to preserve a “way of life” by people who carefully minimize what that “way of life” actually entailed.

Charles Murray, the conservative intellectual who used poor science to argue that black people are less intelligent than white people in his 1994 treatise “The Bell Curve,” is often praised as a brave truth teller — because sticking to racist ideas in the face of criticism is commendable, apparently.

If people subscribe to bad ideas, it’s better that they change their minds, not double down. Barack Obama said he opposed gay marriage in 2008, claiming at various points that supporting it was a poor strategy, or that it was against his religious beliefs. But by 2012, he had changed his mind, declaring his support for marriage equality. Of course, it would have been best if he had supported LGBTQ rights forcefully early on, but supporting them eventually was better than not supporting them at all.

Conservatives aren’t principled for embracing bigotry consistently. They’re less principled. Politics isn’t a baseball game, where you congratulate the other side for trying hard and playing well. Speaker Ryan has devoted his political career to trying to steal from the poor to give the rich tax cuts. That’s an immoral goal, regardless of how sincerely Ryan is committed to it.