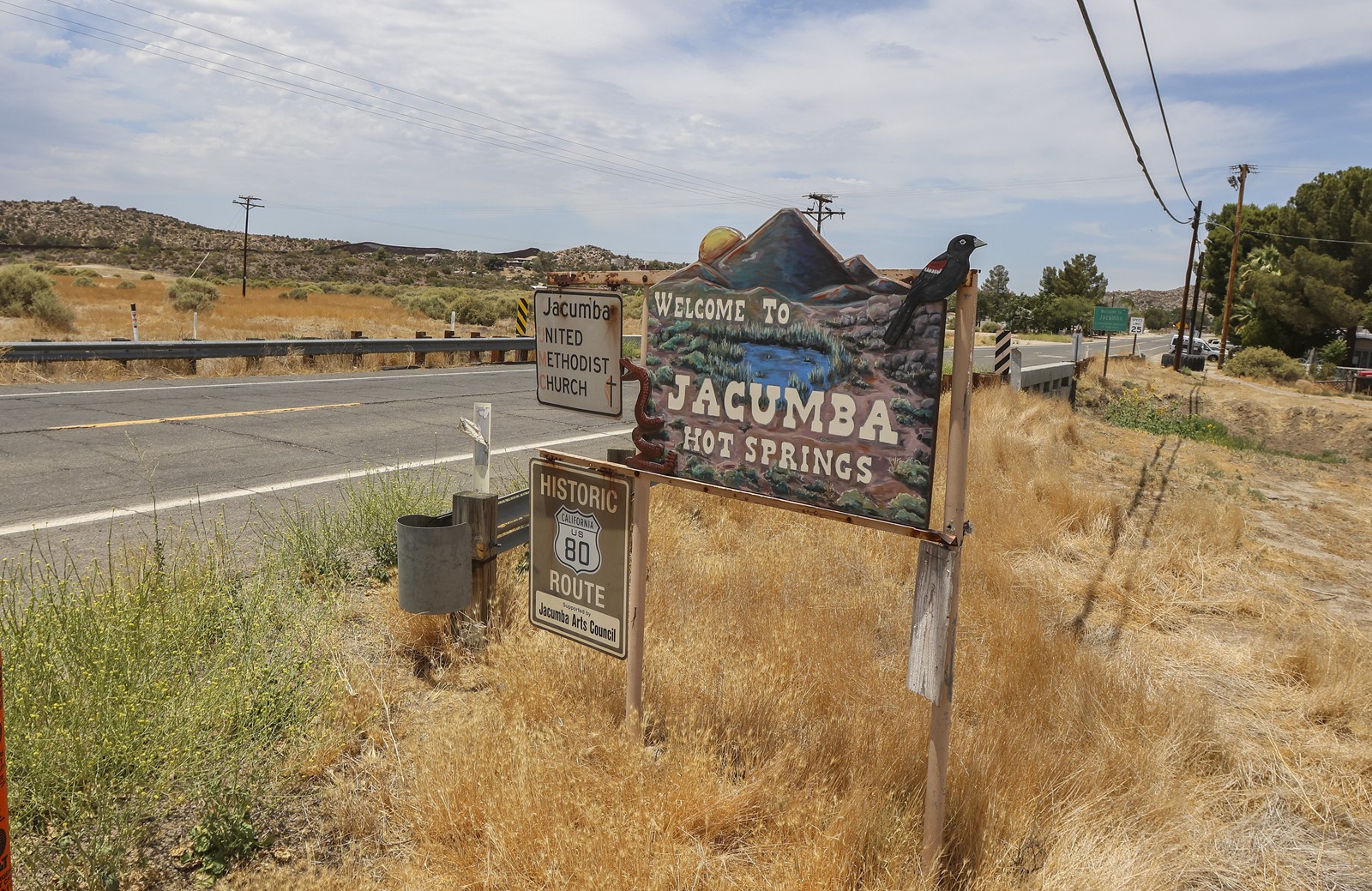 Opponents of a 600-acre solar and battery storage facility to be built in the eastern San Diego County desert town of Jacumba Hot Springs have filed suit to stop the project.

A group of residents that includes business owners filed the 45-page suit in San Diego County Superior Court against the county Board of Supervisors and the JVR Energy Park, which will be developed by BayWa r.e., an international renewable energy company. The board approved the project in a 5-0 vote last month.

The suit alleges that supervisors violated the California Environmental Quality Act and the county’s planning and zoning laws when they approved the project. It also claims the footprint of the JVR Energy Park is unnecessarily large, will dwarf the town of fewer than 600, cause environmental damage to wildlife and turn Jacumba “into an ugly, foreboding, industrial eyesore.”

A spokesman for BayWa r.e. said the company does not comment on pending litigation. A request for comment from the Board of Supervisors went unanswered.

The project’s opponents hired the Berkeley law firm of Stephan C. Volker, the lead counsel for a pair of nonprofits that fought to block the Keystone XL pipeline project.

“This project would never be proposed in a wealthier community,” said Jeffrey Osborne, one of the lead plaintiffs and the owner of the Jacumba Hot Springs Resort. “We’ve been completely plowed over, and most of the time all we have been asking for as a community is just some consideration, some input on turning our town into an industrial park that’s six times the size of the town itself.”

The JVR Energy Park will be on a 1,356-acre site east of Jacumba’s city limits. The solar panels and battery storage will take up about 600 acres of relatively flat land that BayWa r.e. officials say is an exceptional location for a renewable energy project.

About 291,000 photovoltaic modules are expected to generate around 90 megawatts and 283,000 megawatt-hours of energy — enough for about 60,000 homes. The site will also include a 70-megawatt storage facility powered by lithium-ion batteries, an on-site substation and a switchyard.

Supporters say the project represents a crucial piece in the move toward renewable energy that will help California and San Diego County meet their carbon reduction targets. About 350 union workers will be hired to build the project.

Even before the facility was approved by the supervisors in August, BayWa r.e. had signed a 20-year power purchase agreement to have San Diego Community Power — the community choice energy program launched this year that serves five cities in the region — take all of the megawatts of solar and battery storage the project will deliver.

“Our planet is on fire and we cannot continue to delay action to tackle climate change, to invest in solar, to pave the way in our region to 100% renewable [energy] and to do it with good, local union jobs,” Board of Supervisors Chairman Nathan Fletcher said at the time of the vote.

But many in Jacumba Hot Springs — which has a median household income of $37,000 — say that although they support renewable energy, they think the project is too large and want to see its footprint reduced by about half. The solar panels will cover the north and south sides of Old Highway 80, which runs through town.

BayWa r.e. officials have said significantly reducing the project’s size will make it uneconomical. But the lawsuit claims the county “was hoodwinked into approving development of a much larger acreage than was actually needed to produce the target generation” of 90 megawatts of solar production.

The suit argues the county violated its general plan and zoning rules when it considered the 35-year permit for the project to be temporary, rather than permanent, and relied on a flawed final environmental impact report.

Other complaints in the filing include:

The energy park will discourage visitors at a time when Jacumba businesses are trying to revive the town’s reputation as a tourism destination.

The array may lead migratory birds to mistakenly think the panels are a lake, resulting in their injury or death.

The project is on three sides of the Jacumba Airport runway, which may interfere with gliders, and the battery or solar equipment could ignite a wildfire.

Residents argue they have contributed enough to energy generation since the town is already home to a 58-acre San Diego Gas & Electric substation and another solar project — a 20-megawatt plant with nearly 80,000 panels on 108 acres that opened in 2017 and supplies electricity for Southern California Edison.

BayWa r.e. pledged to spend $4 million on community benefits — up from an earlier commitment of $1.6 million — and increase the energy park’s buffer zones from 300 feet to at least 400 feet and possibly 1,000 feet.

The company looks to have construction permits in hand by the end of this year, start clearing ground by the beginning of 2022 and have the facility up and running by the first quarter of 2023.

BayWa r.e. is based in Munich, Germany, with U.S. headquarters for utility-scale solar and storage projects in Irvine. The “r.e.” at the end of its name stands for “renewable energy.”