Is Cheney the GOP’s once and future leader?

She stands to win by losing, if Republicans regret their torrid affair with extremism. 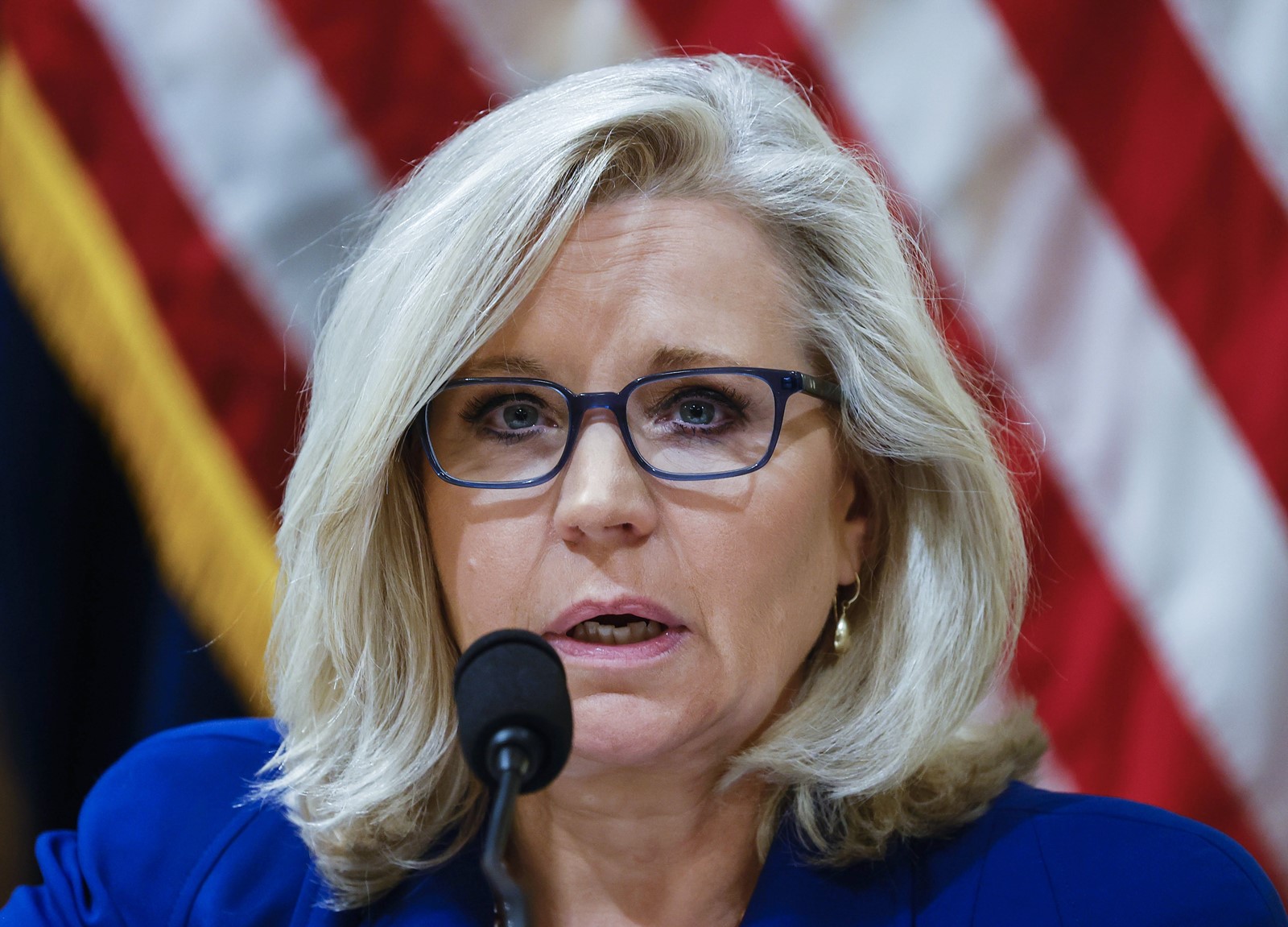 there were more important things for a politician to do than win reelection?

This is Liz Cheney’s perverse bet.

Cheney, the Republican Rep-for-Now in Wyoming, is almost guaranteed to lose her primary race Tuesday. But she seems to be strategizing about her own career the same canny way she’s been leading the Jan. 6 hearings and with the same long-term goal: to rescue her party from its MAGA kidnappers.

Though Cheney — the hawkish, pro-life, anti-immigration Republican stalwart — voted with Donald Trump 93% of the time, and won nearly 70% of the vote for her seat just two years ago, she is down double digits in the polls to Trump-endorsed candidate Harriet Hageman.

This month Hageman sealed her status as Trump’s pet on the Wyoming plains when she went full “Big Lie.” Cheney had been pressuring her to show her true colors, and finally Hageman bellowed the MAGA anthem from the rooftops.

“Absolutely the election was rigged,” Hageman said at a political forum in Casper, Wyo., on Aug. 3. “It was rigged to make sure that President Trump could not get reelected. What happened in 2020 was a travesty.”

By contrast, of course, Cheney broke hard with Trump when she voted to impeach him for inciting the Jan. 6 insurrection. Trump’s fear of Cheney turned to spluttering rage as she became the face of the highly damning congressional investigation into the Capitol riot.

With his usual gallantry, Trump recently called her a “despicable human being.”

So, yes, Cheney’s on track to lose, but she doesn’t seem thrown. Instead of kissing up to Trump supporters in Wyoming, she has been steadily running what New Yorker writer Benjamin Wallace-Wells calls a “kamikaze campaign.”

One campaign pitch: “Will you stand with me and fight against and ?” Italics hers.

With this challenge, Cheney is orchestrating a playground pick. Her message is that Republicans of conscience stand with her, while MAGA liars stand with Hageman.

But if Hageman takes Che- ney’s seat, and Cheney is the good Republican, how does that help the party?

During the Jan. 6 hearings, Cheney has smoked out MAGA extremists by making sure the public knows which Republicans stand for democracy. They are the ones who testify and smack down the Big Lie.

There’s not enough space here to include all the GOP heavyweights who testified. Trump can brand every single one of them a secret socialist, but, really, thesestaunch Republicans are the RINOs?

By pushing people to announce which side they’re on, Cheney has opened up a schism between MAGA and the GOP that people such as Senate Minority Leader Mitch McConnell (R-Ky.) have been at pains to paper over.

That’s also what she’s up to in her primary battle. She has framed Hageman as a wing nut who not only accepts the Big Lie but also believes “what happened on January 6th was justified.” Hageman has not pushed back.

Cheney has boxed her in, and she’s clinging to Trump for dear life. Indeed, Hageman’s Trump-ery might get her elected. But Trump’s favor for his sycophants never lasts long.

And Cheney is betting on something still riskier, that the Grand Old Party will live to regret its torrid affair with MAGA, the anti-democracy extremists.

The day that regret takes hold, Cheney may return from her hiatus. If people like Barr, Cheney and her Republican grandee father are as shrewd as they seem, they’re already shoring up the assets of the legacy party — infrastructure, institutional power, money and traditional GOP voters who can be reactivated when the scent of MAGA has been Febrezed.

In 2018 Republican David Frum wrote persuasively: “Maybe you do not care much about the future of the Republican Party. You should. Conservatives will always be with us. If conservatives become convinced that they cannot win democratically, they will not abandon conservatism. They will reject democracy.”

Indeed the MAGA wing has decisively rejected democracy. As the media critic Jay Rosen has said, there are three political entities now: “The Democratic Party, the Republican Party, and the movement against American democracy.”

It’s only that anti-democratic movement that Liz Cheney aims to abolish. Although she seems to have made common cause with Democrats in her crusade against Trump, she’s really building a better machine to defeat Democrats.

This is not bad news. For those who see Trump as different in kind from the Republican Party, and not just different in degree, a rehabbed Trump-free GOP with at least a shot at fairly winning elections represents a boon.

The nation as a whole fares far better when the Democratic Party doesn’t compete with cheaters, insurrectionists and career criminals. Democrats and progressives need worthy opponents with something of value to offer voters.

Deep-cleaning the mold and asbestos and gut-renovating the GOP aren’t going to be easy for Cheney and other institutionalists. They may be sidelined from power for many cycles, especially in MAGA states such as Wyoming. But if anyone can hang in there for a long, arduous and potentially futile fight, it’s a Cheney.