SAG-AFTRA seeks to end such encounters in an effort to combat sexual harassment. 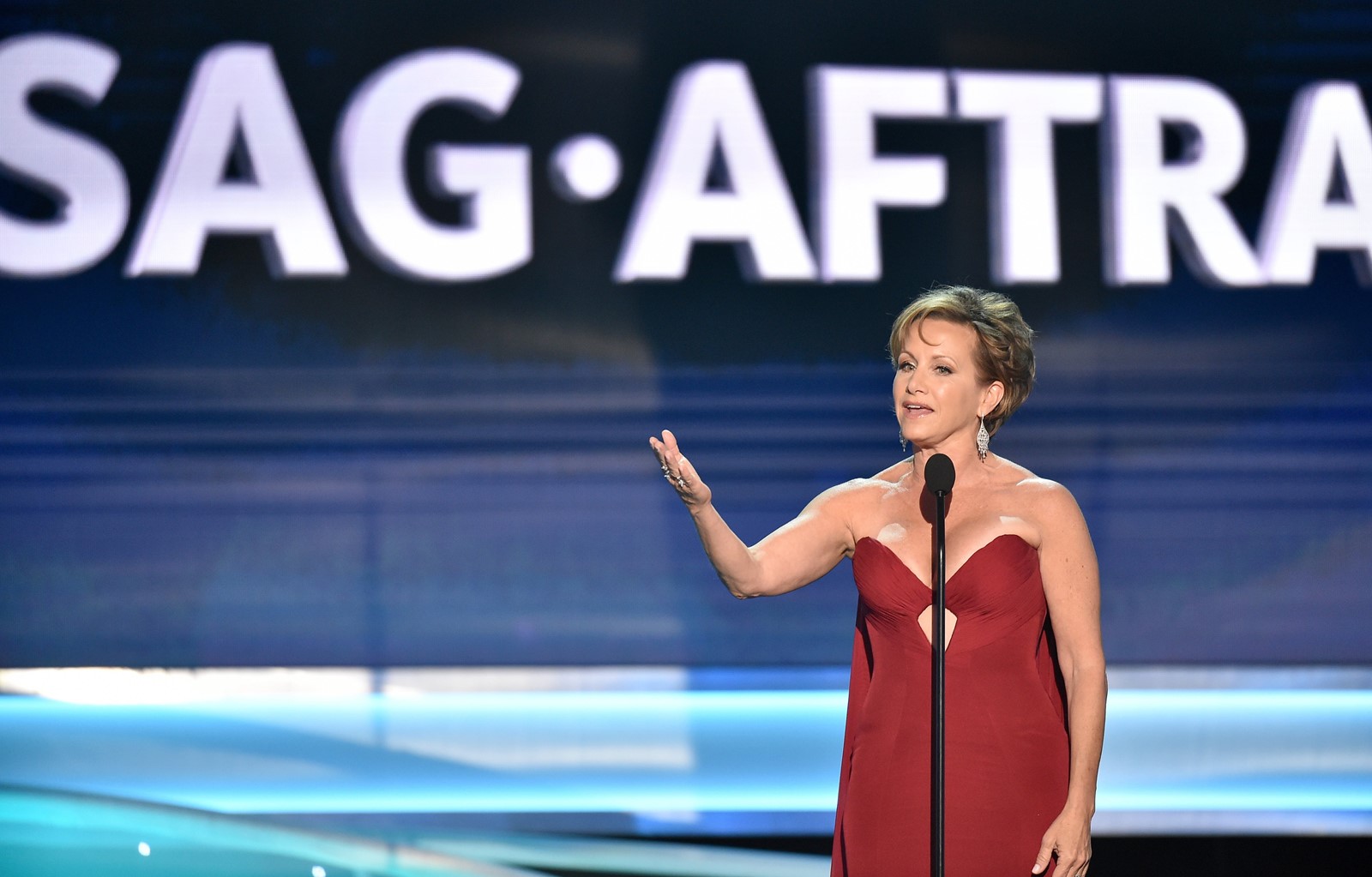 GABRIELLE CARTERIS of SAG-AFTRA: “We are committed to addressing the scenario that has allowed predators to exploit performers behind closed doors under the guise of a professional meeting.” The union represents about 160,000 performers and other professionals. (Vince Bucci Associated Press)
PREVIOUS IMAGE

Meetings in private hotel rooms between producers and actors looking to land a part in a movie or TV show are an age-old Hollywood custom. But now the industry’s largest labor union wants to end the practice in a bid to combat sexual harassment.

If no agreement can be reached regarding a meeting location, the guidelines establish the concept of a “support peer,” who would accompany the performer during the meeting.

The guild said that the new rules are equally applicable to SAG-AFTRA members when acting in the capacity of a producer or decision maker, with influence or control over decisions that can affect another’s career.

The new guidelines are a response to the spate of sexual harassment and assault scandals that have consumed Hollywood in recent months, beginning with numerous accusations made against Harvey Weinstein. Many of the alleged incidents took place in hotel rooms, where an actress was alone with a producer or director to discuss professional matters.

“For us, this is almost a common-sense rule,” SAG-AFTRA national Executive Director David White said in an interview.

“We understand that there are unique circumstances where a professional has to use his room,” White added. “But in no circumstances should a performer have to be alone in a personal, private setting for a professional meeting. We think we have issued something responsible but also accommodating.”

White added that the practice of private hotel-room meetings with actors is still taking place even after all the news about the harassment scandals.

SAG-AFTRA, which represents approximately 160,000 performers, broadcast journalists and other professionals, faced criticism in the immediate wake of the Weinstein scandal for not taking a more proactive stance in addressing sexual misconduct in Hollywood and protecting its members.

Since then, the guild has held a series of public meetings and forums with its members and industry leaders to address the issue.

“We are committed to addressing the scenario that has allowed predators to exploit performers behind closed doors under the guise of a professional meeting,” SAG-AFTRA President Gabrielle Carteris said in Thursday’s announcement.

The new guidelines are part of SAG-AFTRA’s so-called Four Pillars of Change that the guild announced in February in response to the harassment scandals.

The initiative is intended to find solutions and actions to help members confront harassment while ensuring a safe and equitable workplace.

Future guidelines under consideration by the guild will address intimate scenes on movie and TV sets, including instances in which performers are required to be nude.