Pleasures of the page 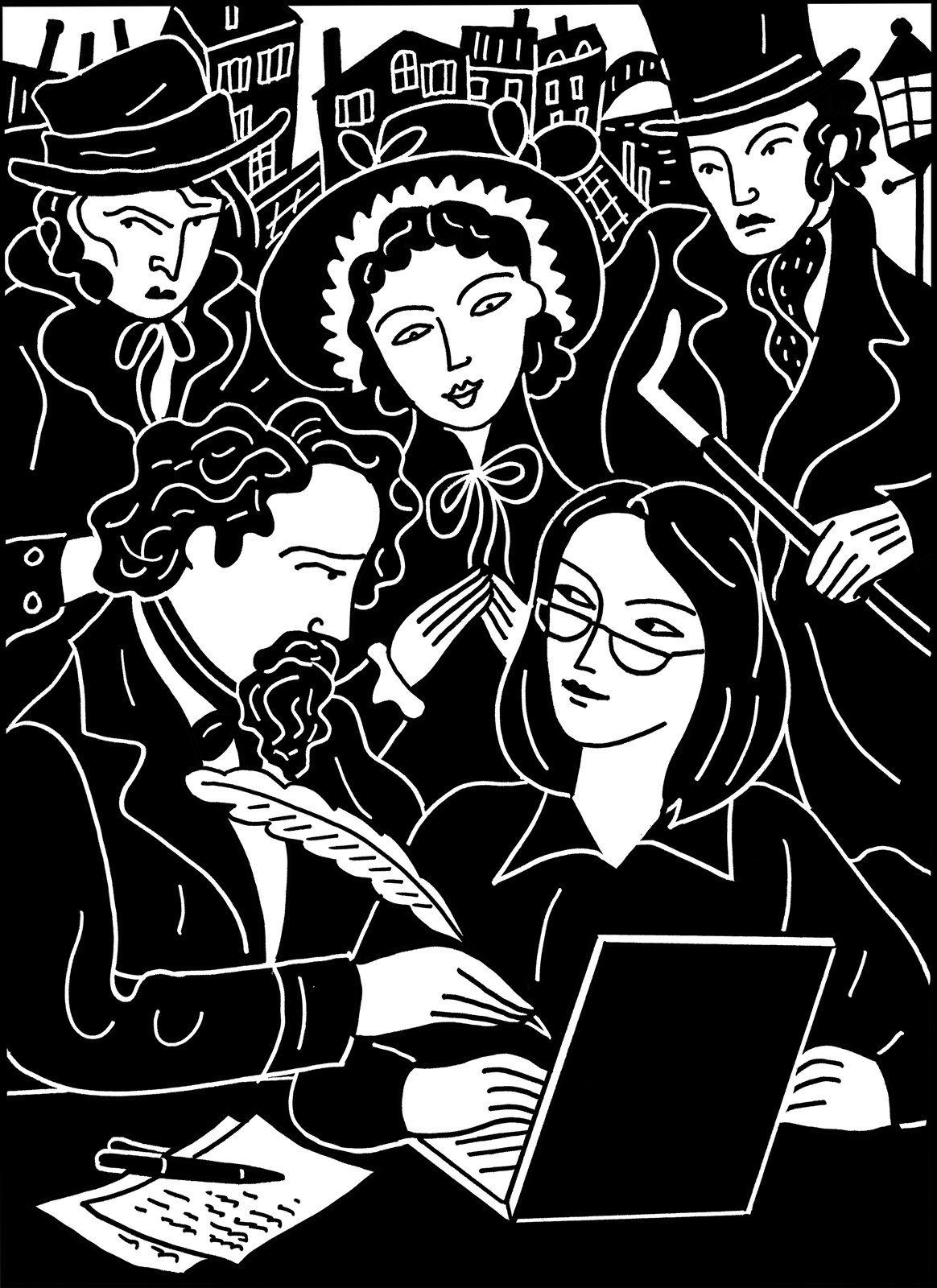 Illustrations by Anthony Russo For The Times
PREVIOUS IMAGE

experience listening to audiobooks was with my children, early in the Harry Potter era, when the books were just being published. I had taken the kids on a skiing adventure in upstate New York, where I discovered they were committed non-skiers. Instead, they swam in the little motel’s pool, and we listened to the discs of “The Prisoner of Azkaban” every chance we got. We’d rush to the car to go bowling, and then linger to listen. We’d hurry to the car to get a meal, then linger again, reluctant to step out of the story.

Jim Dale, the actor who read the books, made my life with kids in the car magical and exciting rather than what it usually was: another locus for yelling, whining and irritation. Sometimes, after parking at home, we’d take the discs with us and sit stony-eyed on the couch in the apartment, continuing to listen, even though all of us had already read for ourselves whichever book Dale was reading us.

Now, decades later, I live in Los Angeles and have a grueling commute to work that can involve hours of inching along the 405. It is bearable for one reason: audiobooks. I’ve come to see time in the car, or walking the dog, or cooking a meal as opportunities to read, though it is a different kind of reading, one that is overlaid on the passing terrain.

Audiobooks blend your actual experience in life — that is, wherever you are while listening, whatever is happening to you there — with the book itself, so that you have specific book memories in specific places that are not always a chair or your desk or your bed.

Two years ago, I decided to listen to David Foster Wallace’s “Infinite Jest,” a book I had tried to read many times, only to collapse in front of all that tennis, and footnotes, and what the heck is happening. Then the actor Sean Pratt stepped up to read the audio version, which made all the difference.

I can still remember where my dog Monk and I were (Larchmont Boulevard, Monk inspecting a corner of the Trina Turk boutique) when Hal made his obsessive plans for buying marijuana in the book. Every time I drive down Melrose near Paramount now, I think of Poor Tony Krause, who shot up while wearing a feather boa and heels as Monk and I were walking there.

“Infinite Jest” is just one of the books I’ve listened to that was far superior in audible form. Some books are just too long, too heavy to carry, too daunting a chore to actually read. I’ve listened to three others in the fabled “ginormous classic” category, all by (of course) Dickens. As books, they would collectively weigh (approximately) six tons, but as audiobooks, they’re as light as air.

Here are two things that happened to me because of audiobooks. One: I had to stop in my tracks.

Rereading “Anna Karenina,” this time on audio, I got to the legendary pages about Vronsky’s horse race. The section is famous for its breath-stopping suspense, which I remembered from reading the book many years earlier. I recalled that, like so many things in “Anna Karenina,” it did not turn out well. So I’m walking along, and Vronsky’s flying over fences with his beloved, coddled mare, Frou-Frou, and his rival Makhotin is neck and neck astride Gladiator when … I have to turn the book off. It’s too stressful and exciting.

I want both to stop it and to prolong it. I stand there in the sun, next to a well-tended garden of ferns and azaleas, the sprinklers going on a lawn, Monk sitting watchfully, and just wait until I can bear the suspense again. And then I turn it back on, and the action unfolds as I knew it would. Listening makes it almost too intense to bear. Listening makes it more real, I think.

Two: I almost died in the car heading south on the 405. Dermot Crowley was reading the sucking stones section of Samuel Beckett’s “Molloy,” another book I had previously found — let’s say — somewhat off-putting, but wanted to read. So the hero, if you can call him that, which you can’t, is walking and trying to do a complicated math problem involving moving 16 “sucking” stones that he has in the pockets of his greatcoat and trousers in an orderly rotation. In written form, this section is many, many pages long and unparagraphed. Here’s a very brief excerpt:

As Crowley narrates this math morass, the obsessive compulsion of the character somehow becomes comedy, the mathematics lyrical, and by the time Crowley and I are halfway through the segment, I am laughing so hard (yes, alone in the car) that I miss my exit and nearly crash trying not to. I then decide that it would be safer to sit on the shoulder just beyond Jamboree, and listen until the section is finished. “Killed by ‘Molloy’,” the headline would have read. I sit there laughing.

Any book that almost kills me, I hold dear. It’s what books are supposed to do. Audiobooks slip readers right into the real life of the fictional world. They bring back to the long narrative that amazing emotional storytelling power that was lost when we forgot that even masterpieces can be read out loud.