This call to open O.C. schools gets an F 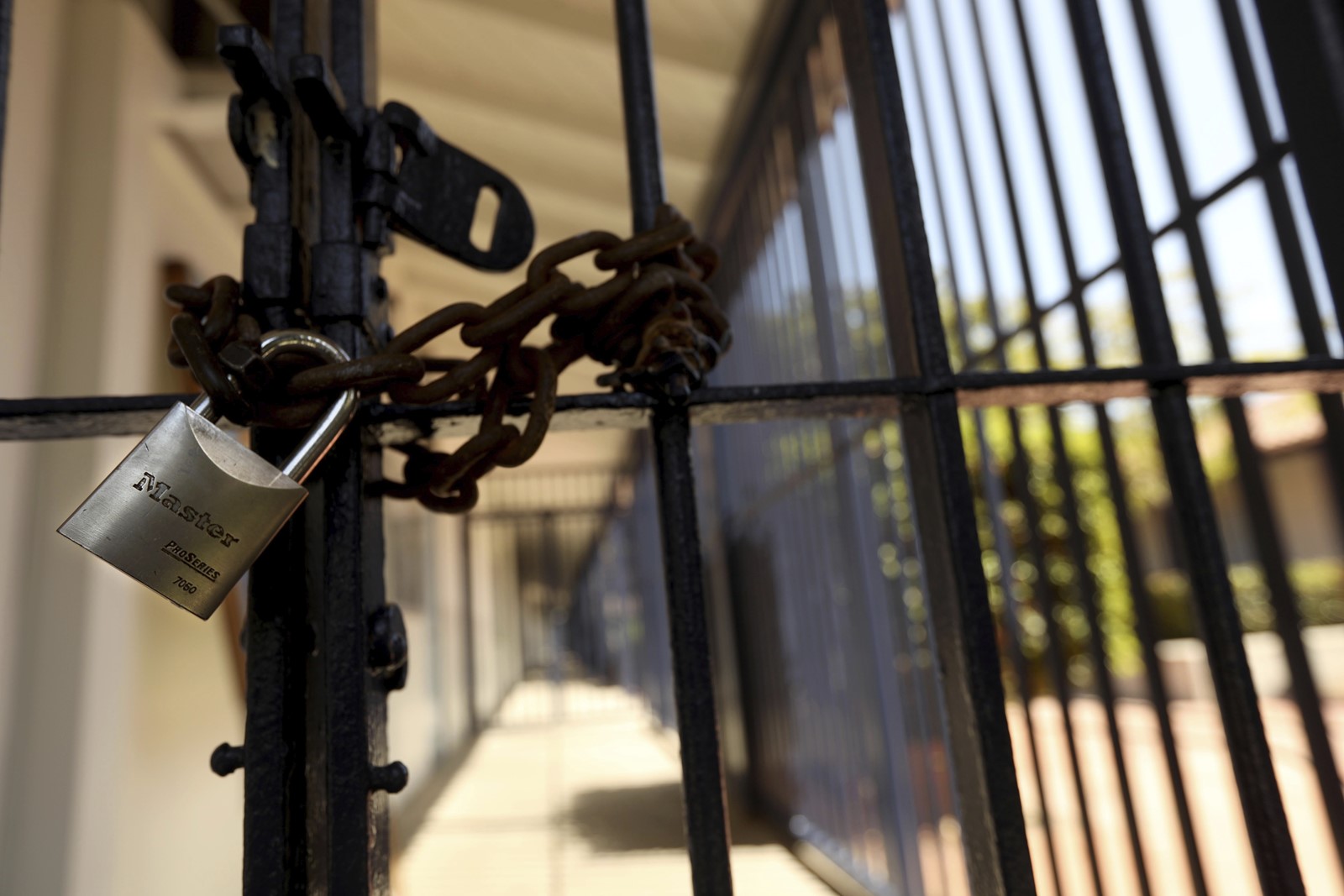 The great American sickness that has made the coronavirus crisis here much worse than it should have been is the sickness of partisanship, which has infected everything from wearing masks to reopening schools.

Into this fray leapt the Board of Education of Orange County, which on Monday voted to advise schools to reopen without requiring that children wear masks or participate in social distancing. The board minimized the risk of the disease for children and dismissed fears that they could infect adults in their households.

They also run counter to decisions by the Los Angeles and San Diego unified school districts, which will start the school year with online-only classes.

The Orange County board’s white paper states that in K-12 classes, “social distancing of children and reduced census classrooms is not necessary and therefore not recommended.” It says that “children play a very minor role in the spread of COVID-19 and that “requiring children to wear face coverings may even be very harmful to the child.”

These conclusions are supported by some research, but it’s by no means definitive, especially given the early state of research into the virus and the multiplicity of classroom situations.

The lone dissenter on the board, Beckie Gomez, criticized the white paper for making blunt assertions without citing specific research.

“As an educator, when you say something you should be able to back it up,” she said. “And there are many places we don’t back it up.”

The white paper also made much of the difficulty of keeping children wearing cloth masks.

It’s tempting to view the county board’s action as a recrudescence of Orange County’s historic conservative past, which seemed to have been overcome by a wave that swept Democrats into all six of the county’s congressional seats in 2018. Indeed, the actual drafters of the white paper hail distinctly from conservative or libertarian politics.

“What we’re seeing now is that a true medical crisis has been hijacked by politicians up in Sacramento to make things difficult for the economy,” Ken Williams, the county board president, told me.

When I asked why the state government would wish to harm the state economy, he replied: “They want to hurt the economy to beat Trump. That’s what it’s all about.”

As my colleagues Hannah Fry and Sara Cardine observehotbed of resistance, the county has been a to public mask-wearing. The county’s former chief health officer, Nichole Quick, was hounded out of her job after she imposed a mandatory mask order in May. Orange County is one of the 29 that have been ordered by Gov. Newsom to severely ratchet back their reopenings because of a spike in COVID-19 cases and deaths.

The board’s vote is both worse than it seems and not as bad. To take the second point first, the board has no authority whatsoever to direct local schools to reopen, or stay closed. It’s essentially an appeals body with jurisdiction over expulsions, suspensions and interdistrict transfers, with some other nebulous oversight of the county education department’s budget and programs.

“The ultimate authority determining who’s going to open schools and under what conditions is the individual school district trustees,” says Williams.

In other words, anything you may have read suggesting that the “county” had ordered maskless school reopenings is a vast overstatement. Indeed, the Irvine Unified School District has already told the board, essentially, to jump in the lake.

“IUSD is governed by the O.C. Board of Education and our district will not follow their nonbinding recommendations,” it said.

What about the aspect of this action that’s worse than it seems?

The material the board published prior to its vote Monday implied that its “white paper” was the product of deliberations by 11 “expert panelists.”

It was nothing of the kind. The “panel” came together exactly once — for a public meeting June 24 at which each one gave a statement of a few minutes setting forth his or her views on school reopenings, then gave a closing statement following public comment. They didn’t deliberate together. The four I reached on Tuesday hadn’t even seen the white paper.

The moderator of the July 24 meeting and also the drafter of the white paper was Will Swaim, president of the California Policy Center.

How some of these members got onto the board is a bit of a mystery, but a few clues exist. Of the six medical doctors on the panel, five — all except Chau — appear among the more than 500 doctors who signed a May 19 letter to President Trump urging him to reopen the American economy because of the “exponentially growing negative health consequences of the national shutdown.”

Another signatory is physician Jeff Barke, the husband of the county board’s vice president, Mari Barke.

Simone Gold, a panel member and emergency physician who was the lead signatory of the physicians’ letter, has described advice to wear masks as “a con of massive proportion.” She says the media have “an agenda ... to make you think that there’s no actual facts out there that you can discern for yourself.... That’s a really good way to let people live in fear.”

The California Policy Center affiliates with right-wing organizations such as the State Policy Network and through the SPN the American Legislative Exchange Council, which has received funding from the Koch brothers network. The California group has militated against public employee unions, including teacher unions, and celebrated the Supreme Court’s 2018 Janus decision, which undermined the finances of public unions.

Mari Barke disputed that the “expert panel” had been politically stacked. She said the presence of five signatories of the May 19 letter to the president among the board panel’s six physicians was “random.... It certainly wasn’t our recruiting basis.”

Barke said the board launched the white paper process because some of its members felt excluded from the county education department’s effort to develop its reopening guidelines.

Bristling at the suggestion that the board’s panel was politically slanted, she challenged me to examine the original committee assembled by County Supt. Al Mijares to draft the departmental guidelines.

So here goes: It comprised 28 school superintendents, 13 representatives of local school boards, eight county health and social services officials and seven officials of the Department of Education, including Quick and Chau. That’s a pretty broad spectrum of direct expertise with public education and public health. By comparison, the board’s panel had a single (former) public school official.

None of this means that the members of the county’s expert panel were insincere in expressing concern for the mental and physical health of children forced to stay home from school.

“My position has been consistent from the very beginning of the pandemic, which is that the biggest single mistake in the government response was the closure of the school system,” says Mark McDonald, a panelist who is a specialist in child psychiatry. “My rationale is that there is significant known harm, emotional and physical, to children who are kept at home and away from school for long periods.” The consequences include poor nutrition, emotional disorders and vulnerability to abuse.

“Children under 5 have poor hygiene, but they’re a very minor part of this epidemic and they don’t seem to spread it to adults,” said Michael Fitzgibbons, a panel member and an infectious disease specialist on the staff of St. Joseph Hospital in Orange. He acknowledged, however, that adolescents have an “adult pattern of spread” to adults and other adolescents. “For them, masking seems to be more reasonable.” (The “white paper” didn’t distinguish between children and adolescents.)

Those viewpoints would have been made more effective if the Orange County board had sponsored a nonpolitical roundtable in which professional positions could be set forth, weighed against the best evidence at hand, and presented to the public as a measured program with all the options set forth objectively.

That wasn’t the board’s method. “They stacked the panel with people with a particular point of view and they didn’t listen to others,” says Kotkin, whose view is that policies on reopening schools need to take into account the wide range of socioeconomics among families with school-age children.

Kropp says that she was intent on talking about what was best for children in the reopening process. But when she arrived at the June 24 meeting, “it was clear to me and rather heartbreaking that the discussion had become so political. I didn’t feel like there was an open discussion at all. Twelve individuals each had an opinion.”

The Orange County Board of Education could have augmented the public’s understanding of how best to serve children in the K-12 system by allowing its experts to develop a program together. Instead it paraded them before a crowd in their individual silos, gave ideologues the task of creating a “white paper” and pretended that it was the product of serious, robust discussion. The board delivered a lesson to the public all right — a lesson in how to undermine one’s own goals.