‘Chicano’ and the fight for identity

50 years after activists reclaimed the word, a new generation wrestles with whether it’s inclusive enough. 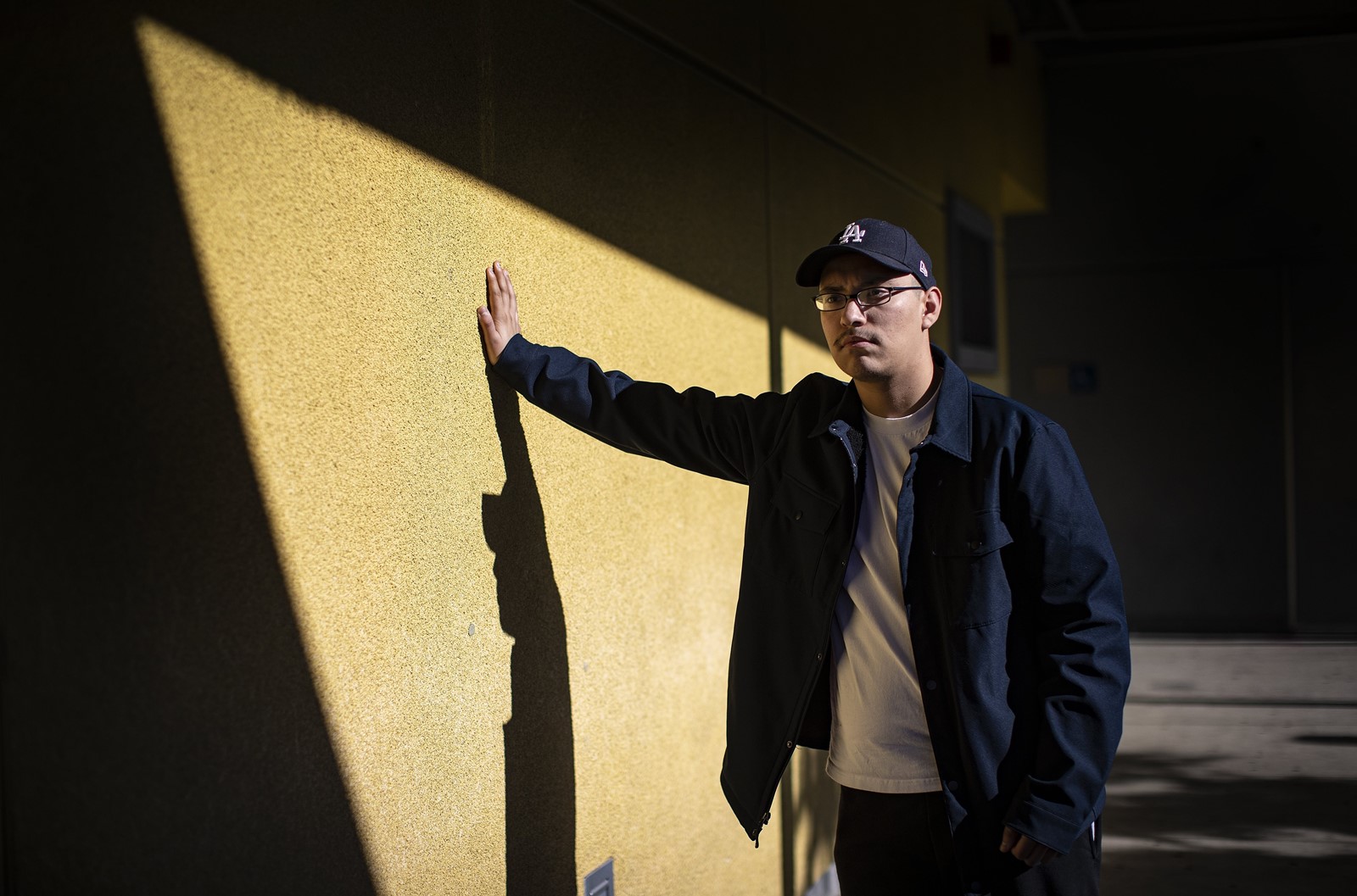 Joe Rodriguez was a teenager when he first embraced the slur. For years, Mexican Americans of low social status like him were called Chicanos.

In March 1968, the 15-year-old sophomore joined hundreds of other Garfield High School students in a protest against discrimination and unequal conditions at Los Angeles schools in what came to be known as the “Chicano blowouts.”

Soon Rodriguez, a fourth-generation Mexican American, declared, “I am Chicano.”

Today, however, many of the children and grandchildren of those who marched half a century ago find themselves in a debate over the role of words like “Chicano” in the fight for rights in the age of Trump.

The uproar began in March, when leaders of MEChA — Movimiento Estudiantil Chicano de Aztlán, founded as a national Mexican American student group after the blowouts — voted 29 to 3 to drop any trace of the word “Chicano.”

They also supported removing “Aztlán,” the name of the mythical ancestral home of the Aztecs in what is now the U.S. Southwest.

Supporters of the change said the two words were too Mexican-centric and excluded the LGBTQ population, non-Mexican Latinos, indigenous people and other groups. In a statement days later, the group used gender-neutral terms like “Mestizx” (for mestizo), reflecting just how much the student organization had evolved.

The vote inspired fierce debate on social media but, in some ways, was not surprising.

In the late 1960s, the Latino civil rights movement was fueled mostly by the American-born children of Mexican immigrants.

MEChA was at the forefront of the struggle, pushing for the establishment of Chicano and ethnic studies programs across the country.

Though people of Mexican origin still make up the majority of Latinos in the U.S., immigration from that country has slowed, according to a Pew Research Center analysis. Meanwhile, the number of immigrants from El Salvador, Guatemala and Honduras has risen.

The name change won’t take effect until MEChA representatives meet again next year to vote on an alternative.

But within days of the decision, San Diego State’s MEChA chapter separated from the national body. In a statement, UCLA’s chapter announced it also was seceding from the national organization and would keep “Chicanx” and “Aztlán” in its name.

“What happened is tantamount to me going to a Black Lives Matter organization and complaining that they’re xenophobic and racist because they don’t talk about brown lives and that they should change their name to All Lives Matter,” said Adrian Alvarez, 56, who joined MEChA while at UCLA in the 1980s. He’s now an activist with Unión del Barrio, a human rights organization in San Diego.

But Julissa Ruiz Ramirez, a student at Cal State Stanislaus, said the organization’s original name does not reflect the experiences and contributions of activists who don’t identify as “Chicano or Chicana or Chicanx.”

“We believe that it’s time, 50 years later, to come back together again to change and transform MEChA,” said the 20-year-old secretary of her school’s chapter. “Not to change what our purpose is, what our vision is, which is the true liberation of our people from oppression.”

MEChA isn’t the only Latino organization to wrestle with changing its name along with the times.

Students at Columbia University are petitioning to rename its “Raza Grad,” a ceremony honoring students of Latin American descent, to something more inclusive. In 2017, the National Council of La Raza became UnidosUS in an effort to attract millennials — after years of defending itself against critics who decried the term “la raza,” which literally translates to “the race” but more accurately means “the people.”

Over the years, many have accused MEChA, La Raza and their siblings of being anti-white and dedicated to racial separatism.

But the whole reason MEChA was created was “to make sure we don’t lose those connections” to the Mexican community, said Irene Monica Sanchez, 36, a professor at Bard College in Los Angeles who also teaches high school Chicano and Latino studies.

To Rudy Acuña, 86, a Cal State Northridge professor emeritus often called “the father of Chicano studies,” the students who voted in favor of the name change meant well — but did so out of ignorance.

“The name change … is not based on history,” he said, arguing that in its early days, MEChA didn’t shun people. “I never thought it was being exclusive to join a Chicano organization…. I never felt that I was not interacting with other groups.”

MEChA arose in a turbulent period.

In 1969, students drafted the organization’s manifesto and declared that MEChA would be the student branch of the Chicano movement, so that young Mexican Americans could be themselves, learn their history and embrace their culture.

Disillusioned by the Vietnam War and feeling stuck in a permanent ethnic underclass, second- and third-generation Mexican Americans followed the example of their radicalized white and black counterparts in groups like Students for a Democratic Society and the Black Panther Party.

In the summer of 1972, members of the Brown Berets — a group that emerged during the Chicano movement — went to Santa Catalina Island, planted a large Mexican flag on a tower and claimed the land, declaring that it had never officially been surrendered to the U.S. after the Mexican-American War.

Eventually there were hundreds of MEChA chapters in high schools, community colleges and universities. Members of the group held their own graduation ceremonies and conferences, and raised money to help one another fulfill education goals.

But Luis Gonzalez, a Cal State L.A. undergraduate student and Mechista, as members of the group are called, said every generation gets second-guessed by the ones who came before.

“When these old-school activists were our age, I feel like their parents or even their elders were denouncing their identity as being Chicano,” the 20-year-old said.

Even in its early years, MEChA was not immune from internal criticism. Some members felt the organization was not only exclusive but sexist.

Vickie Castro, a self-described “original Mechista” and leader of the East L.A. walkouts, opposes the name change but vividly remembers that women in the organization were assigned gendered tasks.

“We were always working behind the scenes,” said Castro, 73, who would become the second Latino elected to the Los Angeles Board of Education. “We were always the secretaries. If there was a party, we were the ones organizing it. We prepared the meals and wrote agendas.”

Among them was Jocelyn Ruiz, 22, UCLA’s current MEChA chair.

By seceding from the national organization, she said, the UCLA chapter will lose a vast network of support. Even so, she said, becoming more autonomous and independent will allow members to take “back the power on our campus to make sure we’re utilizing resources to the most benefit of our youth.”

To many students of Central American descent, however, the change is long overdue.

As an undergraduate student at UC San Diego, Elisabeth Villalta — a Salvadoran American who grew up in Fontana — said she never felt like the university’s MEChA chapter reflected her family’s experiences: They fled war and political turmoil and had to cross three borders to get to the U.S.

The focus of the group’s leaders on Mexican issues and culture, the 23-year-old said, “just bled into every aspect of the club, whether it’s how things were run … what kind of food they have at the event, what kind of music they played.”

The voices of others in the Latino and Central American communities were overwhelmed, Villalta said.

Alexandro José Gradilla, 49, a Cal State Fullerton associate professor of Chicana and Chicano studies, thinks MEChA’s shift in perspective is good because “organizations have to be fluid and constant.”

“They have to meet the needs of the current political period they’re in, as opposed to the period where they were founded,” he said.

Decades after he proudly embraced being called Chicano, Rodriguez, now 67, said that whatever those in the current fight for identity choose to call themselves, he hopes young Latinos don’t forget the struggles of the Chicano movement.

“I suppose we old Chicanos should share in the blame by letting this history slip,” he said.