State of the Union, under a cloud

Trump is expected to demand infrastructure and immigration fixes, brag about economy. 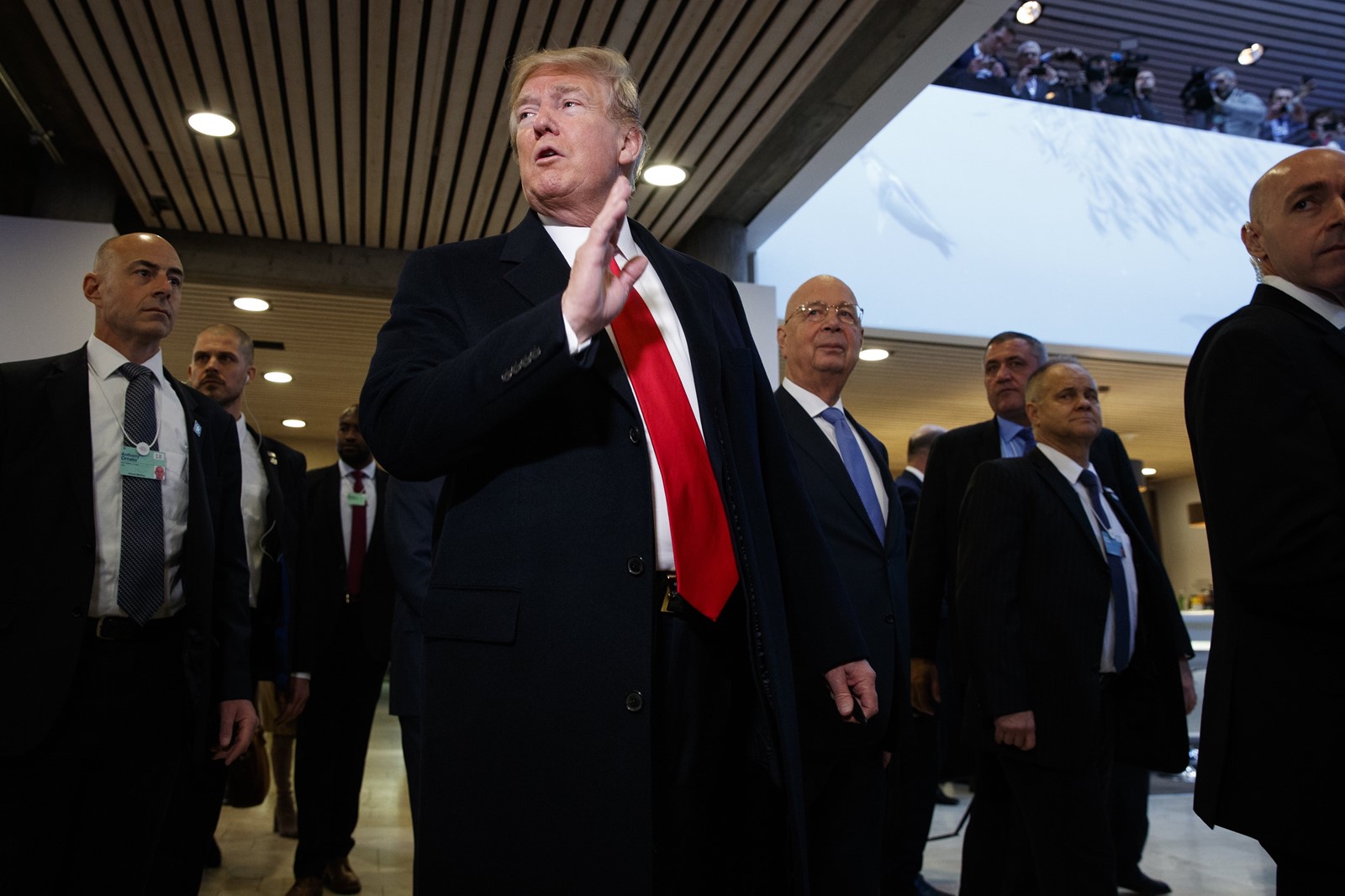 President Trump, in his first State of the Union address Tuesday night, will call for overhauling immigration and spending more on the military and infrastructure. But his vision will confront political realities and budget constraints created by Republicans’ recent tax cuts, which he’ll tout as a boon to the economy.

Trump’s 60 minutes of uninterrupted airtime comes amid reports that his staff blocked him from firing special counsel Robert S. Mueller III in June as the investigation into contacts between Trump’s campaign and Russia gathered steam.

With the midterm election approaching in November and Republican control of Congress in question, White House officials are shifting into overdrive to lay out accomplishments that include the $1.5-trillion tax bill and rolling back regulations on businesses, and to claim credit for gains in the stock market and drops in unemployment.

But the cloud of the Russia investigation continues to hang over Trump. Prosecutors have spoken to more than 20 current and former White House officials and are gathering facts about what Trump may have done to impede the investigation. In addition, Mueller may ask to interview Trump in the coming weeks, setting up a potentially historic standoff between a sitting president and special counsel.

Trump’s advisors are hoping Tuesday night’s speech gives the president an opportunity to sweep that turmoil aside for an hour on national television while he beams a litany of his accomplishments — in his own words — directly to living rooms across the country.

The central theme of the speech will be that Trump is “building a safe, strong, proud America,” said a senior administration official, who spoke on condition of anonymity to give a preview of the president’s remarks.

Trump will hit five main points, the official said: He will praise the passage of the tax bill and take credit for creating jobs and boosting the economy; call for Congress to fund a $1-trillion plan to improve roads, bridges and other infrastructure; demand lawmakers revamp the immigration system to emphasize job skills over family connections; and call for additional military spending to promote “peace through strength.”

But Republicans are growing more wary of creeping deficits under Trump’s military and infrastructure proposals, which the White House has said repeatedly would be paid for by supercharged economic growth.

On infrastructure, the White House has quietly circulated a plan that would use about half of the $1 trillion requested to fund state and local project grants and encourage private investment. Another large portion would go to rural transportation, water, power and broadband internet investments.

Trump has said he wants to protect the young immigrants known as Dreamers from deportation in exchange for $25 billion to build a border wall and increase deportations, as well as an overhaul of the immigration system that slashes the number of legal immigrants allowed in the country each year and emphasizes their job skills over their family ties.

He has tried to make the case that the current immigration system poses a security risk, even though each person given permanent residency must go through a background check and a consular interview.

Trump’s continued demand for a southern border wall and his repeated implications that new arrivals are more likely to commit terrorist attacks or other crimes threaten to drive away Senate Democrats whose support he would ultimately need to make a deal.

To emphasize his security concerns, Trump may point out family members seated in the gallery who have had loved ones killed by people who were in the country illegally or who migrated through one of the family unification channels.

The White House has invited a few people whose lives have been affected by the opioid addiction crisis to sit in the House gallery as special guests. Tackling the crisis — which has seen a surge in overdoses across the country over the last few years — has been a stated goal of Trump’s administration. But steep budget cuts to the Office of National Drug Control Policy and some anti-drug programs have led public health advocates to criticize the effectiveness of Trump’s approach.

Democrats have tapped Rep. Joseph P. Kennedy III (D-Mass.), the 37-year-old scion of the Kennedy family and a rising star in the party, to deliver the minority party’s response to Trump. Kennedy, grandson of Robert F. Kennedy, wrote Friday on Twitter that he’ll contrast Trump’s “broken promises” with his party’s agenda on healthcare, economic justice and civil rights.

Virginia state Delegate Elizabeth Guzman, 44, will deliver the Democratic response in Spanish for broadcast on Spanish-language television. Guzman is Peruvian American and in the fall defeated an eight-term Republican incumbent to take the seat.

Several female Democratic lawmakers plan to wear black Tuesday to show solidarity with the #MeToo movement and to send a message to Trump, who has been accused of sexual misconduct by several women.

Also following Trump’s speech, Jimmy Kimmel plans to host adult film star and purported Trump mistress Stormy Daniels late Tuesday night on his show, “Jimmy Kimmel Live.” The Wall Street Journal reported two weeks ago that Daniels — who was born Stephanie Clifford — received a $130,000 payment weeks before the 2016 election in exchange for not talking publicly about a sexual encounter with Trump in 2006.