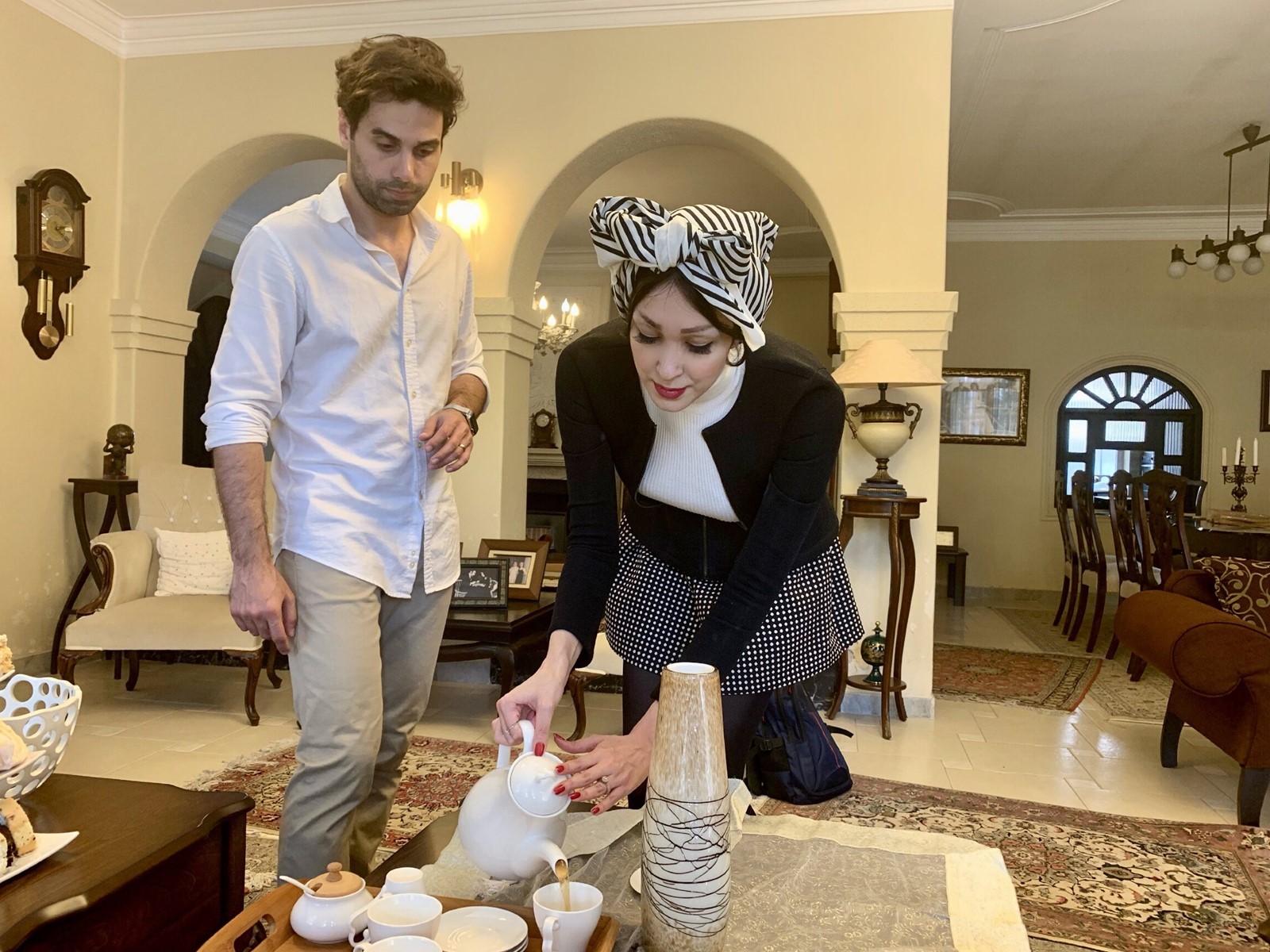 AMIN SIRATI and wife Shamim Darchini, a U.S. citizen, in Rasht, Iran. They have waited years for a visa for him. Their ordeal has affected her health, she says. (Ramin Mostaghim For The Times)
PREVIOUS IMAGE

After seven years of long-distance romance, Shamim Darchini was looking forward to finally living with the man she loved.

It was 2017, she had recently become a U.S. citizen, and she believed her husband’s visa application, which had been pending for two years, would soon be approved. The plan was for him to leave their native Iran and join her in California, where she was a college student.

Darchini knew that the Trump administration was trying to implement a travel ban that included Iran, but she was assured that close family members were exempt.

That November, the consular officer who interviewed the couple at the U.S. Embassy in Abu Dhabi, United Arab Emirates, “told us everything looks good,” Darchini said.

It wasn’t. More than a year and a half later, their application is still in “administrative processing.” That is all immigration officials will tell them.

Discussions of the travel ban tend to focus on the foreign nationals who have been denied entry to the United States. But Darchini and thousands of other U.S. citizens have also had their lives upended.

The woe of being separated from their loved ones has been amplified by the mystery surrounding the process for obtaining an exemption from the ban, leaving many in a Kafkaesque state of limbo over whether their families will ever be admitted to the United States.

The current iteration of the ban includes Iran, Libya, Somalia, Syria, Yemen, North Korea and Venezuela — countries that the U.S. government says fail to share information that would help it determine whether travelers could be involved in terrorism.

The only way in for people from those countries are waivers, which are granted to applicants who demonstrate that it is in the “national interest” of the U.S. and that without entry they or their families would suffer “undue hardship,” according to President Trump’s executive order creating the ban.

But the government does not say how it defines “national interest” or “undue hardship” or provide much information on how it decides who qualifies.

In a pair of pending lawsuits filed last year against the administration, U.S. citizens and their foreign national relatives allege that the process is highly irregular and subjective.

The say their applications for waivers have been denied en masse for reasons that have never been explained to them. Others were told their visas had been approved only to be denied later or strung along indefinitely.

“We have heard all kinds of stories about the irregularity about how the waivers are being considered,” said Esther Sung, a lawyer for plaintiffs in one of the cases.

A U.S. State Department spokesman did not respond to questions about inconsistencies in how waivers are granted.

Only recently — in response to a request from a congressman — has the State Department released statistics on the granting of visas to people from the countries subject to the ban.

The vast majority — three-quarters of the 48,656 who applied in the 11 months after the Supreme Court upheld the ban in December 2017 — were rejected. Fewer than 5% had been approved for waivers, and more than a third of those were still waiting for their visas.

A total of 21% were still waiting for answers, like Darchini.

She said the uncertainty has taken a heavy toll.

In February, she began experiencing migraines and heart palpitations — problems her doctor attributed to the stress of forced separation from her husband, Amin Sirati, a dentist who lives in the city of Rasht. She now takes an anti-anxiety medication.

Darchini, who first came to the U.S. in 2011 to study at UC Irvine, where she earned a public health degree, has long managed to visit her husband every few months.

Now she is reconsidering her plans to start pharmacy school this fall in San Diego, because the heavy demands of the program would make those trips far less frequent.

“I can’t concentrate at school and we can’t make plans for the future,” she said.

The presidential order laying out the travel ban says waivers will be decided on a case-by-case basis by consular officers or anybody else the head of U.S. Customs and Border Protection assigns to the job.

The law leaves broad room for interpretation, and the decisions can leave applicants frustrated and confused.

In late 2017, Mohamed Mohsin received the official notice he had been anticipating for two years: Visas for his wife and four children had been approved.

It was major step in his American dream, which began in 2004 when he left Yemen and became a truck driver in Detroit. Five years later, he became a U.S. citizen.

He split his time between the U.S. and Yemen, where his wife and their children lived, while he saved enough to buy a house.

But when he went to pick up the visas at the U.S. Embassy in Djibouti, they were only for the four children.

With Yemen ravaged by war, Mohsin decided to send the children — now 3, 6, 8 and 12 — to live in Detroit, each with a different relative. He and his wife, Ahlam Alsoufi, moved to Djibouti, where they have been waiting for her visa ever since.

Every few days, the parents talk to their children by phone.

“My 12-year-old girl asks me on the phone why I lied and didn’t come to the U.S. I don’t know how to respond to that,” Mohsin said.

The stated aim of the travel ban is to keep out terrorists.

The idea that his fiancee, Mehraneh Rayatidamavandi, could possibly be seen as a threat to the U.S. seemed absurd to Brian Swank, who figured she would breeze through the application process for a visa.

The couple met in 2015 at the State University of New York in Syracuse, where they were studying landscape architecture. He was from New Jersey. She was from Iran and living in the U.S. on a student visa.

“I introduced her to Halloween and she told me about Iran and Nowruz, the Persian New Year,” Swank said.

A year later, they were still dating, but her visa was about to expire. They got engaged in May 2016, just before she returned to Iran.

They applied for a K-1 fiancee visa two years ago and are still waiting for an answer.

“The whole premise of travel ban is that you can’t properly vet people,” he said. “But she’s been vetted before. She was here, got a visa, didn’t harm anybody.”

Swank, a Christian, refuses to visit Iran because of its history of persecuting religious minorities. So he and Rayatidamavandi have met in Malaysia, Georgia and other countries that allow her to visit with her Iranian passport.

Their phone conversations have grown grim. They once talked about their dreams of having a family, a dog and a house. Now they mostly discuss how they’re going to make it through the ban.