Gas price relief will be difficult 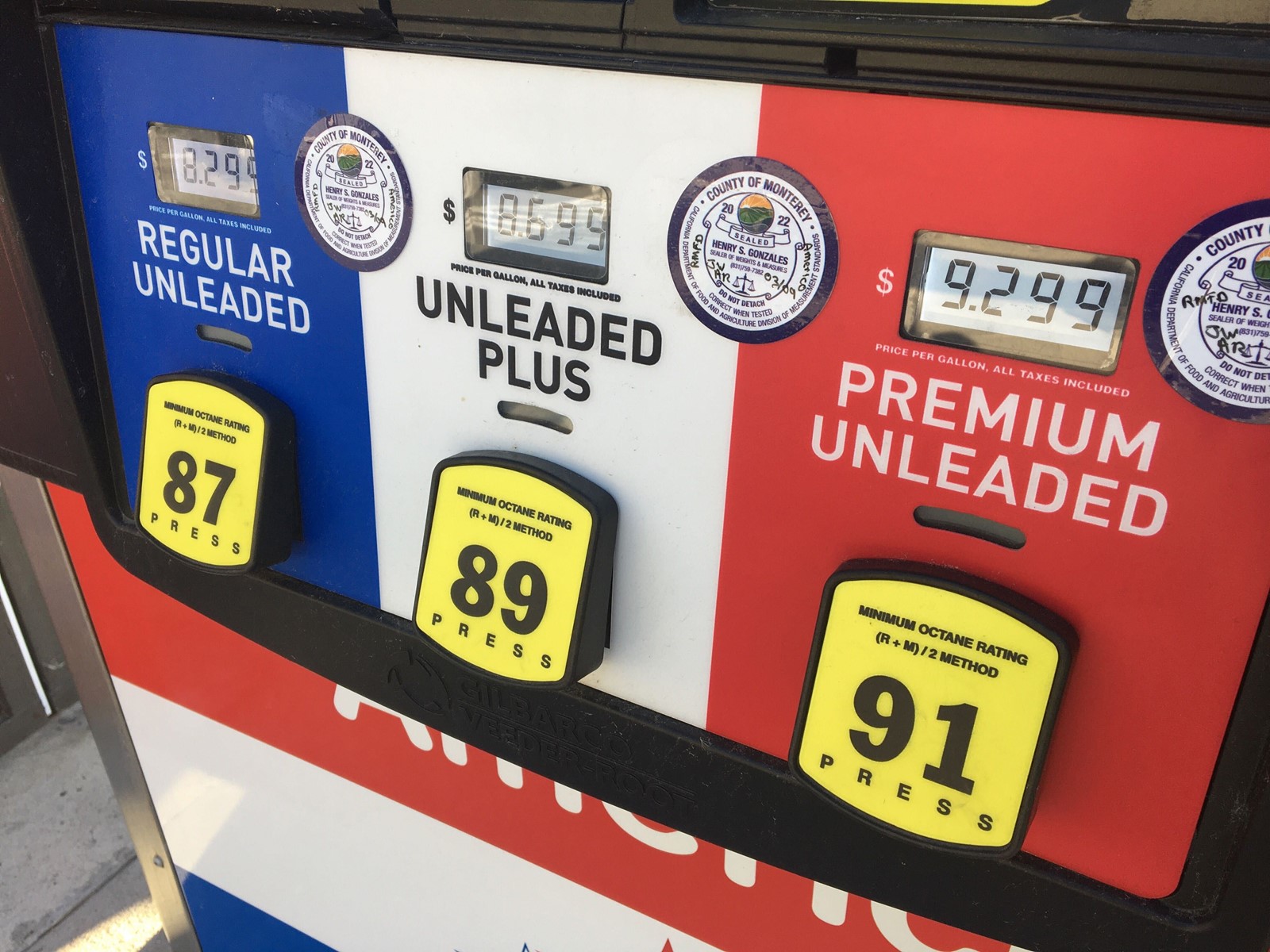 Just how Gov. Gavin Newsom plans to make good on his promise this week to put money “back in the pockets” of Californians stung by the sharp rise in gas prices remains murky, but suspending or lowering the state’s highest-in-the-nation gas tax appears less and less likely.

The hesitation to tinker with California’s steep gasoline excise tax of 51 cents per gallon — even during an election year in which voters are feeling the pinch at the pump as prices continue to skyrocket amid Russia’s invasion of Ukraine — demonstrates just how politically sensitive the issue remains in a state known for its ribbons of freeways and worship of the automobile.

Though Newsom in his January budget proposal called for canceling an increase in California’s gas tax scheduled for July, his administration is also considering alternatives that could provide direct payments to residents.

The governor’s senior communications advisor, Anthony York, said Thursday that the administration is concerned that a cut in the state gas tax might not get passed along to drivers at the pump. The governor wants to ensure that any relief goes to Californians and is “not pocketed by the oil companies,” York said.

After Newsom vowed in his State of the State speech Tuesday to work with legislative leaders to provide Californians financial relief “to address rising gas costs,” senior advisor Dee Dee Myers also told reporters the rebates were likely to be sent to residents with vehicles and could cost the state billions of dollars. Administration officials have since backtracked on that, saying it was one of several options being explored by the governor.

Assembly Speaker Anthony Rendon (D-Lakewood) and Senate President Pro Tem Toni Atkins (D-San Diego) already signaled their opposition to lowering the gas tax, even temporarily, saying it would not provide substantial assistance and could reduce funding for critical road and bridge repairs statewide. They favor general tax relief to help Californians struggling with rising costs, not only for gas but food, rent and other life essentials.

Republicans are using the high gas prices to their political advantage.

Assembly Republican Leader James Gallagher of Yuba City has joined with other GOP lawmakers in calling for suspending all state gas taxes for six months, saying the state can afford to backfill funds for critical transportation projects with a portion of a massive state budget surplus that the Newsom administration estimates to be more than $45 billion.

“You’re telling me we can’t give this relief to consumers. One of the biggest things that they’re facing right now is the high cost of living, including gas, utility bills that are getting higher, rents, the cost of housing,” Gallagher said after hearing Newsom’s speech in Sacramento on Tuesday. “Something’s wrong. We’re not doing the things that we need to do to ensure that people’s costs are lowered.”

Gallagher said it would provide instant relief to Californians, particularly lower-income residents who are more likely to have long commutes to work.

In 2017, the Democratic-controlled Legislature passed Senate Bill 1, which then-Gov. Jerry Brown signed into law, levying the state’s first gas tax increase in 23 years to fix California’s roads and bridges in disrepair — 12 cents per gallon. Under the law, the tax increases each year on July 1 based on the growth in the California Consumer Price Index.

The state expects SB 1 to generate more than $5 billion annually during the first decade of its implementation. According to the Legislative Analyst’s Office, the state’s fuel taxes were expected to raise $8.8 billion in the 2021-22 fiscal year.

Still, state officials say that will fall far short of the amount needed to address all the shortcomings in the transportation system, which would total $117 billion over the next 10 years and includes $20 billion to address the impacts of rising sea levels.

Matt Rocco, a spokesman for the California Department of Transportation, said that with the gas tax still in place, the agency estimates it will have the $28.8 billion needed for the projects prioritized by the governor and Legislature in 2017, when the increase became law: pavement, bridges, drainage systems or culverts, and traffic congestion management systems.

Most of the state gas tax revenue supports state highway maintenance, rehabilitation and improvements, and nearly one-third goes directly to cities and counties.

The 2017 gas tax increase passed after a fierce debate in the Legislature, squeaking by in both the Assembly and Senate with the minimum votes required in both houses. Political turbulence followed closely.

In 2018, Republicans launched a successful recall effort against Orange County Democratic state Sen. Josh Newman, fueled by his vote in favor of the gas tax. Newman reclaimed his seat in 2020.

That same year, California voters rejected a statewide ballot measure, Proposition 6, to repeal the gas tax increase. The measure faced a barrage of opposition from trade unions, contractors, Democratic leaders and the California Chamber of Commerce, which said it “makes our bridges and roads less safe and jeopardizes public safety.”

“For decades, the gas tax was a toxic political football,” said state Sen. Scott Wiener (D-San Francisco). “We need to just leave the gas tax alone and focus on other forms of tax rebates or other supports for working families. We have the tools to do that.”

California Transportation Commission member Michele Martinez, who served for 12 years on the Santa Ana City Council, said the state’s gas tax system is worthy of review, especially as the popularity of electric vehicles grows. Electric car owners don’t pay gas taxes but still drive on the same roads and bridges maintained by those who must pay the taxes, she said.

“I understand that lower fuel prices will help many Californians who can’t afford to drive electric vehicles on the highway,” Martinez said. “I paid $8.95 to charge my electrical car at 90%. How is this fair? This is the issue with the current gas tax system.”

Republican political consultant Dave Gilliard, who worked with proponents of Proposition 6, said times have changed. When the tax repeal failed, the price of a gallon of gas was $2 cheaper than it is today, and polls show that the rising cost of living in California — driven in part by gas prices — has become a major concern among residents. He argued that the gas tax is regressive since all drivers pay the same amount at the pump, which hits harder among people with lower incomes.

“If you cut the gas tax, everybody benefits. People who commute, people who don’t commute,” Gilliard said. “The easiest way to lower the cost of living right now, and there’s not a whole lot they can do, but one thing they can do overnight is slash the gas tax.”

Gilliard also said that voters are not likely to support any plan by the governor and Democratic legislative leadership to provide tax rebates only to certain Californians, and not all of those affected by the high gas prices. He pointed to the “Golden State Stimulus,” which sent out $600 checks to residents who earned up to $75,000 a year — costing a total of $11.8 billion.

Newsom has called it the “largest state tax rebate in American history.” But Gilliard argued that it wasn’t a rebate, since payments were not sent to every Californian who paid state taxes.

“A lot of Republicans and a lot of people are skeptical of the governor’s plan, that it will end up becoming some kind of income redistribution plan and it will not go to everybody,” Gilliard said.