Sanctions on supreme leader and top envoy are seen as more bark than bite and muddy Trump’s offer to talk. 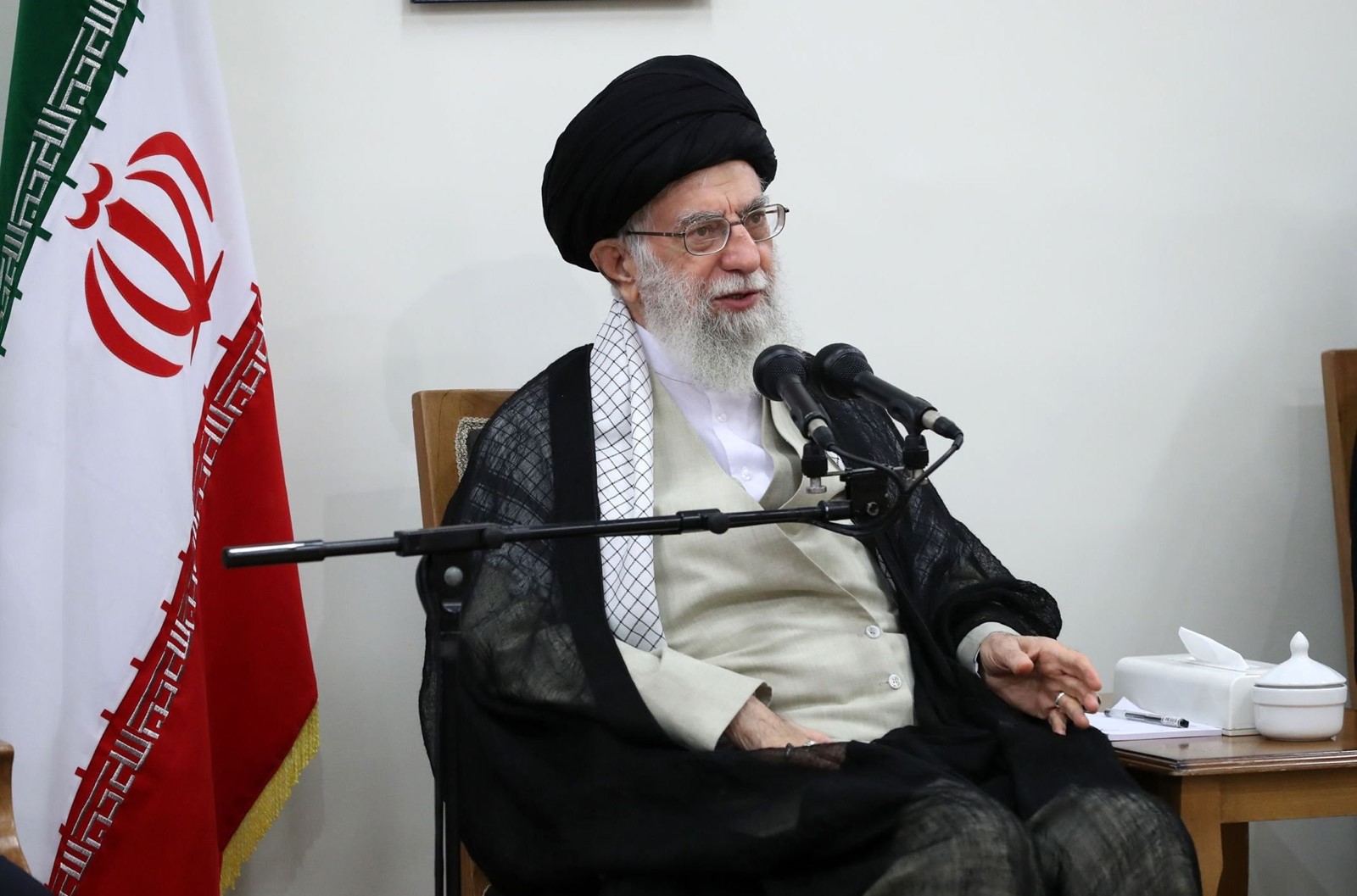 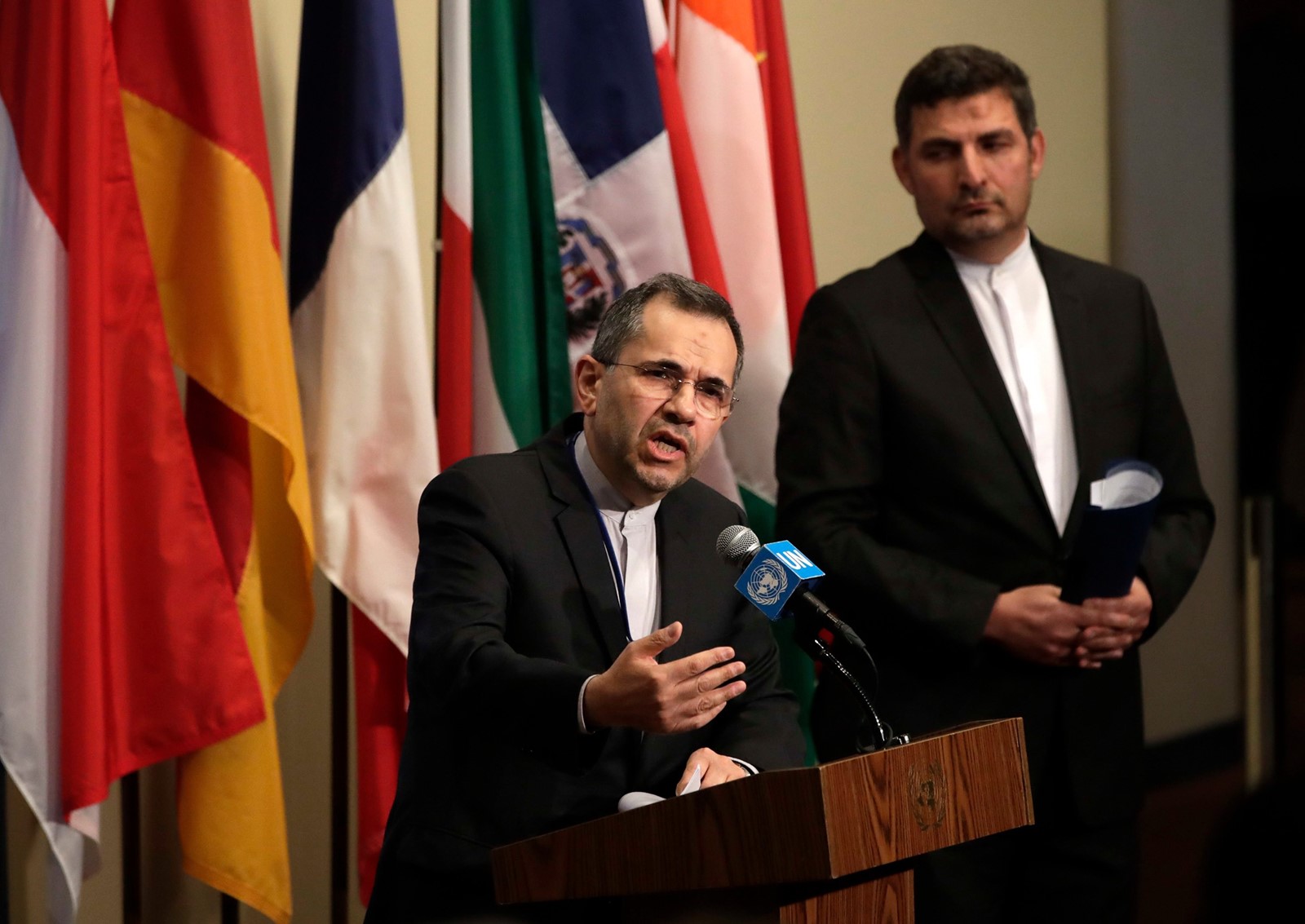 President Trump’s latest round of sanctions against Iran underscores his preference for using economic pressure rather than military force.

But his specific targeting Monday of Iranian Supreme Leader Ayatollah Ali Khamenei is likely to be more symbolic than punishing, given the leader’s lack of mainstream financial assets.

On Monday, Trump signed an executive order imposing new “hard-hitting” sanctions on Khamenei. At the same time, Trump called on Iran’s leaders to negotiate a new nuclear deal to replace the 2015 international pact he pulled the U.S. out of last year.

The sanctions come just days after Iran downed a high-flying U.S. Navy drone over the Persian Gulf. On Thursday night, Trump ordered, and then abruptly canceled, a retaliatory missile strike against Iran. He said the strike, which could have killed 150 Iranians, would have been disproportionate.

Trump’s “weapon of choice is this economic cudgel,” said Christopher R. Hill, a former U.S. ambassador to four countries. “That’s how he wants to look tough, and it’s been popular with his base. He’s not interested at all in war. He’s interested in economic warfare.”

The sanctions aim to restrict the supreme leader’s “access to key financial resources and support,” Trump told reporters in the Oval Office. He asserted that Khamenei is “responsible” for Iran’s hostile conduct.

“These measures represent a strong and proportionate response to Iran’s increasingly provocative actions,” the president said.

But experts said the new sanctions were unlikely to have a significant impact. The administration, following the Obama government before it and the United Nations, has already placed numerous punitive measures aimed at strangling the Iranian economy.

Those include restrictions on Tehran’s production and export of oil, its most important source of income, and attempts to block other countries from buying Iranian crude.

“These are a very symbolic slap in the face” that will have “no impact whatsoever,” said Jamal Abdi, president of the National Iranian American Council, an advocacy organization in Washington that supports detente with Tehran.

Sanctions normally cut off a person’s access to U.S.-based assets, but Khamenei is not thought to possess any. The opaque Iranian government operates largely outside the mainstream global financial systems that the U.S. can control.

“Supreme Leader Khamenei does not travel abroad, and has no bank account under his name,” said Farshad Ghorbanpour, a Tehran-based analyst. “This is just psychological warfare.”

One disruption, Ghorbanpour said, would be donations from Shiite Muslim communities abroad to Khamenei’s office.

Experts also noted that U.S. sanctions so far have served mostly to provoke the Islamic government. In addition to Iran’s shooting down of the U.S. drone last week, American officials accused Iran of covertly attacking oil tankers in the Persian Gulf. Iran has denied attacking the tankers.

In his comments to reporters Monday, Trump tempered his escalation of sanctions with the rhetoric of de-escalation, reiterating that he would like to meet with Iran’s leaders to draw up a new agreement to curtail the country’s nuclear weapons program.

“I think a lot of restraint has been shown by us, but that doesn’t mean we’re going to show it in the future,” Trump said.

In addition, he said, sanctions later this week will blacklist Iranian Foreign Minister Mohammad Javad Zarif, the public face of Tehran’s government and its principal negotiator in diplomatic matters.

Mnuchin said the new sanctions will “lock up literally billions of dollars worth” of Iranian assets.

For the administration to blacklist Zarif while Trump also speaks of wanting to talk to Iranian leaders sent contradictory messages.

“Those that are encouraging this move have a very clear goal in mind: to make diplomacy between Washington and Tehran impossible,” said Ellie Geranmayeh, a senior policy fellow at the European Council for Foreign Relations. “Trump’s offer for negotiations rings hollow when Iran’s top diplomat is going to be sanctioned.”

Zarif tweeted Monday that some Trump officials have a “thirst for war.”

Tensions between Washington and Tehran began to escalate after Trump withdrew the U.S. from the 2015 nuclear agreement that the U.S. and Iran signed with five other nations and that capped Iran’s nuclear ambitions. Trump decried the deal, even though Iran was in compliance with its terms.

Secretary of State Michael R. Pompeo, who has championed a harder line with Iran than Trump, traveled to the Persian Gulf region over the weekend to drum up support for the administration’s campaign against Iran.

On Monday, he met in Riyadh with Saudi Arabia’s King Salman and Crown Prince Mohammed bin Salman, who the United Nations recently said should be investigated in last year’s murder of U.S.-based Saudi journalist Jamal Khashoggi.

Pompeo and the royals agreed “to counter the Iranian threat throughout the region and to hold the Iranian regime accountable for its malign behavior,” the State Department said.

The official said the United States did not currently plan to raise a U.S. flag on Western ships in the gulf, which would entitle them formally to U.S. naval protection. Instead, the official said, U.S. and allies would expand intelligence and surveillance in the area. The official would not name any allies willing to join the effort.

The goal, the official said, was to “build a coalition to prevent what the Iranians are doing in the gulf, which is to inhibit or undermine the freedom of commerce and trade and freedom of navigation.”

The official added: “What the Iranians are doing by shooting down American drones, shooting at other drones in the region not even necessarily over the gulf, anywhere, is to prevent us from having eyes on them.”