Republicans in Congress are wary

or even critical of 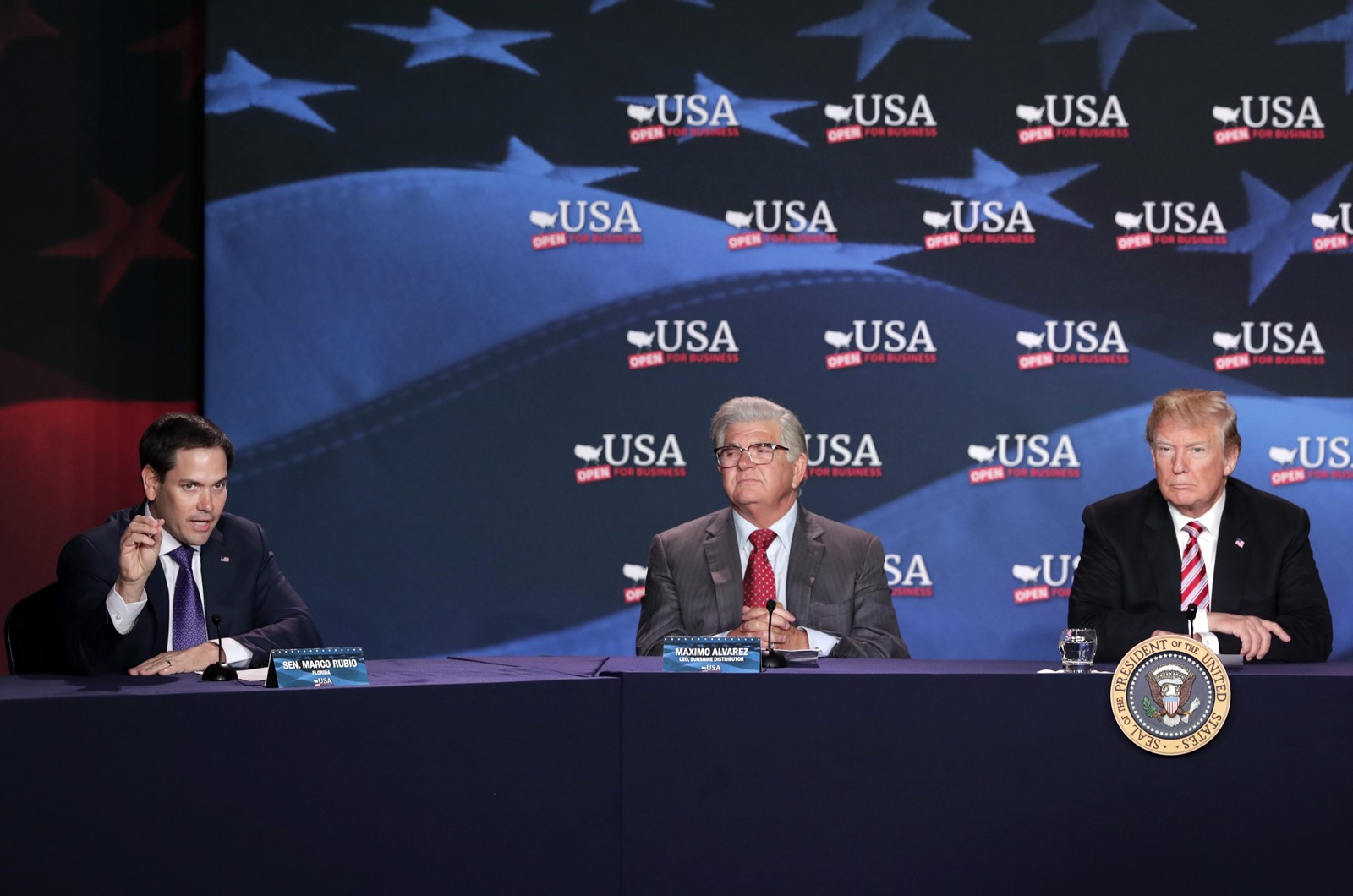 Republicans in Congress expressed uncharacteristic skepticism on Tuesday about President Trump’s claim that his summit with Kim Jong Un opened “a new history,” noting that the first-ever meeting between U.S. and North Korean leaders yielded few tangible commitments toward denuclearization, and a significant American concession.

“Should be skeptical of any deal with #KJU,” Sen. Marco Rubio of Florida said on Twitter, sounding a common note about Kim Jong Un.

While Trump sought to portray the meeting in Singapore as a personal victory, typically deferential Republican allies declined to second that narrative. Skeptics, on social media and cable television, said Kim was the bigger winner simply by getting a U.S. president to share the world stage with him, something previous North Korea leaders — his father and grandfather — had not been able to extract because of their repressive records and broken promises.

A number of congressional Republicans suggested Kim’s promises shouldn’t be trusted either. They also objected that the president had agreed, as a concession to Kim, to suspend the long-standing joint military exercises of U.S. and South Korean forces.

Republicans’ quick criticisms on the outcome with Kim, a dictator with a familiar record of ruthlessness and duplicity, stood in contrast to their general silence since Trump’s startling break with allied powers at the Group of 7 summit last weekend, in particular Canada and its prime minister, Justin Trudeau.

Even so, Republicans generally avoided direct criticism of Trump.

Sen. David Perdue of Georgia, typically an ardent supporter of the president, said he was “surprised” and “troubled” by Trump’s decision to end military exercises. “Coordination with the South Korean military is absolutely critical,” he told reporters at the Capitol.

Republicans also took issue with Trump’s effusive praise for Kim. Among other compliments, the president called Kim “very talented” in running his country — a nation that the United Nations, human rights groups and past American administrations have characterized as a prison state.

Rubio, in another tweet, countered that Kim “is NOT a talented guy. He inherited the family business from his dad & grandfather. He is a total weirdo who would not be elected assistant dog catcher in any democracy.”

Sen. Lindsey Graham of South Carolina, who has forged a working relationship with the president, was more positive. He voiced optimism that Kim would follow through on his promise to end his country’s nuclear weapons program, though Graham acknowledged that the details yet to be negotiated would be more telling than the photo ops and brief communique in Singapore.

“Here’s what I would tell President Trump: I stand with you … but anything you negotiate with North Korea will have to come to the Congress for our approval,” Graham said on NBC’s “Today” show. “Details matter.”

Sen. Tom Cotton of Arkansas, who is close to the president, offered a similarly muted response. “Obviously, it’s the first step in what will be a long process in the coming months,” he told conservative Hugh Hewitt on his radio show.

“As the president himself said at his news conference,” Cotton added, “we may look back on this in a few months and say it didn’t work.”

Influential conservatives outside of Congress generally were more pessimistic, and blunt about it.

“Pre-emptive celebration of a Great Victory by the president is sheer partisan hackery,” tweeted author Ben Shapiro. “Nothing has been accomplished … yet. Perhaps it will be. Celebrate then.”

Bruce Klingner, the longtime CIA lead on North Korea and now a senior fellow at the conservative Heritage Foundation, tweeted: “This is very disappointing.”

He wrote that the four main points in the Trump-Kim communique were the same as in agreements that past U.S. administrations brokered “in a stronger, more encompassing way.” The provision on North Korea’s denuclearization “is weaker,” Klingner wrote, and the two leaders made no mention of verification procedures or North Korea’s human rights abuses.

Unlike on the Kim summit, Republicans issued few statements after Trump broke with Trudeau and reneged on signing the G-7 allies’ final communique after their meeting in Quebec.

Sen. John McCain of Arizona, chairman of the Senate Armed Services Committee and a frequent Trump critic, was all but alone among Republicans in condemning the president after the G-7 summit ended.

“To our allies: bipartisan majorities of Americans remain pro-free trade, pro-globalization & supportive of alliances based on 70 years of shared values,” McCain tweeted. “Americans stand with you, even if our president doesn’t.”

Some Republicans criticized not Trump but his aides, in particular trade advisor Peter Navarro, for saying in a TV interview Sunday that Trudeau deserves “a special place in hell.”

“I am pretty sure that circles of hell are not reserved for Canadians imposing retaliatory tariffs,” Sen. Ted Cruz of Texas told reporters.

Rep. Adam B. Schiff of Burbank, the senior Democrat on the House Intelligence Committee, said that Republicans’ unwillingness to speak out against Trump “will be something they will have to answer for.”

“Donald Trump has remade the Republican Party in his flawed image with breakneck speed, and he has coerced his party members in Congress into complete silence and abdication of their responsibilities,” Schiff said.