Universities move on from court fight 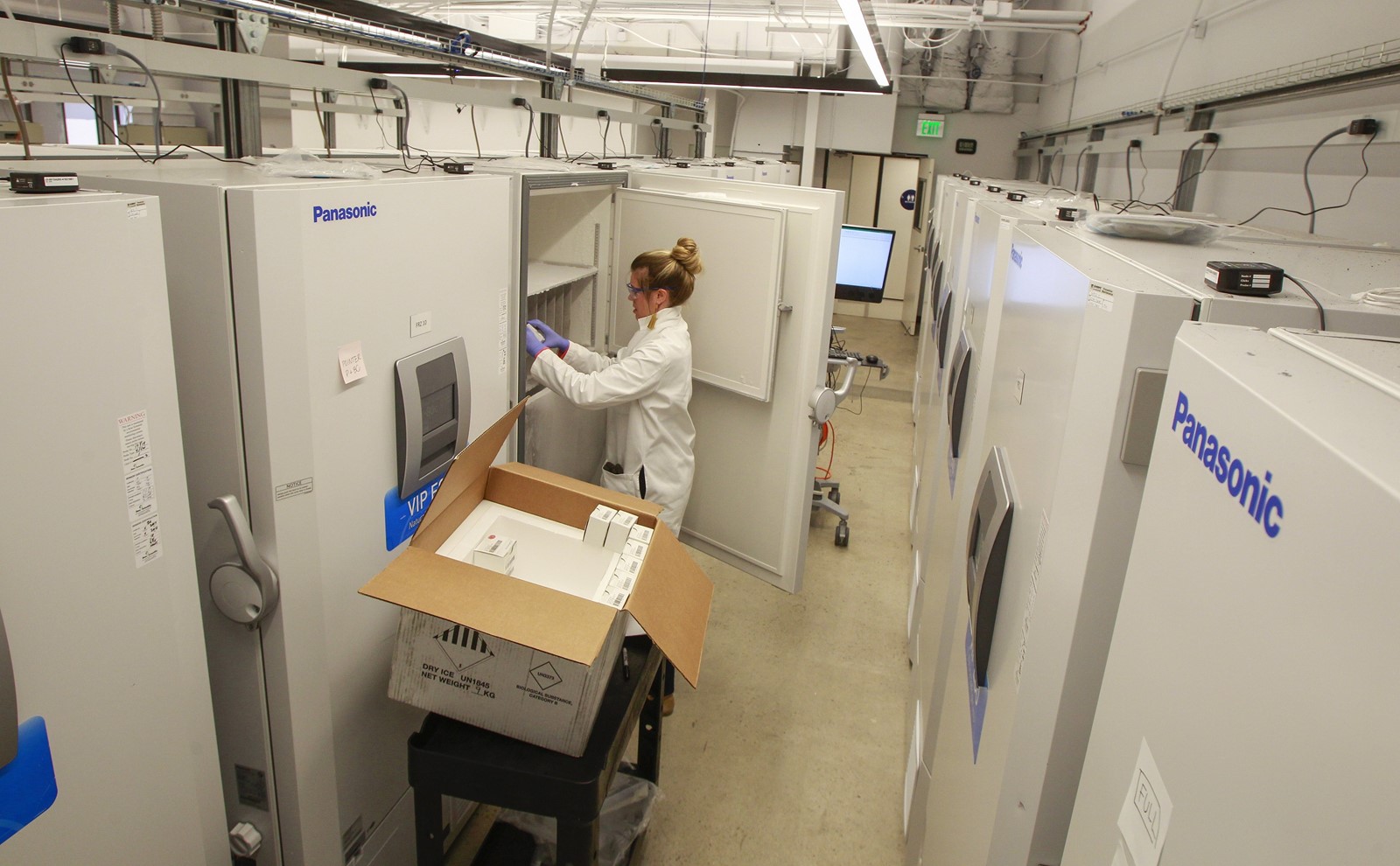 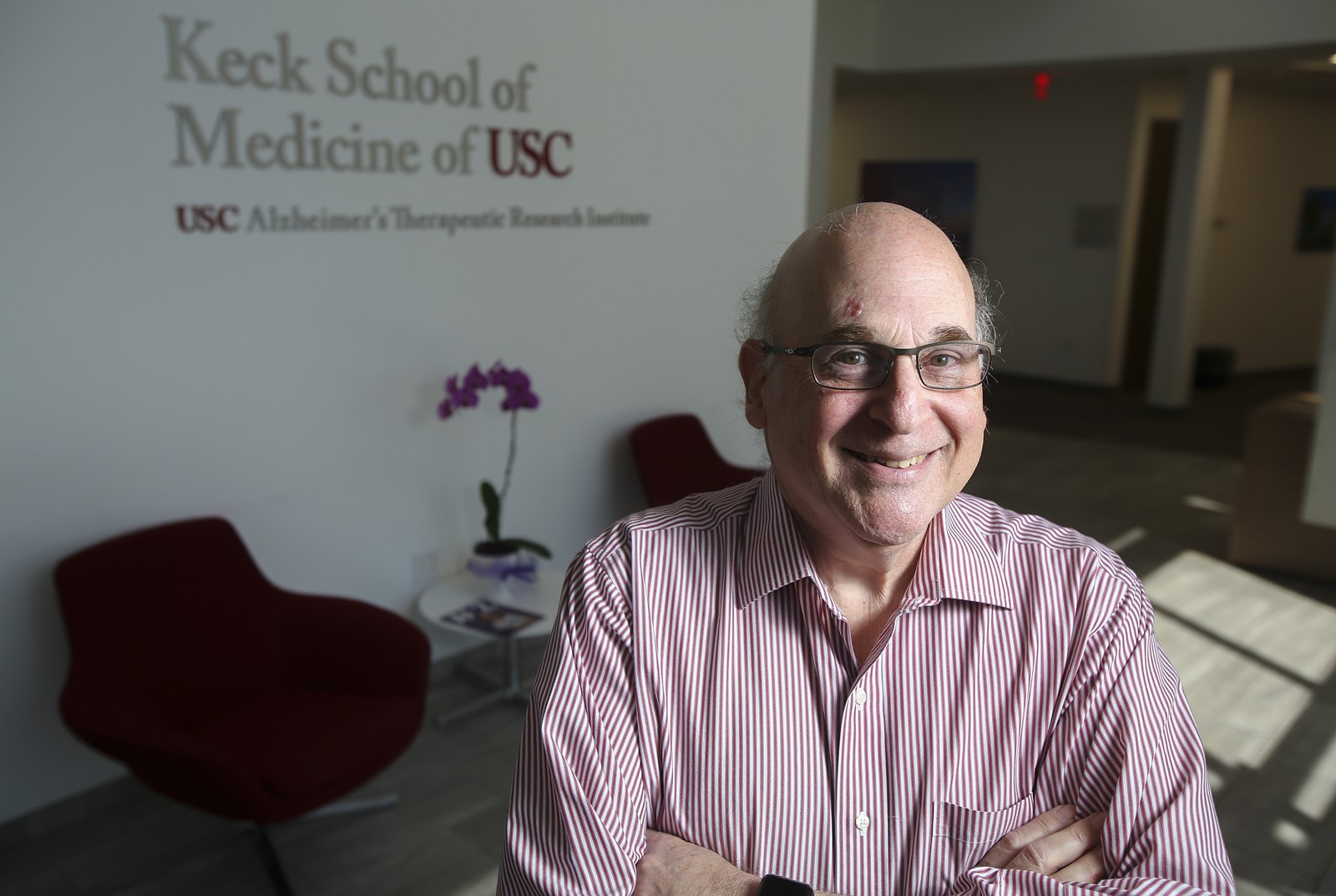 PAUL AISEN left UC San Diego in 2015. UCSD accused him and USC of taking over its Alzheimer’s program. ()
PREVIOUS IMAGE

USC, which barely had any presence in San Diego five years ago, is becoming a big player in the city’s fabled life sciences industry, led by a controversial scientist who was publicly scolded by the school for ethical lapses.

USC quietly staked out quarters in Sorrento Valley and is managing $370 million in research contracts and clinical trials through its Alzheimer’s Therapeutic Research Institute.

The center appears close to getting an additional $146 million in grants to study the inscrutable disease, which would make it among the largest centers of its kind in California.

The institute is shopping for more lab space nearby, and it plans to add 40 people to its workforce of 120.

“It’s not just that we all love living here,” said Dr. Paul Aisen, ATRI’s director and a resident of Solana Beach. “San Diego is the greatest place in the world for neuroscience and Alzheimer’s research.”

UC San Diego scientists privately say they don’t welcome the company. Aisen was director of UCSD’s nationally renowned Alzheimer’s Disease Cooperative Study in 2015 when he abruptly defected to USC and took $90 million in contracts, lots of precious data and numerous employees with him.

He says he made the move because UCSD, one of the nation’s 10 largest research schools, wasn’t providing the program with adequate support — a claim the school denies.

UCSD pushed back with a lawsuit that accused Aisen and USC of illegally commandeering one of the most well-established Alzheimer’s research programs in the country.

The sides traded charges and insults, but the anger trailed off, only to resurface in July when the lawsuit was unexpectedly settled out of court.

In an extraordinarily rare move, USC issued a public apology to UCSD and paid the school $50 million.

“USC and Dr. Paul Aisen regret that the manner in which Dr. Aisen and members of the [Alzheimer’s Disease Cooperative Study] left UC San Diego and brought research assets to USC created disruption to UC San Diego,” USC said in a statement.

“These actions did not align with the standards of ethics and integrity which USC expects of all its faculty, administrators, and staff. USC is committed to, and wants to be known for, ethics, integrity and the pursuit of academic excellence, and it has already implemented sweeping changes to this end.”

UCSD says it has recovered financially and scientifically from the fight. But Dr. David Brenner, the school’s vice chancellor of health sciences, wants to sound off about it. He can’t, though.

Both sides agreed not to relitigate the dispute in public.

“I can’t say anything,” said Brenner, who is known for being loquacious and blunt.

Aisen said he regrets any disruption at UCSD in relation to his move, echoing the USC statement. But he said he maintains a good working relationship with USC.

“I have felt welcome at USC since the day I started here and it continues to this day. I think the way things are going here is testament to the effective relationship between my research team and USC…. I have no plans for retirement. I intend to continue to work as professor at USC and as director of ATRI for many years.”

Aisen’s recruitment by USC was a normal part of academic life, three ethicists said. But the money and prestige involved made it unusually controversial.

“Raiding happens all the time in academia,” said Arthur Caplan, a prominent bioethicist at New York University School of Medicine. “People target faculty members, someone they want, or a particularly strong investigator they think will be bringing in money.”

However, going to court over a recruitment is extremely rare, he said.

“It’s expensive. Lawyers cost a lot. Reputations potentially can be damaged by things being said that no one wants said. You really don’t want to fight your recruitment battles in a courtroom.”

Research ethicist C.K. Gunsalus said the reported settlement was unusual in the size of the payment. Gunsalus is director of the National Center for Professional and Research Ethics at the University of Illinois at Urbana-Champaign.

“In my experience, it’s unusual for one university to sue another in these circumstances, and the $50 million makes it quite remarkable,” Gunsalus said.

Caplan said it looked to him like the litigation was sparked by a “combustible mix” of prestigious institutions colliding: UCSD, an institution that’s proud of its science with a large program in Alzheimer’s, a huge area of research; and USC, a university working hard to move up fast in academic reputation, with recruitment of top researchers part of that goal.

“It’s an unusual mix,” Caplan said. “The area of research, Alzheimer’s, is lucrative, important — it touches a lot of lives.”

With contracts and grants come money for staff and to defray overhead such as buildings and equipment, Caplan said. All of that vanishes when the researcher and the money leave.

These disputes are the result of universities “becoming commercial research establishments,” said Nicholas Steneck, professor emeritus of history at the University of Michigan.

“In theory, research is supposed to be collaborative,” he said. “In fact, it is competitive and commercial. What you are seeing is the same as one IT company stealing from another.”

Under Aisen’s direction, the Alzheimer’s Therapeutic Research Institute is managing major clinical trials involving potential therapies aimed at all stages of the disease, from people at risk to those experiencing mental deterioration.

The biggest grant, $108 million, comes from Eli Lilly for managing trials of a drug called solanezumab.

This drug has failed several expensive trials over the years.

However, Aisen said the failures were marginal, with results coming up just shy of statistical significance.

Solanezumab works by inhibiting small fragments of an abnormal protein called amyloid. These accumulate into the plaques that are the hallmarks of the disease.

Lilly has stopped testing the drug for actual dementia and is now testing it as a preventive. The study has been expanded with funding from Lilly and the National Institutes of Health. A total of 1,169 people have been enrolled into the randomized controlled trial. Results are expected in mid-2022, Aisen said.

The research institute is recruiting patients for three clinical trials. One is testing nicotine transdermal patches to reduce symptoms in those with mild cognitive impairment.

There is some evidence that nicotine improves cognition, Aisen said.

This is apparently caused by stimulating receptors in the brain that are also targeted by the neurotransmitter acetylcholine. A transdermal patch delivers these potentially beneficial effects of nicotine without the dangers of smoking, Aisen said.

This study, called MIND, is recruiting participants at about 30 sites across the United States.

Another program asks people 50 or older to become qualified for clinical trials in advance.

By having a pool of subjects to tap, these trials can begin much more quickly, Aisen said. Those interested can take a quarterly assessment online at . This 10-to-15-minute test is designed to catch potential changes in cognitive performance before symptoms emerge.

Those who show possible signs of deterioration will be assessed in person, including genetic testing. If that assessment confirms the risk, people will be asked to take a PET scan to detect signs of brain abnormalities linked to Alzheimer’s.

And if that scan is positive, people will be asked to join a waiting group to be assigned to a clinical trial. A third trial, called ADNI3, seeks to detect biomarkers involved with Alzheimer’s.

These are correlated with the individual’s cognitive status. Those who manifest Alzheimer’s symptoms can be followed through the course of the disease, and changes in biomarkers will be noted along with the progress of symptoms.

The research institute will be launching three additional clinical trials over the next year.

ADNI3 and the other studies generate tens of thousands of biological samples, including blood, cerebrospinal fluid and actual cells.