Why nothing matters to Trump’s voters

Constant headlines suggest chaos reigns in the presidential race, yet nothing changes. Surprised? Don’t be. 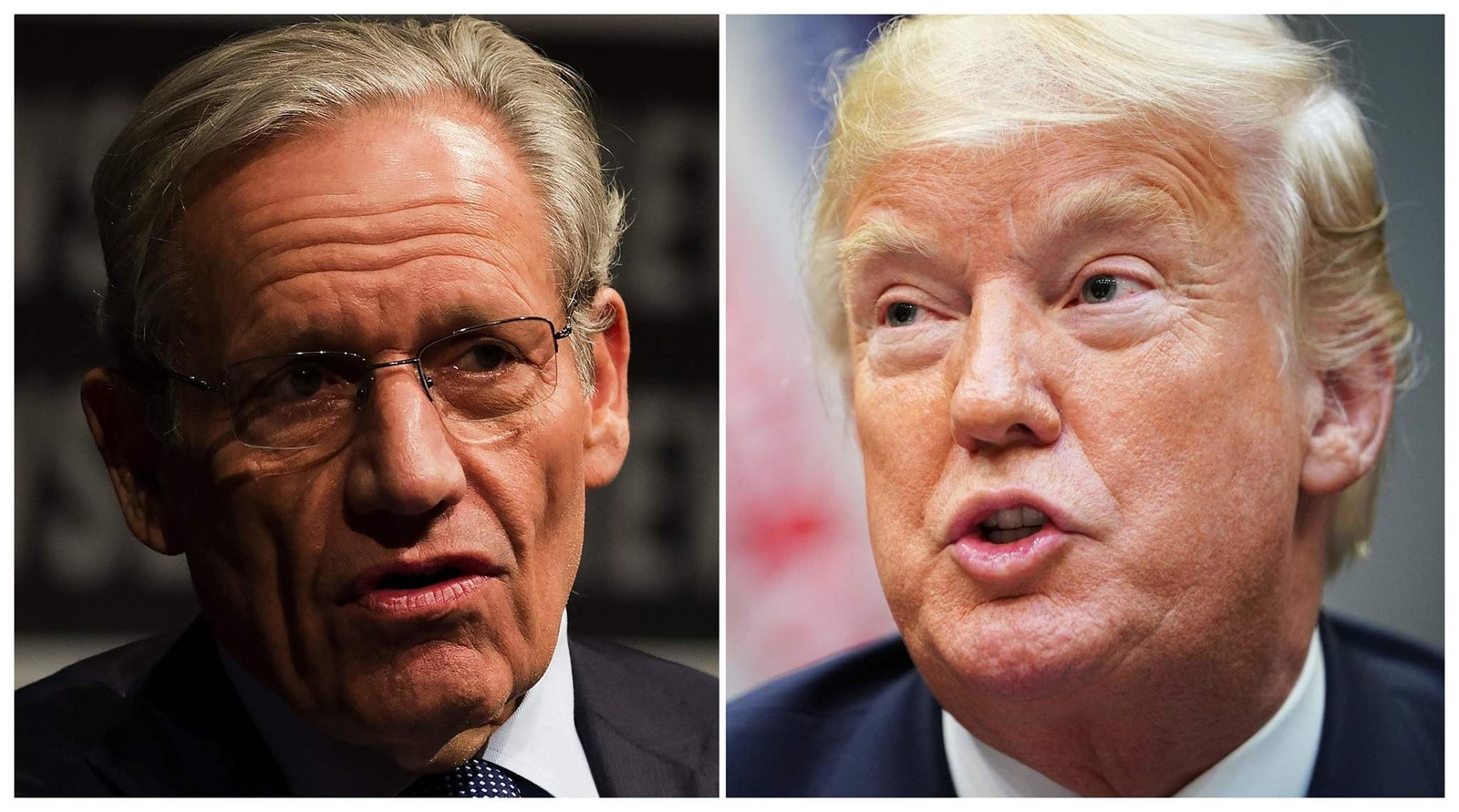 President Trump’s recorded interviews with Bob Woodward, in which he admitted to deliberately downplaying the danger of the coronavirus, blasted through the presidential campaign last week. His words dominated discussion and diverted the candidates from any other topics they had planned to focus on.

What they probably did not do is change many minds.

Many Democrats find the lack of reaction baffling. Surely, they say after each new revelation, this piece of evidence will be the one to cause Trump supporters to abandon their candidate en masse.

At this point, that counts as a form of self-delusion. The coronavirus, a pandemic that has killed more than 190,000 Americans, only shifted voting intentions by a few points. In comparison to that, what’s the impact of a quote from a new book?

The stability of American attitudes toward Trump provides one of the most remarkable aspects of his presidency. His support has a very low ceiling: Alone among American presidents since the era of mass polling began more than eight decades ago, he has never received approval from a majority.

His backing also has a very solid floor — never dropping below the high 30s.

The simplest explanation comes from yet another volume in the raft of Trump-related books published this summer — Stephanie Winston Wolkoff’s account of her now-ruptured friendship with Melania Trump.

When Wolkoff would seek to commiserate with her friend about her husband’s infidelities or other misconduct, she writes, the first lady would simply respond, “I know who I married.”

As Donald Trump’s third wife, Melania didn’t enter the relationship with deep illusions about him. Neither did most of Trump’s voters.

Trump may be a con man, as his critics say — the history of Trump University, to cite just one example, provides ample evidence. But that doesn’t make his voters gulls.

The remarkable stability of Trump’s support reflects the degree to which American society has separated into two very distinct — and very different — camps. To illustrate some of what that means, look at the findings from a new survey released last week by the nonpartisan Pew Research Center.

The survey not only finds stark differences between voters who back Trump and those who support Joe Biden on basic political values and attitudes, but shows that the gap has widened since Trump and Hillary Clinton faced off four years ago.

Consider race, for example. Pew asked the group of just over 11,000 adults they surveyed a simple question: Is it more difficult to be a Black person in the U.S. than white?

About three-quarters of voters who support Biden said that it is a “lot more difficult” to be Black in America. Fewer than 1 in 10 Trump supporters agreed.

The enormous, 65-point chasm that separates the two sides on that looms significantly wider than the already large 46-point gap Pew found four years ago when it asked Clinton and Trump supporters the same question.

Part of the reason for that gap is that nearly 9 in 10 Republican voters are white, compared with about 6 in 10 Democratic voters. But huge differences also exist between white voters on either side of the partisan divide.

Over the last four years, white Democrats, along with their Black and Latino co-partisans, have become significantly more likely to say that Black lives are a lot more difficult in the U.S.

By contrast, the view that Black Americans do not face significantly higher hurdles than white Americans is a core belief for the vast majority of Republicans.

Indeed, other surveys have found that a significant share of Trump voters believe that white Americans are the ones held back by discrimination.

The Pew survey found that about 3 out of 5 Biden supporters say that white Americans benefit from advantages built into society to which Black Americans do not have access — a workable definition of structural racism.

On the other side, almost no Trump supporters, 5%, share that view. On that question, too, the gap between the two sides has widened.

What’s true of attitudes toward race is also true on attitudes toward gender: Democrats over the last four years have grown more likely to see a continued impact of bias while a large majority of Republicans remain committed to the idea that discrimination is a thing of the past.

Even though Clinton made an explicit point in her campaign about being the first woman presidential nominee of a major party, Biden voters today are slightly more likely (72%) than her voters were four years ago (70%) to see sexism as a continued obstacle to women. Trump supporters are a little less likely (26%) to agree than they were last time (31%).

On both sides, women voters are a bit more likely than men to agree that women still face significant obstacles, but the partisan divide is far bigger than the gender gap.

Religion, too, provides a sharp point of division. In the 2018 midterm election, people with no religious affiliation made up about 40% of the Democratic vote, Pew found in a separate study that was also released last week. Religious “nones,” as Pew dubs them, made up just 15% of the Republican vote.

By contrast, white evangelical Protestants made up about one-third of the Republican vote, but have a very small presence, 6%, among Democratic voters, Pew found.

Asked by Pew for their views of a competing religion, almost three-quarters of Trump supporters (72%) said that they believed Islam encourages violence more than other religions do. Biden supporters provided a mirror image, with three-quarters saying Islam did not encourage more violence. On that measure, too, the gap between the two sides has widened over the last four years.

Finally, despite — or maybe because of — Trump’s consistent attacks on immigration, both Democrats and Republicans have grown more likely over the last four years to say that immigrants strengthen society rather than posing a threat to American customs and values. But the two sides remain far apart in their views.

Among Trump voters, the share who say immigrants do more to strengthen society has grown from just 1 in 5 in 2016 to about 1 in 3 now. On the Democratic side, more than 8 in 10 hold that pro-immigrant view.

The point of all this is that the reason nothing seems to change people’s views of Trump has only partially to do with him.

Trump has surely taken advantage of the deep divisions in American society, and he has probably widened them, too. But the division of America into two hostile camps existed before Trump came onto the scene and will persist once he leaves.

In the current election, those huge and hardened differences in values and attitudes keep the race locked in place and relatively close. Once the campaign ends, and regardless of who wins, the divided nature of American society will continue to get in the way of solving the nation’s problems.