of ‘Dreamers’ from earning legal status. 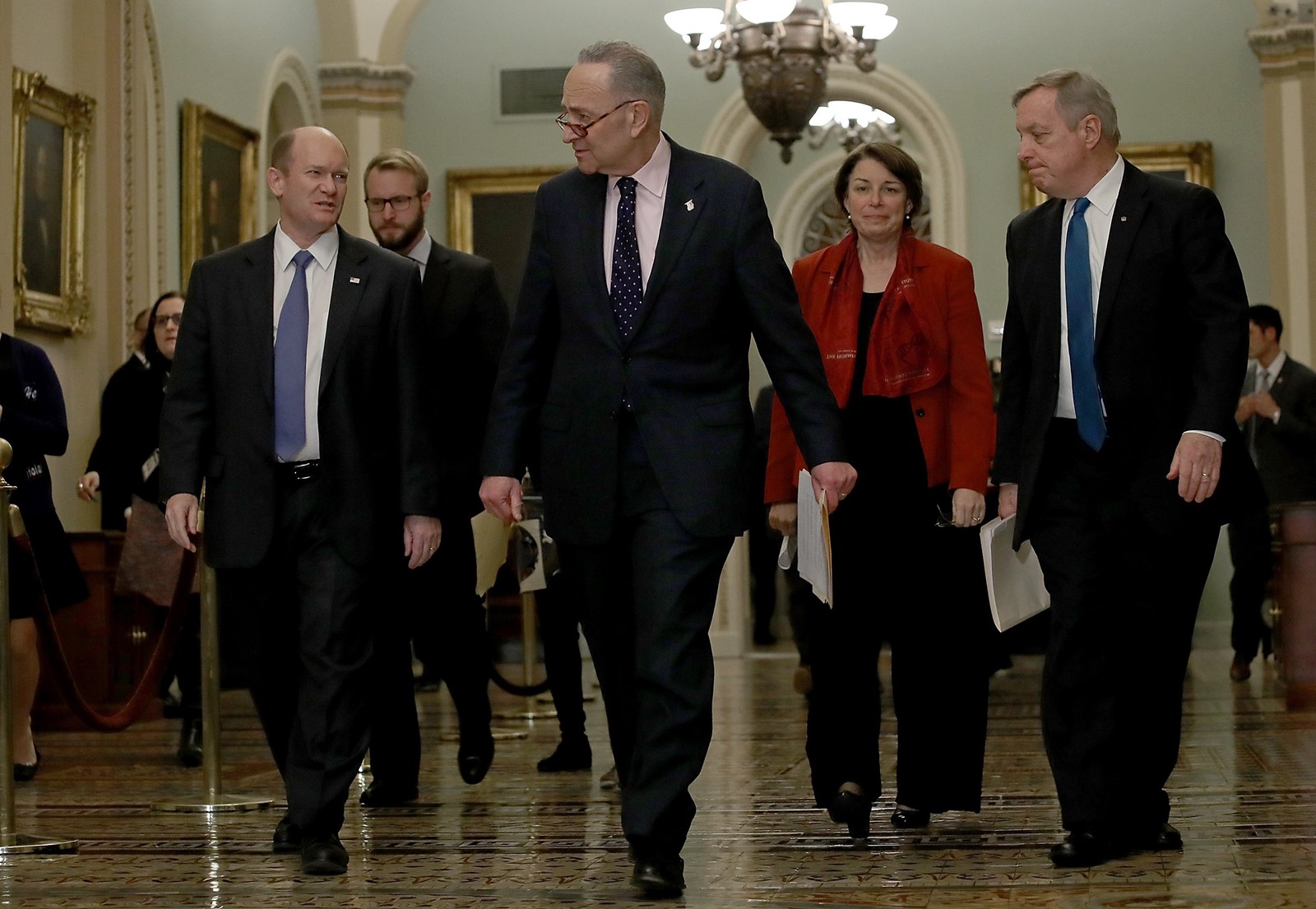 As the Senate considers protections for “Dreamers,” the debate has quickly turned to the question of whether those who achieve legal status should be able to sponsor loved ones to join them in the United States.

The White House, with legislation crafted by GOP leaders, wants to block future immigrants from being able to petition for relatives beyond spouses and minor children. President Trump rejects what he calls “chain migration,” a term others view as derisive, in favor of giving visas to immigrants with specific technology skills or other sought-after experience.

More specifically, Republicans want to prevent the nearly 700,000 Dreamers from helping the parents who brought them to the U.S. illegally as children earn permanent legal status. GOP senators bristle at the idea of favoring the parents, while other would-be immigrants endure a decades-long waiting list for visas.

“We have to end the practice of extended-family chain migration, because we’d create a whole new pool of immigrants who could bring in their parents, who created the problem in the first place,” Sen. Tom Cotton (R-Ark.) said Monday on a radio show.

Dreamers were given temporary work permits and protected from deportation under the Obama-era Deferred Action for Childhood Arrivals program, which President Trump wants to terminate.

For decades, family migration has been the bedrock of U.S. immigration law, rooted in the belief that immigrants should be able to unify with their loved ones.

While there are no limits on a new citizen’s ability to sponsor a spouse, children and parents, immigration law imposes strict caps on visas for other relatives. The only other relatives allowed to be sponsored are siblings and adult children — not grandparents, aunts or uncles of citizens or green-card holders, as Cotton and others claim.

About 240,000 slots are available a year, creating a backlog that now counts nearly 4 million applicants, according to the Migration Policy Institute. The wait from some countries, including Mexico, stretches 20 years.

Many young Dreamers and those in the DACA program fear their parents could face deportation unless they are able to apply for legal status too. Current law requires those here illegally to return to their home countries for 10 years before they can apply to reenter the U.S., leaving jobs and families. Experts say most are unlikely to do so.

“For many people, if it’s a choice between staying here as they’ve been, and living a bit in the shadows, or separating from their families for 10 years to get a green card, many would rather stay with their families and tough it out,” said Julia Gelatt, a senior policy analyst at the Migration Policy Institute.

For Democrats, it’s not that they oppose creating more visas for high-skilled immigrants, as Republicans and others propose, but they don’t want to dramatically reduce the number of slots available in the family program to prioritize others now favored.

And more fundamentally, Democrats — and, increasingly, some Republicans — reject the notion of transforming the immigration system as Trump has envisioned, with fewer immigrants from poorer countries and more from places, as the president has suggested, like Norway.

Sen. Richard J. Durbin (D-Ill.) told the story Tuesday of a Korean immigrant who came to the United States knowing little English, but earned an education and started a family. His daughter, Chloe Kim, is the young American snowboarding champion who captured a gold medal this week in the Olympics.

“It’s a story of an immigrant family — a man who might not have passed some of the merit-based tests that we’re hearing about around here — but who came to the United States determined to make a life,” said Durbin, the son of an immigrant from Poland. “That’s their story, but it’s America’s story too.”

The Senate was set to launch an unusually open debate this week as Congress scrambles to come up with a legislative solution for DACA recipients. But action ground to a halt Tuesday amid partisan infighting.

Republicans blamed Democrats for stalling debate while Democrats complained that Republicans were proposing bills that go far beyond the debate over Dreamers and border security that most senators agree should be addressed.

But Senate Majority Leader Mitch McConnell (R-Ky.) said all ideas should be allowed to come forward for votes. Despite the standstill, he expects to finish the bill this week.

“There’s no reason not to come together and get to a solution this week,” McConnell said.

It became apparent late Tuesday, though, that neither side had actual legislative text ready for voting — and those proposals would be unlikely to reach the 60-vote threshold needed from a coalition of Republicans and Democrats for passage.

Instead, bipartisan efforts continued on the sidelines to strike a deal that could win support. Trump announced he would end the DACA program on March 5, exposing the young immigrants to deportation risk, but legal action has allowed the program to temporarily continue.

Many experts agree the existing family visa system, with its massive backlog of applicants, could use an overhaul, and the Senate in 2013 agreed to changes that would end the backlog and chart a new system as part of a comprehensive immigration reform bill that stalled in the House.

“It’s definitely part of our system most people would agree needs fixing,” said Gelatt at the Migration Policy Institute. “Big backlogs are a sign that our system needs some kind of reform.”

The main Republican bill, backed by McConnell, tried to win over Democrats on the family visa issue by first clearing the backlog of relatives waiting to enter the United States before imposing all the new limits on family visas. By some estimates, the White House proposal could slash legal immigration by half.

Another, from Sen. Jeff Flake (R-Ariz.), seeks to keep immigration at current levels, but reallocates family visas to those immigrants with advanced degrees or high-tech backgrounds — and only after the family visa backlog was cleared.

Most of the proposals from Republicans and Democrats also call for reallocating the diversity visa program, which provides some 55,000 visas a year to those from countries, including Africa, that send few immigrants to the U.S., to help clear up the backlog.

But experts say relying on those efforts would still take years — if not decades — to clear the backlog of those already waiting in line.

Schumer acknowledged Tuesday that limits on allowing DACA recipients to help their parents is part of the discussion.

One bipartisan proposal from Durbin and Sen. Lindsey Graham (R-S.C.) would allow DACA recipients to sponsor their parents for temporary three-year permits to live and work in the United States. It would prevent them from earning citizenship but protect them from deportation.

Even some Republicans were reluctant to lean too heavily into restrictions on Dreamers’ parents.

“It could be possible that we’re silent on that,” said Sen. Cory Gardner (R-Colo.), who wants to focus on the immediate issue of DACA. “I want to find a solution on Dreamers.”