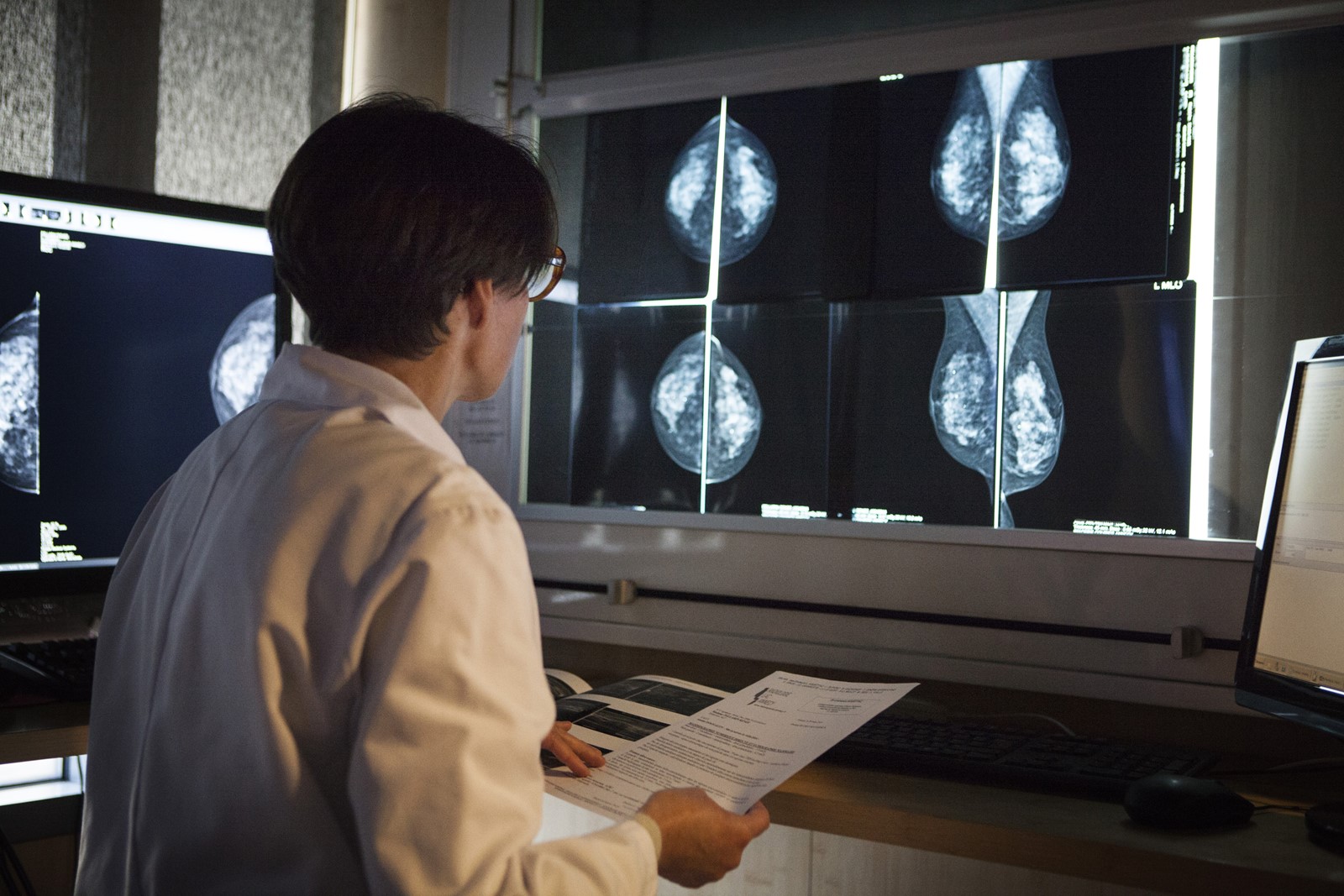 When a routine mammogram led to a breast cancer diagnosis for Yoko Williams in January, the coronavirus was not yet among her many worries.

But after a surgery to remove the cancerous tissue, Williams arrived at an infusion center for her first round of chemotherapy in early March as the virus approached her hometown of Springfield, Mo.

The growing outbreak ushered in an entirely new set of fears as Williams contemplated her remaining monthly chemo appointments. Was it safe to go to a medical office to receive the intravenous medicine? How much would the chemo wear down her immune system and increase her risk of contracting the coronavirus from her husband, a physician who was caring for patients with COVID-19 symptoms? If she postponed the chemo, could she still beat the cancer?

Williams, 56, decided to pause the treatments. Her oncologist, she said, was OK with her choice and moved up the radiation treatments that were supposed to follow the chemo.

“Should I have stopped? Should I not? I had a lot of anxiety and mixed emotions,” Williams said. “I still do.”

The coronavirus that emerged only months ago has forced sudden and dramatic changes throughout the medical world. Annual checkups, routine surgeries and other procedures have been cut back or canceled to minimize exposure to the virus that has infected more than 1.7 million people and caused nearly 120,000 deaths globally.

The challenges are even greater for people who are already grappling with a serious illness. Among them are the roughly quarter of a million U.S. women who learn they have breast cancer each year. That diagnosis, already loaded with angst and uncertainty, is even more fraught when it comes in the midst of a pandemic.

The global health crisis has forced changes to established treatment regimens. Some patients have been required to take detours as hospitals cut back on surgeries, including the lumpectomies and mastectomies that are often the first step in breast cancer treatment. Others, like Williams, have initiated the changes themselves after coming to the conclusion that continuing with treatment is riskier than pressing ahead without it.

The pandemic has also affected routine screening exams to detect early signs of breast cancer. Radiologists around the country have stopped doing mammograms and other tests on the advice of several leading medical societies.

At NewYork-Presbyterian/Weill Cornell Medical Center in New York City, for example, appointments have been canceled for the roughly 100 women who would be screened there on a typical day, according to a doctor there.

Recommending that the tests be postponed “was a very difficult decision,” said Dr. Dana Smetherman, a radiologist in New Orleans who chairs the American College of Radiology’s Commission on Breast Imaging. “Normally, there are tremendous benefits to screening, but we find ourselves in circumstances that are far from normal.”

Choices like the one Williams made to stop her chemotherapy can be an option for breast cancer patients because the disease progresses relatively slowly and, unlike most other types of cancer, some changes to the timing, order and duration of treatments typically won’t change a patient’s chances of recovery, experts said.

“Good oncology has always been about balancing the risks and benefits to a patient,” said Dr. John Glaspy, a breast cancer researcher at UCLA. “Now there is a new risk on that side of the equation, and so we have to recalibrate the balance.”

Glaspy and other oncologists emphasized that while treatment changes are often possible, a patient’s particular type of breast cancer and how far it has progressed could limit her options.

A large part of this recalibration is due to the sharp drop in the number of surgeries hospitals are allowing. The cutbacks have been made to conserve badly needed masks and other protective gear, keep ventilators available for patients with severe cases of COVID-19, and protect patients and hospital staff from unnecessary exposure to the virus.

So oncologists are flipping a standard treatment plan for many breast cancer patients, which calls first for mastectomies or lumpectomies to remove tumors followed by a course of chemotherapy to kill off any remaining cancer cells. Doctors say they are confident that postponing surgery until after chemotherapy will not have an impact on the effectiveness of treatment.

By the time patients finish their chemotherapy, which typically lasts about five months, oncologists are hopeful that the swell of COVID-19 cases will have subsided and that surgeries will be possible again. But with so much uncertainty about how long the virus will maintain its hold on the country’s healthcare system, that strategy could grow more complicated with time.

On top of that, hospitals are bracing for a huge backlog of women whose delayed breast cancer surgeries will put them in competition with patients whose knee replacements, hysterectomies and other elective surgeries were postponed as well.

Breast reconstruction surgeries have been put off too, leaving women who had mastectomies in limbo.

Sherece Bank of Ann Arbor, Mich., had a cancerous breast removed in late February and was supposed to begin a series of procedures to expand her chest tissue the following month. Now those are on hold, along with the surgery that was to follow.

“You wake up every day and you see the scar,” said Bank, who is 50. “I want to feel whole again and that process has been derailed.”

Plans are also changing at chemotherapy infusion centers as breast cancer patients and oncologists reconsider the risks and benefit of the treatment.

Oncologists have some flexibility with the timing and duration of chemo. Some medications can be given in larger doses less frequently or be taken orally at home. In certain cases, patients can safely reduce the number of infusions because a longer course of treatment would probably provide only small gains, Glaspy said.

About a quarter of the women who were receiving chemo at UCLA facilities have stopped coming in since the virus hit, he estimated. Half the decline is due to doctors deciding it makes more sense to postpone the infusions, and the other half is due to patients being afraid to continue with the treatments, he said.

Chemo treatments are down about 15% at Dana-Farber as well.

“There is a big emotional component here,” Glaspy said. “People are frightened, and that affects behavior, independent of what we think makes the most sense medically.”

For Williams, the choice came down to this: continue her chemotherapy while her husband isolated himself in the basement for her protection or else call an end to the debilitating treatment.

In the end, the idea of not having her husband around to help led her to decide to stop chemotherapy, Williams said.

Conversations carried out in online support forums suggest that many breast cancer patients worry that chemo will suppress their immune systems. But that concern is largely misplaced, said Dr. Dennis Slamon, chief of hematology and oncology at UCLA. While the drugs temporarily decrease the body’s ability to fend off bacterial infections, they have no effect on its response to viral threats, he said.

Williams said her oncologist told her the same thing, but she remained nervous: “I just didn’t know how my body would respond to the chemo and didn’t want to risk it.”

The plan, for now, is to return to chemo after finishing about three weeks of daily radiation sessions. That means she’ll restart the infusions just as Missouri health officials expect COVID-19 cases to peak in the state.

“I’m wondering if I made the right call,” Williams said. “Did I time this wrong? I just don’t know.”