Tesla loses a founder and some of its soul 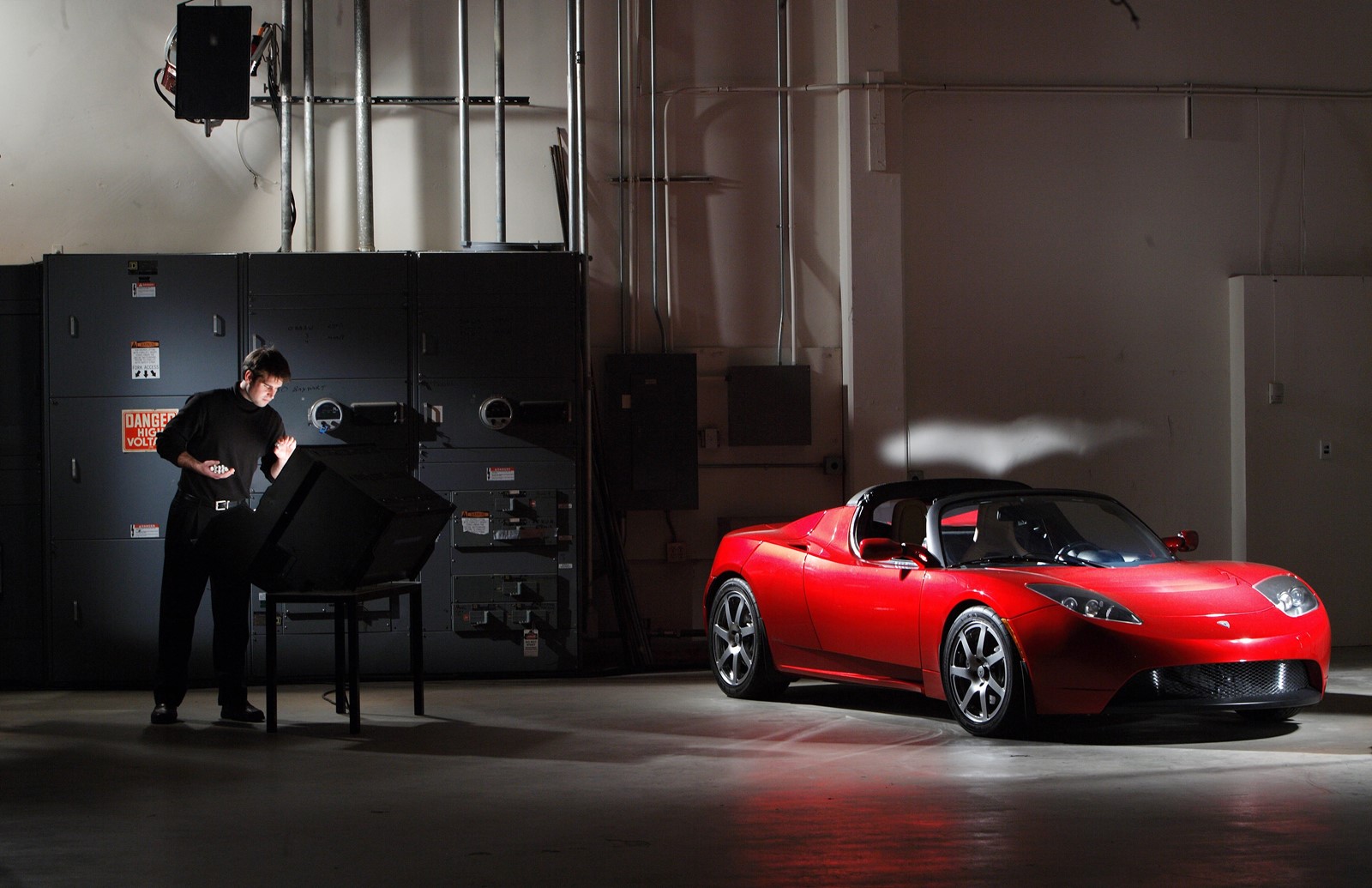 There’s a photo of J.B. Straubel from 2004 that has become part of Tesla lore. It was taken back when the company was more of a hopeful concept than an actual carmaker. He’s in the backyard of his house, hand-gluing lithium ion batteries to a case as part of the arts and crafts project that was Tesla’s first vehicle.

Straubel, the company’s longtime chief technology officer, looks the part of the youthful, eager, problem-solving engineer who has no idea of the hell that’s coming for him, and that’s exactly what he was. Of course, that version of Straubel also could never have imagined the heights he would achieve.

On Wednesday, as Tesla announced that it had delivered 95,356 cars in its most recent quarter and another net loss, it also revealed that Straubel will cede his CTO position and step away from the daily grind to become an advisor to the company. For longtime Tesla watchers, it’s an astonishing change. Straubel, 43, represents, alongside Elon Musk, the soul of the automaker — a true believer in electric cars and how they could reshape the world. He has been the quiet, grounded complement to Musk’s drama-filled, visionary persona.

“It’s been an amazing time, and I really, really love the mission and this personal connection and ownership with the whole company,” Straubel said in a phone interview. “Tesla has evolved. What we need now is a focus on sales, delivery and manufacturing. I have been helping with that in recent years, but it’s not what I am best at. There are people in the world who are better at this stuff and enjoy it more.”

Tesla has become such a polarizing phenomenon. Some see it as the obvious future of transportation. To others, it is an elaborate hoax. But before all that, during the early days of the company, Straubel and a team of fellow engineers struggled to produce a single car for a market that insisted no one wanted an electric vehicle anyway. The struggle lingered through the 2008 financial crisis, as proper automakers nearly went out of business and Tesla had to plead with Uncle Sam for a loan amid the ensuing financial chaos to keep its quixotic dream alive.

A decade later, it’s here pumping out hundreds of thousands of cars that are among the safest, fastest, most advanced and desirable vehicles ever made. Most of the auto industry is now trying to mimic it and discovering that’s not easy to do.

Among Tesla founders, Straubel was the only one who had thrown his entire life force behind the idea that cars needed to be more environmentally friendly. While at Stanford University, he created a custom major called energy systems and engineering to learn how to better control electricity and power electronics through software.

As I wrote in my biography on Musk, “There was no clean-technology movement at this time, but there were companies dabbling with new uses for solar power and electric vehicles. Straubel ended up hunting down these startups, hanging out in their garages and pestering the engineers.” He also worked on vehicles for Stanford’s solar car team and then bought a junkyard Porsche for $1,600 and converted it into an electric car. After college, Straubel took a job at Rosen Motors, one of the first makers of a hybrid vehicle, and did electronics consulting on the side to help pay bills.

About 2002, Straubel became convinced that the lithium-ion batteries being used in laptops and other consumer electronics had improved to the point that someone could build a car based on the technology. He began making the rounds in Silicon Valley, trying to persuade his old friends at Stanford, or anyone else who would listen, to help bring this vehicle to life.

No one bit, until fate intervened and led Straubel to Musk in 2003, when they met for lunch in Los Angeles near the headquarters of Musk’s rocket company, Space Exploration Technologies Corp.

Around the same time, two other entrepreneurs, Martin Eberhard and Marc Tarpenning, were having similar revelations around what electric vehicles could become. Eventually, all four men would join forces to bring Tesla into existence. (Eberhard and Tarpenning would depart by 2008, as disputes arose over how the company had been managed and as Musk exerted more control.)

Tesla never would have achieved all that it has if Musk had not been willing to commit his money, drive and grand vision to the company. Likewise, Straubel’s knowledge of electric vehicles and his almost religious zeal for them helped guide Tesla during its early days and kept the company together during some of its most trying times. They’re the two constants that have fueled Tesla’s wild journey.

The departure of Straubel, more so than the arrival of any new model of car or corporate merger, marks a new era for Tesla and for him.

“It has been a really tough decision because I feel like I’m letting a lot of people down,” Straubel said. “But, also, you have to live life. I love inventing and creating and building things and am at peace knowing that about myself and wanting to reorient my life. I’m decompressing for a bit and having a little break, but I will have more to say in a few weeks.”

Straubel made a pact with Musk — not unlike ones made by a handful of early SpaceX employees — that has led to enormous achievements. Musk asks the world of those closest to him, in terms of their time, abilities and their willingness to endure his intense, often combative ways. Some people are up to the challenge. Many are not. Straubel certainly was. He has the scars and the vast riches to prove it. He has reaped about $30 million from stock sales just in the last nine months. He has also seen his once-wild ideas become real in the most glorious of ways, which is the ultimate benefit of working with Musk and everything that he helps make possible.

The real founding story of Tesla comes with so much enmity and baggage that it could never be one of those clean-cut, two-people-in-a-garage Silicon Valley tales. And Musk has become a larger-than-life figure on a level that does not allow all that much light to shine on those around him. But Straubel very much was the Woz to Musk’s Jobs, and so many of the great parts of Tesla emanated from the spirit of that kid playing with batteries in his backyard.