San Diego County Republicans try to regain their footing as they look to 2020. 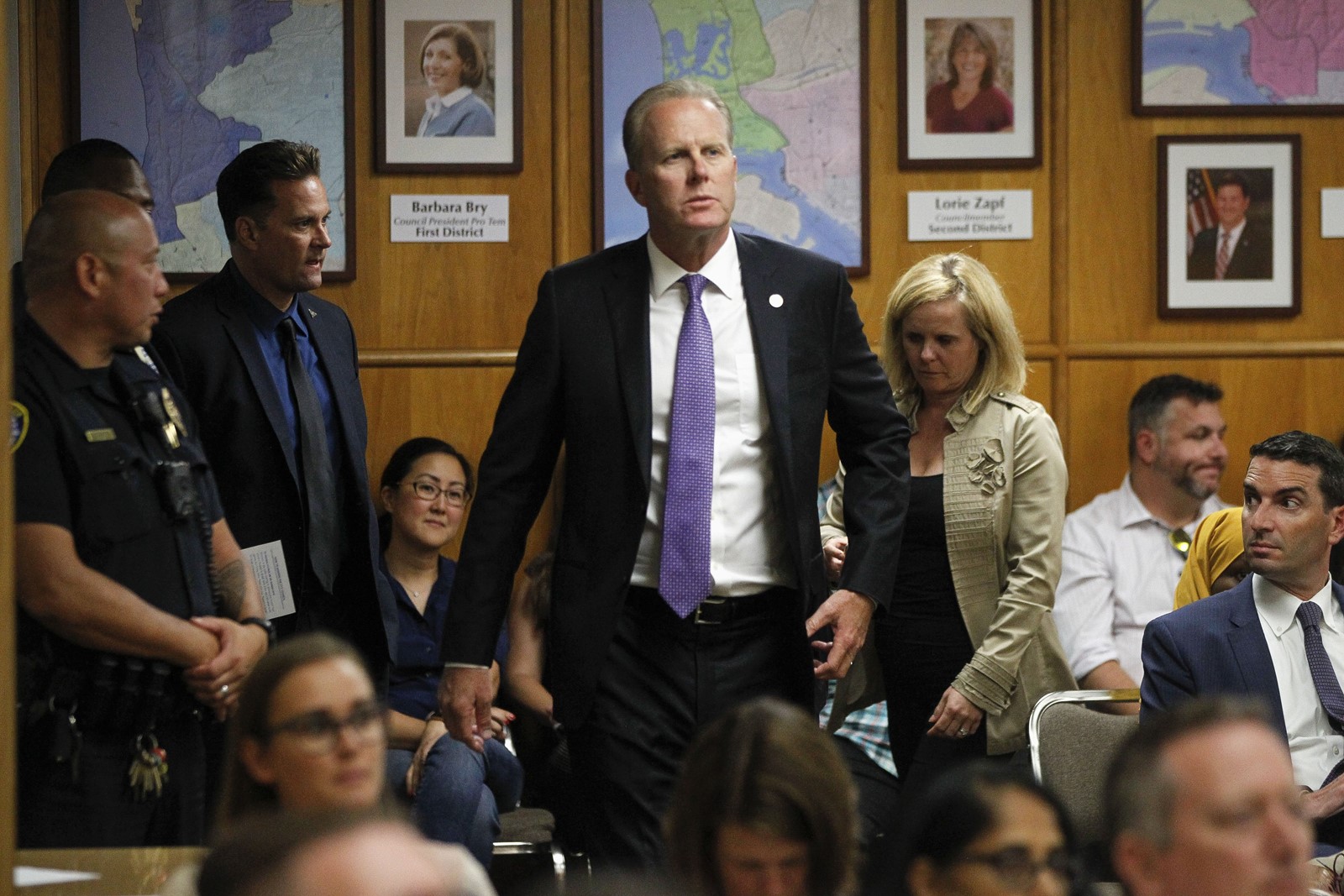 IN A CITY with dominant Democratic voter registration, San Diego has a Republican mayor, Kevin Faul- coner, who was voted into office in a 2014 special election with a small turnout that gave the GOP an edge. (Hayne Palmour IV San Diego Union-Tribune)
PREVIOUS IMAGE

Some Republican leaders like to say that political trends always shift.

One even noted that during his lifetime, Democrats once dominated in Southern states and Republicans controlled much of the Northeast. The reverse is true now.

In San Diego County, the once-dominant Republican Party is on the wane and reversing its fortunes will take some doing. This was a bad year for the area GOP, and 2020 could be worse.

The party is struggling to regain its footing against political and demographic headwinds that may blow even stronger for Democrats in the next election cycle.

Negative sentiment against President Trump certainly hurt the GOP in races at all levels throughout the county in 2018. But that may have only expedited eventual Democratic gains, which also have been fueled by the growth of independent voters who often vote Democratic.

The Democratic Party has experienced success, but its influence may be stunted in San Diego County because of unusual circumstances. Despite the dominant Democratic voter registration in San Diego, the city has a Republican mayor. But Kevin Faulconer was initially voted into office during a 2014 special mayoral election, a small-turnout affair that gave the Republican advantages.

Candidates matter, however, and some of Faulconer’s moderate sensibilities — his positions on the environment and border relations, for example — fit the region. Democrats helped him by getting behind then-City Councilman David Alvarez, who turned out to be a weak candidate.

The 2020 race to replace the termed-out mayor will be dominated by big-name Democrats. At the moment, no major Republican is making public moves to run.

The fifth board member, Republican Kristin Gaspar, narrowly defeated a scandalized, one-term Democratic incumbent in 2016. Her north coast district is clearly a Democratic target in 2020.

Nathan Fletcher, who was elected this year to replace termed-out Supervisor Ron Roberts in central San Diego, may well be the leading edge of a 3-2 Democratic takeover of the board when the last votes are counted two years from now.

This isn’t to say that GOP success in these areas was artificial, but the circumstances might chip away at the notion that Republicans, as some leaders suggest, have a proven ability to win in Democratic areas.

In the Republican-held but increasingly Democratic 49th Congressional District, the party this year backed state Board of Equalization member Diane Harkey, only to see her defeated by Democrat Mike Levin.

In the last open, regularly scheduled mayoral election in 2012, the GOP endorsed City Councilman Carl DeMaio over Fletcher, then a Republican; ultimately, the race was won by Democrat Bob Filner.

Tony Krvaric, San Diego County GOP chairman, said in an email that the party’s goal is to “recruit candidates who best match the makeup and values of the district in which they are running.”

Looking forward, he also said he believed Republicans have a better chance to match the turnout of Democrats in 2020 than they did this year, which he suggested was an outlier.

As Republicans digest the effects of the Democratic blue wave, postmortems by party leaders here and across the country stretch from denial and wishful thinking to sober assessments that things must change.

Some blame voting laws fashioned by Democrats, while others point to media reports of friction among Democrats that suggest the party could self-immolate.

Ron Nehring, former chair of the San Diego and California Republican parties, has been all over social media telling Republicans to knock it off. The former is just an excuse, he said, and the latter simply won’t happen.

“Don’t kid yourself. The ‘Democrats’ civil war!’ is a media narrative. GOP primaries in ’16 were worst ever, and party won it all in November,” he said on Twitter. “Political parties always — ALWAYS — come back together after the primaries are over. By August 2020, expect Dems to be unified.”

Nehring and California Republican Party Chairman Jim Brulte consider the biggest problem to be the GOP’s inability to adapt to demographic changes.

“Our party and our candidates have yet to figure out how to consistently attract support from Hispanics and Asians,” Brulte said in a column published by the Hill.

Krvaric agreed that more must be done but criticized the way he believes the opposition courts minorities.

“Unlike Democrats who pander to voters depending on their background or gender, Republicans see all Americans as equals,” Krvaric said. “We definitely need to do a better job of reaching more voters as Democrats take many of them for granted and our policies are superior; school choice, lower gas taxes, and efficient government being just a few.”

Krvaric recently stated that among the 831 elected officials in San Diego County, there are almost twice as many Republicans as Democrats.

He later acknowledged the obvious: Republican numbers were better before the November election.