Methamphetamine and fentanyl were discovered in a semitrailer at Otay Mesa border crossing. 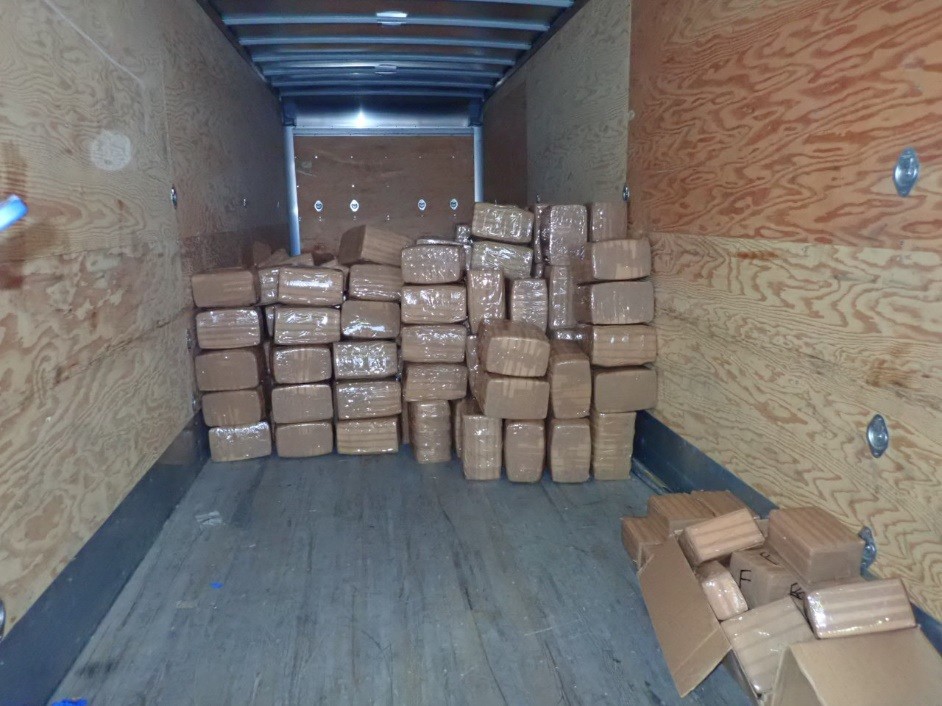 FEDERAL authorities said the methamphetamine seen here, found in a semitrailer that crossed the border at Otay Mesa, weighed more than 5,528 pounds. ( Office of the U.S. Attorney for the Southern District of California)
PREVIOUS IMAGE

Federal authorities made what they called one of the largest methamphetamine busts in U.S. history last week, finding more than 5,528 pounds of the drug inside a semitrailer that crossed from Mexico at the Otay Mesa Port of Entry in San Diego.

Agents also found more than 127 pounds of fentanyl inside the commercial truck, which had California license plates and was being driven by a Mexican citizen, authorities said.

The driver, Carlos Gerardo Symonds Saavedra, was charged Friday with two federal felony counts of importing controlled substances into the U.S. Each count carries a minimum sentence of 10 years in prison and a maximum of life imprisonment.

“This is believed to be one of the largest methamphetamine seizures in the nation’s history,” officials from the office of the U.S. attorney for the Southern District of California said in a news release Friday night.

Last October, authorities found about 3,000 pounds of methamphetamine in a semitrailer at the same port of entry. At the time, a U.S. Customs and Border Protection spokesperson said it was the second-largest bust ever, behind only a 5,000-pound seizure in December 2019 in Laredo, Texas.

According to a criminal complaint filed by federal prosecutors in Symonds Saavedra’s case, he drove the semitrailer through the Otay Mesa cargo entry lanes around 5:30 p.m. Thursday, presenting paperwork that stated he was hauling plastic parts.

A computer-generated alert system prompted customs officers to refer the truck to a secondary inspection area, where an X-ray machine detected anomalous packages mixed in with the plastic parts, according to the complaint. A drug-sniffing dog also zeroed in on the trailer, in which customs officers found several suspected packages of drugs.

Officers tested the contents of one of the packages and confirmed their suspicions, according to the complaint.

But rather than unloading the trailer and detaining the driver, special agents from the Department of Homeland Security’s investigative arm installed a GPS tracking device and allowed Symonds Saavedra to drive away, according to a statement of facts written by one of the agents.

With the Homeland Security Investigations agents following and surveilling the truck, Symonds Saavedra allegedly drove to a private commercial parking lot, where he parked and placed the keys under the hood. Agents apprehended him as he walked away.

After his arrest, he allegedly admitted that he had agreed to smuggle the methamphetamine and fentanyl across the border for a payment.

It wasn’t until then, after 10 p.m. Thursday, that the agents fully searched the trailer, discovering the huge load of methamphetamine and the fentanyl.