Mueller inquiry is forcing the president to adjust his positions on Russian meddling. 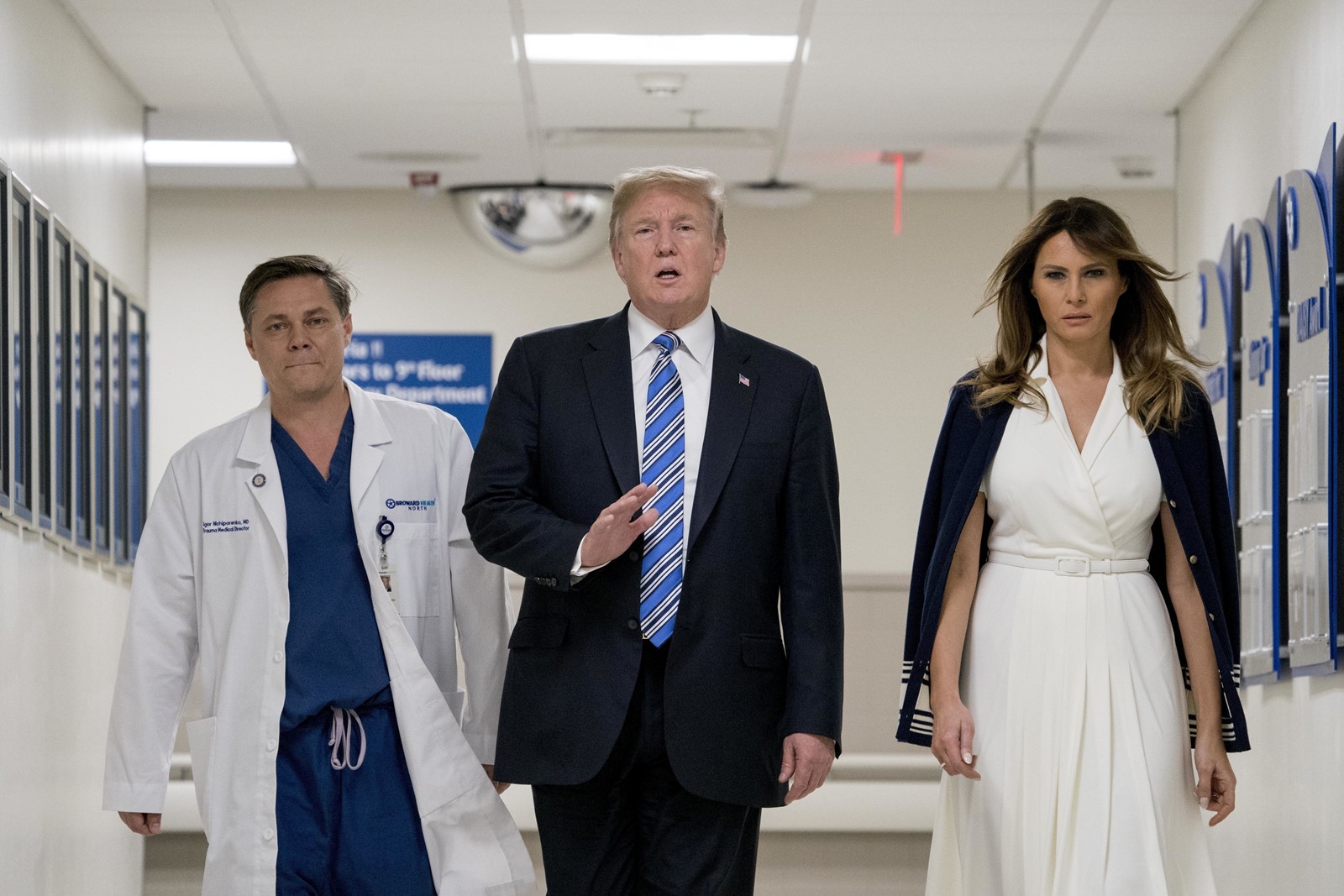 Before Friday, when special counsel Robert S. Mueller III handed down a damning indictment against Russians for 2016 election meddling, it was much easier for President Trump to dismiss the entire inquiry as a Democratic hoax and witch hunt.

Trump had long sought to discredit claims of Russian interference, suggest-ing that email hacks of the Democratic National Committee might instead have been the Chinese, North Korea or a even a hacker sitting in his bedroom.

But Mueller’s steady, relentless investigation is complicating Trump’s efforts to spin the Russia debate, cutting off some of his favorite lines of defense and forcing him to adjust his attacks.

Those difficulties were apparent in a series of 15 tweets over a 19-hour period late Saturday and early Sunday — an unusual outburst for even this president. In one, Trump attempted to conflate the Mueller inquiry with the FBI’s failure to act on warnings about the Florida school massacre shooter.

Trump tweeted that it was “very sad” that the FBI missed clues from accused gunman Nikolas Cruz because, in his view, the agency was preoccupied with the Russia investigation. He provided no evidence to back up the assertion, and critics said the assertion was baseless.

“This is not acceptable,” Trump tweeted from his Mar-a-Lago resort in Florida. “They are spending too much time trying to prove Russian collusion with the Trump campaign — there is no collusion. Get back to the basics and make us all proud!”

In other tweets, Trump seemed to be scrambling to rewrite his past statements and parse his positions — acknowledging Russian meddling, but insisting, without evidence, it didn’t affect the outcome of the presidential race or include any collusion with his campaign.

“I never said Russia did not meddle in the election,” Trump claimed, ignoring his own repeated past assertions.

Later, he tweeted that Russians “are laughing their asses off in Moscow” because they had “succeeded beyond their wildest dreams” in sowing discord in the U.S.

In doing do, Trump seemed to again acknowledge Russian interference, but suggested that U.S. actions to investigate the activity were weakening the nation.

The indictment handed down by Mueller accused 13 Russians and three Russian companies of orchestrating an elaborate, secret campaign using social media to undermine the Hillary Clinton candidacy while promoting Trump.

In addition to forcing Trump into some untenable positions, the latest indictments also make it much more difficult for Trump to shut down the investigation as a waste of time or money, by firing Mueller or Deputy Atty. Gen. Rod Rosenstein, as some reporting has suggested the president has wanted to do.

And it raises new questions about Trump’s steadfast refusal to take any action against Russia as a result of the meddling. Since before taking office, he has refused to criticize President Vladimir Putin or fully enact sanctions against Russia that were approved almost unanimously by Congress as punishment for its interference.

All major U.S. intelligence agencies are warning that Russians will interfere in the upcoming midterm vote.

Instead of focusing on Mueller’s findings about how Russians interfered in the election, Trump has emphasized that the indictments Friday did not specifically target his campaign for criminal wrongdoing.

“This is a president who claims vindication any time someone sneezes,” Rep. Adam B. Schiff (D-Burbank), ranking member of the House Intelligence Committee that is also investigating Russian activities, said Sunday on CNN.

Trump also took a swipe at his own national security advisor, H.R. McMaster, who on Saturday said the indictment proved that Russian meddling was beyond dispute.

“General McMaster forgot to say that the results of the 2016 election were not impacted or changed by the Russians,” Trump tweeted, before launching into his familiar accusation that it was actually Clinton who colluded with the Russians.

McMaster spoke at an international security conference in Munich, Germany, which was also attended by senior Russian officials, who scoffed at the Mueller indictment as “blabber” and fantasy — a characterization repeated by Trump surrogates on Fox News Channel on Sunday morning.

Meanwhile, Republican Gov. John Kasich of Ohio, a frequent critic of Trump, said Sunday that although the FBI made a “terrible mistake” in dropping the ball on Cruz, it was “absurd” to link that to the Russian investigation. He was speaking on CNN’s “State of the Union.”

Numerous Republican and Democratic lawmakers spoke out Sunday to criticize Trump for mixing the issues and for continuing to fail to address the core problem of Russian meddling.

“They’re going to try it again,” Rep. Trey Gowdy (R-S.C.) said on CBS News’ “Face the Nation,” referring to Russian operatives. “Russia is not our friend,” he added, saying that the government of Putin is “trying to subvert our democracy.”

“Americans — not Democrats or Republicans — are the victims,” Gowdy said.

Putin “is not going to stop until we stop him,” Sen. Chris Coons (D-Del.) said on the same program.

Coons called for a wider offensive against Russian meddling that involves not only Congress but also European allies who have found Moscow attempting to tamper with their elections. He lamented a lack of leadership at the top.

“Why is President Trump failing to act to protect our democracy?” he said.

Conservative Sen. Tim Scott (R-S.C.) was more supportive of Trump, suggesting the still-uncompleted Mueller investigation has not revealed evidence that the outcome of the 2016 election was changed by the Russian efforts.

But, he added, “there’s no question Russians have done all they can to meddle in our elections.”

“This just seems to be another attempt by President Trump to distract the public from the serious Russian threat to U.S. elections and to undermine the Mueller probe and the FBI,” Carl Tobias, a professor at the University of Richmond Law School, said in an email. “His comment also apparently is an effort to capitalize on a tragedy rather than do the hard work of finding effective remedies for gun violence.”