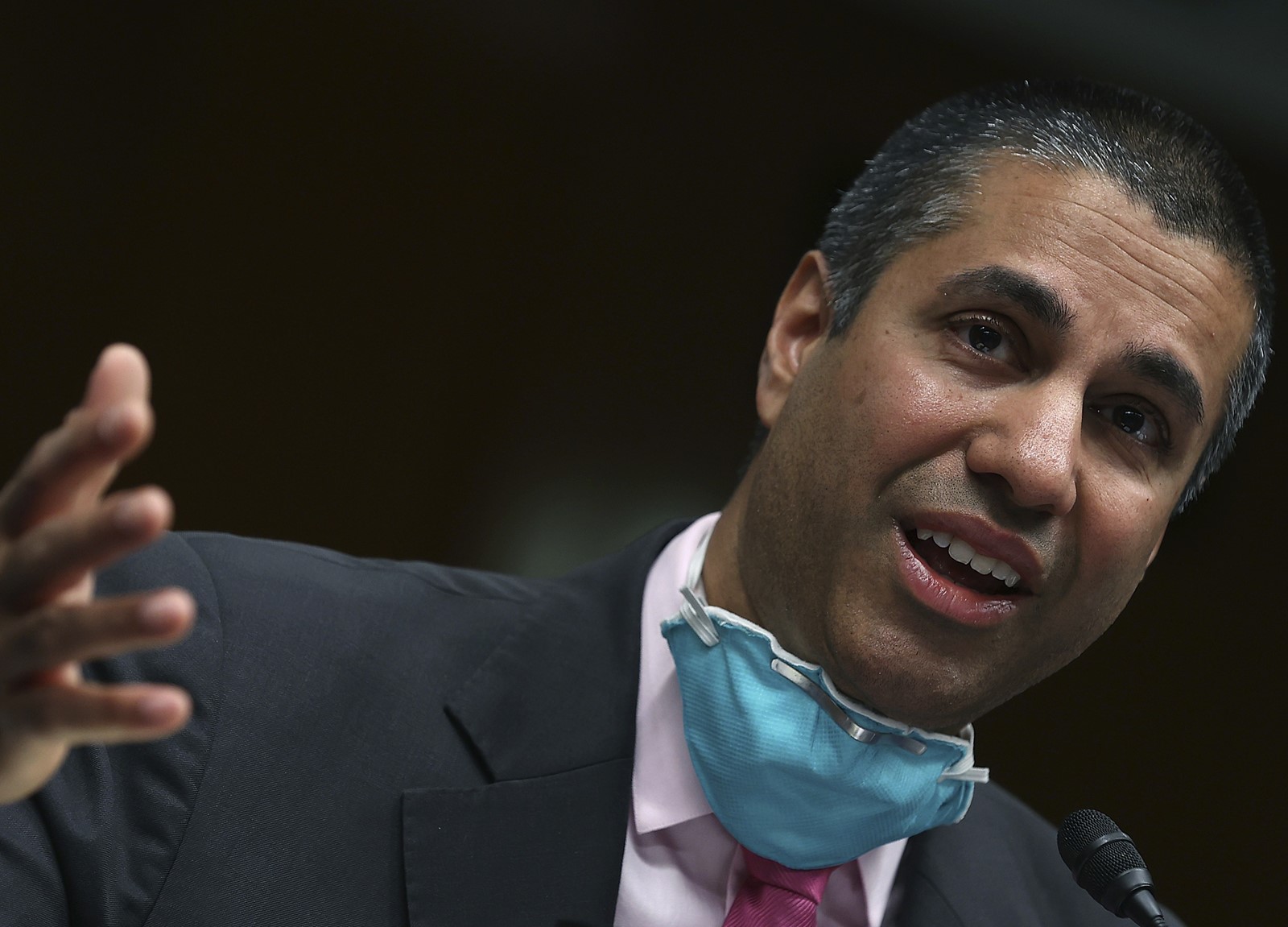 The Federal Communications Commission has run low on time to adopt an order trimming a liability shield for social media companies, leaving the fate of a request from President Trump in doubt.

Republican FCC Chairman Ajit Pai let slip a Wednesday deadline for setting a vote on the proposal at the next monthly meeting of the agency, which is scheduled for Jan. 13 and is the last before he leaves the commission a week later.

“It appears he has run out of calendar,” said Michael O’Rielly, a former Republican FCC member whose nomination to another term was withdrawn by the White House after O’Rielly voiced doubts about the measure.

FCC proposals not adopted at meetings can be passed with a vote by commissioners behind closed doors. But FCC Democrats oppose the measure and could kill it by delaying the process past the Jan. 20 inauguration of President-elect Joe Biden.

Pai has said little about the topic since Oct. 15 when he announced he planned to move forward with a rule making on the legal shield, contained in Section 230 of the Communications Decency Act. Will Wiquist, an FCC spokesman, declined Wednesday to comment on the matter.

The Commerce Department, prompted by a Trump order, asked the FCC to offer an interpretation of Section 230 that critics said would leave Facebook, Twitter and others more vulnerable to litigation for moderating the posts of users.

Pai has a three-member Republican majority until he leaves. He could call a special meeting or simply have FCC staff issue an order, said Andrew Jay Schwartzman of the Benton Institute for Broadband & Society.

An order without a vote by the commissioners wouldn’t carry as much weight before courts as language adopted by a vote, but “even a full FCC declaration might not be given too much weight,” Schwartzman said in an email.

Pai has said he will leave the FCC on Jan. 20. That would leave the FCC at a 2-to-2 partisan deadlock until the Senate confirms another member selected by Biden.

In the meantime, Biden will be able to designate one of the sitting Democrats as chair with control of the agency’s agenda.

“I don’t see the incentive for [Pai] to do anything at this moment,” said Gigi Sohn, a former Democratic FCC aide. “Is anybody screaming and yelling at this point? Why bother?”

The president and others on the right have long accused social media platforms of censoring conservatives, something that the technology giants deny.