A broad canvas for friendship

Artists Nancy Buchanan and Barbara T. Smith reflect on camaraderie, show with a late colleague at the Armory 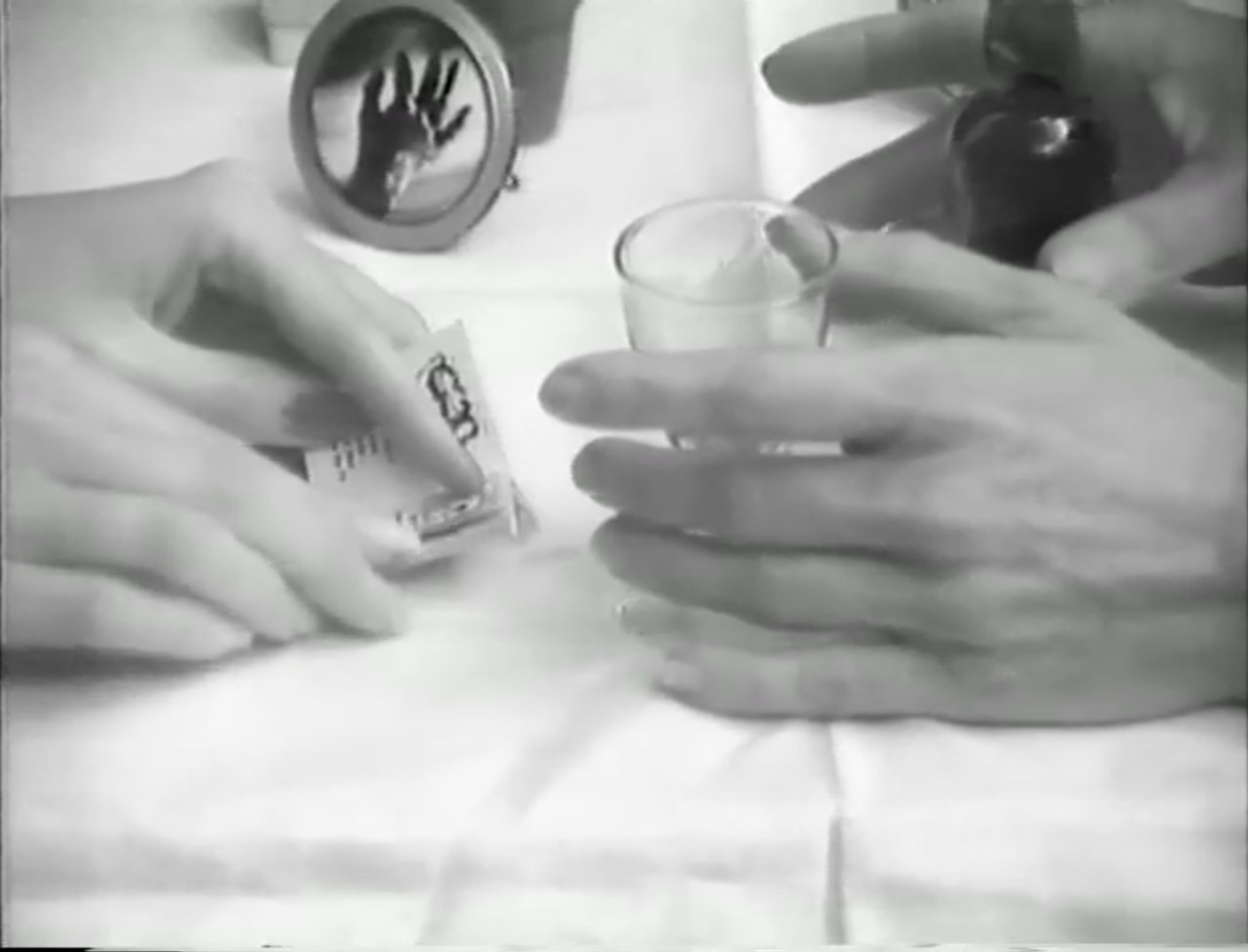 THE WORK of Nancy Buchanan, top, in the 1975 performance “Kiss a Spot Forbidden”; Barbara T. Smith, above, in a video she did with Buchanan, “With Love from A to B” (1976); and the late Marcia Hafif are the focus of “how we are in time and space” at the Armory Center for the Arts. (Nancy Buchanan Charlie James Gallery) HAFIF’S 2002 sculpture “The Oval House” is a dwelling for solitary contemplation. (Fredrik Nilsen) 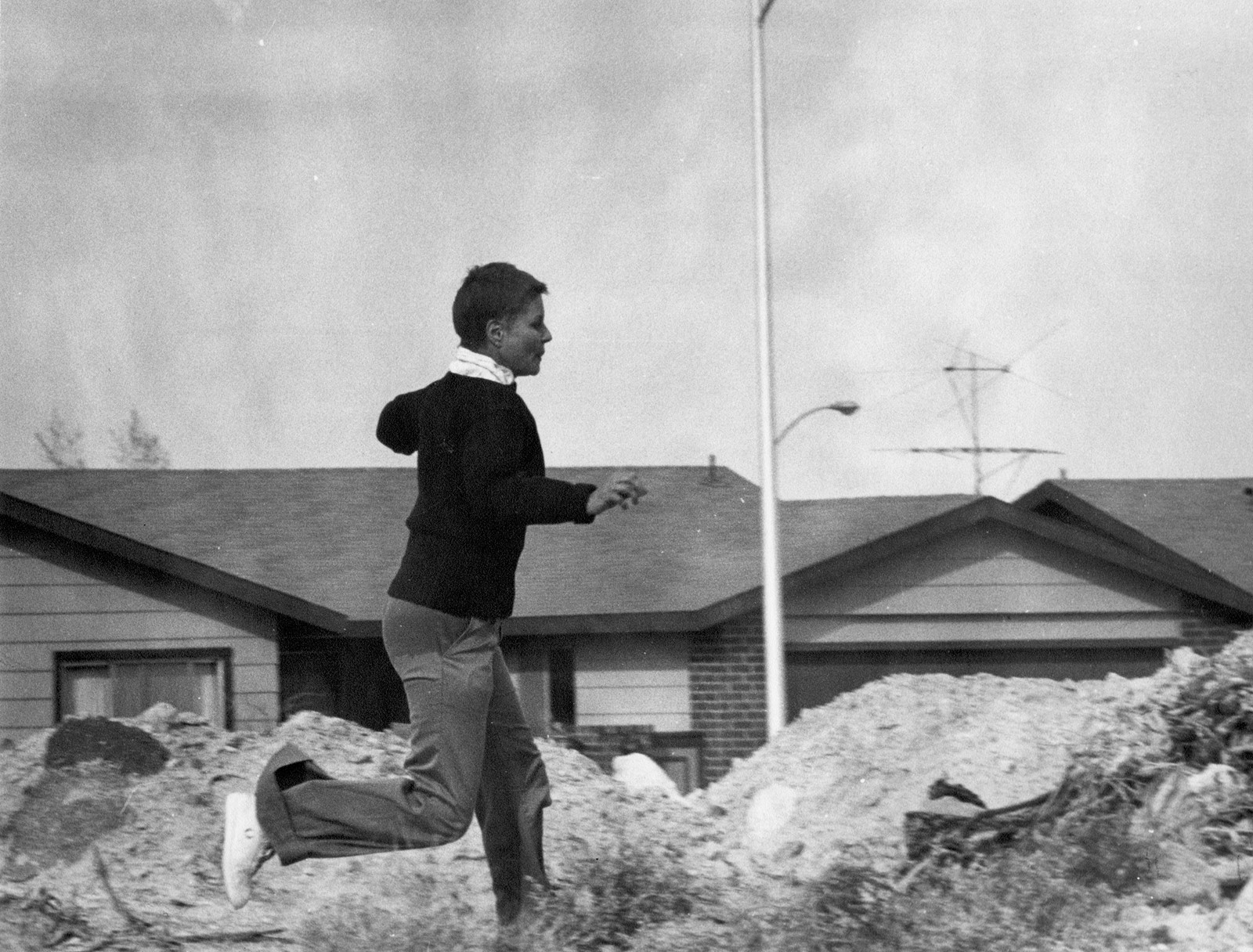 he 1969 inaugural MFA program class at UC Irvine was small, likely no more than 12 people. Three of its students — Barbara T. Smith, Nancy Buchanan and Marcia Hafif —were all divorced, single mothers defying gender expectations while pursuing careers in art. There they formed what would become a decades-long friendship fueled by conceptual art, camaraderie in the feminist art movement of the time and forging supportive art opportunities for one another.

The women went on to become seminal artists in the late ’60s and ’70s Southern California scene, part of a group that included Chris Burden, Paul McCarthy, Larry Bell and Robert Irwin. They’re each known for their probing and pioneering bodies of work, Hafif primarily in painting and Smith and Buchanan in performance, video, text-based works and installations.

A new exhibition at the Armory Center for the Arts, “how we are in time and space: Nancy Buchanan, Marcia Hafif, and Barbara T. Smith” explores the deep, storied intersections between the artists and their work, unearthing like-minded creative impulses as well as points of divergence.The historical survey, organized by guest curator Michael Ned Holte, highlights their friendship and includes drawing, photography, collage and video, along with documentation from performances and architectural proposals created over more than 50 years.

Presenting half a century of work by three particularly prolific artistswas a challenge, Holte says. He focused on three recurring themes in the work — bodies, communication and dwelling — as a through line.

One of Buchanan’s earlyworks, “Twin Corners,” is composed of a photo, from 1975, of the artist’s bottom half, upside down and naked; it also includes a sculpture of metal shavings resembling a pubic mound.

Smith’s “St. Marten: Paragraph,” a 1990 plywood wall hanging, features shells the artist found on a Caribbean beach. The shell configurations stand in for words or phrases, forming a language that toys with meaning.

Hafif’s 2002 sculpture “The Oval House” is a cream-colored, cloth architectural model with rounded rooms and sewn-in beds. The minimal, idealistic space is a dwelling for solitary contemplation.

Ultimately, the depth and scope of the show is a testament to the artists’ enduring friendship as well as a lifelong commitment to art-making — and how that, in turn, influenced the greater artistic landscape.

“They’re all artists that should be better known than they are,” Holte says. “They’re deeply California-defining artists of that time period.”

In this edited conversation, Buchanan, 75, and Smith, 90, spoke with The Times about their friendship with each other and with Hafif, who died in 2018, as well as about art and their early days.

No. But I think I was very conscious — that was the evolution of this piece I made in [McCarthy’s magazine] Criss Cross Double Cross called “Wolfwoman” — I was very aware, always, that there were certainly a lot of men that were much more visible than women artists.

I also was kind of vaguely aware of it, that there was some kind of difference in expectations and options for women than men. But it didn’t really occur to me. I guess it was true, but we just burst out doing our work.

I babysat for Page, Nancy’s son.

When Marcia was making her movie, “Notes on Bob and Nancy” — she’d moved to Claremont — she’d come and stay with us and she’d bring her son, Peter, and he’d hang out with my son, Page. And I often saw Barbara’s son, Rick. But other than that, we were all just pretty serious about trying to make our work. It was like, “This is our life, and we just do the best we can.”

I agree. We were focused on what we were doing as graduate students.

One of the really important things was opening up opportunities for one another. Barbara and I joined the Woman’s Building together [a nonprofit cultural hub founded by Judy Chicago, Arlene Raven and Sheila de Bretteville]. That was in 1974, fairly soon after we completed graduate school. Judyinvited Barbara to join, and Barbara invited me to split the membership. It was pretty cheap, like $100, but what you got in return was a show every year. There’s a video in the[Armory] exhibition called “Please Sing Along,” and that was a performance I did there. It was actually my first performance work.

Marcia lived in Laguna not far from where I did, and I still remember — because I was stunned by it, I thought it was so brilliant — I visited her one time and she had been using a pencil to fill in the shadow on the wall from the curtains by her window as the light moved. I found it so amazing that she would think to do that, track the light that way.

Those two guys were in Laguna, and I was way off in Costa Mesa, miles away, so we didn’t happen to see each other very often. It was more like the innovative nature of Nancy’s work, or some of the others, Chris [Burden], would provoke me to not get lazy. It’s sort of like you’re playing tennis. You hit a ball to that person and — whoa — you’re hitting it back and forth and playing a game together.

I did not, and do not, consider myself a feminist. My work has feminist importance. I just think of myself as a feminist artist.

I think I was enlightened by joining the Woman’s Building. I really got a lot out of that experience. Because we all would get together and talk about one another’s work. [Later] there was a group of us who wanted not to just show our own work, but we wanted to do events and support women artists out in the community. So we formed a new coalition called Double X, and it was designated as a feminist entity.

When I was an undergraduate, I studied with Vija Celmins and definitely was inspired by her. After that, I got involved with video, and there were video artists like Celia [then Sally] Shapiro who were doing really interesting things.

Mary Beth Edelson, Carolee Schneemann, Yvonne Rainer. I got to know all of them. Yvonne Rainer influenced me quite a bit. I saw an early performance she did here in L.A. and there was music in it, a pop song, and she did this dance; but the weird thing is, she didn’t do the movement related to the music. She was just moving. I thought that was brilliant to disengage the dance moves from the dance music.

In terms of seeing something that I haven’t seen for a long time, there are three color drawings that are so weird. I was thinking, “OK, what would it look like to draw how you say the word ‘That.’ ” I’d forgotten I’d done those.

There’s a video of Marcia’s I’m really excited to see and some of the work in the vitrine of Barbara’s I’m not familiar with.

I hadn’t seen Nancy’s [miniature mansion] with a tiny, little video in there. It’s so different than some of her other work, and I’m thinking, “What’s the commonality? How does this relate to her other work?” She’s very precise in how she works, and detailed, and it would take that kind of mentality to make that mansion space.

I’d say that I am in constant awe of her work, of her meticulous craft and focus. It’s almost like a life of meditation involved with that work.

That is perfectly encapsulating.

Her exploration of color and pigment and the size and shapes of her framed pieces. Her lifestyle was very much like her work. She cooked lovely, almost Zen meals. She was just this really lovely person; I loved her a lot.

And also her intellectual curiosity about so many different things and traditions. It might seem like she always did the same thing, but no, she did a million different things. She was amazing.

For me, it was the encouragement to not be afraid to do a lot of different things. That’s been the trajectory of my career. I didn’t just stay in one field, ever, and I don’t want to.

Just to have the three of us as really focused, serious women artists was very significant. Because it gave a sense of depth and implicit support that was there.