A change in media protocol

A new Trump administration directive tightens rules for federal scientists talking to reporters; some worry about a chilling effect 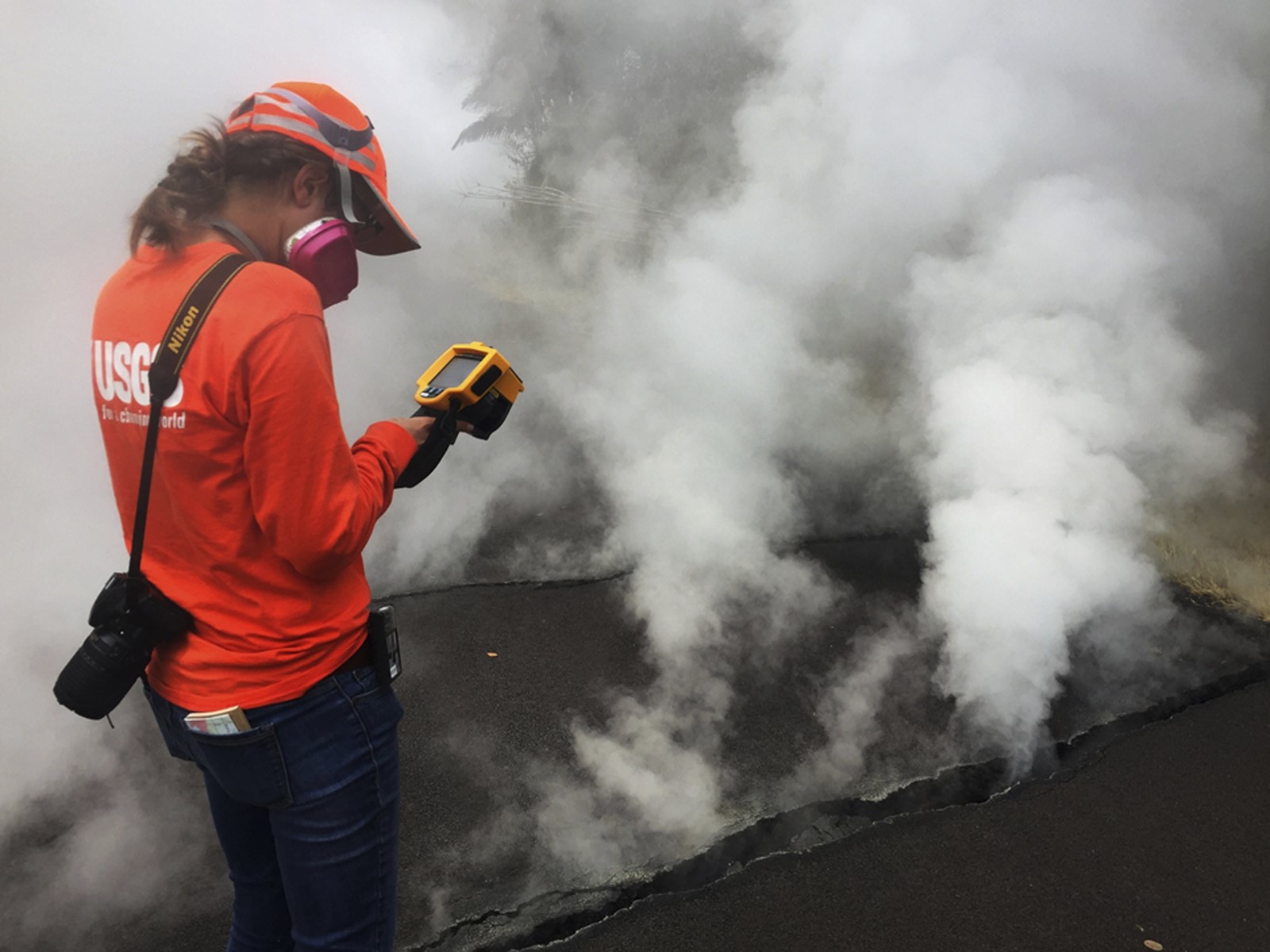 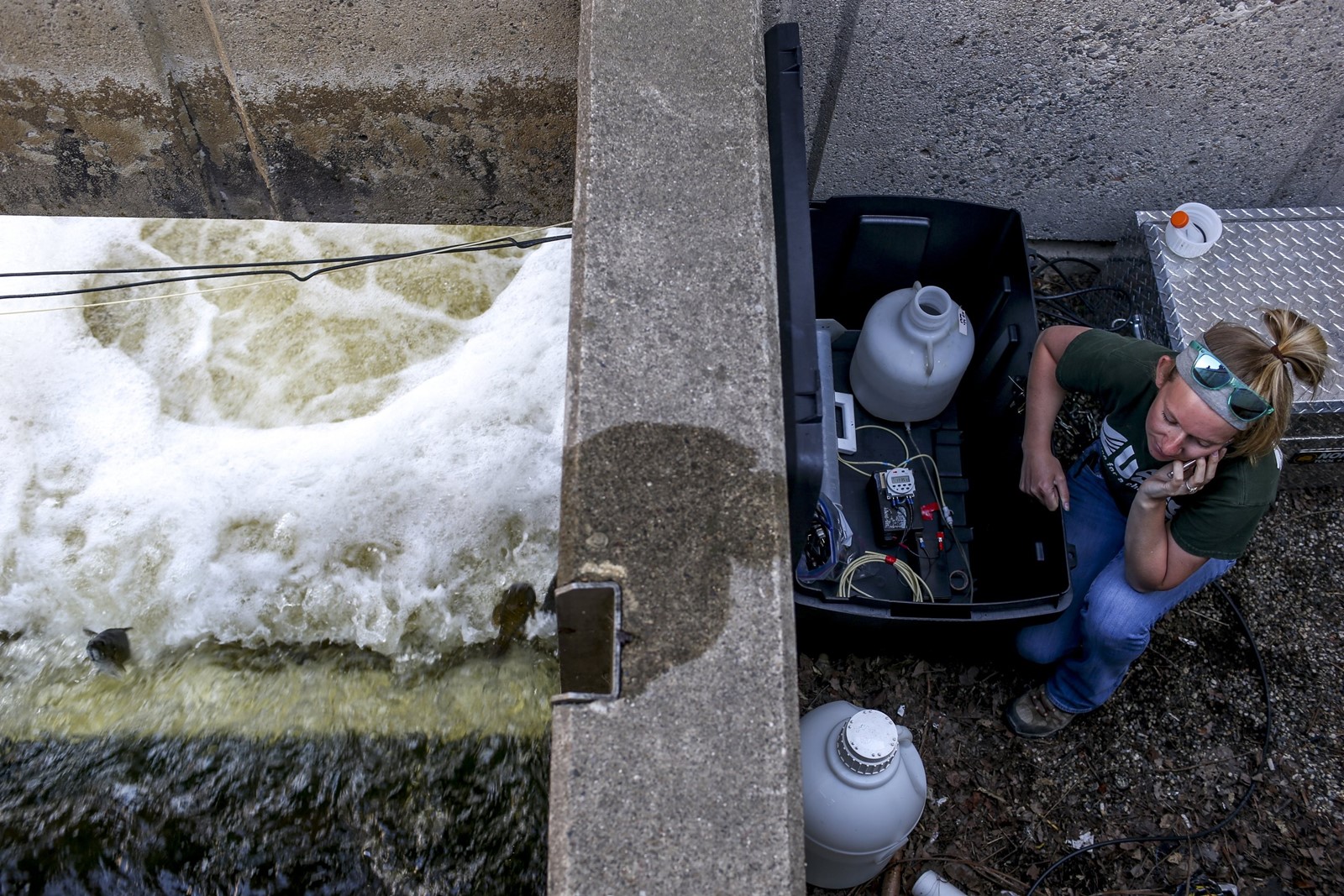 RESEARCHERS from the USGS check the levels of sea lamprey pheromone in traps being used as a part of a study of the eel-like parasite’s population in the Grand River in Michigan. (Henry Taylor Grand Rapids Press)
PREVIOUS IMAGE

A new directive from the Trump administration instructs federal scientists with the U.S. Geological Survey to get approval from its parent agency before agreeing to most interview requests from reporters, according to employees and emails from officials with the Department of the Interior and the USGS.

USGS employees who spoke with The Times on condition of anonymity because they were unauthorized to do so say the new protocol represents a dramatic change in decades of past media practices at the agency and will interfere with scientists’ ability to quickly respond to reporters’ questions. They expected that taxpayers would see less of the USGS’ scientific expertise as reporters seek scientific comment elsewhere.

The new protocol also permits the Department of the Interior’s communications office to reject interview requests on scientific matters.

A deputy press secretary for the Department of the Interior, Faith Vander Voort, wrote in an email that “the characterization that there is any new policy or that it for some reason targets scientists is completely false.”

She said the Department of the Interior’s communications office “simply asked” the USGS public affairs office to follow media guidelines published in 2012 during the Obama administration. Vander Voort did not answer a question as to what prompted the change in media protocol.

The 10-page media manual says that the Department of the Interior’s communications office “must be notified” ahead of media interviews that “may generate significant news coverage, public interest or inquiry.” The manual, however, does not say that agency employees must get clearance or approval before responding to a reporter.

The manual also states that the department “supports a culture of openness with the news media and the public that values the free exchange of ideas, data and information.”

Documents reviewed by The Times show that the Department of the Interior’s press secretary, Heather Swift, on April 25 sent an email saying that the standard protocol is “that interviews with a national outlet — such as the Washington Post, Discovery, NYT, The Atlantic, CNN, etc. — go through approval. Additionally, topics that are either very controversial or that are likely to become a national story even if a regional reporter is asking (such as Houston Chronicle doing a story about an USGS employee discovering life on Mars) also go through approval.”

In a subsequent email, a USGS official said Swift “is in the position of clearing interview requests for all bureaus” within the Department of the Interior, which includes the USGS, the National Park Service, the Bureau of Land Management and the U.S. Fish and Wildlife Service.

The email listed questions to be answered that would help comply with Swift’s directions. Among them:

Include as much detail as possible. Ask the reporter what the gist of the questions will be.

Be specific. Include links to published studies if available.

Ask the reporter what the full scope of a story is. Be as specific as possible.

If the answer is “yes,” provide some background for context.

If the answer is “yes,” please provide some background for context.

A slide presentation later shown to USGS employees articulating the new protocol said exceptions can be made when timeliness is crucial to public health or safety.

The USGS is the nation’s leading scientific agency on natural resources and natural hazards such as earthquakes, volcanoes and landslides, and studies risks such as rising sea levels caused by climate change.

Current and former federal employees suggested the new protocols are an unwieldy attempt to control the voices of workers in the Department of the Interior, which employs some 70,000 people, including thousands of scientists at the top of their fields.

“This is really quite troubling.… In the 44 years I was with the agency, I was never required to go through anyone for authorization to speak with a reporter,” said William Ellsworth, former chief scientist of the USGS’ earthquake hazards team and now a professor of geophysics at Stanford University. “The USGS is a nonpolitical science agency.... These new roadblocks will not help them fulfill their mission.”

“You’re hamstringing the ability of the organization to listen to the needs of the public,” said Ross Stein, a USGS scientist emeritus and adjunct professor of geophysics at Stanford.

Kate Kelly, a former director of communications at the Department of the Interior during the Obama administration, said it’s a problem when political appointees are put in a position where they can require scientists to obtain approval before speaking to journalists.

“This policy, if it’s in fact being implemented as such, has a lot of concerning implications. It essentially gives political appointees veto power over science, scientists and information that the American people should have access to,” Kelly said. “That introduces questions about what scientists are able to say, and whether what they’re sharing is some mangled version of the truth.”

Some also expressed concern about how the work of federal scientists is being affected in the Trump administration. The Center for Investigative Reporting wrote about the deletion of every mention of humans causing climate change in a draft report for the National Park Service; the references were later restored. The Washington Post reported on the deletion from a USGS news release about the role climate change played in rising sea levels and reductions in the number of scientists allowed to attend key conferences where they can share their work and learn new things.

In an email, Vander Voort of the Department of the Interior said the agency’s budget is limited and it can only “afford to send people who have a meaningful role at the conference.”

“Furthermore, if taxpayer dollars are being spent to send someone to a conference, we’d like some degree of confidence that their attendance will advance the department’s priorities,” Vander Voort added.

Rep. Ken Calvert (R-Corona), chairman of the House appropriations subcommittee overseeing the Department of the Interior, expressed concern over the new media protocol.

“American taxpayers deserve to hear from our federal scientists. While I understand the need for coordination and the establishment of appropriate protocols, we must ensure there’s proper access to our federal scientists and the valuable work they do for our country,” Calvert said in a statement to The Times on Friday.

Calvert’s office will be seeking clarification on this process from the USGS and the Department of the Interior, said Jason Gagnon, a spokesman for the congressman.