Republicans have edge in nationwide redistricting 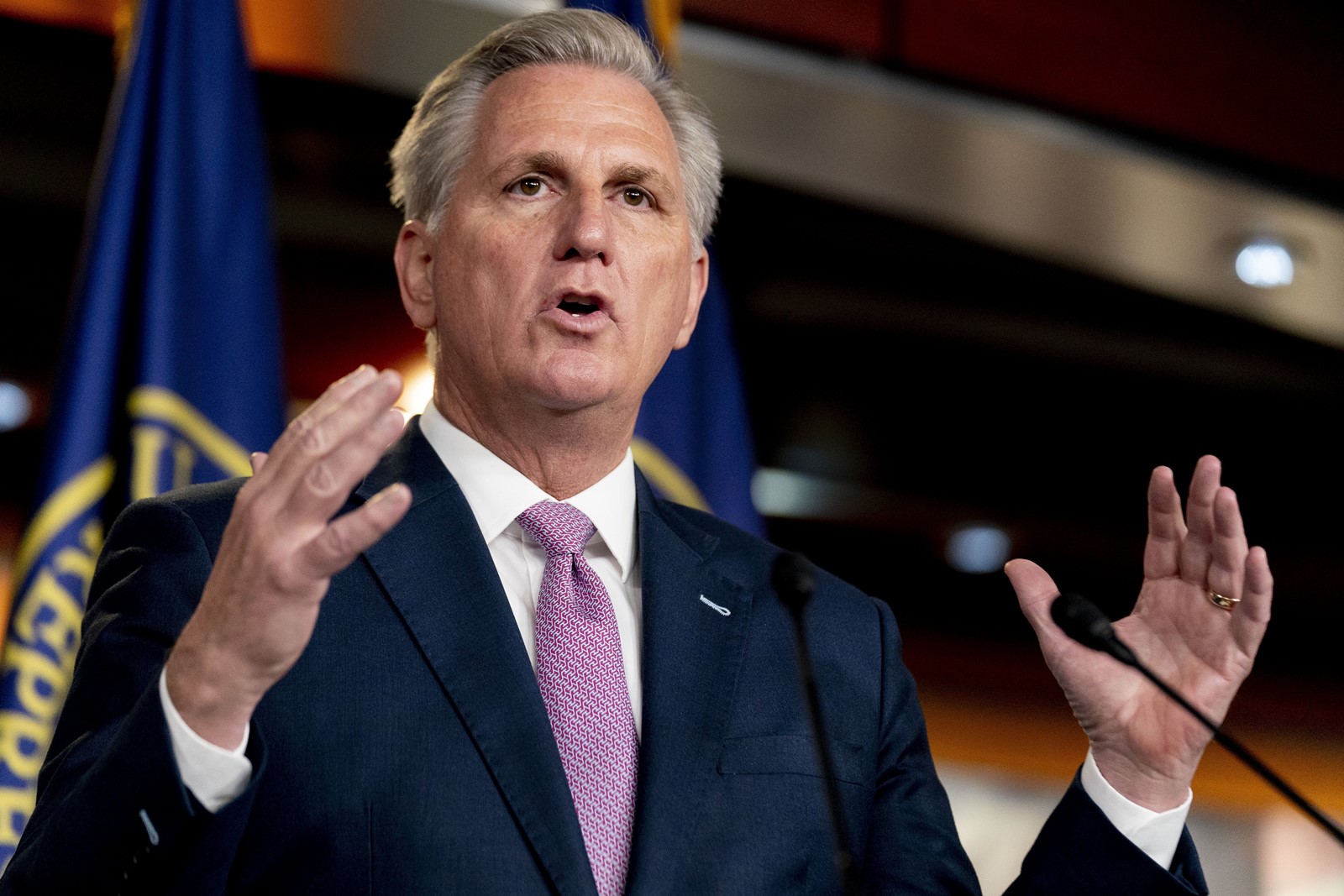 With the release of the Census Bureau’s count of state populations, the once-a-decade battle over redistricting is fully underway — and Democrats have a lot to worry about.

“We should think of the midterms as a fight to take back the House” because redistricting could wipe out the Democrats’ edge all by itself, said Steve Schale, the head of Unite the Country, a super PAC that backs President Biden.

Exactly how much risk Democrats face won’t be known until at least mid-August, when the Census Bureau is scheduled to release the detailed, block-by-block data that guides the drawing of district lines. For now, however, we can see the factors at play and identify key battlegrounds.

Moreover, even before the detailed census figures become available, Democrats’ fear that their House majority may be short-lived has had a big impact, spurring them to move quickly on their agenda.

The process of divvying up political power every 10 years always generates controversy; this round has seen more than normal.

Former President Trump tried to put a question about citizenship on the census form, leading to a lengthy court battle that he eventually lost.

Meantime, the COVID-19 pandemic complicated the already difficult task of counting every American and delayed until last week the release of state-by-state census numbers, which normally would have come out in December.

When the numbers showed that the population of the United States stood at 331,449,281 — reflecting the slowest population growth of any decade since the Great Depression of the 1930s — advocates immediately suspected a significant undercount.

Texas, Florida and Arizona each gained one less congressional district than many analysts had expected based on preliminary population projections. Texas wound up gaining two, Florida one and Arizona none. Unlike California and other Democratic-majority states, none of those three made major efforts to get residents to respond to the census last year.

Latinos, who have generated most of the population growth in those three states, would be among the groups most susceptible to an undercount. Advocates have accused Republicans of wanting to keep Latino numbers down, even if that meant their states would lose out on a congressional seat.

An undercount may have happened, but it isn’t the only possible explanation for how the numbers came out, said William Frey of Washington’s Brookings Institution, one of the country’s foremost demographic experts.

The census aims to measure the population as of April 20, 2020, Frey noted. The projections were done a few months later, during the summer, and might have been skewed by a sudden influx of people moving from New York to Florida and from California to Arizona during the initial wave of the pandemic, he said.

Evidence on whether an undercount happened will be clearer when detailed race and ethnicity numbers come out, he said. Until then, he added: “I will stay open-minded.”

For purposes of the partisan balance in Congress, however, the biggest question is not how many seats each state gets, but what happens within the states when the time comes to draw district lines, says Dave Wasserman, the redistricting expert at the nonpartisan Cook Political Report.

On that, Republicans have a significant edge because the GOP controls the process in a lot more states than Democrats do.

Republicans have full control of the process in 19 states, including Florida, Texas and North Carolina, three of the biggest redistricting prizes. In all, they’ll fully control the lines for 187 districts.

Democrats have full control in seven states, of which New York is the biggest, giving them control of 75 seats. The remaining states, with 173 seats, either use independent commissions, as California does, have split control, or in the case of seven small states, have only one representative.

Based on the aggressive gerrymanders they produced in 2010, Republicans in Texas and North Carolina, which also gained one seat, are likely to aim to maximize GOP majorities. (North Carolina has a Democratic governor, but the state’s constitution gives the Legislature full control over redistricting.)

The two biggest states with full Democratic control, New York and Illinois, each lost a seat with the new apportionment numbers. So did California, which lost a seat for the first time in its history as its rapid population growth cooled.

In New York and Illinois, Democrats may find ways to ensure that a Republican-held seat becomes the sacrifice. California’s independent commission doesn’t take partisanship into account, so its impact is unpredictable.

Wasserman ranks New York as the biggest wild card in the process.

In the last few redistricting cycles, the state Legislature was split between the parties and tried to protect incumbents from both sides. That has resulted in a congressional delegation with 19 Democrats and eight Republicans. This time around, however, with Democrats in full control, they could reduce the Republican number dramatically, perhaps to as few as three, Wasserman projects.

Factoring in the likely outcomes nationwide, Wasserman predicts redistricting could net the Republicans three to four seats. That would be almost all they need to hand the speaker’s gavel from Nancy Pelosi to Kevin McCarthy, the Bakersfield Republican who leads the House GOP.

Once five vacancies are filled by special elections later this year, the Democratic majority in the House is likely to be 222 to 213. That would mean Republicans would need to net five seats for a majority.

In the 40 midterm elections since the Civil War, the party in the White House has lost ground 37 times. The average loss is 33 seats, according to analyst Kyle Kondik.

Some Democrats believe the party can break that historical pattern.

They point to the last big exception to the rule — 2002, when Republicans gained eight seats and expanded their majority. That election, just over a year after the Sept. 11 terrorist attacks, came as President George W. Bush stood at peak popularity.

Democrats hopeful of victory in 2022 argue that the combination of the COVID-19 pandemic and the Jan. 6 attack on the Capitol have once again created a national trauma that will affect the elections. Biden’s ability to combat the pandemic, combined with strong economic growth, could make a political environment very favorable to him, they argue.

Democrats are united and enthusiastic about the midterm while Republicans are divided, said Democratic pollster and strategist Cornell Belcher.

“I think we just saw the Republican high tide” in November 2020, he said. “I’m going to be a devil’s advocate against history.”