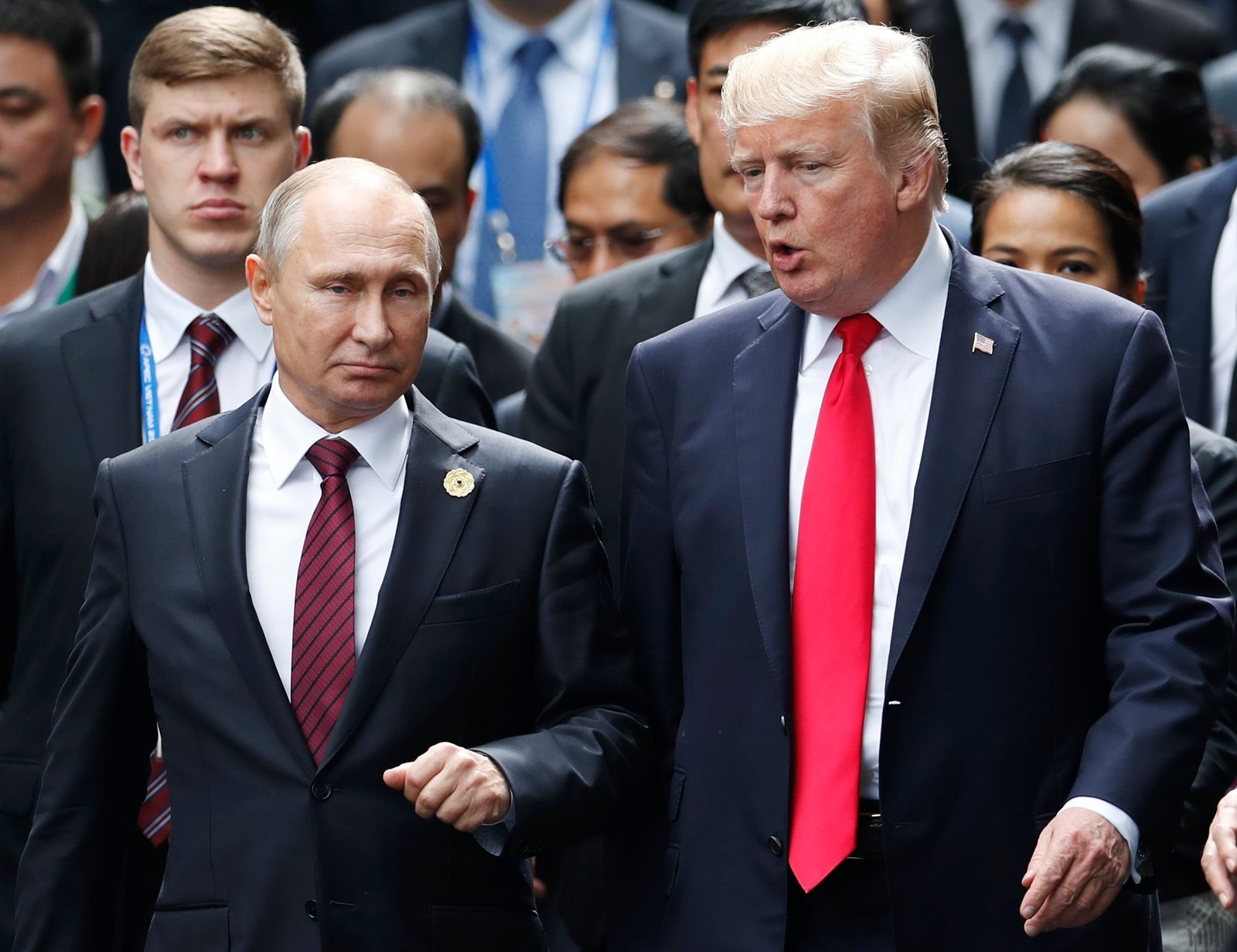 President Trump and some aides were furious Wednesday after the leak of sensitive notes for briefing the president before a call with Russian President Vladimir Putin, according to aides and a close associate.

The leak appeared designed to embarrass Trump for congratulating rather than confronting Putin — contrary to the notes’ recommendation.

“If this story is accurate, that means someone leaked the president’s briefing papers,” said a senior White House official not authorized to discuss the matter publicly. “Leaking such information is a fireable offense and likely illegal.”

Trump spoke with Putin on Tuesday and was criticized afterward, including by Republican lawmakers, for congratulating the Russian leader on his reelection Sunday. The president did so despite widespread outrage, including among other administration officials, asserting that Putin’s government has subverted democracy in Russia, continues to try to disrupt U.S. elections, is committing atrocities in Syria and recently carried out an assassination attempt in Britain using a military-grade nerve agent.

The Washington Post reported late Tuesday, citing unnamed officials, that Trump ignored a warning in his briefing materials, written in capital letters, that said, “DO NOT CONGRATULATE.” It is unclear whether the president saw the material, sources said.

Leaking such materials is an extraordinary step, given the level of sensitivity in contacts between the president and a foreign leader, especially a geopolitical rival.

The disclosure about the Putin call, however, is especially fraught, underscoring Trump’s much-criticized insistence on warm relations with Putin despite national security concerns, as well as the president’s own political and legal vulnerability amid a special counsel’s investigation of Russia’s election interference.

Significantly, the leak also suggests that dismay with Trump’s stance extends to his inner circle.

Those leaks seemed intended to portray Trump as naive and undiplomatic. One person who speaks regularly with White House officials said the most recent leak seemed particularly geared toward “infantilizing” Trump, who has ignored numerous suggestions that he rebuke Putin.

White House Chief of Staff John F. Kelly also is said to be infuriated — “on a warpath,” according to the person in close contact with national security officials. The leak further undercuts Kelly, who since arriving last summer has sought to bring more order to the White House and ensure that Trump has high-quality briefing material.

“Trump’s mad enough and Kelly’s embarrassed to some extent that this is happening,” the person said. “And I’m pretty sure there’s going to be a scalp over this.”

People with knowledge of how the White House operates said the number of people who see Trump’s briefing materials is relatively small, perhaps 12 to 20, depending on the topic. They cautioned, however, that a wider circle could have learned that information secondhand.

Ned Price, a former CIA analyst and Obama administration national security advisor, said that the leak was just one problem, and that the call itself was concerning. He cited the fact that the president reportedly made the call from the White House residential quarters rather than the Oval Office, where more advisors can be on hand; that Trump’s preparation with national security advisor H.R. McMaster was apparently done over the phone; and that the written material consisted of handwritten notecards.

Normally, such calls would involve extensive preparation, with up-to-date intelligence insights, mounds of written materials and precise talking points discussed with the president in person, he said.

“The fact that it was leaked suggests that there is grave concern on the part of White House insiders about this offer of congratulations and what it means about the relationship between President Trump and President Putin,” Price added.

The senior White House official restricted his anger to the leaker, given the president’s need for confidentiality. “For him to be unable to get candid advice for fear of leaking is a real problem for government,” the official said.

Trump has ignored advice from many advisors to be more confrontational with Putin, believing he can better influence the Russian president through personal rapport. Administration policies, including sanctions announced last week, are more confrontational than the president’s rhetoric would imply. And some advisors contend that the administration is pushing back against Russia’s aggression with behind-the-scenes actions, particularly in Syria.

Trump used Twitter on Wednesday afternoon to respond to the controversy over the call: “The Fake News Media is crazed because they wanted me to excoriate him. They are wrong! Getting along with Russia (and others) is a good thing, not a bad thing.”

Trump wrote that Putin could be helpful in solving problems related to North Korea, Syria, Ukraine, Islamic State, Iran and “even the coming Arms Race.” He once again assailed his predecessors for failing to get along with Russia, saying that President George W. Bush lacked the “smarts” while Presidents Clinton and Obama “didn’t have the energy or chemistry.”

Trump also noted that Obama congratulated Putin after the Russian’s 2012 election, which at the time elicited some criticism. Yet the circumstances were different. Russia had yet to annex Crimea, further intervene in Ukraine, a U.S. ally, commit alleged atrocities in Syria and seek to disrupt U.S. elections as drastically as in 2016.

Trump’s reluctance this week to criticize Russia’s widely disparaged election fits with a general shift in his foreign policy, away from America’s longstanding efforts to promote democracy in other countries.

Many in the national security community want a tougher public approach from Trump, however, and think Putin has gotten the better of the relationship.

In contrast to the White House, the State Department was critical of the Russian election, citing numerous efforts by Putin to silence opposition and repress political freedoms.