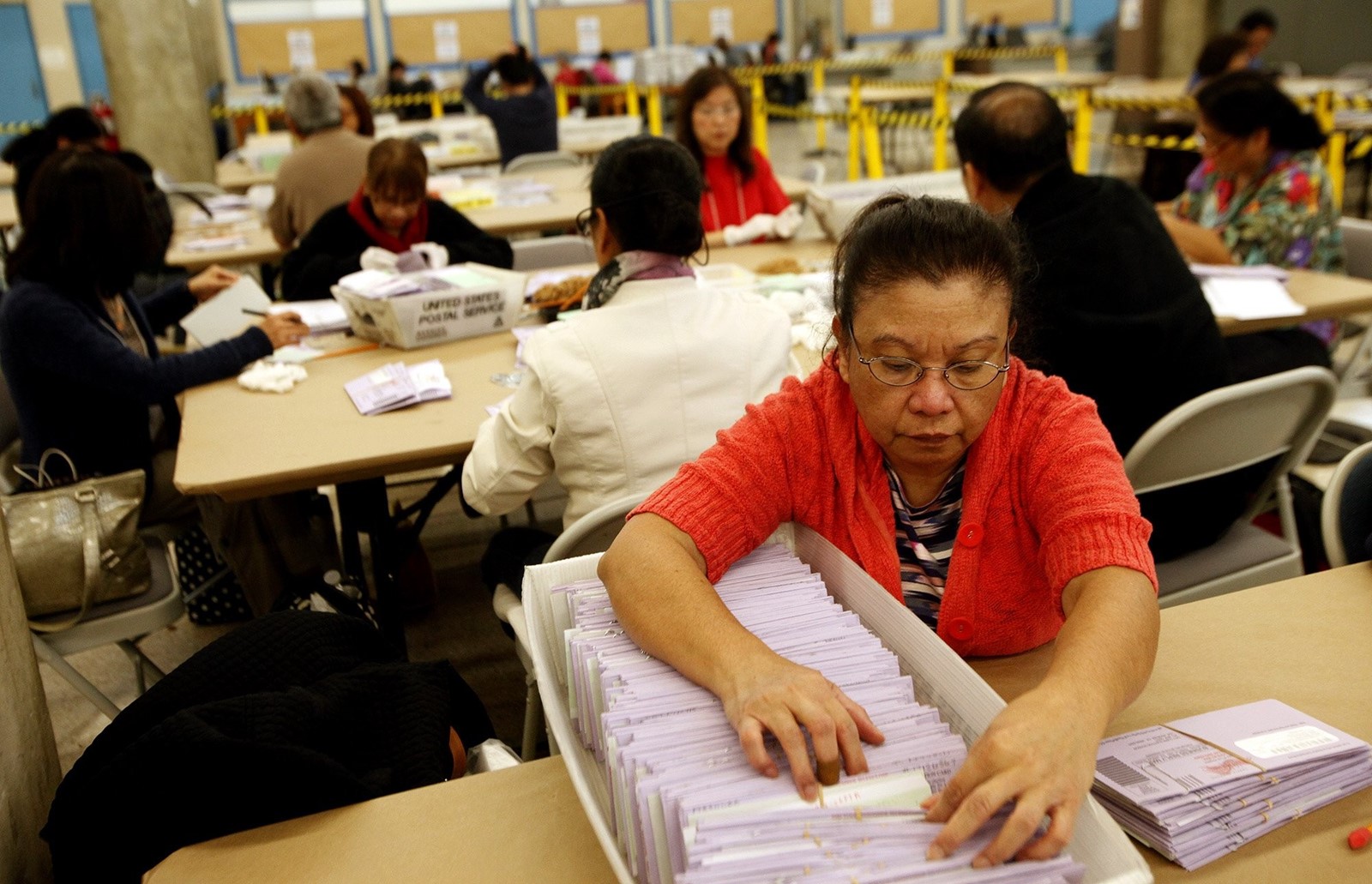 THE LAW comes 13 months after a man sued because his ballot wasn’t counted when his signature couldn’t be verified. Above, ballot inspectors in L.A. in 2015. (Genaro Molina Los Angeles Times)
PREVIOUS IMAGE

A California voter whose signature can’t be verified on an absentee ballot will have eight days to fix the problem under a law signed Monday that takes effect immediately.

It was one of two laws signed by Gov. Jerry Brown to boost the rights of those who vote by mail. Brown also signed legislation requiring elections officials to create a system in which voters can track their ballot, a service that wouldn’t be available until 2020.

The sloppy-signature law comes some 13 months after state and local elections officials were sued for refusing to count Sonoma County resident Peter La Follette’s ballot because his signature didn’t appear to match the one on his official registration form. In all, the plaintiffs claimed, as many as 45,000 ballots weren’t counted in 2016 because local elections officials had no uniform rules for how to determine whether signatures matched.

Until now, California did not have any mandate that a voter be made aware of such a problem. A similar standard for signatures in Florida was rejected by a judge in 2016, who wrote that a voter’s ballot shouldn’t be rejected “for no reason other than they have poor handwriting or their handwriting has changed over time.”

Absent the new law, the problem was likely to keep growing along with the rise in absentee voting. In November 2016, 61% of the state’s voters received a ballot in the mail. The new eight-day period will be in effect for the statewide election on Nov. 6.

Brown also signed a bill that will eventually allow California voters to track the status of their ballot by signing up for email or text message notifications. The law envisions that local elections officials could also send reminders to those who haven’t cast their ballot as election day approaches.

“If you can track your online purchase of toilet paper from the time it is shipped to the time it is delivered, you ought to be able to track something in the mail as important as your ballot,” said the bill’s author, Assemblyman Marc Berman (D-Palo Alto).