in Eagle Rock pays to wipe out bills for 5,555 L.A.-area households. 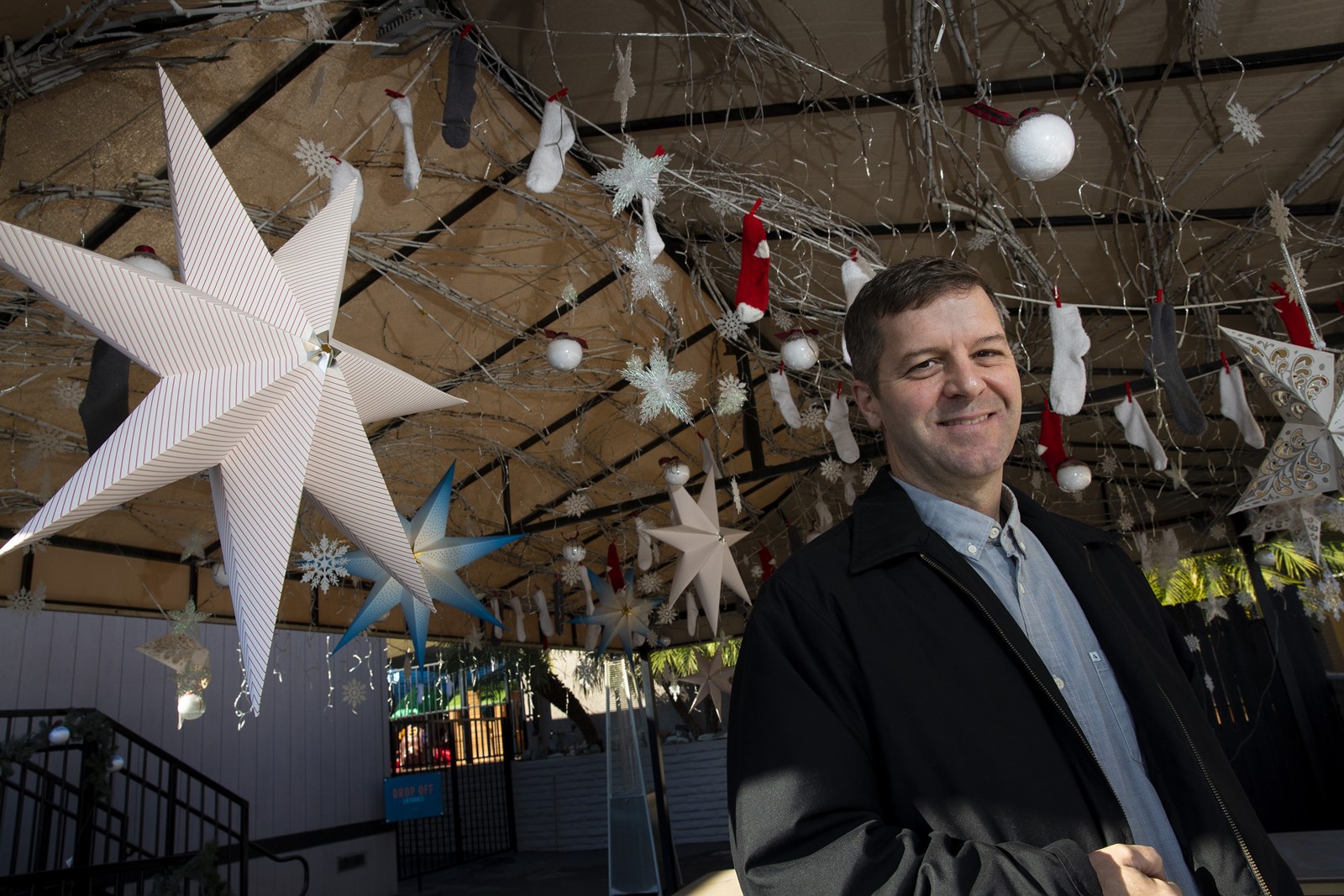 In an astounding Christmas gift, an Eagle Rock church is wiping out $5.3 million in medical debt for thousands of low-income Los Angeles-area residents.

Using more than $50,000 worth of donations from parishioners, Christian Assembly Church is working with a debt forgiveness nonprofit to help erase bills for 5,555 households who earn less than twice the federal poverty level.

Twenty-eight cities in Los Angeles County were selected for the debt relief program based on neighborhoods where church members live. Areas represented by 15 or more households from within the church community were chosen, including the city of Los Angeles, Azusa, Hollywood, San Gabriel, Sylmar and Glendale.

“We are able to give a Christmas gift to the people of Los Angeles, no strings attached,” Pastor Tom Hughes announced to cheers and a standing ovation during the church’s Christmas services last weekend.

RIP Medical Debt, a nonprofit started in 2014 by two former debt collectors, uses donations to buy large bundles of medical debt for pennies on the dollar. Collection agencies typically sell debts for a fraction of the cost to bill collectors, who then pursue the original amount. It takes roughly $100 to erase $10,000 worth of debt. The church’s $50,000 donation can forgive more than $5 million for those who owe.

Church member Jean Kellett of Sherman Oaks said that when she learned of the debt relief plans during Sunday’s service, she wept.

“Everyone was really touched. Tears began streaming,” said Kellett, who has been attending the church since 2003. “There wasn’t any better expression of Christmas than what they have done.”

Hughes said that as a church leader, he has seen how debt can weigh on people. Medical bills can add up for those without — or even with — health insurance and often are a contributing factor to personal bankruptcy and homelessness.

When a pastor in Baltimore told Hughes, 45, about RIP Medical Debt, he reached out to the group and created a plan that would allow the church’s donations to help a multitude of L.A. County residents. In 2016, the debt forgiveness organization worked with “Last Week With John Oliver” to erase $15 million worth of medical debt for 9,000 people.

“Basically, every person I’ve ever met has probably known someone who has a medical condition that’s come out of the blue,” Hughes said.

While the gift will have an expanded impact, it’s not the largest donation Christian Assembly Church has made. In February, the church — which was founded in 1907 and has been at the Eagle Rock address since the 1970s — delivered $1.2 million in cash to open a hospice center in Kenya.

But the medical debt donation has garnered perhaps the most attention in the church’s history, as pastors from Seattle to San Diego have reached out to learn how their churches can do something similar.

Hughes, who has served at the church since 2002 and in the position of co-lead pastor since 2007, thinks the interest may be because this gift resonates with so many.

Jill Rhodes, a community pastor at the church, said that staff members learned of the plan a couple of months ago and that they worked hard to keep it a secret until the official announcement was made.

“I love that our church is doing this. I’m especially excited for all those who will receive letters,” she said. “I can’t imagine what it will be like to get that news in the mail.”

Recipients started receiving notifications last week, Hughes said. The names of those receiving the debt forgiveness gift will remain confidential under federal medical privacy laws. Hughes said the letters would include an email address if any of the beneficiaries would like to share their story with RIP Medical Debt and the church.

“Even if we get a few people that write in, it would be great to tell their stories and hopefully inspire other churches to have compassion on the poor,” the pastor said.

As word of the charitable contribution spread, many took to social media to applaud the activism.

“This is what a church’s money is for — not buildings and sound systems, but actually directly helping people in need,” one person wrote on Facebook.

One man said he shared the story with friends in Korea, and a person from Nashville said the inspiration to emulate the charitable act would be widely felt.

In addition to the debt forgiveness program, the church plans to work with credit agencies to repair people’s credit scores. Hughes said he hopes the cancellation of people’s medical debts will also put an end to bill collectors’ phone calls and bring a source of comfort to those in need.

“Giving someone a tangible sense that I’m not alone, someone cares, someone sees me — that’s a win,” he said.