Ending Korean War not so simple

In push for peace, U.S. troop presence and North’s nuclear arms have to be considered. 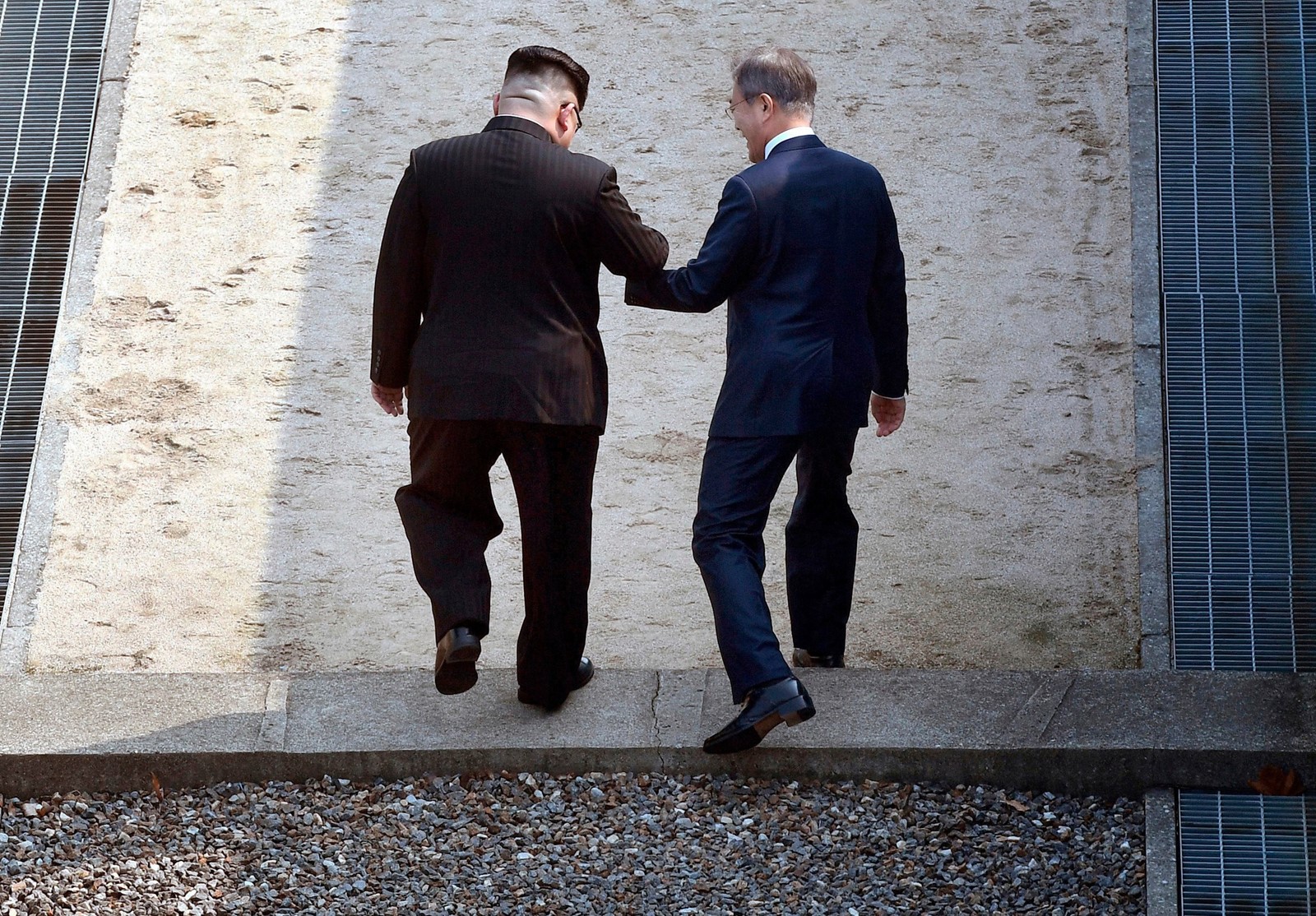 It will take more than the Singapore summit to end the Korean War. And some Korea watchers, inveterate peaceniks included, aren’t sure it’s a good idea to formally end the war anyway.

Three years of terrible fighting in Korea came to a close with a 1953 armistice agreement rather than a peace treaty, so technically speaking the war is still going on.

President Trump has seized upon this historical anomaly in the run-up to Tuesday’s summit with North Korean leader Kim Jong Un, pledging to try to bring the frozen conflict to an end when they sit down on Sentosa Island.

“KOREAN WAR TO END!” Trump tweeted in late April after the leaders of the estranged Koreas met on the border that divides them. Trump also brought up the issue on June 1 when he met with North Korean envoy Kim Yong Chol at the White House.

“We talked about ending the war. And you know, this war has been going on — it’s got to be the longest war — almost 70 years, right?” he told reporters.

Although the president skipped over the aptly named Hundred Years’ War between England and France, among other lengthy conflicts, the Korean War has improbably endured beyond any reasonable expectation.

The 1953 armistice was the unsatisfying compromise at the end of a fratricidal conflict early in the Cold War, one that left about 3 million soldiers and civilians dead, including about 37,000 U.S. soldiers, and ravaged the Korean peninsula.

The cease-fire formally divided the peninsula, which had been unified for centuries, with a demilitarized zone roughly along the 38th parallel. The Korean leaders on both sides of that border were so disappointed with their failure to seize the entire peninsula for themselves that they didn’t insist on a peace treaty.

And so the civil war still flares up occasionally — most seriously in recent years with a torpedo attack on a South Korean warship in 2010 that killed 46 sailors. But Pyongyang’s development of nuclear weapons and intercontinental ballistic missiles has transformed the local conflict into a global threat.

“Initially the conflict was a North Korea threat to South Korea. But the situation now because of the nuclear program is about a threat to the U.S. and Japan and a general threat to world peace,” said Jeong-ho Roh, a Columbia University law professor who is studying the armistice.

He said that Trump’s apparent intent to push for a peace treaty, ironically, could make his more ambitious goals — curbing or eliminating North Korea’s nuclear arsenal — more difficult to achieve.

“If you sign a peace treaty without denuclearization, you are giving de facto recognition to North Korea as a nuclear state,” Roh said. “You are giving North Korea exactly what it wants and perpetuating the problem.”

Declaring an end to the war may also remove the justification for keeping 28,000 U.S. troops stationed in South Korea. They serve as a tripwire to keep North Korea from re-invading; doing so with American troops in the way would bring the U.S. into the war — again.

Trump has complained about the cost of keeping U.S. troops abroad, so he might see a pullout as a plus. And many young South Koreans bristle at the presence of the troops, believing the United States has allowed the conflict to drag on to maintain its beachhead in their country.

In order to have a meaningful peace treaty, Klingner said, North Korea not only has to give up its nuclear arsenal and infrastructure, but also remove thousands of artillery pieces, and a huge army, from near the border.

As an example, she cited the accession of former Soviet bloc countries to the European Union after the Cold War. “The ones who wanted to get in had to meet certain standards,” she said.

Trump’s aides have counseled him not to move too hastily to end the war. He appeared optimistic Saturday before leaving for Singapore, however, saying the prospects for peace were great.

“This has not happened in all of the years that they’ve been separated by a very artificial boundary,” he said.

In fact, Trump cannot simply declare an end to the war.

Most likely a peace treaty would need Senate approval, although international law specialists say it might be possible to circumvent that by going directly to the United Nations, since U.S. troops fought under the U.N. flag. (In 1950, when President Truman sent troops to Korea for what he called a “police action,” he bypassed Congress by going through the newly created U.N.)

There are other complications in the clunky construction that is the armistice agreement. Signed on July 27, 1953, it called for “a complete cessation of hostilities and of all acts of armed force in Korea until a final peaceful settlement is achieved.”

A U.S. general signed as the representative of the United Nations. North Korea, under heavy pressure from China and Russia, reluctantly signed but has vowed repeatedly to withdraw from it.

The third signatory was an entity that no longer exists — the Chinese People’s Volunteer Army, a legal fiction created by communist leader Mao Tse-tung, who didn’t want to publicly acknowledge China’s role supporting North Korea. Beijing disclosed decades later that nearly 3 million Chinese fought in the war, and about 160,000 died or went missing.

Over the years, the State Department has examined the legal challenges of converting the armistice to a permanent peace treaty.

“The issues are more complex than may appear at first glance,” opined Patrick M. Norton, a government lawyer who wrote one such study in the 1980s, when the Reagan administration was weighing negotiations with North Korea.

The study was updated and published a decade later after the Clinton administration reached the 1994 deal known as the agreed framework that gave North Korea energy assistance in return for a nuclear freeze.

Now in private practice, Norton said that the legal challenge will be less daunting than the diplomatic.

“If there is a will and the right parties are in agreement with the substance, the paperwork is something the lawyers will figure out,” he said.