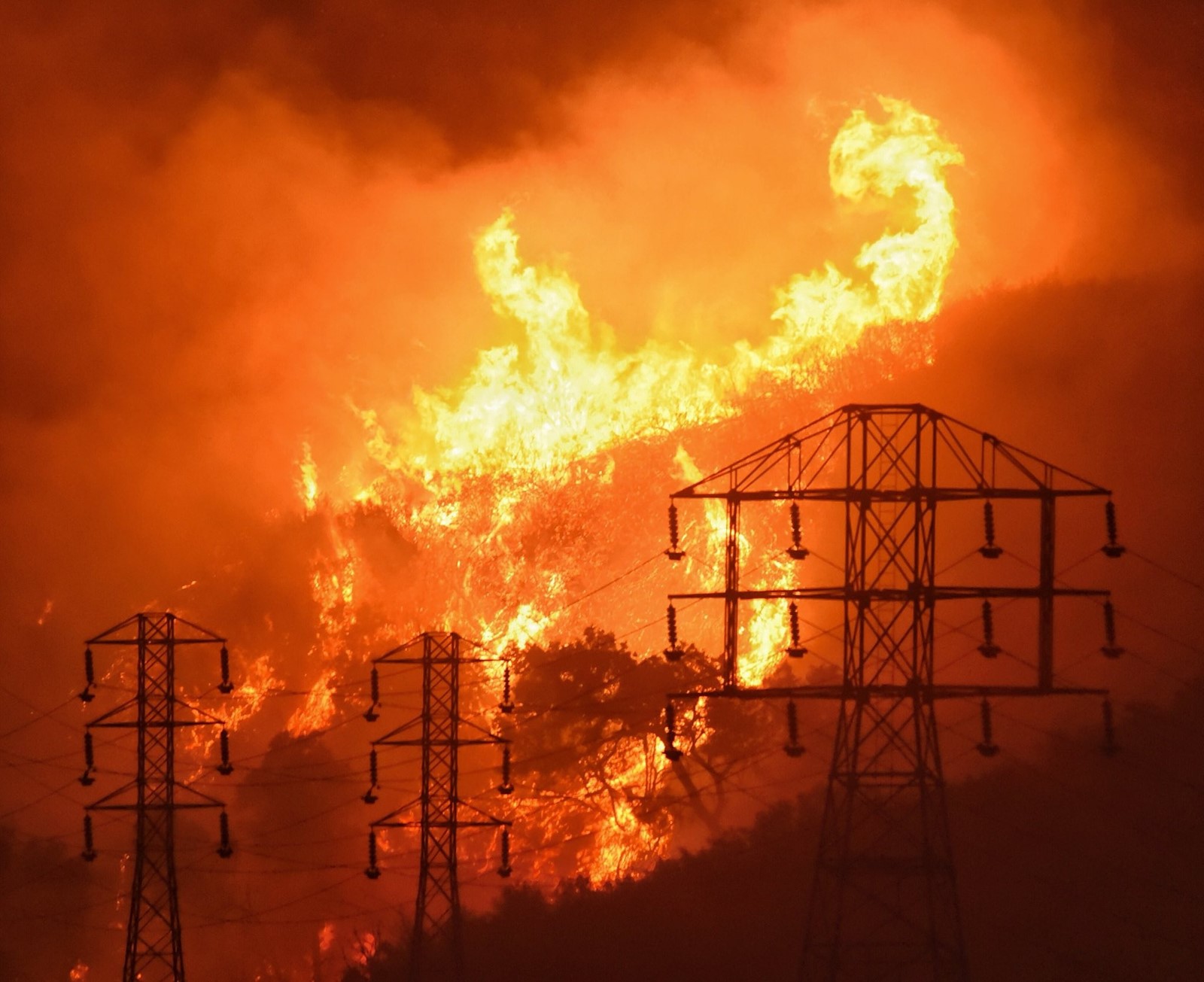 THE THOMAS FIRE in December was the largest wildfire on record in California. (Mike Eliason Associated Press)
PREVIOUS IMAGE

tragic losses of homes and lives in wildland fires in California over the past year, Gov. Jerry Brown announced a “major offensive” against fire, in the form of a “Forest Carbon Plan.” The governor proposes to use $254 million of taxpayer money to double logging levels in California’s forests — to “at least” 500,000 acres a year — and to achieve it, he wants to reduce environmental protections.

Moreover, reducing environmental protections in forests, and increasing logging, as Brown proposes, does not tend to curb fire behavior — in fact, it typically does the opposite. This is because logging reduces the cooling shade of the forest canopy, creating hotter and drier conditions, and removes tree trunks, which don’t burn readily, while leaving behind “slash debris” — kindling-like branches and treetops.

The science is clear that the most effective way to protect homes from wildfire is to make homes themselves more fire-safe, using fire-resistant roofing and siding, installing ember-proof vents and exterior sprinklers, and maintaining “defensible space” within 60 to 100 feet of individual homes by reducing grasses, shrubs and small trees immediately adjacent to houses. Vegetation management beyond 100 feet from homes provides no additional protection. Subsidizing logging in remote forests won’t protect us; we need to live with fire, the way we do with earthquakes.

The governor’s plan alarmingly mischaracterizes climate science. Only a relatively minor portion of the carbon in forests (typically about 10%) is emitted during forest fires, because trees themselves are not consumed in wildfires — only twigs and “leaves” — pine needles, in the California forest fires — even where forest fires burn hottest. Due to vigorous post-fire regrowth, spurred by nutrient cycling from the fire, burned forests begin to absorb more CO2 than they emit generally within five years or less after fires occur.

By contrast, logging is a major source of CO2 emissions because less than half the wood in a tree is usable as lumber. The rest is burned or quickly decays in a landfill. “Thinning” operations actually cause a large net decrease in forest carbon storage and a net increase in emissions. “Thinning” sounds benign, but such projects often kill and remove more than 70% of the trees in a given stand, including many old-growth trees.

The governor’s plan emphasizes cutting down millions of dead trees, or “snags,” in backcountry forests to make wood chips that would be burned for kilowatts in “biomass” energy plants. In essence, this substitutes wood for coal in power generation. It may sound sustainable, but it isn’t. As dozens of the nation’s top forest and climate scientists recently pointed out, “burning forest biomass to make electricity releases substantially more carbon dioxide per unit of electricity than does coal.” Turning our forests into coalfields would only worsen climate change.

The Forest Carbon Plan also ignores hundreds of other scientific studies concluding that “snag forest habitat” — stands of dead trees among the living ones we see in pictures of the Sierra, for instance — are actually ecological treasures. They support native wildlife at levels comparable to old-growth forests. In this unique habitat, woodpeckers feed upon native insects that depend on dead trees, and excavate new nest cavities each year in the snags, which are softer than live trees. Bluebirds, nuthatches, flying squirrels, chipmunks, and dozens of other cavity-nesting bird and small mammal species then use the former woodpecker nests for their homes. But this rich wildlife habitat would be destroyed by Brown’s expensive and misguided plan.

A gift to the logging industry, the governor’s proposal will leave communities more vulnerable to wildfire, not less. It will harm forest ecosystems and accelerate climate change. Real success will only come when we advocate solutions that do not demonize nature, but manage our place within its sometimes-fiery embrace.