The president’s anger as his term ends is hastening the erosion of his power. 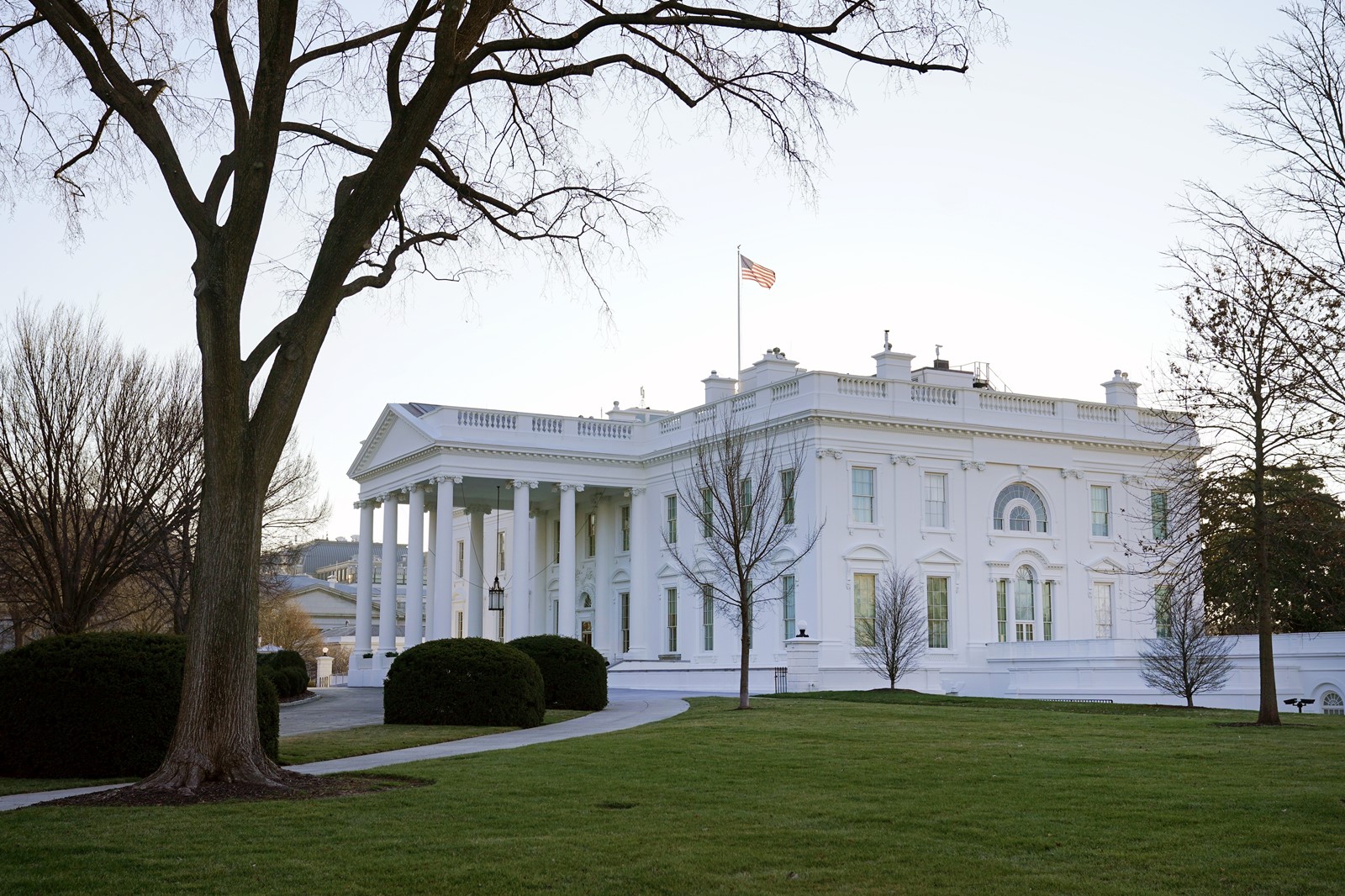 PRESIDENT TRUMP’S exhortations to supporters who later stormed the Capitol, and his unwillingness to condemn them, have prompted several resignations, including that of Transportation Secretary Elaine Chao. (Patrick Semansky Associated Press)
PREVIOUS IMAGE

After the mob he incited had been cleared from the Capitol and Congress resumed the work of formally announcing his electoral defeat, President Trump was on the phone late Wednesday night, grousing to an ally about what he saw as the day’s betrayals.

He was livid, according to one individual who spoke with him, at both Vice President Mike Pence, who carried out the constitutional role of overseeing Congress’ electoral vote count against the president’s wishes, and Sen. Kelly Loeffler, the Georgia Republican who at a rally alongside him Monday had vowed to join the challenge to the final vote, then backed down after the riot.

“She’s a liar,” Trump said, expressing regret about having flown to the Georgia rally to support her losing effort to keep her Senate seat.

The president’s fury over anything less than total loyalty from his aides and allies has been a hallmark of his presidency. But what administration officials described as his “uncontrollable anger” and “open hostility” in the final weeks of his term is only hastening the erosion of his power and the ability to command the fealty he craves.

Thursday night, in an apparent bid to stem the backlash, Trump released a video of just under three minutes, giving his most full-throated concession, even as he falsely claimed to have immediately dispatched the National Guard to quell the violence in the Capitol. Reading a statement, Trump took no responsibility for his role in the violence, threatened to prosecute his supporters for invading the building and attempted to look ahead.

“Congress has certified the results. A new administration will be inaugurated on January 20th,” he said. “My focus now turns to ensuring a smooth, orderly and seamless transition of power.”

He added that “defeating this pandemic and rebuilding the greatest economy on Earth will require all of us working together.”

But Trump’s incendiary exhortations a day earlier to a crowd of supporters shortly before they stormed the Capitol, and his unwillingness to condemn their insurrection, had by then prompted several resignations, including on Thursday a Cabinet member, Transportation Secretary Elaine Chao, and Mick Mulvaney, a former acting White House chief of staff and budget director who’d more recently been an envoy to Northern Ireland.

On Wednesday, a pair of advisors who had been with Trump his entire term announced they would depart early: deputy national security advisor Matthew Pottinger and onetime Press Secretary Stephanie Grisham, who had been serving First Lady Melania Trump since stepping down from that role.

Chao, the wife of Senate Majority Leader Mitch McConnell (R-Ky.), stated bluntly in a letter to her staff that the storming of the Capitol by a violent mob — “supporters of the president” — was “a traumatic and entirely avoidable event.”

“It has deeply troubled me in a way that I simply cannot set aside,” Chao wrote.

Mulvaney offered an equally pained explanation, telling CNBC: “I can’t do it. I can’t stay.” Just before the November election, he’d made a rosy prediction in a Wall Street Journal op-ed that Trump “will concede gracefully” if he lost.

For officials to resign with just 13 days remaining in the Trump administration was widely seen as more of an effort in image repair than any profile in courage after they’d abided years of Trump’s bullying and controversy. But the acrimonious 11th-hour divorce between the president and a GOP establishment he’d overwhelmed years ago has left him more isolated than at any point. By Thursday it was the White House under siege, by people in both parties.

John F. Kelly, another former chief of staff and before that Homeland Security secretary, told CNN that if he were still in the Cabinet he would support invoking the 25th Amendment to remove Trump from office. Democratic congressional leaders and at least one Republican lawmaker endorsed the move. Former Atty. Gen. William Barr issued a statement to the Associated Press calling Trump’s actions a “betrayal of his office and supporters,” adding that “orchestrating a mob to pressure Congress is inexcusable.”

Among Republican lawmakers, who have long feared Trump’s wrath and political retribution, more were growing comfortable with demonstrating some independence and openly criticized the president. Rep. Adam Kinzinger (R-Ill.) also called for invoking the 25th Amendment.

And former New Jersey Gov. Chris Christie, a longtime Trump ally, hinted his agreement, saying administration officials “need to think about what they’re going to do to be consistent with the oath they’ve sworn when they took their office.”

Trump’s formerly unchallenged standing within the party was greatly shaken after its losses in the two Senate election runoffs in Georgia on Tuesday, which cost the GOP control of the chamber — a shock that party leaders blamed on the president.

“He carries the base with him, but he’s so inept that he’s a paper tiger,” one senior Republican congressional aide said after Trump threatened to support primary efforts against Republican lawmakers he deems disloyal. “And he will soon be a paper tiger without the power of the office of the presidency.”

Even steadfast allies have gotten squeamish about defending Trump’s legacy, now tainted by his brazen effort to subvert the presidential election and incite his supporters to violence. “A self-inflicted wound,” Sen. Lindsey Graham, (R-S.C.) said Thursday, and one that would be an indelible “stain” on his presidency.

Inside the White House, uncertainty reigns. Trump went ahead with a private ceremony Thursday to award the Presidential Medal of Freedom, the nation’s highest civilian honor, to two professional golfers. Otherwise he was quiet. His social media accounts were suspended as a penalty for his incitements until Twitter restored his access after he released his videotaped statement in the evening.

No one in the press office responded to inquiries.

One Republican operative close to the president, who requested anonymity to speak candidly, predicted that numerous White House staffers still on the job would resign by week’s end.

“I don’t think he intended what happened yesterday but he owns it,” the Republican said. “I really think he doesn’t have anyone — including his family members — that can walk him off the ledge.”

A half-dozen current and former administration officials strongly criticized Mark Meadows, Trump’s current chief of staff, for enabling the president’s self-destruction. Specifically, they blamed Meadows for not resisting Trump’s demands to meet with Rudolph W. Giuliani and other outside legal advisors who indulged his conspiracy theories about his defeat. Late Wednesday, Pence’s chief of staff, Marc Short, was barred from the White House complex in retaliation for Pence’s refusal to contest the election results before Congress.

“It’s really heartbreaking to see,” said Joe Grogan, who led the White House Domestic Policy Council and resigned last May. Despite Trump’s loss, he said, “a month ago, the Republican Party was in a good position to really build on what Trump accomplished. You had all the new voters he brought in, a good feeling about taking the House in two years, and a great shot at winning both [Georgia] Senate seats. To see where this is today, it’s just brutal.”

Pence, after four years of subservience, has confided to friends his disgust with Trump for blaming him for not obstructing the peaceful transition of power. He issued a news release highlighting his speech in the Senate on Wednesday condemning the rioters and expressing his determination to “carry out the people’s business” by overseeing the election count. Unlike Trump, Pence also signaled his intention to attend Biden’s inauguration, traditionally a demonstration of respect for the democratic process.

Trump’s treatment of Pence, while no different than his excommunications of countless advisors and Cabinet secretaries, has angered Republicans across Washington, many of whom are calling now for a clean break with the outgoing president.

National security advisor Robert O’Brien, who considered resigning, made a point of praising Pence in a tweet Wednesday as “a genuinely fine and decent man,” commending him for exhibiting “courage today as he did at the Capitol on 9/11 as a congressman. I am proud to serve with him.”

Mulvaney said Thursday that some administration officials are reluctant to leave because they view themselves as a check on the president’s worst instincts. “Those who choose to stay, and I have talked with some of them, are choosing to stay because they’re worried the president might put someone worse in,” he said.

Austin Cantrell, a former press aide, said those still working for Trump “are embarrassed by his inability to conceive that he lost the election.”

He added: “We staffers signed up to advance conservative principles, but inciting and enabling insurrection at the U.S. Capitol? Who can defend that?”