The trade war and its costs

The longer the U.S.-China feud, the more unpredictable its outcome 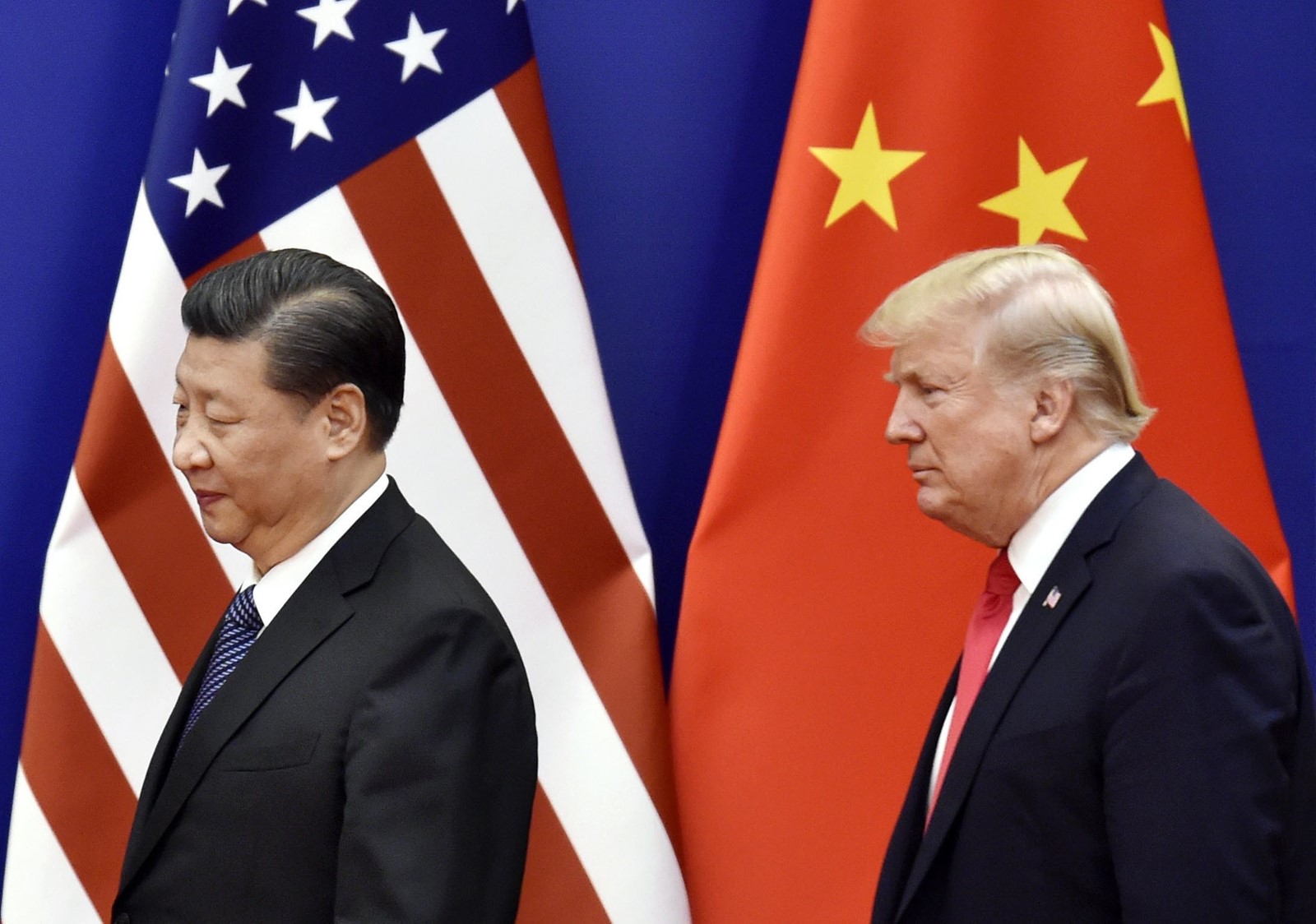 PRESIDENTS Xi Jinping and Trump at their summit in Beijing last November. The U.S.-China relationship since then has deteriorated quickly and significantly. ( Kyodo)
PREVIOUS IMAGE

President Trump and his supporters say he is winning his trade war with Beijing. Just look at the Chinese economy. The nation is dealing with a mountain of debt, and its growth and investment are slowing. But are Trump’s trade policies responsible? And if Trump keeps on pushing, can he win? And if so, at what cost?

No one is quite sure how far Trump plans to go in pressuring China with hefty trade tariffs. One analysis late last month by the Australia-based ANZ Bank predicted the warfare will last until 2020 because the two sides are so far apart. Washington accuses China of stealing American intellectual property and demands it open its economy up more to foreign competition. China contends that it is playing by World Trade Organization rules.

Some analysts think the real U.S. objective is a gradual “decoupling” of the world’s two biggest economies, hitherto deeply entwined and interdependent. The U.S. government has blocked investments by several prominent Chinese companies — particularly in the telecommunications and high-tech fields — as threats to American security, and Chinese investment in the U.S. economy has plummeted. Meanwhile, some U.S. companies are planning to move operations out of China if the trade war drags on.

“There is no doubt that U.S.-China relations have flipped, from some kind of hedged, competitive engagement, to all-out competition on numerous fronts,” said analyst Richard McGregor of the Sydney-based Lowy Institute, who is currently in Washington. “It’s not just about trade. It’s geopolitical, military, diplomatic and economic, which is why there’s no real endpoint in sight.

“Both sides want to untangle parts of their economic relationship on national security grounds, to ensure that they don’t rely on each other in any pivotal areas. Business and trade used to provide some ballast to the geopolitical competition. Now, business is just another battleground.”

One interpretation popular in China is that the economic conflict is all about “containing” its rise as a high-tech global leader. The longer the warfare continues, the more uncertain its outcome, as both sides ratchet up pressure in ways designed to antagonize.

China’s economy is slowing and may slow down further, analysts warn. But it has nothing to do, they say, with Trump or the trade war. Instead, it is related to Chinese government policies since 2016 to bring the country’s mountain of debt under control.

For years, Chinese growth was fueled by credit, some of it issued by murky institutions known as “shadow banks” because they operated outside the formal banking sector, making it difficult for the government to control. Between 2008 and 2017, China’s credit grew faster than that of any other economy in history: by $29 trillion, compared with gross domestic product growth of $7 trillion.

It seemed the normal rules of boom and bust did not apply. But others say those days are ending.

Chinese GDP growth eased from 6.8% in the first quarter to 6.7% in the second, and it is expected to slow further in coming months. Spending on infrastructure was 6% in the first half, compared with 8.6% the previous year.

“China is no longer insulated from a slowdown in its economic growth by virtue of its extraordinary savings rate. Similarly it is not U.S. trade pressure that is bringing about this reckoning in its economic outlook. That’s very important because it means that China must change its course regardless of whether what we do here in Washington is naughty or nice,” said China economic analyst Daniel Rosen, launching a report he co-wrote, “Credit and Credibility: Risks to China’s Economic Resilience,” at the Center for Strategic and International Studies in Washington on Wednesday.

China has been moving to reduce bad loans by banks and off-budget loans by local governments, leading to an economic slowdown as credit tightens. Those moves are complicated by the trade war, which further threatens growth and puts the Chinese economy under additional pressure.

Trump seems so confident of victory that there is little likelihood he will ease up the pressure. He told reporters Monday that China badly wanted new trade talks, but that “it’s too early to talk … because they’re not ready.”

But the problem with trade wars that drag on is that they have a way of souring entire relationships. This week’s near collision between the U.S. destroyer Decatur and a Chinese warship in the South China Sea showed the potential for a serious military clash. The vessels came within 50 yards of each other. The United States accused the Chinese ship of “unsafe and unprofessional” conduct, and China warned the U.S. to cease “provocative” action.

There are other frictions: American sanctions on a Chinese military agency and U.S. sales of military equipment to Taiwan have angered China. Trump has also accused China of interfering in the U.S. midterm election. And after the recent arrest of a Chinese student suspected of spying, the Trump administration announced moves to limit visas to Chinese students in high-tech fields.

Vice President Mike Pence delivered a broad-ranging attack on China on Thursday, just days before Secretary of State Michael R. Pompeo is due for talks in China. The relationship has deteriorated so much, so fast in recent weeks that it is beginning to feel as if something has broken.

“Both China and the U.S. — and their leaders — currently seem committed to economic and security policies that will increase the tension between them, heighten the cost and scale of their de facto arms race, and at least marginally increase the risk of incidents, clashes, or more serious conflict,” military analyst Anthony Cordesman, former director of intelligence assessment in the Office of the Secretary of Defense, wrote in an analysis for the Center for Strategic and International Studies. He compared the U.S.-China competition to the arms race pursued by Britain and Germany before World War I, setting the stage for last century’s two most devastating wars.

“Each is pursuing policies that are broadening the range of technologies and forces it can use against the other. Each is adjusting its strategic posture to put more emphasis on containment and conflict. Each is effectively attempting to ‘win’ the future at the other’s expense,” he wrote.

As relations worsen, he continued, “it is becoming steadily harder to distinguish between efforts designed to limit or contain the other state and those that might lead to actual conflict.”