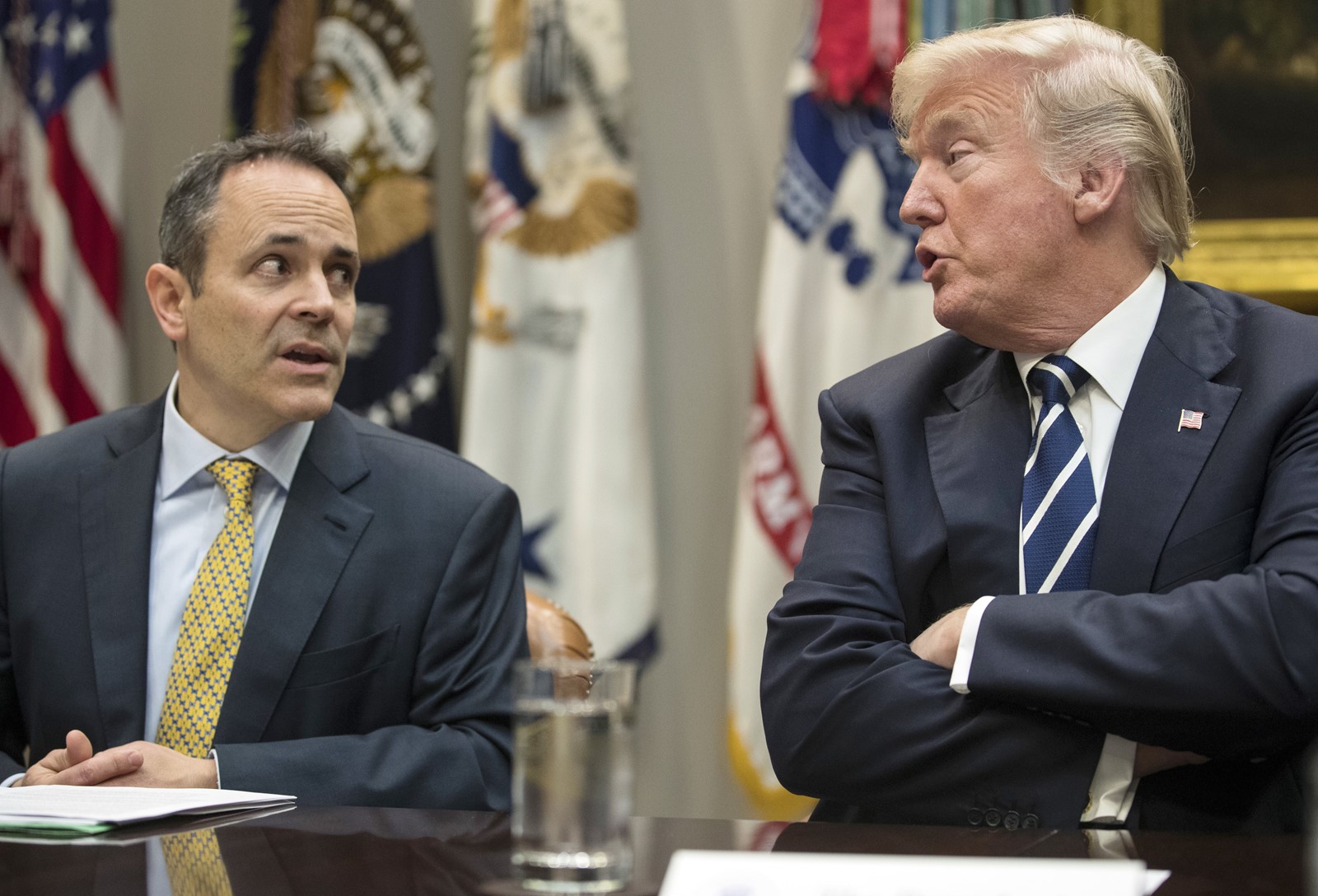 Kicking off what will likely be a long legal battle over the Trump administration’s push to reshape Medicaid, 15 low-income Kentucky residents sued the federal government Wednesday, challenging the recent move to allow states to impose work requirements on some Medicaid enrollees.

The lawsuit — spearheaded by three public-interest legal groups — accuses the federal Department of Health and Human Services of violating the core purpose of the half-century-old government health plan for the poor by granting a request from Kentucky to impose the work mandate.

The suit charges federal officials in Washington and state officials in Kentucky with taking steps designed to reduce access to Medicaid’s protections, including complex reporting mandates, higher costs and the work requirement.

“Allowing the state to ignore fundamental Medicaid protections will result in large numbers of low-income individuals and families losing healthcare coverage,” said Jane Perkins, legal director of the National Health Law Program, which is representing the plaintiffs alongside the Kentucky Equal Justice Center and the Southern Poverty Law Center.

The lawsuit was filed in U.S. District Court for the District of Columbia.

The Trump administration this month granted a request from Kentucky to break with decades of Medicaid policy and require working-age adults who are not disabled or acutely ill to work a minimum number of hours each week or participate in other “community engagement” activities, such as seeking work, going to school or volunteering.

Those who don’t meet the requirements or don’t provide adequate documentation will lose coverage.

Kentucky has projected significant cost reductions under the new policy, largely because growing numbers of poor Kentuckians will be caught up in the complex reporting requirements and paperwork, causing them to lose coverage.

But Trump administration officials said in approving Kentucky’s proposal that the change would “promote Medicaid’s objective of improving beneficiary health” and “provide incentives for responsible decision-making.”

The state will also be able to charge Medicaid recipients premiums for their coverage, joining several other states that have begun imposing more costs on poor patients.

The new requirements have been highly controversial, as there is little evidence that such approaches improve Medicaid patients’ health.

That is central to the lawsuit, whose outcome may hinge on whether courts view the Trump administration’s decision to grant Kentucky’s request — or waiver — as consistent with the program’s goals.

“The purpose of Medicaid is to provide medical insurance to people who cannot afford it, not to create barriers to coverage,” said Anne Marie Regan, senior attorney for the Kentucky Equal Justice Center. “Demonstration waivers are supposed to make access to healthcare easier. This approval does the opposite. It is not only in violation of Medicaid law but is immoral.”

The plaintiffs also argue that the Trump administration — which has pledged to “fundamentally transform Medicaid” — has overstepped its authority.

A spokesman at the federal Centers for Medicare and Medicaid Services — whose director, Seema Verma, is named in the lawsuit — said the agency’s policy is not to comment on pending litigation.

Kentucky has seen some of the biggest gains in coverage since full implementation of the Affordable Care Act, widely known as Obamacare, began in 2014. The state’s uninsured rate fell by more than half, making it a poster child for the the law under the Obama administration.

The coverage gains have also driven major increases in the share of poor state residents getting recommended medical care and a decline in the number who are putting off care because of cost.

But Gov. Matt Bevin, a Republican who inherited the expansion from his Democratic predecessor, has been a fierce critic of the health law, arguing it is unaffordable and pledging during his gubernatorial campaign to scrap the Medicaid expansion entirely.

Now, unless stopped in the courts, the state’s plan to introduce work requirements to Medicaid may pave the way for as many as 10 additional states to impose similar requirements.