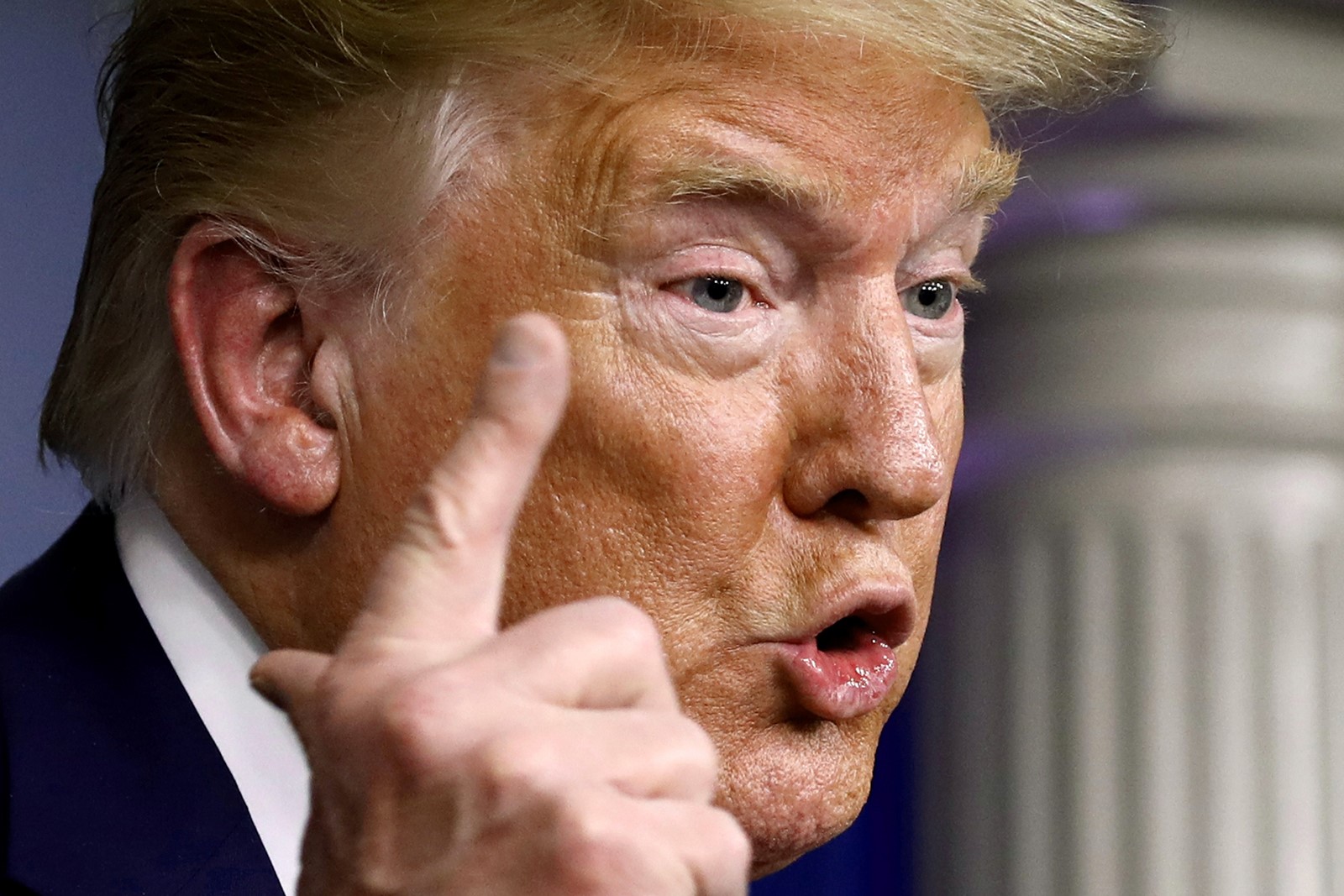 The Trump administration has abruptly changed its description of the Strategic National Stockpile and put forward a narrower vision of the role the federal government’s repository of life-saving medicines and equipment should play in supplying states’ needs.

The change comes as the White House already is facing growing anger and worry from governors over federal assistance to fight the coronavirus outbreak. But it conforms with President Trump’s insistence that the stockpile is only a short-term backup for states, not a commitment to ensure supplies get quickly to those who need them most during an emergency, the latest front in a concerted White House effort to try to put the onus for battling the crisis on the states, with Washington meant to play more of a supporting role.

Trump angrily defended the approach in his Friday news conference, his early sunny demeanor darkening as he was pressed on expected death rates and his son-in-law Jared Kushner’s comments suggesting the national stockpile is not intended for states. He sparred with reporters and contended that his administration was “doing our best for New York,” the pandemic’s epicenter, even as Gov. Andrew Cuomo has warned that the state is in danger of not having enough ventilators to help COVID-19 patients in a matter of days.

The alteration of the language describing the stockpile was reflected on government websites Friday, a day after Kushner, a White House senior advisor who has taken a larger role in the coronavirus response, offered a new argument about the supplies.

After saying that states should use their own stockpiles first, Kushner on Thursday said, “And the notion of the federal stockpile was it’s supposed to be our stockpile. It’s not supposed to be states’ stockpiles that they then use.”

Trump on Friday touted the number of supplies the federal government was sending to the states, including 8.1 million masks to New York. The president also directed the Federal Emergency Management Agency to prevent export of the N95 masks under the Defense Production Act. In new guidance, the Centers for Disease Control and Prevention urged Americans to wear masks in crowded areas, but Trump said he would not follow the recommendation.

Until Friday, the federal Health and Human Services website had described the stockpile as “the nation’s largest supply of life-saving pharmaceuticals and medical supplies for use in a public health emergency severe enough to cause local supplies to run out.”

“When state, local, tribal, and territorial responders request federal assistance to support their response efforts, the stockpile ensures that the right medicines and supplies get to those who need them most during an emergency,” it says.

But the changed version available Friday morning said the stockpile’s “role is to supplement state and local supplies during public health emergencies. Many states have products stockpiled, as well. The supplies, medicines, and devices for life-saving care contained in the stockpile can be used as a short-term stopgap buffer when the immediate supply of adequate amounts of these materials may not be immediately available.”

Officials at the agency said the change had been in the works for weeks, downplaying any connection to Kushner’s comments.

Meanwhile, the White House on Friday stepped up precautions to protect Trump and Vice President Mike Pence. Anyone who is expected to be in “close proximity” to Trump or Pence will be given a new, quick COVID-19 test, a spokesman said.

Trump took the new test Thursday and the White House doctor said results were back in 15 minutes. He tested negative.