is awash in ‘penis fish’ 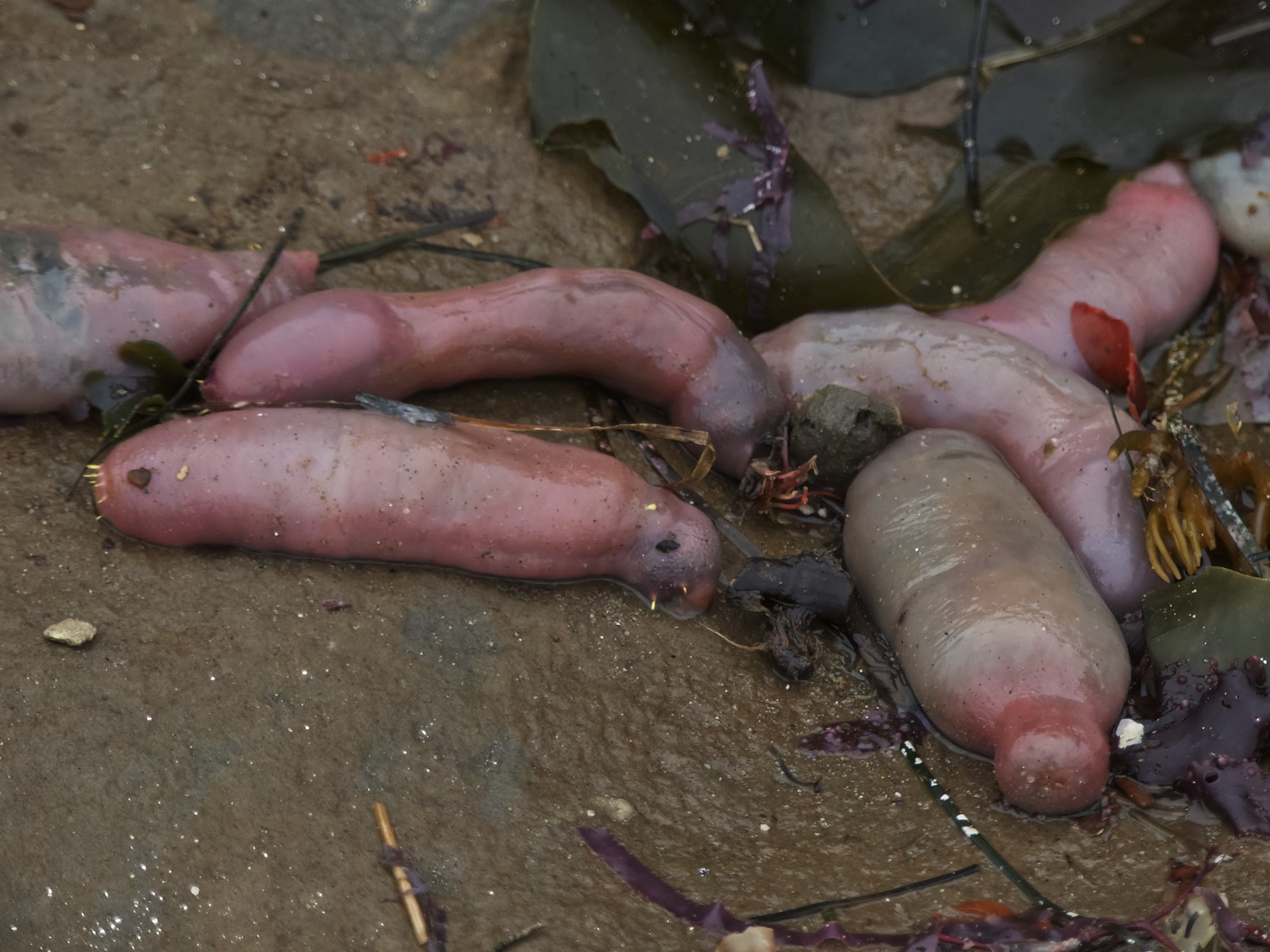 A phallic-looking phenomenon took over a Northern California beach last week after a strong storm uncovered thousands of fat innkeeper worms — colloquially known as penis fish — leaving them stranded on the sand.

Photographer David Ford was walking along Drake’s Beach in Marin County on Dec. 6 with his camera when he noticed a massive flock of seagulls that appeared to be munching on something on the shore.

The appearance of what the birds were eating might be enough to get a chuckle out of even the most mature beachgoer.

The seagulls were feasting on fat 10-inch-long innkeeper worms that were spread across the beach for miles. Some were clearly dead, but a few were bright red — a sign they were still alive. A stench that Ford described as “dead sea creature smell” hung in the air as the birds swarmed.

“All the seagulls had been eating them until they just couldn’t stand it anymore,” Ford said. “I walked for 40 minutes, and I didn’t get to the end of them.”

Fascinated by the spectacle, Ford sent his photos to Bay Nature, which runs a column called “Ask a Naturalist” to find out why the sea creatures ended up on the beach.

In response, biologist Ivan Parr explained that the worms, formally called , are a species of marine spoonworm that live between southern Oregon and Baja California. The worms, which are not often seen because they live burrowed in the sand, have been spotted between Bodega Bay and Monterey.

The invertebrates eat by creating a slime net that traps tiny bits of food drifting in the water, according to the Monterey Bay Aquarium.

However, strong storms and heavy surf can dislodge the creatures from their burrows, leaving them visible to people on the shore.

“So, whether or not you feel privileged by its presence, U. caupo is an almost uniquely California experience, perhaps having the best claim for State Worm,” Parr wrote.

Ford, who has dabbled in photography for the last decade, often goes to the beach to get shots of the elephant seals that take over the sand this time of year.

“There’s always wonders of the ocean, but this is one I hadn’t seen before,” he said. “The ocean really is a wondrous place.”